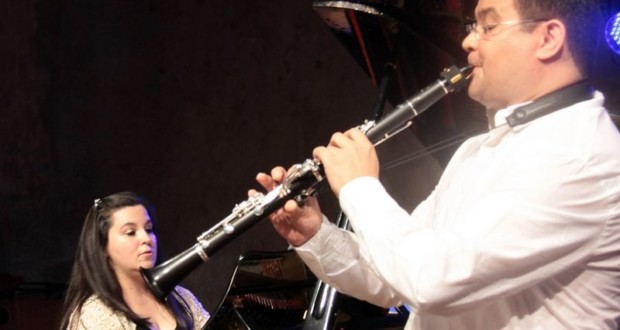 Three concerts are scheduled for the first day of the 34th music workshop of Curitiba. Classes start this Friday (8), the morning and afternoon, at PUC-PR., leaving aside for the night the Duo recitals Reed on Piano, Duo Gulin-Pilatti, the Japanese pianists Momoka Yano and Takayuki Nikaido, and the Chamber Music trio formed by violinist Winston Ramalho, the Alexandre Razera violist and pianist William Pozzi.

In a musical partnership of more than 15 years, the duo Reed on Piano, with Jairo Wilkens and Tarke Ortigara, has been one of the attractions of the editions of the music workshop. His interpretations reproduce the many expressive possibilities of this type of training. This time they play in the Palace of liberty, featuring a repertoire of works of composers of the early 20th century 20, as Czech Bohuslav Martinu, the Englishman Gerald Finzi and the Austrian Joseph Horovitz, and also a current work of American Steven Harlos.

With a rare Chamber music training, the duo of viola and flute with Rogério Gulin and Giampiero Pilatti is a novelty in the music workshop. The musicians, developing individual careers in the field of popular music and classical music, are starting a job of combining two instruments present in the Brazilian musical culture. The duo's repertoire is based on the works of Roger Gulin and transcriptions of classical music repertoire. The duo will be performing at 6:30 pm, in the theater of the Armory.

The young Japanese pianists Momoka Yano and Takayuki Nikaido are participating in the 34th Workshop at the invitation of artistic director Claudio Cruz and each does a performance in concert Friday, at 8:30 pm, in the chapel Santa Maria. Nikaido presents the Sonata No. 6 in a major of Sergei Prokofiev and Yano plays the Sonata No. 2 in b-flat minor by Sergei Rachmaninoff. The program of the night, in the chapel Santa Maria, still sonatas of Maurice Ravel and Johannes Brahms performed by trio Winston Ramalho (violin), Alexandre Razera (Viola) and William Pozzi (piano).

Previous: Philos session displays "the influence of the Beat generation", "Charlie Hebdo" and "Below" the day 8 January
Next: The rhetoric of the image in work of art “Velieri to Livorno” of Amedeo Modigliani by Alex Ribeiro