In the last 32 years, LaMinillo built his career in search of a plastic-visual identity, If stating – as quoted a historian at the University of Buenos Ayres, in the journal art and Critical of ABCA – “The most virtuous interpreter of Marcel Duchamp in Brazil, and the only representative of Deconstructivism in South American soil Abstract”.

This route began in the year of 1980, to join the FAAP, the artist explores for more than 15 years almost all areas of the Visual Arts: the engraving to painting, through photography, scenography, mural, illustration and advertising, with an important parenthesis as a stylist (course held at SENAC late 80).

How well quotes Noel Coret (…) The variety of media and techniques reveal a virtuoso knowing play with all materials with a disconcerting ease. (…) But it is through the painting that the artist is revealed in full. 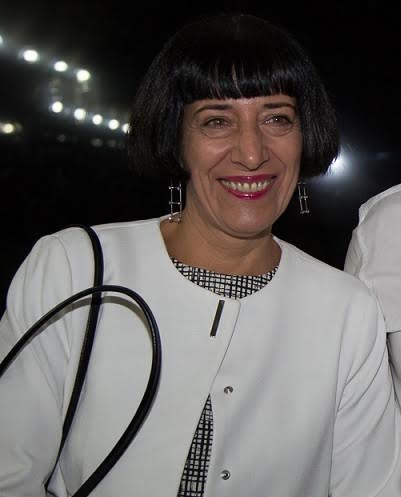 Starting from hyper-realism, exploited to exhaustion for a period of approximately 10 years, the artist walks in search of his own abstraction.

This abstraction of early 90 the deconstruction of the last ten years the road has been long and always figuration was present – as the French art critic CITES JP Gavard Perret – (…) the way same, laMinillo works just like an alchemist, his work quietly sensual and lyrical, almost Romantic, the way same, his characters are more androids than humans, the artist nude bodies, but far from any stripping the artist shows how a true ' abstracteur of quintessence» cultivating as Baudelaire says “a Holy horror of positive trivia”, She proposes a great meditation on fate of art.

The artist, He has participated in several exhibitions in France, in China, twice in Japan, in Russia, and in Saudi Arabia, among so many other; LaMinillo is the only brazilian – After Victor Brecheret, precisely 85 years after this – to be awarded at the Salon d Automne of Paris ’, being the only brazilian artist to receive the – Painting Award – This Salon, as well as the only artist in the history of the Salon to be awarded 3 times: in 2008, 2010 and 2015. 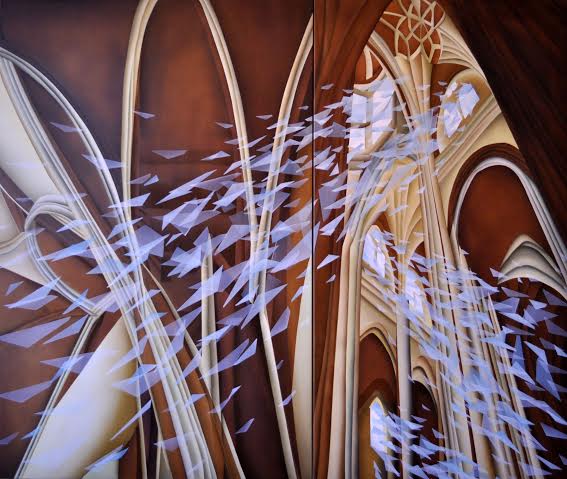 Where did you born?

Was born in São Paulo, of family 100% Italian mom and dad. So I consider myself first of all Italian.

And what is your academic training?

How and when you give your first contact with the Arts?

Since childhood. My first painting in oil on canvas still got was painted when I was 16 years old.

How did you find this gift? 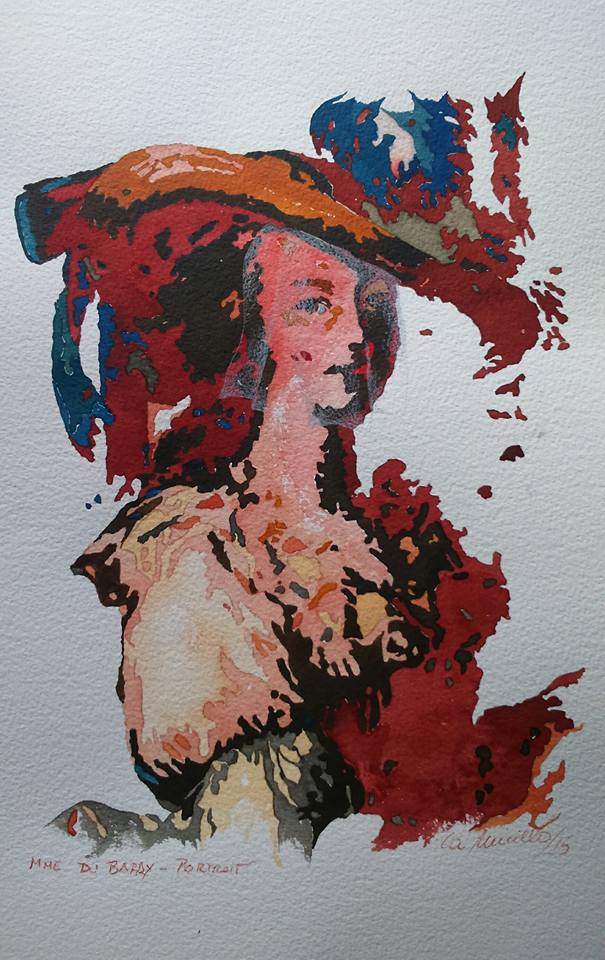 I've been through many, but without a doubt is Michel Foucaut while thinking.

Mainly oil on canvas. But traffic in other. Watercolors and drawings are always means of study. With the three-dimensional, especially the wood.

Everything and nothing inspires me. So that now, the work always starts by thought. What makes me Act are my doubts and questions. Perhaps what most cause in me the need to express myself through art is the same literature. 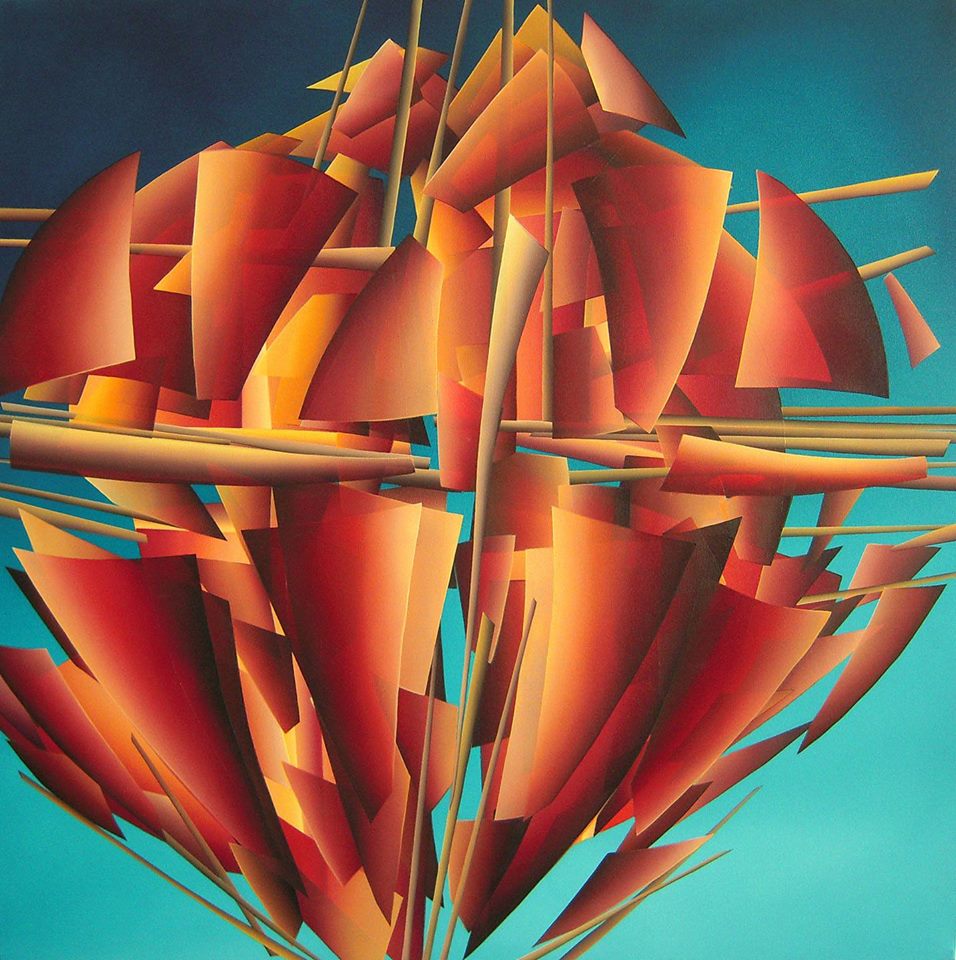 Professionally, in 1984 I sold my first work. 32 years have passed since then, and I never stopped!

Art is an intellectual production exquisite, where emotions are embedded in the context of creation, but in art history, we see that many artists are derived from other, following technical and artistic movements through time, you own any model or influence of any artist? Who would be?

Don't follow fashion, No school, neither looked up on other artists. My previous work, that came from a search that began in 1990, permeated my production 2014. Unleashed a study and consequently a deconstruction of the pictorial work of Marcel Duchamp. 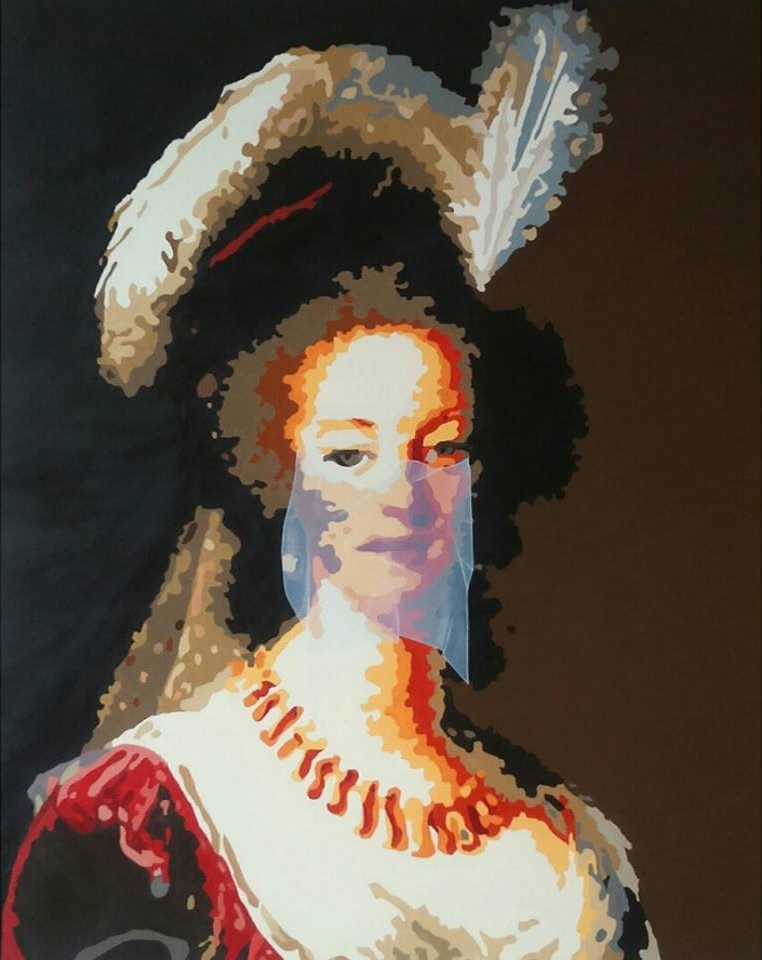 What does art mean to you? If you were to summarize in a few words the meaning of Arts in your life…

Art is my life. Absolutely everything I see is with my look of artist.

What techniques do you use to express their ideas, feelings and perceptions about the world? (Whether it is through painting, sculpture, drawing, collage, photography… or uses several techniques in order to make a mix of different art forms).

As I said earlier: Mainly oil on canvas. But traffic by other techniques. Watercolors and drawings are always means of study. With the three-dimensional, especially the wood.

Every artist has his mentor, that person who you have mirrored, you encouraged and inspired you to follow this career, going ahead and taking your dreams the other expression levels, who this person is and how it introduced you in the art world? 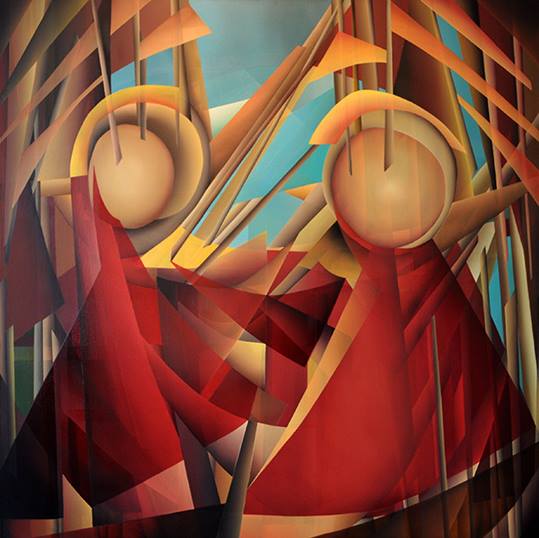 My Masters. To name a few: Nicolas Vlavianos, Carmen Spider, Walter Zanini, were especially important in my academic training. Walter Zanini gave me the best advice of life: You must travel and taste the world!

You have another activity beyond art? You give lessons, lectures, etc..?

A Autumn Salon in Latin America, created here in Brazil for me and my mate Claude, that began to be drafted in 2009, was born with its first edition in 2013, This work takes almost six months of my year of work, between the pre-production and delivery of works, because we follow all personally at each stage.

Its major national and international exhibitions and their awards?

Awards and most important distinctions:

Your plans for the future.

On my way up to when I'm allowed!

*Next year complete 40 years of painting, and my biggest wish would be to celebrate, If not these 40 years, the last 25. Because in this period is that I consider have truly started to go my way, in search of my true essence!! 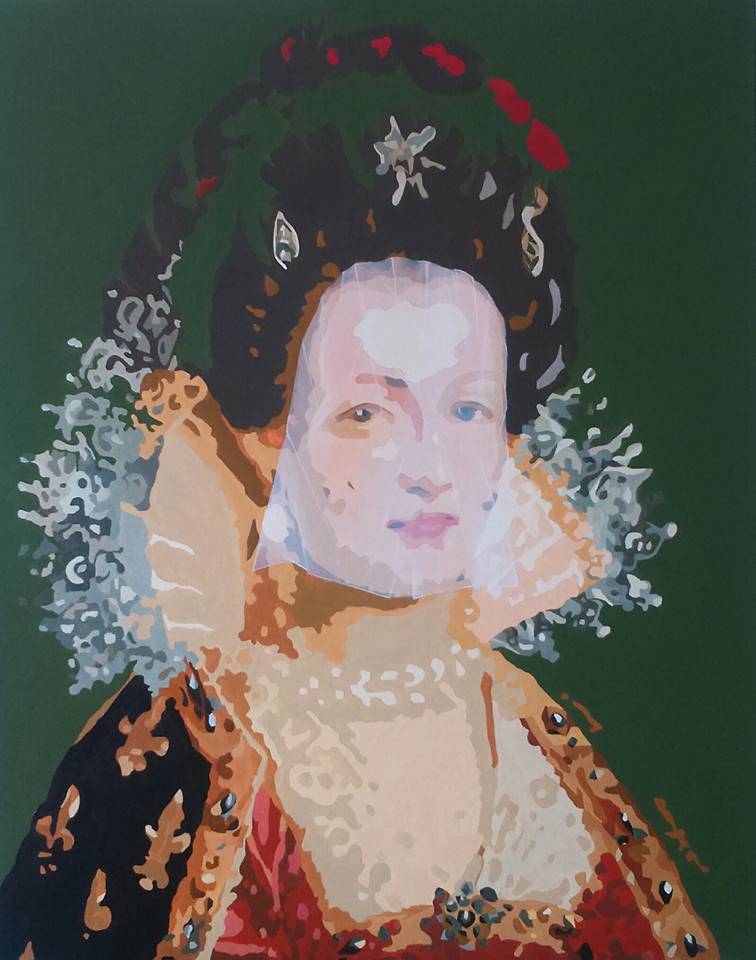 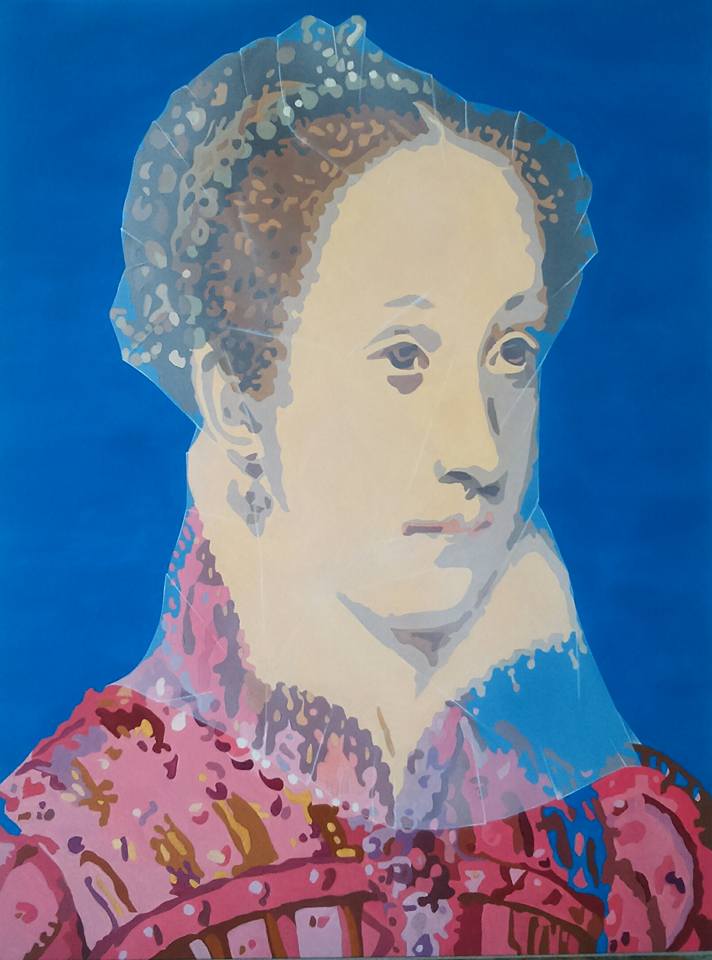 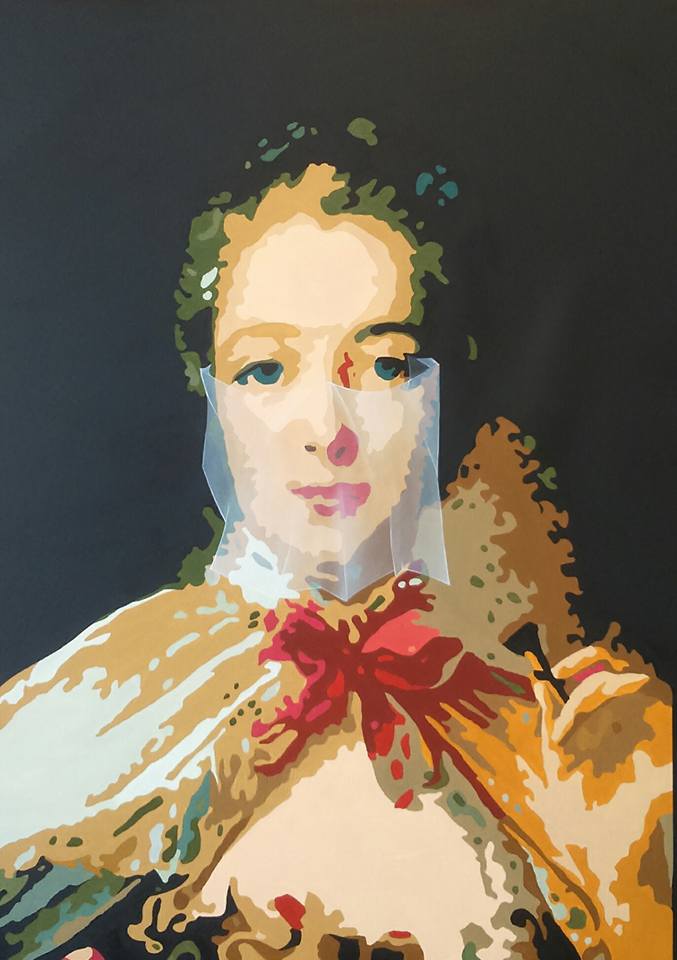 Previous: Shared Creation Centre receives group exhibition of 6 new creators
Next: “Focus on a goal and don't look back. The past no longer exists, What lies ahead depends on your attitude in this, it means, now.” by Giovani de Arruda Campos