Home / Art / Special 100 years of the Russian Revolution: four films to understand how she changed the world 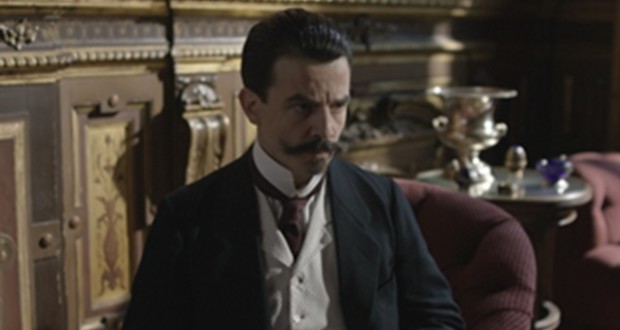 Special 100 years of the Russian Revolution: four films to understand how she changed the world

List selected by the Channel Philos has recent documentaries, from 2016 and 2017, on the conflicts that divided society between capitalists and Communists. Channel today is a reference for the collection of the highest quality, with content that can be accessed on demand and first month free for new subscribers

Communism versus capitalism, Scientific and technological dispute between Soviet Union and United States, the construction of the Berlin wall and the many wars of the so-called "cold war". A Channel Philos prepared a list with four recent documentaries to show the origin of the Russian Revolution, held exactly hundred years, and that shaped the reality of the present day. The result of the popular dissatisfaction with the inequalities and with acting unprepared in World War I, She gave birth to the first Socialist Regime in history, under the leadership of controversial and iconic Lenin.

In The Russian Revolution, the curiosities and dissatisfaction behind the reign of 300 years of the Romanov family are conquered in a long run the narrative commonly taught in schools. Following the conflicts between the family of Tsar Nicholas II and the Ulyanovs — family of Lenin (whose real name was Vladimir Ilyich Ulyanov) — the documentary contradicts the version of the revolutionaries took power and opens wide the noble origins of the leader who, one hundred years later, still the subject of controversy. In the documentary The Russian Revolution and the Romanov Family, the intimacy and the peculiarities of the Royal family are analyzed to understand how differences in behavior and privileges against the masses originated the civil war. The ideological and utopian communism veins are explored in the movies October 1917: The Artist of the revolution and Revolution: New Art For A New World through the image of Russian artists who followed and did the revolution and fought for equal rights for all workers, reduction of social inequalities and a less capitalist society. Through his works, great minds envisioned a rebirth from the ashes after the compulsory resignation of Tsar and accompanied a Bolshevik dictatorship which lasted until 1991.

To access the Philos, just add the channel to the package offered by your cable TV provider and have access to the entire collection of movies available, to see when and where you want, the first month is free. NET clients and I live pay only R$ 19,90 (Nineteen real and 90 cents) monthly and, those who opt to sign for Globo.com, the value is R$ 21,90 (Twenty-one reais and 90 cents) monthly. All videos can be watched on TV (using the decoder of the operator), on the computer — the site www.philos.tv — or in applications for iPhones, ipads and Android devices.

Check out the selection (with the respective links):

The Russian Revolution changed the course of the world. But as the mighty Romanov Dynasty was overthrown by a ragtag group of revolutionaries? This documentary investigates beyond history books. The war focused mainly on a personal dispute between two families. On the other hand, the Romanovs, in power for 300 years until then, and, the other, the Ulyanovs, from which Lenin was part.

October 1917: The Artist of the revolution

St. Petersburg, 1917. To understand this turbulent year, between the memories of artists Maxim Gorky and Kazimir Malevich. They were witnesses to the abdication of the Tsar and the conquest of power by the Bolsheviks. They wrote their daily anxieties and deepest fears and outsourced by your ideology of world art. His works were responsible for the social changes of this period in Russia.

The Russian Revolution and the Romanov Family

See Russian revolution of an unusual angle! This documentary illustrates the intimate routine of the Russian Royal family between the years 1905 and 1918, through the personal diaries of Pierre Gilliard, teacher of the children of Tsar. Understand the gap between the cut and the masses, the influence of Rasputin and the bloody Sunday of 1905, until the abdication of the Emperor and the rise of Lenin to power.

The message of the Russian Revolution was: equal rights for all workers. This included the artists, that have been repressed for centuries. In the search for new art for the new world, We're back to Russia before the depression. 1917, where an artistic revolution of extraordinary creativity came growing and gaining strength to be repressed and buried by the Bolshevik dictatorship.

Created by Globosat, the Philos is not a traditional channel. With a vast collection that brings together the best documentaries and unforgettable shows, Philos is available in the subscription video on demand (SVOD), where the viewer chooses the time and the content you want to watch, as many times as you want, by means of a signature. With high quality productions, Philos brings together documentaries on art, Science, history, updates, music, peoples and cultures; debates and interviews; and dance shows and music-all in high definition (HD). To access the Philos, It is necessary to hire the service through a pay TV operator that offers the package (NET and ALIVE, R$ 19,90 monthly) or by Globo.com (R$ 21,90 monthly), that gives you access to the entire collection. The content can be watched on TV (using the decoder of the operator), on the computer – the site www.philos.tv -or apps for iPhones, ipads and Android devices.

The premium product of Globosat also invests in other platforms and produces short content for YouTube with topics covering the channel collection on demand. The videos are updated every Tuesday, às 11h, in youtube.com.br/canalphilos. Who want to follow the news programming, can follow the Philos on Twitter (@PhilosTV), on Facebook (www.facebook.com/PhilosTv) and also on Instagram (www.instagram.com/philostv). There are still in Spotify (@PhilosTV) special channel playlists, inspired in productions of the acquis, with big names in music.