Timetables: Fridays and Saturdays, at 8:0 pm and Sundays, at 18h

In the days 22, 23 and 24 de Mayo -Friday to Sunday, in the theater Angel Vianna in Centro Coreográfico da Cidade do Rio de Janeiro, in Tijuca 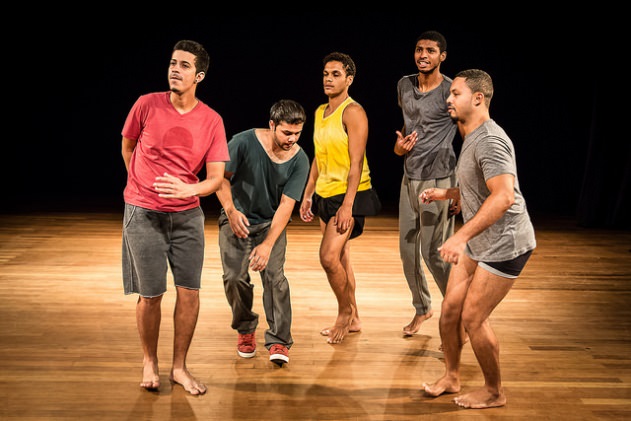 The new work of R.E.C dance company. premiere on Saturday, 9, at Carioca Dicró Arena, in Penha. Bô, that means You or You Cape verdian Creole – the third working group – is a creation on incorporations fast, fleeting States and fragments of memory. The research that gave rise to the show presents new directions of improvisation in dance. The public will be able to honor the work until day 17 de Mayo, Sunday.

A from the nation-building, the performers promote instant creations of movements and unusual encounters. The work, in addition, finds inspiration in the universe phenomena such as orbits, magnetism, attraction and repulsion forces between bodies, gravity.

On the relationship between the experiences of more unconscious movement and certain patterns of the universe, Bô creates a Web of apparently chaotic, but consistent links. The work presents an intense dance, full of humor and delicacy. 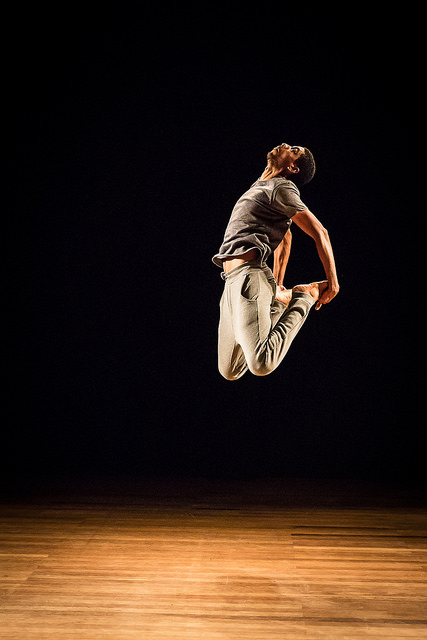 The choreographer Alice Ripoll explains that another influence on the construction of the choreography was the universe constructed by filmmaker Tarkovsky in Solaris”, from 1972. “In this film are parallel paths between States of consciousness, the reality of psychic phenomena like memory, and an unknown planet”. Movement patterns of the stars, as the orbits, inspired the group to visit a ritualistic environment and African ancestry, where capoeira influences appear in the drive, and the batucadeiras de Cabo Verde on labor music.

In previous works – Mahout and Katana – the Group deepened in a contact-based language, with choreographies that exploit duos, Trios or five dancers. Were explored images that arise from the encounter of the bodies, fittings, approximations, reflecting different ways to relate. In the new show, Instant creations cause particle speed dating but with the strength of bodies.

After season at Rio Arena Dicró, Bô follows the theater Angel Vianna in Centro Coreográfico da Cidade do Rio de Janeiro, in Tijuca, in presentations in the days 22, 23 and 24 de Mayo -Friday to Sunday. Still shows are planned on the South side or the city centre, still no dates set.

Alice Ripoll – Choreographer carioca, graduated and Postgraduated in Faculdade Angel Vianna. Since 2002 works with contemporary dance. Directs the Cia de dança REC, with which held the shows Mahout and Katana, the latter in co-production with the Festival Panorama. She is Director of Cia theatrical Wonder Rocket motion. Directed and played the jobs that the exits are multiple (2008), Tomorrow I Start (2007). Former Director of the dance company, from 2003 to 2006. He has worked with directors Dani Lima, João Saldanha, Alex Cassal, Felipe Rocha, Ivan Sugahara, Thierry Tremouroux, Renato Linhares, among others. In 2014 worked on two projects covered by the Carioca Culture Development Program of the city of Rio: the circus spectacle the pigeonhole principle, and the circulation of Katana, of Cla R.E.C. Also in 2014, directed Soft, within the project entering the Dance, that was presented at the Festival Panorama.

CLA. R.E.C. -Chain reaction – Created in 2009, the CLA R.E.C. charting its trajectory in the scenario comes from dancing in Rio and is consolidated as a potent group of artists from the periphery who draw up to recreate the contemporary art.

The group account Director Alice Ripoll and with five dancers, they met through dance encounters in an NGO in Rio de Janeiro. After the departure of NGOS, the Group was established as an independent company with the creation of the show Mahout, which premiered at the Festival Panorama, was awarded by edicts of circulation of city and State of Rio de Janeiro (F.A.D. and arts Circuit), and was presented in São Paulo, at SESC Pompéia.

Created in co-production with the Festival Panorama 2012, the second working group, Katana, was presented in theatres Gláucio Gill, Cacilda Becker, Angel Vianna and Shed Gamboa, in Rio de Janeiro, in 2013. In 2014, was presented at Lona Cultural da Maré (RJ) and was awarded by the Carioca culture fostering Program, the City Hall of Rio de Janeiro, to circulate the city Arenas. To 2015, of CLA maintenance project was awarded by the Carioca Culture Development Program II.

Timetables: Fridays and Saturdays at 8:0 pm and Sundays at 6:0 pm

Timetables: Fridays and Saturdays at 8:0 pm and Sundays at 6:0 pm

Timetables: Saturdays and Sundays at

Local: Teatro Eva Herz on Livraria Cultura, at the Center

Previous: Architecture Week – Lecture with Santiago Ribeiro at UNIP Sorocaba by Rosângela Vig
Next: Exhibition “We women” by Edmundo Cavalcanti