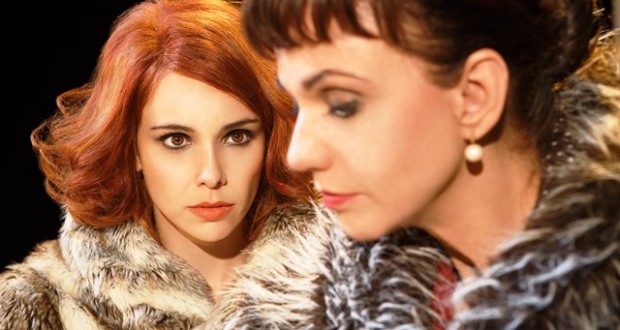 Contractions will have two performances on Saturday (5)

The 11th edition of the Fentepira (Festival Nacional de Teatro de Piracicaba) begins on the day 5 November (Saturday) with two free performances of the play Contractions, Award winning show with Deborah Falabella and Yara de Novaes in cast. The sessions will take place at the Teatro Erotídes field (The mill theatre), at 6:30 pm and 21 hours.

The play tells directed by Grace Passô for English text Mike Bartlett, in plot that brings bullying between boss and employee. Not to lose your job, Emma (Deborah) undergoes a series of absurd situations and abusive to please his manager (Yara). Divided between generate profit for the company and fulfill the whims of the Chief, Emma let his private life aside and surrender to madness.

Tickets for the two sessions will be distributed 1 hour before each performance, the box office of Teatro Erotídes field. The rating is 14 years.

From Sunday (6), the plays selected for the 11th edition of the Fentepira are shown for free at various points of the city. The schedule begins at the Teatro Erotídes field (The mill theatre) with the Dramatic Post Coffee, to 15 hours, with the participation of Jorge Company red sky blue. The Group of Sao Jose do Rio Preto (SP) also features, in the same location, to 19 hours, the play Mundomudo.

In the first day of official shows, Martha Watts Cultural Center receives the piracicabanos from the Depirarte Collective, with the show The river, the Hill and the garden, to 21 hours.

By 12 November, ten performances popularize the performing arts in Piracicaba and stimulate the exchange of ideas in three categories: adult theater, Theatre for children and adolescents and street theatre or free spaces.

FACTSHEET OF THE SHOW

Previous: Cloister in color display
Next: Mazo Auctions exposes works of art in the Icarus Space