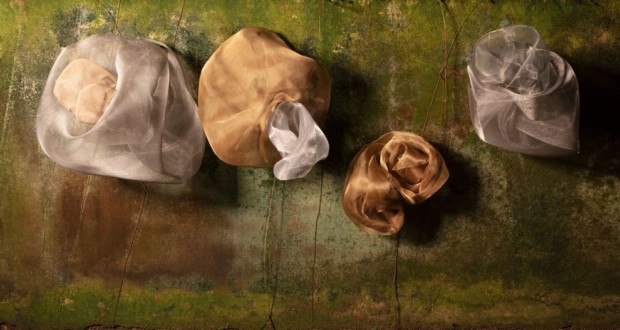 Inspired by the text by the writer Nilton Bonder entitled Eva's Wedding, that elucidates issues of human relations from Adam and Eve – in particular on clothing and “sets” that Eva would have at her wedding -, the artist Esther Bonder began to think about what the likely ambiences for the couple's wedding in Paradise might have been 5.781 years. In addition to the admiration for Nilton's text, Esther is also his wife, and that made their meeting even more inspiring for the theme proposed by the artist.

Of the idea, more than 20 unpublished works, between paintings and sculptures, made by Esther in her studio in the middle of a pandemic, that depict Eden: somewhere in the Middle East, where there is a Mesopotamian confluence between four small rivers. These works are part of the sensorial exhibition “Bodas de Eva”, that has aroma, scenography and sound to compose the setting that refers to the gardens of Eden and is on display from 1st to 26 March at Márcia Barrozo do Amaral gallery, in Copacabana.

Owner of a delicate and calming painting, but that at the same time brings the strength represented by the striking features, Esther works with dreamlike landscapes that turn into states of the soul. The landscapes, mostly dreamy, overflow the screen leaving traces so that the viewer is surprised by elements of this imaginary, making this an invitation to enter the gardens and stroll through them.

In one of the series, three screens of about 1,40 x 1,50 that represent the stages of the wedding day. Dawn of the Day, the Ritual Bath and Eva's Wedding, at nightfall, with subtle shades of green and blue and pink. Already in “Enamoramento”, series of three smaller screens, the elements take on colors of sand and earth. The sculptures made by the artist are objects called “inflorescences”. Made in metallic canvas they give shape to the same pictorial research of the artist. 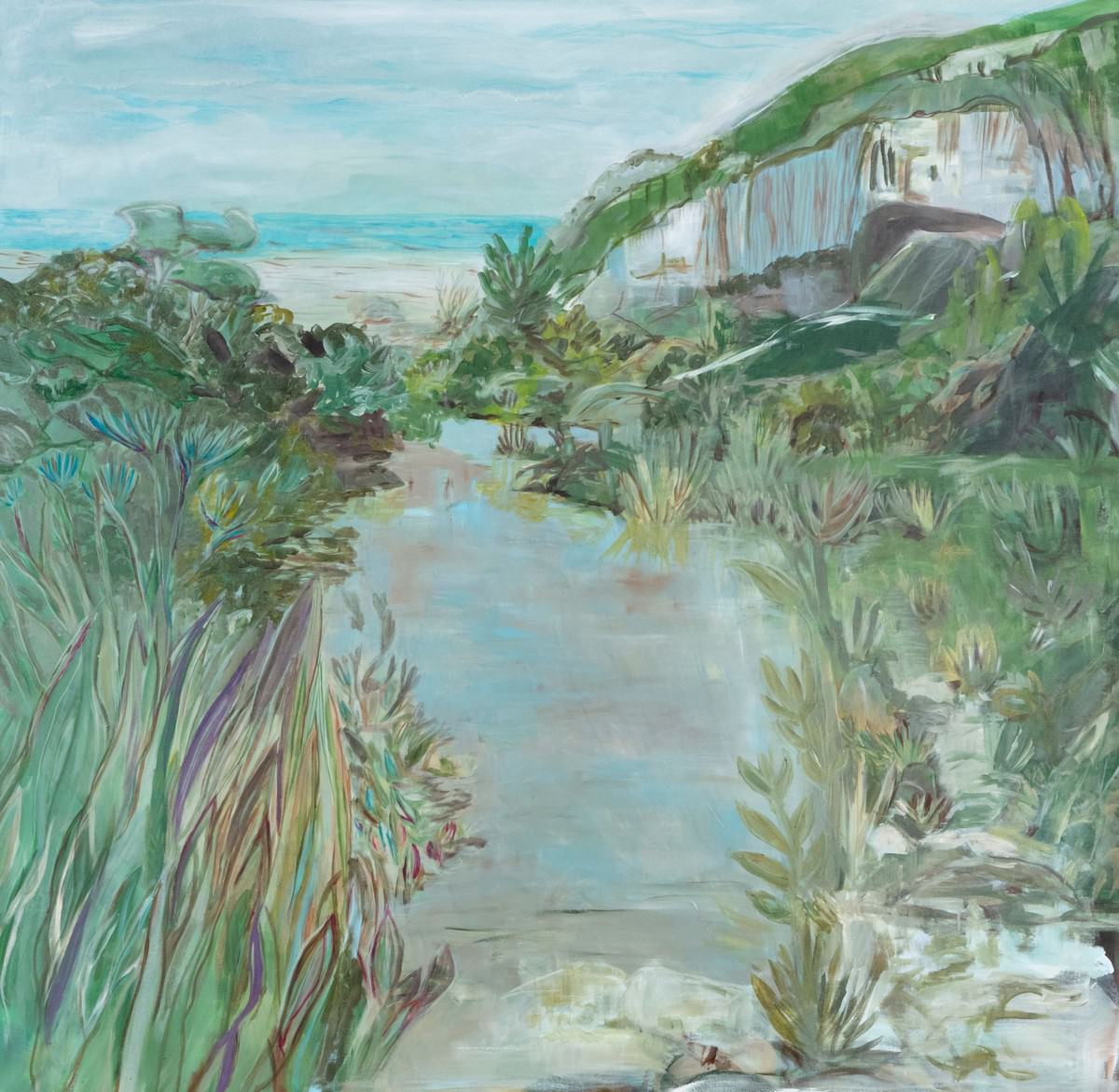 According to the artist Ana Bella Geiger, “In the paintings painted by Esther there is another vision of paradise, another will, that I understand as the reinvigoration of the landscape, vegetable, forestry, no symbolic trees. Everything that is treated in detail aims at a greater composition, to form the whole of the canvas. The various plant species, some created by your imagination, help to create a favorable scenario, never an insurmountable obstacle for humans, for Adam and Eve. ”

“The artist prints a fast pace, resulting from quick brush strokes, graphic, more gestural, that transport us to the vital cycles of a forest, almost a scene from the Atlantic forest, and the Carioca River passing between leaves, sticks, stones and the idea of ​​the movement of the winds that crosses the screens. ”, complete Ana Bella.

Carioca, born in 1963, the artist was a student of Lygia Pape, Molica and Lauro Cavalcante in the years 80, during his architecture course at Santa Ursula University. Worked with Roberto Burle Marx on his website, coexisting between the collection of special plants and his studio, where he accompanied the master with his canvases and paints.

In his work, the landscape that reveals both the distance and the most intimate contemplations is remarkable., internal. What fascinates her in the painting process is the unexpected order that appears when bringing shapes and colors to a possible enchanted place, a connection to life.

His works invite you for a walk, enter the landscapes, gardens and forests. A diffuse visa, without a defined focus is its particular way of capturing the luminosity of existence, allowing a dream connection, open to the pioneering look.