Home / Art / Evandro Teixeira: The Constitution of the world

Evandro Teixeira: The Constitution of the world

1th floor of the exhibition hall 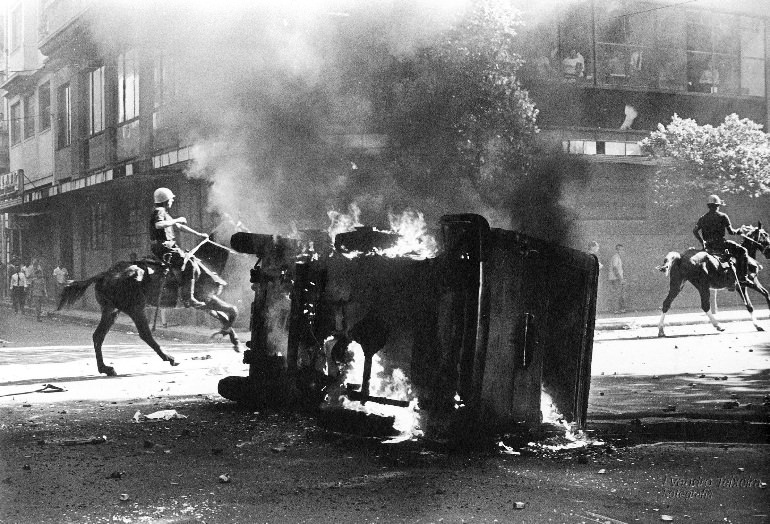 Evandro Teixeira: The Constitution of the world. Photo: Disclosure.

The Art Museum of the river-SEA, under the management of the Institute Odeon, opens to the public Evandro Teixeira: The Constitution of the world, exhibition that presents the history of almost 60 year career of one of the most important photojournalists of Brazil. The more than 150 works show the ability of the photographer to move inside the news to build the image and experience of facts. Thus, the visitor is invited to cross various aspects of city life – how the universe from the beach, of music and of the student demonstrations along the military dictatorship-, In addition to enlarge your look beyond River and beyond Brazil, with essays on Straws, the outback and the indigenous question, Neruda's death and the Chilean policy.

Evandro Teixeira occupies a unique place in the history of Photojournalism. His career of nearly five decades in the Jornal do Brazil-political icon of journalistic quality and graphics in the field of communication – makes him a constant reference to the later generations. Curated by Paulo Herkenhoff, cultural Director of the sea, the show makes the tireless search for the artist to capture the exact moment of events, without giving up their critical eye and giving the image interpretation, viewpoints and narratives that explore and overcome the circumstances of journalistic photography, taking it to a political level.

"In front of pictures of Teixeira – as already put Evandro Carlos Drummond de Andrade in poem (1986) of the same name about the artist-we ourselves also in perspective and, especially, in our relationship with the other and with the all. Unlike the generation of photojournalists before his, which sought to bring the light of Brazil ' deep ' and ' ancestor ' (politically kept at a distance), Evandro makes photography a daily Act of resistance to the opacity of the world, intimate and imbued with ID ", comments Herkenhoff.

Evandro Teixeira: The Constitution of the world integrates a series of exhibitions that highlight the importance of Photojournalism alongside shows like Kurt Klagsbrunn, a humanist photographer in Rio and News-angles 90 years of journalism in the Globe. The series will be completed with exhibitions about the magazines the cruise and Headlines, that will be organized in brief. To mark the opening, the museum promotes a conversation of the day Gallery 22 September, às 11h.

The museum has the Globe Group as maintainer, sponsored by BG Brazil, In addition to Souza Cruz, Dow and Brookfield. It also sponsored the Braskem by means of the law of incentive to the culture of the State of Rio de Janeiro, with the support of the Government of the State of Rio de Janeiro, and the Ministry of culture and the Federal Government of Brazil through the Federal law of incentive to culture. The management is left to the Odeon Institute.