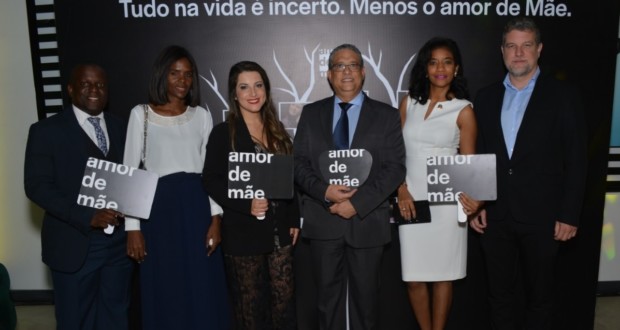 Late on Monday (25) It was held the presentation of the new Novela Globo, Mother's love, which will also be broadcast in Angola, as part of an entertainment expansion strategy of the Carioca station.

With the coverage of the Platinum Line, Angola largest entertainment portal, event had the presence of Angolan and Brazilian personalities and happened in the restaurant hot spot "Alma" in Talatona, and had presentation of the stars of Angola, singers Rui Orlando and Pearl, with Brazil was represented with the pagoda of the Carioca and Fabinho sensation band.

The plot written by Manuela Dias is centered on the mother figure as heroin and tells the story of three mothers who will have their lives intertwined the fate of children. The characters Victory (Tais Araujo), Thelma (Adriana Esteves) and Lourdes (Regina Case) intensely live motherhood and promise to thrill the public.

The Communication Secretary of the International Network Globe, Celso Malovoneque, Globo represented at the event.