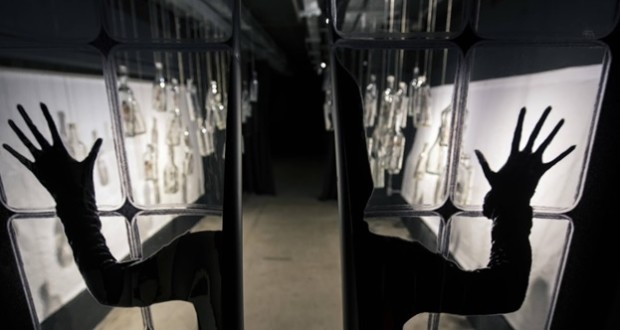 Event about photography universe occupies the SP Center with shows, lecture and workshop

in May, Red Bull Station receives Foto_Invasão, promoting sales and image exposure, facilities and a talk with filmmaker John Wainer

São Paulo, 7 de Mayo – Between 18 and 26 de Mayo, photographers, curators, collectors, artists and fans of this segment will give the second edition of Foto_Invasão, project, since 2016, celebrates the photo and its consequences. Over nine days, no Red Bull Station, the subject occupies a central position in activities such as workshop, Lecture, exhibitions and installations scattered throughout the building.

“More than an event that brings together facilities, exhibition and sale of prints, the Foto_Invasão is a large gathering of supporters and lovers of photography, as well as a sensory experience”, define Ignacio Aronovich, photographer, journalist and one of the creators of the meeting, along with Louise Chin –the other end of the collective dubbed “Lost Art”. Together with Cris Veit, Clelia Bailly e Fernando Velázquez, five form the curatorial team Foto_Invasão, responsible, for example, for choosing the five artists who will hold workshops with photographic installations.

“One of the issue of differential 2018 It is the open call”, Ig account. “In 2016, participants were invited by the Trustees, and, in this issue, anyone could sign up”. The criteria for the choice of artists –both the facilities as of photographic projections that will occur in the programming intervals– They were basically the same: originality, proposal and artistic quality. “Escape from the 'white cube format’ a gallery is a good starting point”, evaluates Aronovich.

In addition to all the visual and sensory programming facilities, projections and exposure, the event will also have an educational arm, com o workshop “Family meeting – Narratives photobook” — given by the curators Cris Veit and Clelia Bailly –, and the lecture “Photo transition for the video and its consequences”, with journalist, photographer, filmmaker and director John Wainer. Also part of the event's agenda the performance "Shell To Horses", da artista visual Fabia Karklin.

Check out the full schedule below:

18 OF MAY // 10h – 18h
FAMILY MEETING: Narratives PHOTOBOOK, WITH CRIS VEIT And CLELIA BAILLY – ​Neste workshop, the aim of the participants is to create a narrative and, later, a physical photobook extracted from family photos albums. Each participant should bring at least 20 and up 50 Photos (printed or scanned).

19 The 26 OF MAY
LAR – Joining the four artists work — “Between”, Ana Rodrigues, “Drawer”, Leo Drummond and Natalia Martino (Voice project) and “Valeria”, Jair Bortoleto –, the exhibition “Lar” It intends to reveal the very meaning of the word: physical and psychological environments that house our belongings and expose our memory.

19 The 26 OF MAY
FACILITIES IN PHOTO WORKSHOPS – Five artists selected via tender expose their work in the studios during Foto_Invasão 2018. Are they:

19 And 20 OF MAY // 16h – 16h30
SHELL FOR HORSES, DE FABIA KARKLIN – A performance audiovisual “Shell for Horses” It is constituted by the projection and live production of collected seeds of magnified images while walking through the city.

19 And 20 OF MAY
PHOTO PROJECTIONS – On Saturday and Sunday, there will be the projection of the pictures selected through the open call of Foto_Invasão. In two days, the projection takes place in the Auditorium, the programming intervals and, on Saturday (19), also happens in Laje, the 7:0 pm to 10:0 pm.

23 OF MAY // 20h
PHOTO TRANSITION TO VIDEO AND ITS DEVELOPMENTS – In this talk, journalist, photographer and filmmaker John Wainer — director, among others, of the movie “Pixo” and music videos for artists such as Emicida –, traces a history about the transition from still photography to video and addresses creative techniques to tell a good story.

It is a focused platform for photography with installations, exhibitions, projections, interventions, performances, selling prints, and debates, workshops, and discussions on the photographic image in its various media. In its first edition (in november of 2016), the event held the Red Bull Station with seven installations created by photography collective. The audience received a debate on independent production and the performance of the collective on the photo and the Transitional Gallery hosted the exhibition "First Invasion", with works of six photographers who address contemporary issues in various media. Around the building, photographers and collectives sold prints, books and other objects related to photography.

Previous: Canal Futura debut "What Is This Body?”, series that alert to combat sexual violence against children and adolescents
Next: Virtual bookshelf receives donations of books for public libraries in Rio during the READ