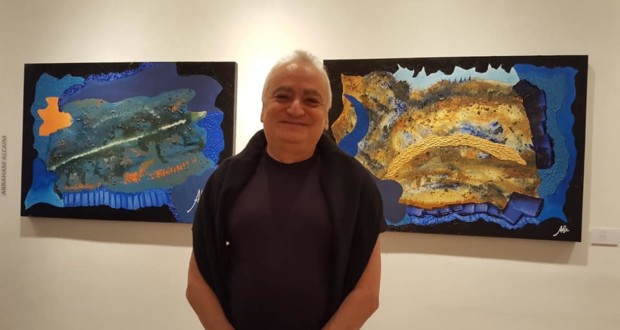 Exhibition Water and texture of Abraham Alcaim – "Protagonists of Art", by Edmundo Cavalcanti

The artist Pará living in Rio de Janeiro, Abraham Alcaim, He will be exhibiting some of his works in the Gallery Café 2019 between days 02 of the May 31 of July 2019.

Over the years, Abraham shaft Alcaim developing their own techniques of abstract painting, carried out freely and as per the requirements of their sensitivity.

Only recently, however, with the abundant use of water and textures, by often generously offered by Mother Nature, It was that his work went to a stage in which these elements have been given the leading role in his art - "evocation of the spirit realms incommunicado, where the dream becomes thought, where the trace becomes existence " (epigraph Michel Seuphor for Living Water Book of Clarice Lispector).

A striking feature in the work of Abraham Alcaim is the frequent use of impasto, leading to relief produced, By way of times fancy, using thick ink layers.

Water enters this context, both to help these textures as to act in areas with flatter surfaces (sem asperities), getting results that surprise the artist himself.

In this exhibition, the artist presents works in which his painting makes full use of water and textures, resulting in attractive elements within the works, that are caused or by the interaction of water with ink or some artist's own abilities, with or without help from nature. 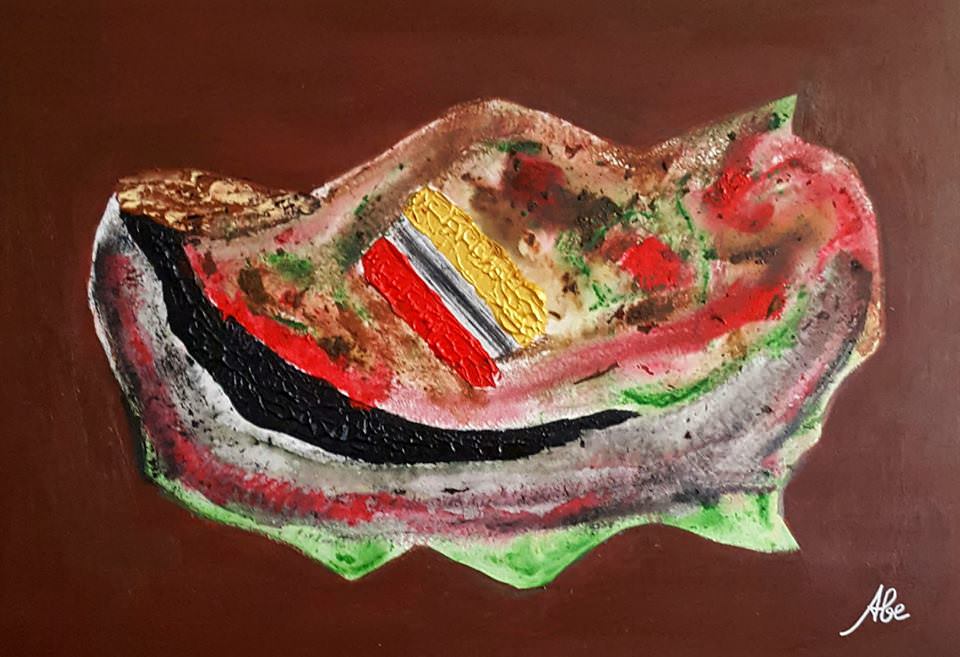 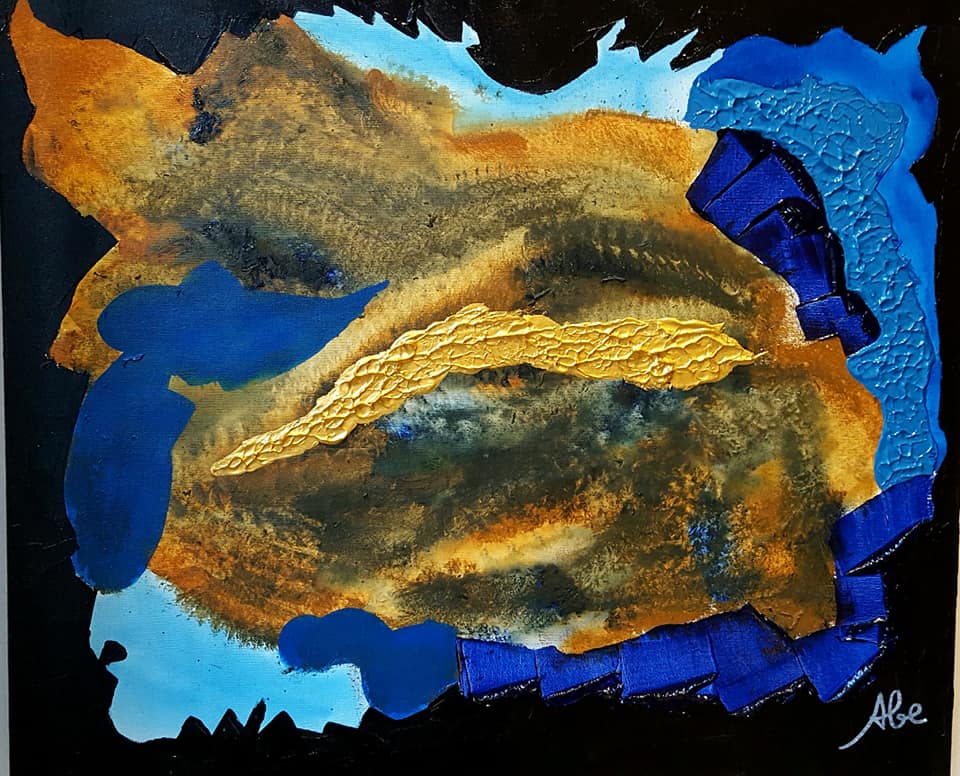 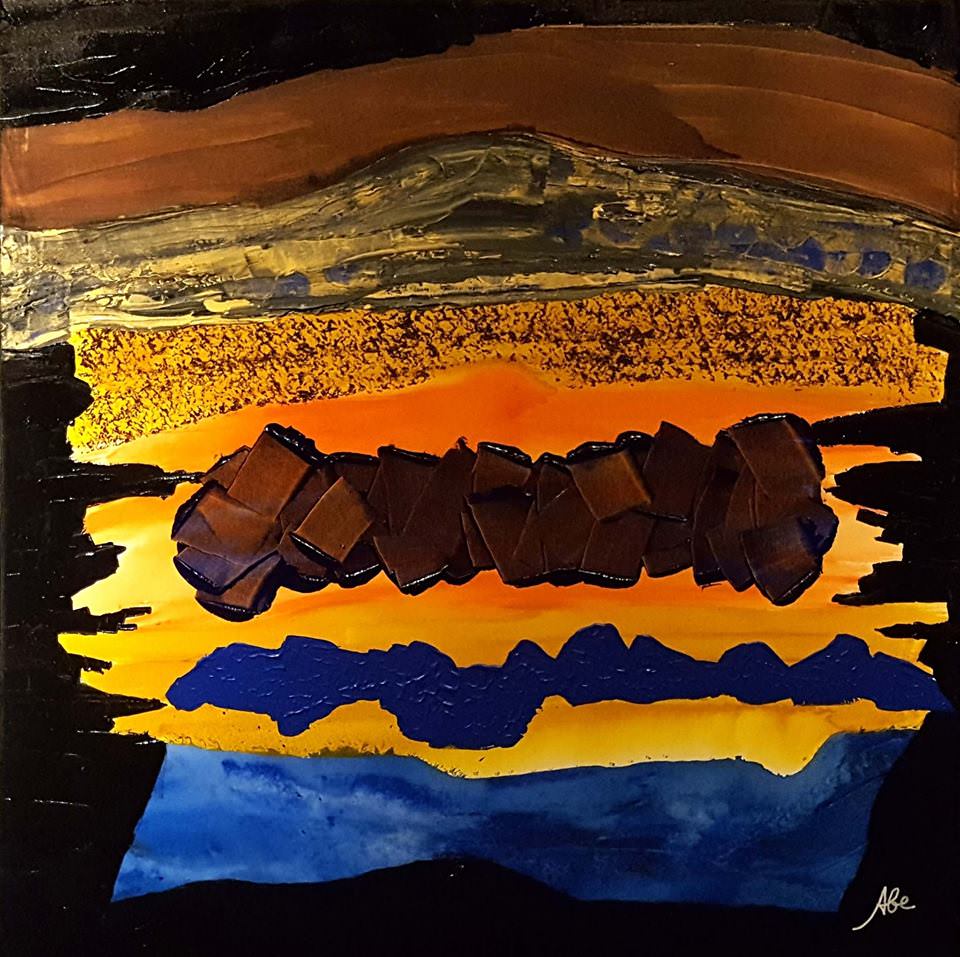 Abraham Alcaim was born in Belém do Pará and lives in Rio de Janeiro since 1970. É Ph.D.. in electrical engineering from the University of London, where he lived during 4 years.

His artistic career began in the Casa de Cultura Laura Alvim, in Rio de Janeiro, with learning the basic techniques of painting, developed from readings of several works using oil on small screens.

From there, He began to use acrylic paint, producing, already self-taught form, hundreds of abstract works in acrylic on heavy paper. 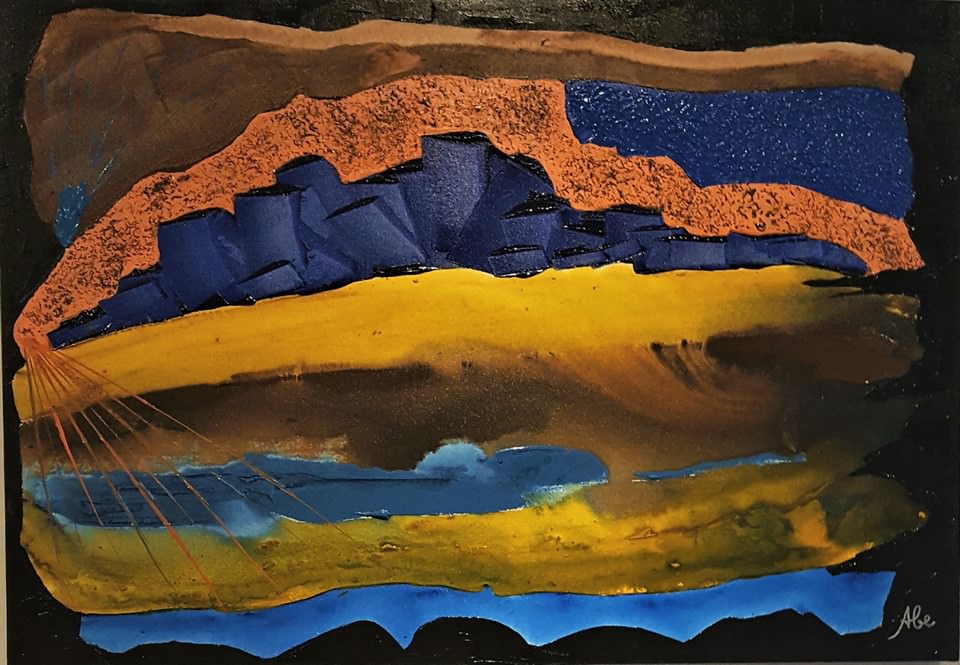 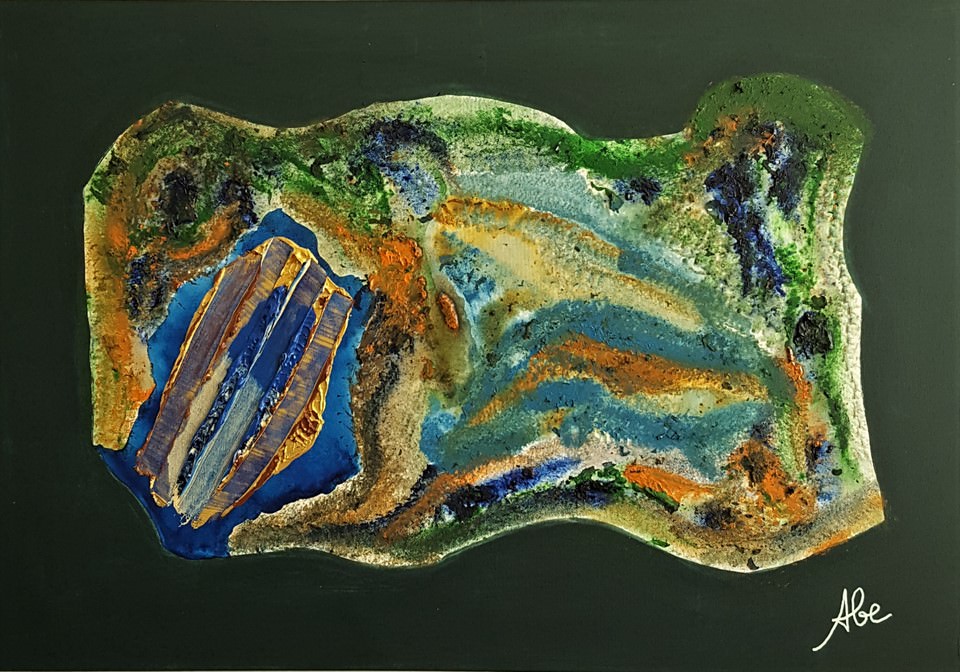 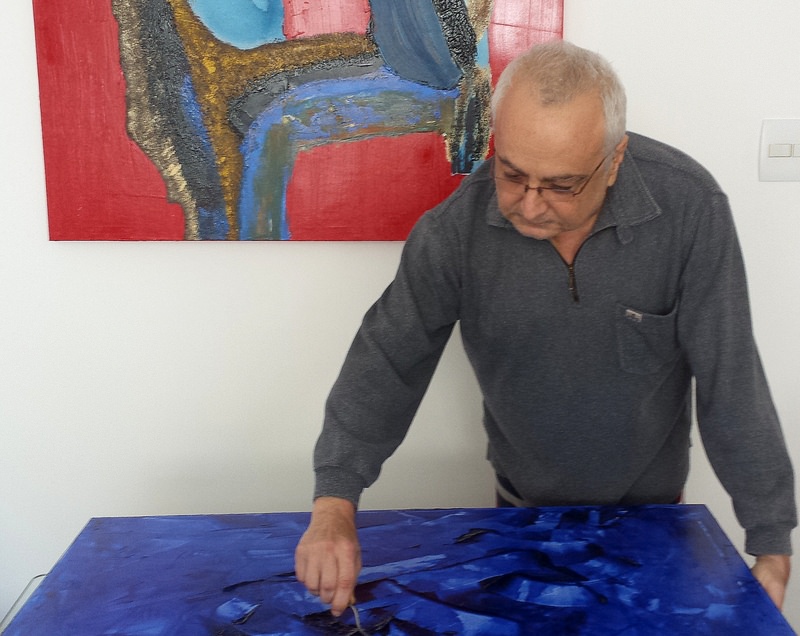 The works of Abraham Alcaim, which are characterized by a contemporary and dynamic style, They identify with the artistic movement called abstract expressionism, originating in the United States, very popular in the post-war.

Unlike the geometric abstractionism, Expressionism is usually chaotic, expressing the instinct and feelings of the artist.

The painting is free way, gestural, without project. The painter refuses technical learning and paints as per the requirements of their sensitivity.

A striking feature in most of the works of Abraham Alcaim is the frequent use of impasto, leading to relief produced, By way of times fancy, using thick ink layers.

On the other hand, uses contrasts with dilution techniques, which carries, jointly, striking effects. 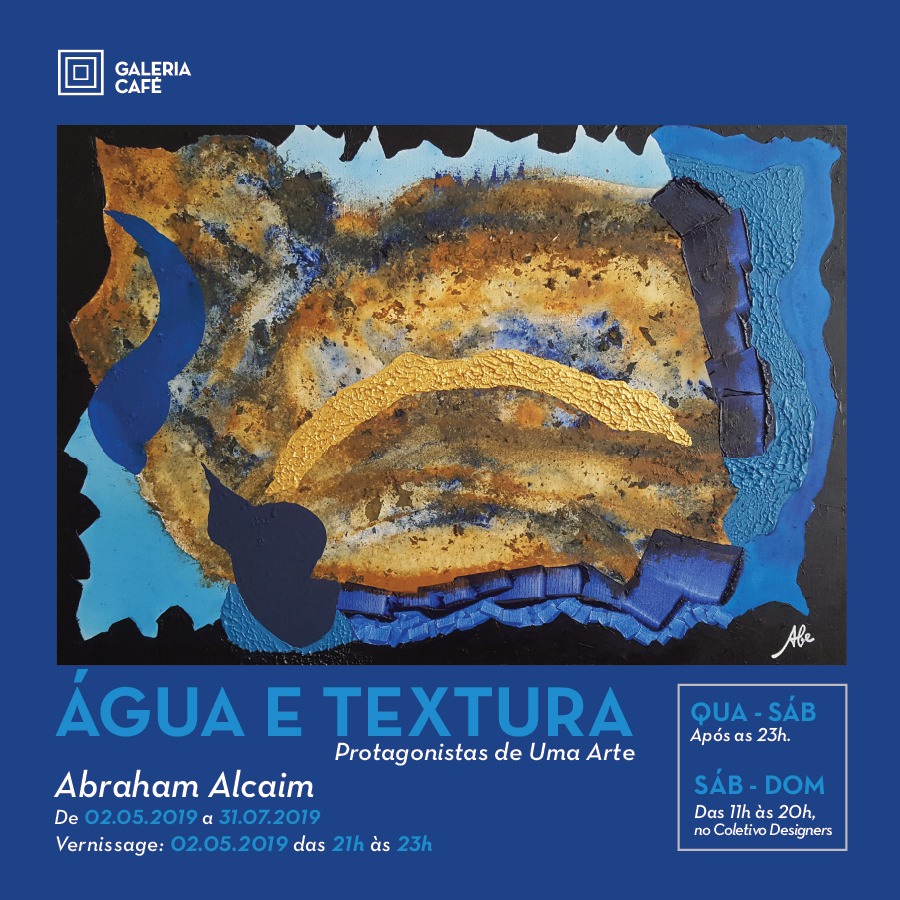