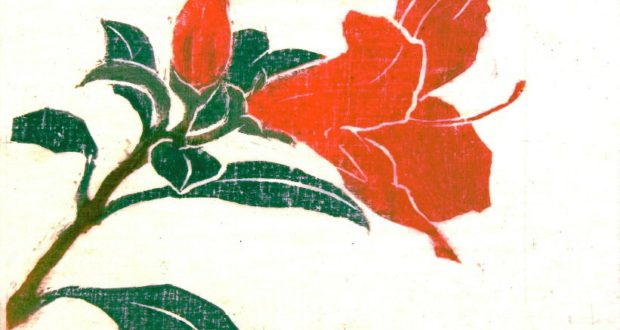 Unpublished woodcuts of Oswaldo Goeldi are in “Goeldi's flowers”, exposure on Shopping West Plaza, in São Paulo, from 4 September 2020, Friday, and open to visitation until 4 of October.

The exhibition brings together 22 works of Oswaldo Goeldi, all depicting flowers, a collection never published or shown to the public. The theme related to botany should surprise admirers of the art of the most influential Brazilian engraver, for the contrast with his best known works, always gloomy.

Complementarily, the show also has a virtual version, that is in oswaldogoeldi.org.br/_exposicoes/flores/index.php.

Curated by “Goeldi's flowers” is Lani Goeldi, artist's great-niece. She says that “woodcuts were made during the 1950 by order of Editora Agir, when the artist acted as an illustrator. Never published, were kept in a private collection”.

For the creation of the works gathered in “Goeldi's flowers”, the artist was inspired by the memories of the early years of his childhood, when he lived in Belém and lived with his father's daily life, Emilio Goeldi, renowned zoologist and naturalist.

Second Lani Goeldi, “in these colorful woodcuts Oswaldo Goeldi portrays nature in a unique way, with colors and lights printed in a way never seen before, revealing the conscious need to always be close to nature.” 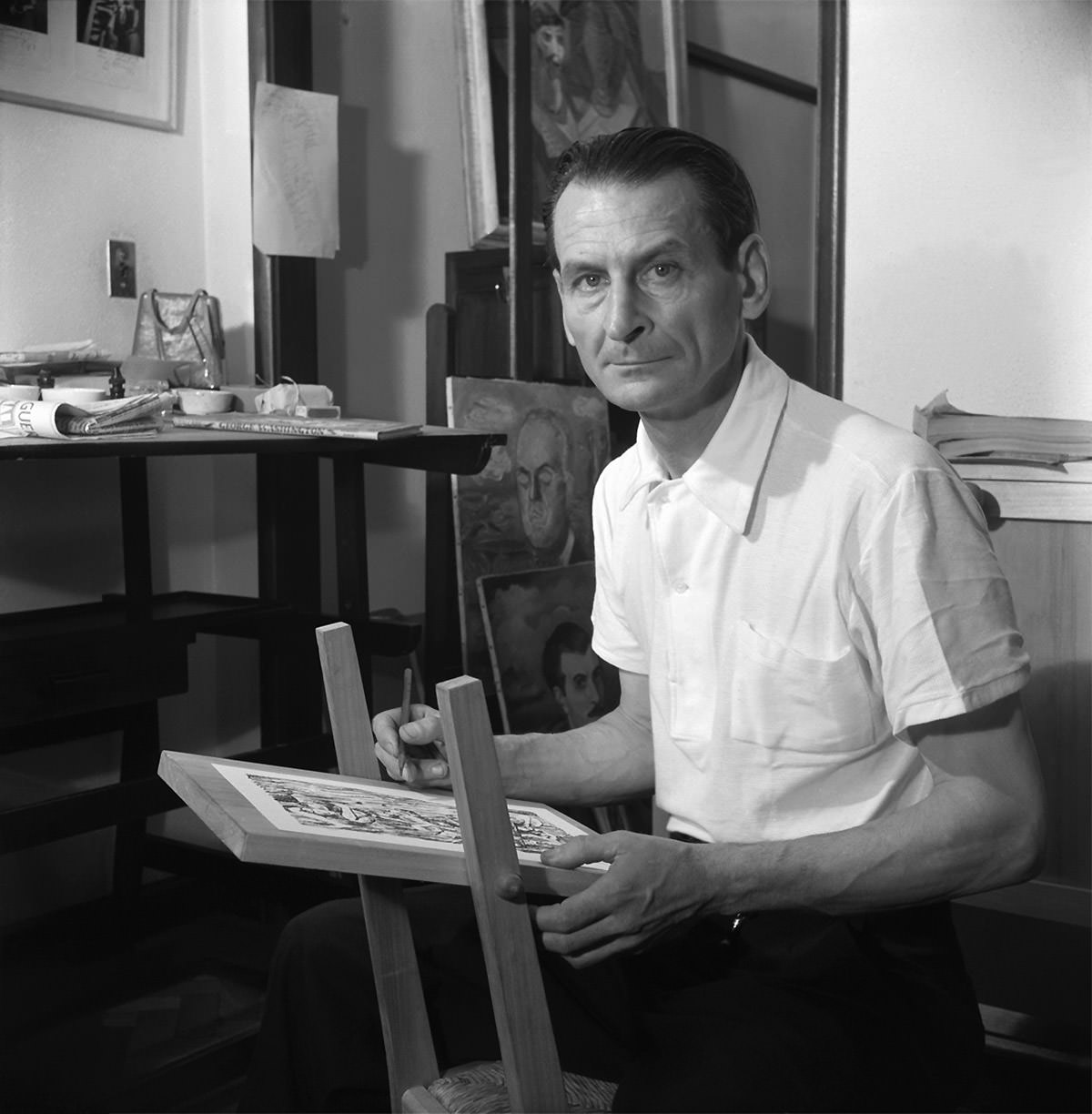 First modern prints in Brazil - Recorder, designer, illustrator and teacher, Oswaldo Goeldi (1895-1961) was born in the city of Rio de Janeiro in 1895.

Right after your birth, and up to six years old, lived in Belém with his parents. Then he lived in Switzerland, where he did art studies and got to know the work of the Austrian Alfred Kubin, that would become his greatest artistic influence. In 1917 did, in Bern, the first individual exhibition.

In 1919, shortly after the father's death, He returned to Brazil, taking up residence in Rio de Janeiro. He performed work as an illustrator and in 1921, made his first Brazilian individual, at the High School of Arts and Crafts. Considered the author of the first modern prints in Brazil, from 1923 devoted himself intensively to woodcut. From the middle of the years 1930 began to experiment with the use of color in his woodcuts. 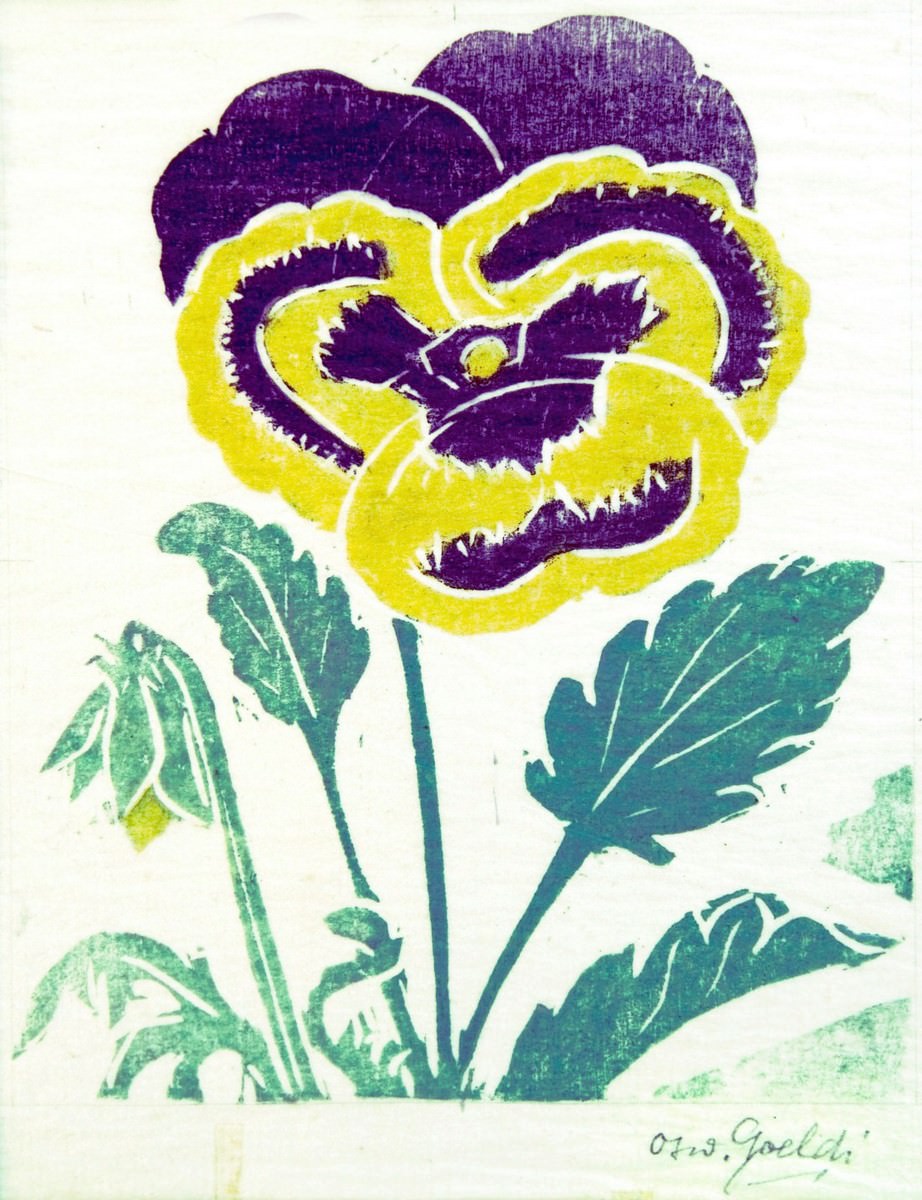 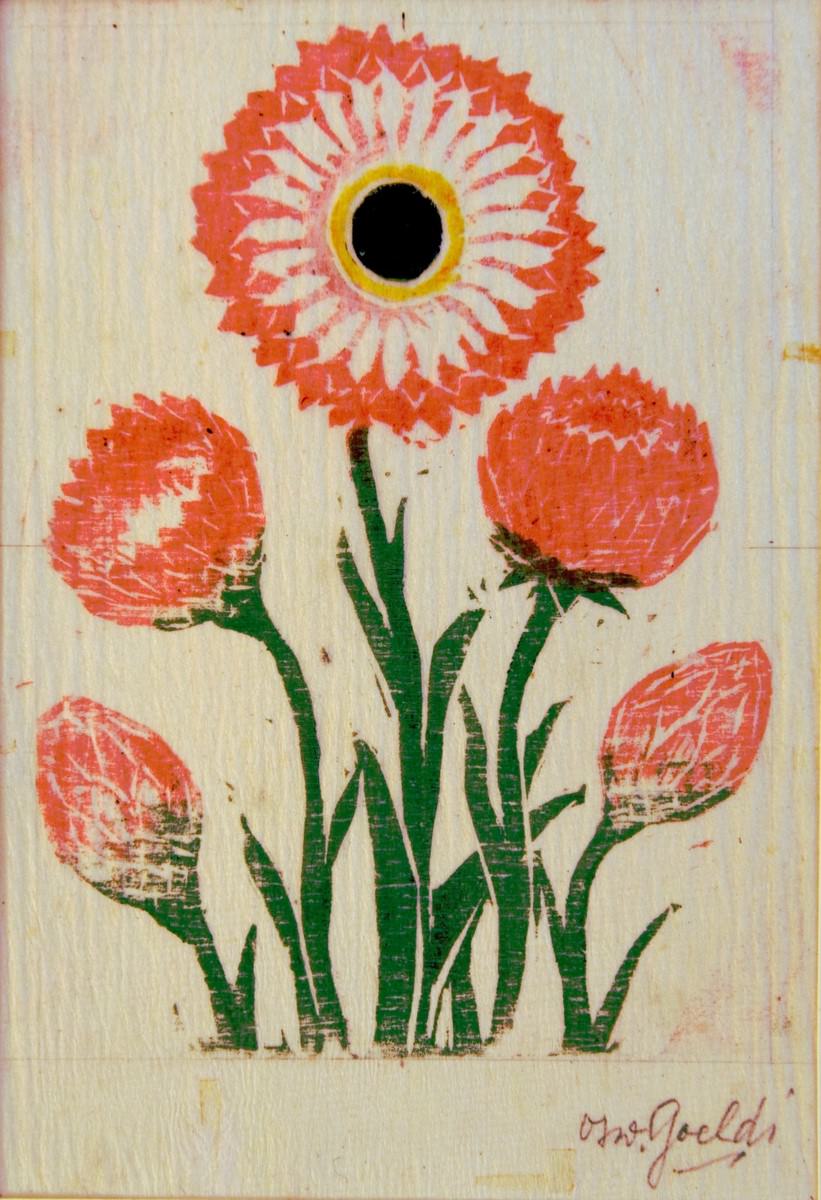 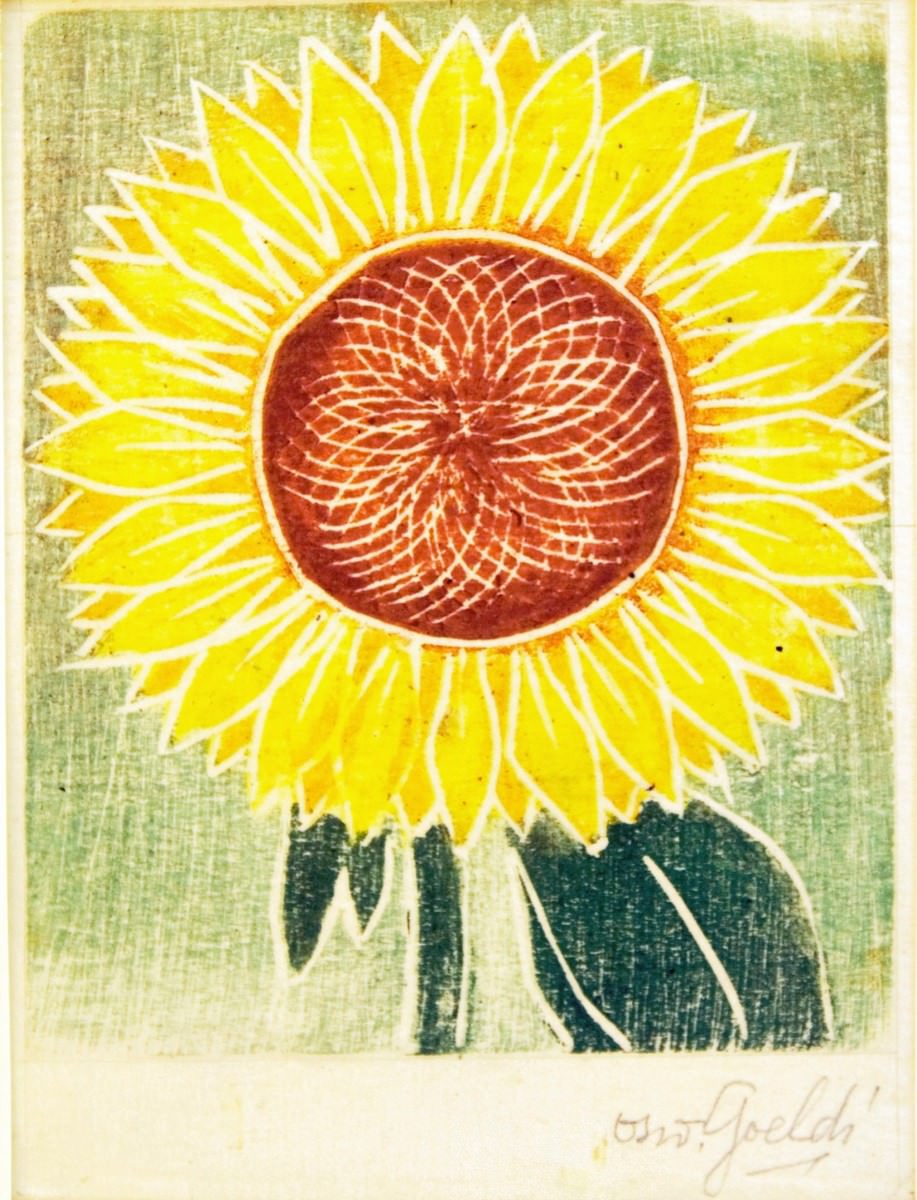 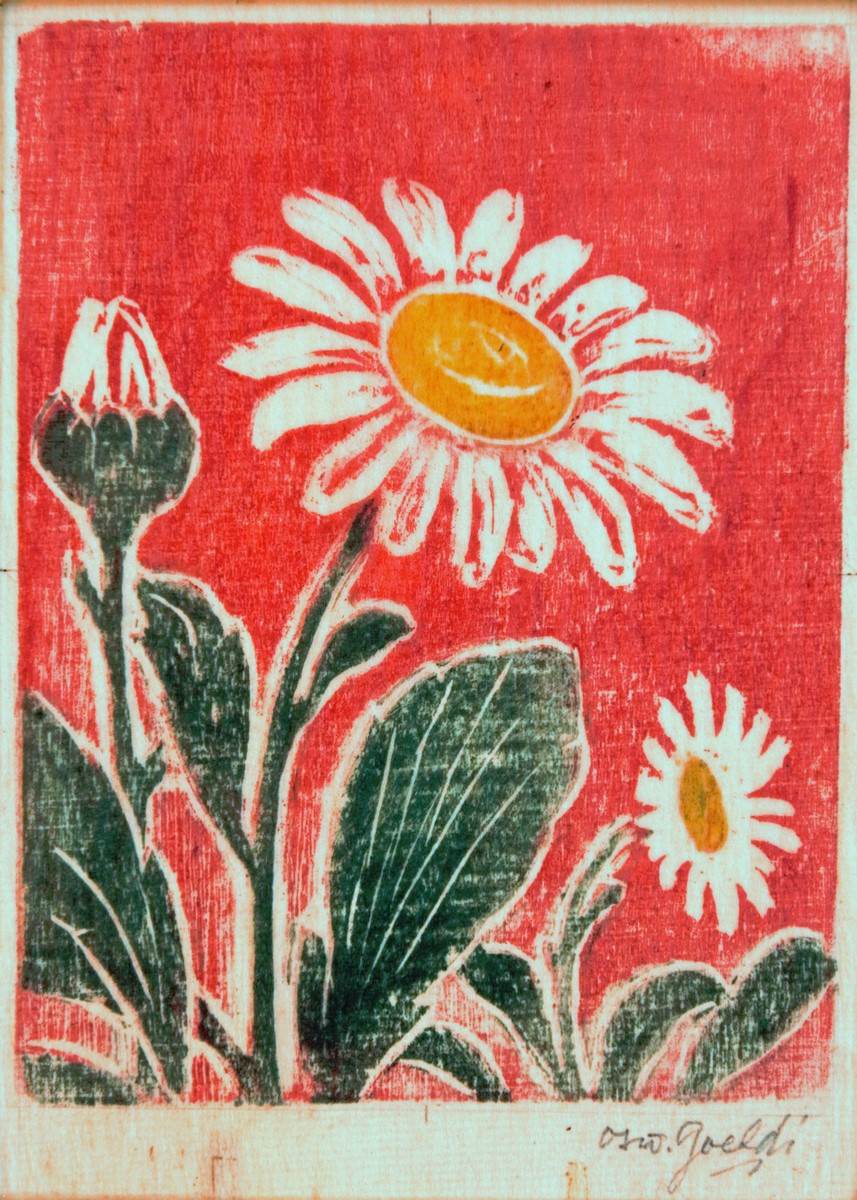 He worked as a teacher from 1952 and three years later he started teaching woodcut at the Escola Nacional de Belas Artes.

Today, Oswaldo Goeldi is revered in the artistic world and his works are a reference in the field of printmaking worldwide. 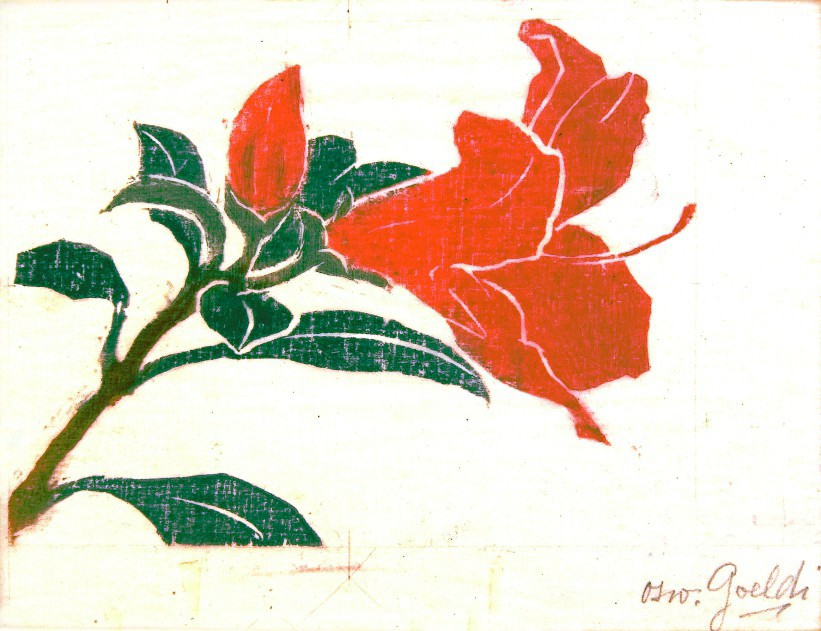 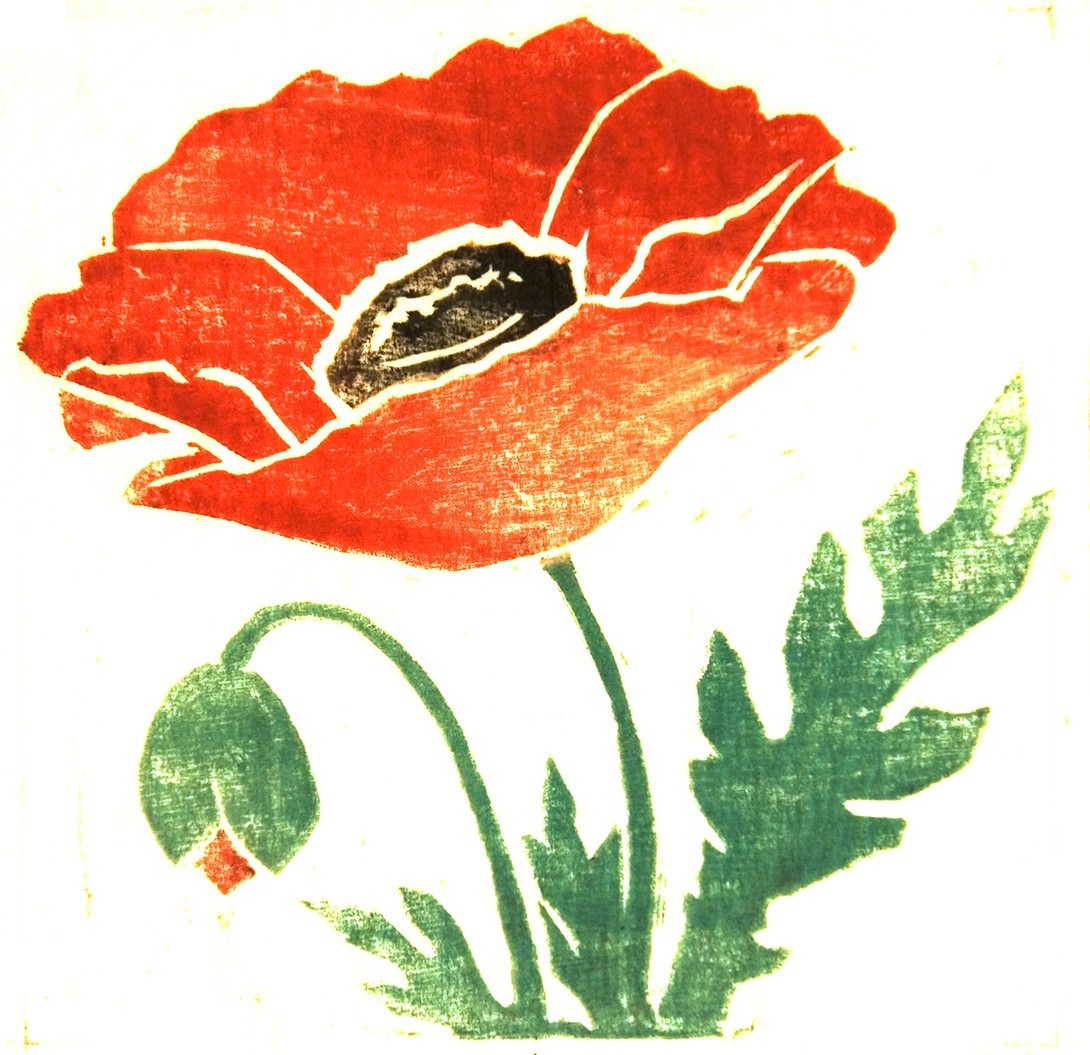 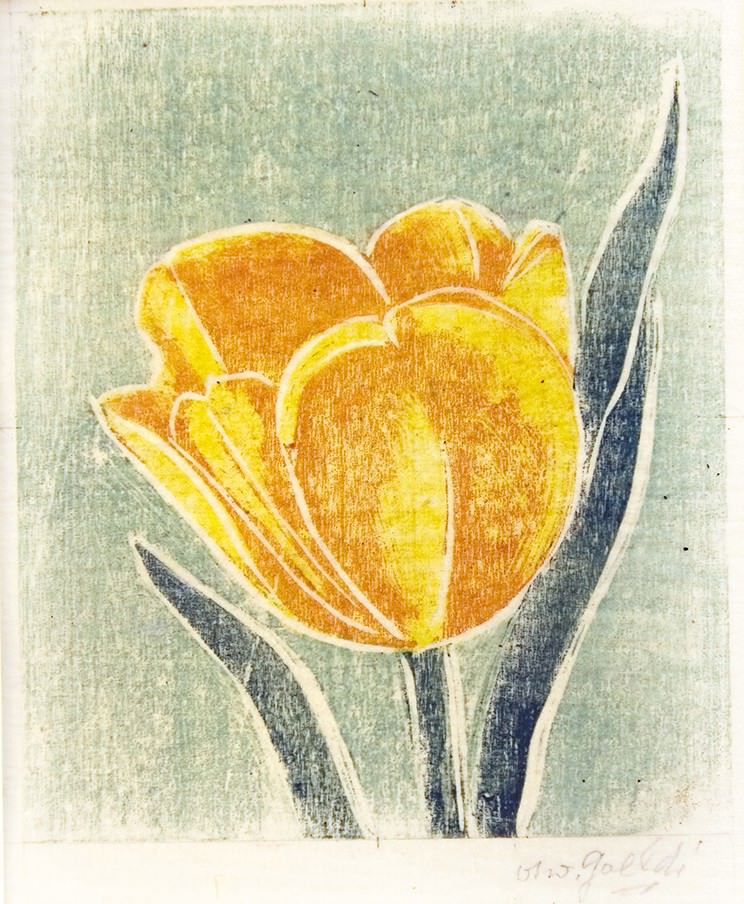 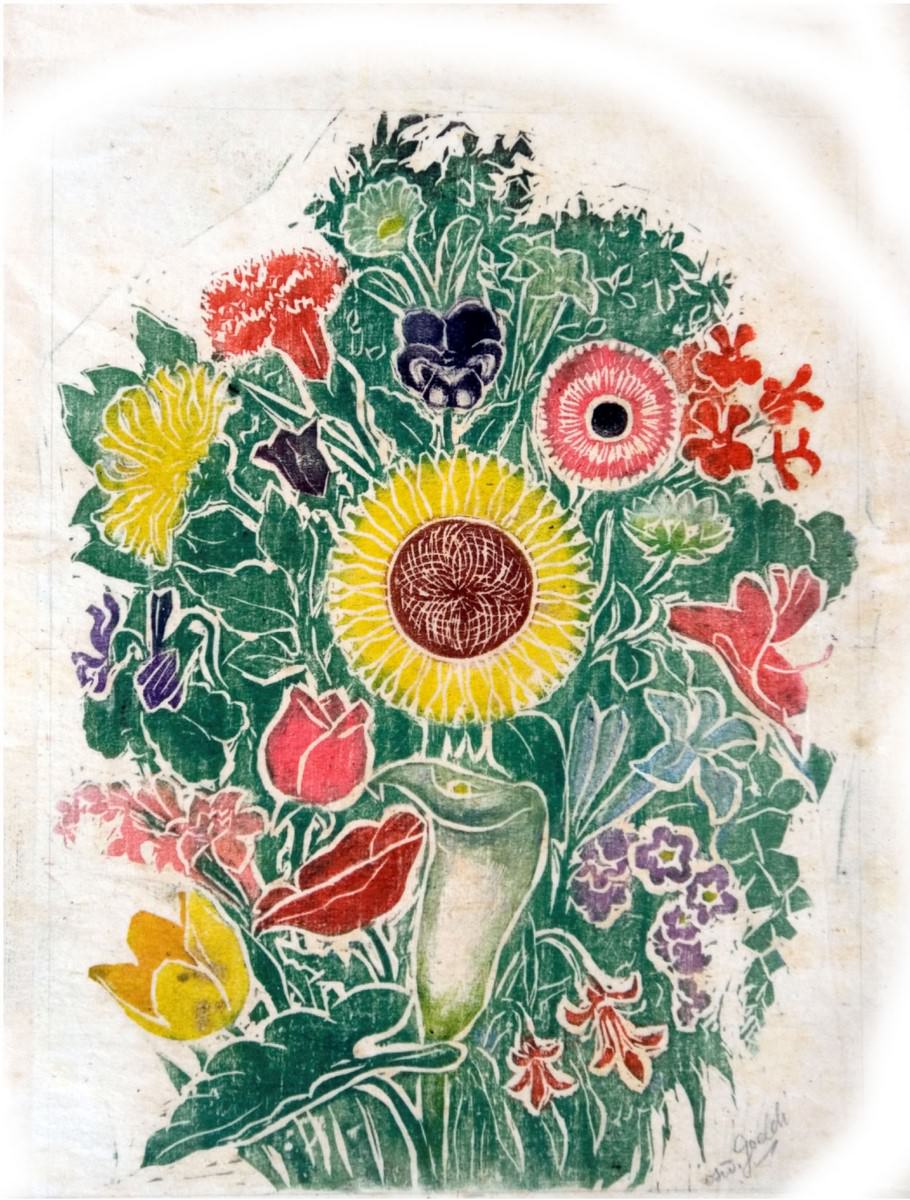 The Goeldi Project - Adding works to the family collection Goeldi, instituted the Goeldi Project aiming to dynamize the artist's daily life and bring the intimate side of this engraver so respected by intellectuals and so close to the poor and excluded from the community. With this concept, the Goeldi Project based in the city of Taubaté-SP, since 1997 stars the rebirth of the artist's soul and his passion for printmaking.

By rescuing your memory and presenting your production, rich in references, the public has access to unprecedented information about Brazilian art involved in the magical climate that permeated the work of Goeldi. In addition, his intense activity in artistic life sometimes serves as an imaginary scenario in the enchanted and dreamlike world of his wonderful works.