Home / Art / Exhibition of Welsh at galleries in MNBA

Exhibition of Welsh at galleries in MNBA

marking 130 anniversary of the signing of the Golden Law, the National Museum of Fine Arts / Ibram / Ministry of Culture opens the next day 30 May the exhibition "Das Gales Galleries: representations and protagonists of black in the collection in the MNBA's collection ".

In the context of these milestones, the exhibition seeks to provide a look at the multiple representations of black, as well as its protagonists found in about 80 selected works of the rich collection of the MNBA.

The exhibition "Das Gales to galleries: representations and protagonists of black in the collection in the MNBA's collection "explores a thread where multiple interpretations of black and african-Brazilian legacy taking shape. 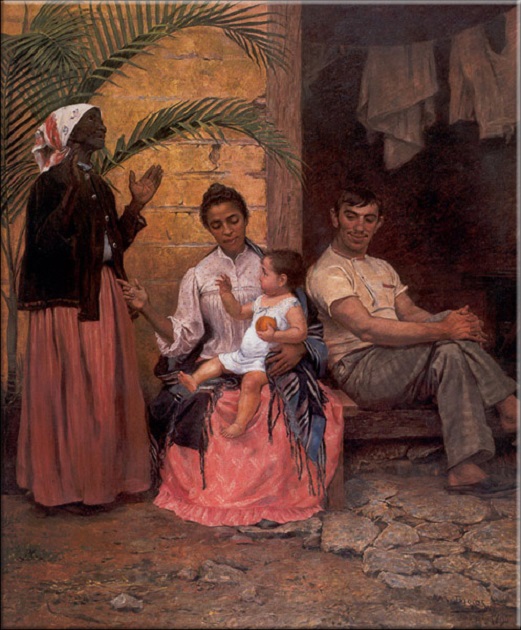 Focusing on the arts inserted in the context of specific times, the curators have opted for a cut which basically covers three moments in our history where the black and national issues are embedded in the imagination of Brazilianness: Colony to Empire, New State of Brazil and current Brazil, where the homogenized Brazilianness gives more space to a diversity of identities and cultural traditions heading towards a multicultural society.

From enslavement to the ideology of whitening – racist claim made by the elites that, by European immigration and miscegenation, Brazil has become a largely white nation 100 years; and then, able to join the group of civilized nations -, through the myth of racial democracy, discourses on race took different forms.

In the present era, these discourses on race guided by the multiculturalism, it means, the possibility of coexistence in one nation of diverse ethnic and cultural groups.