Vernissage day 14 August at 19hs
At Instituto Cervantes in Curitiba. 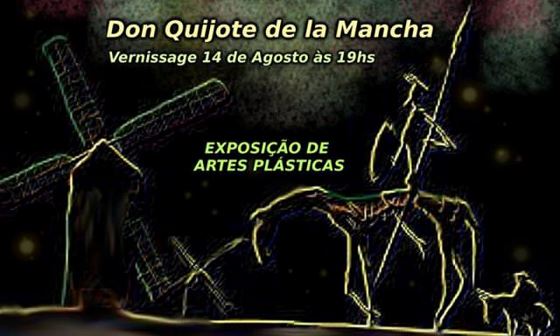 In 14 August, to 19 hours, in the Cervantes Institute of Curitiba, Ubaldino do Amaral Street, 927 - Alto da Glória, will take place the opening of the exhibition of Visual Arts "Don Quijote de la Mancha".

Don Quijote de la Mancha is one of the most famous characters of world literature. Was created by the Spanish writer Miguel de Cervantes. Quixote de la Mancha, with his idealism and his dreams, still thrills, he has the power to inspire new generations.

We read that Don Quijote fight against windmills, fight against the Knight of the Mirrors, and his struggle can not be considered useless because its lessons of idealism, nobility and courage still echo in the human heart.

This exhibition is dedicated to all the "Quijotes" of World, the artists, writers, poets, Sculptors, musicians, singers, playwrights, actors, to all who work in charities, to all who love humanity and fight for the good, anyway, everyone who dream, to all who "live in the world of the Moon", to all those who value the subjectivity, of aesthetics, the illusion.

The event "Don Quijote de la Mancha" will be under my curation and will bring together works of visual artists, poets and writers, as well a presentation of flamenco, that will be held by professors of the Institute Flamenco of Art and Culture.

The reading of some poems will be performed by theater actor and TV Gerson Delliano, our special guest. Gerson Delliano is one of the actors in "Os quarentões" of Casos e causos, RPC TV.

The cultural event has free entry. 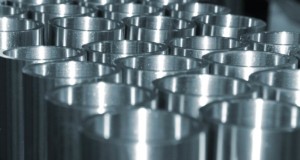 How to use stainless steel in interior decoration