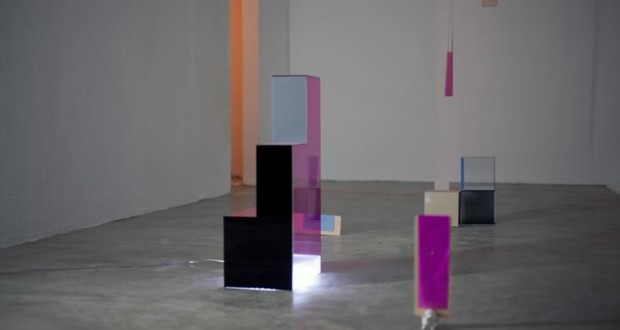 Consolidated as one of the leading contemporary art spaces in Brasilia, the PIN Gallery's new home. From the next day 16 January, the Gallery, you already took all the leading names of contemporary art in the city, going on to occupy two rooms of the block B of NBL 103. To ingurar the new space, the PIN shows the new works by the artist Lucia Gê (recently awarded the Marcantonio Vilaça of 2015) and a conference bringing together great artists such as Chor, Marcelo Gandhi and Camila Soato. The inauguration of the show ' Confabulo ]matulo kill me[‘ and ' Way ahead ' will be on Saturday, 16 January, a partir the 17h. Free entry.

The PIN also already are programming various activities that go beyond the exhibition of works of art, installations and performances and dialogue between the various arts. Part of the timing of the new space initiatives like the Gap Project – exhibition of video art, the Conversation with the artists Project, Lean-to Project (with events around the gallery space), Grip Design (space for the presentation of musical projects), and releases of art books and literature.

COURSES- The agenda of the PIN to GALLERY 2016 also includes courses to be taught by some big names from the cultural and artistic thinking of the Federal District. Professor, curator, filmmaker and film critic Sérgio Moriconi promises to tackle issues related to the cinema and its relationship with the Visual Arts in the course Post-cinema, transcinema, corcinema, It will discuss the essence of cinema, raising their contamination by Visual and non-Visual languages.

Teachers and curators Marília Panitz and Carlos Lin will perform over a series of Surface dive, composed of concentrated courses around theoretical works dialogue with art, in order to cast a glance at the thought of some authors, presenting your ideas with connections to contemporary art. Every dive ‘’ It is proposed the study of a specific author text featured in the light of the work of some artists.

Visit the PIN means contact artistic proposals that promote reflection, the poetic speech, aesthetic, the revision of concepts. Will be no different with ' Confabulo ]matulo kill me[‘, new exhibition that features the original work of Ge Lucia, one of the most awarded artists from Brasilia.

Born in Petrópolis, 1959, with Post Doc at the School of the Museum of Fine Arts, Tufts University, Boston 2001, PhD 1992 and master's degree 1985 in Visual Arts from Columbia University, Gê Lucia is a professor in the Department of Visual Arts at the Instituto de Artes da UnB (undergraduate and graduate), where coordinates, along with the Prof. Karina Days, the research group Addresses the Intimate. His areas of expertise are installation, intervention, performance and design.

Exhibition brings together the work of many artists who have passed away by the PIN Gallery and which act in different areas and languages of the arts. Are the names of great relevance in the world of contemporary Brazilian art. 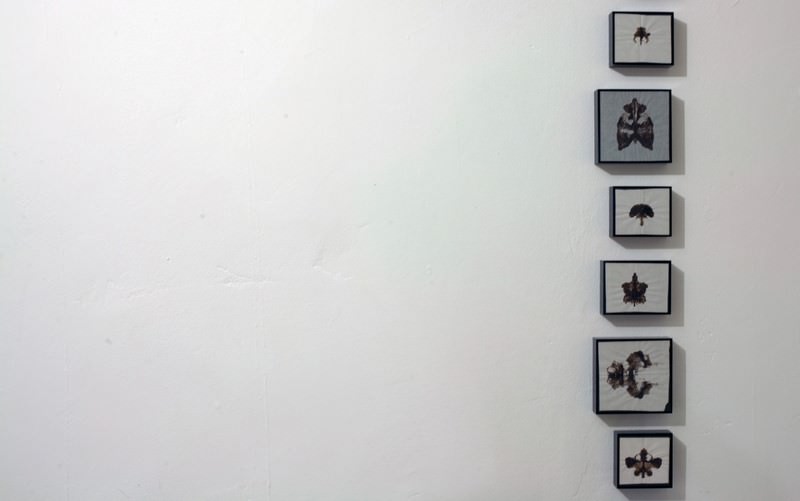 The carioca Andrea Campbell graduated in fine arts and studied MA in contemporary art at the University of Brasilia (UNB). Edited by engraving albums Art Institute of UnB and published, among others, the Album of Engravings Cerrado-City. Participated in group exhibitions such as the fine arts Salon of Brasilia, 1995; Panorama of the Art of Brasília, 1998; Young contemporary art of Brasília, 2001; and Vice-Versa: Brasilia Axis/Frankfurt, 2003. Since 1999, develops research in the area of photography.

Bia Milk was recently awarded second place in the first edition of the "Edict MARCH: Gender and identity ", Transarte's Gallery, of São Paulo. The initiative has selected and awarded ten names, with his works, form a small, but representative shows on production engaged in promotion and reflection on the issue of gender identity in Brazil.

Master in Contemporary Poetics at the University of Brasilia, Camila Soato integrates the research group Computer Bodies, since 2009. Their Works, the tradition of figurative oil painting with themes related to satirical humor that presents itself in bizarre situations.

Derik Sorato lives and works in Brasilia, having participated in several projects such as collective exhibitions in Brasilia and in New York. Their work is based on painting and drawing. The subjects of his works, sometimes, go through the ideas of night, nature, architecture, place and route. The treatment shows influence of cinema.

Born in Goiânia, Chor She studied Visual Arts at the University of Brasilia and did a master's degree in painting at the Chelsea College of Art in London. Live in Brasilia, where he also works as a professor in the Department of Visual Arts at the University of Brasilia. The artist has presented her work regularly since 1981, in several important exhibitions and conferences. His works are part of public collections relevant to Brazil as Funarte, RIO DE JANEIRO, MEN'S, MAB DF, MAC-GO, FUNDAJ, PE, and MARCO, SC, and also abroad, as the CCBA, de Lima, in Peru. Received awards of acquisition in Prêmio Brasília de Artes Visuais in 1998, IX national Salon of fine arts, RJ, in 1986, and Salon of plastic arts of the DF, in 1991.

Leopold Wolf, also known as LHWolf, a Bachelor's degree in Visual Arts from the University of Brasilia (UNB), a graduate degree in illustration Applied by school of design and Image (IDEP) Barcelona, and master in comparative studies between literature, Arte y Thought at the University Pompeu Fabra (UPF) Barcelona. In Brasilia, collaborated with collective projects around the ephemeral art, the extensive projects 0.17 and outside-the-Axis stand out. Since 1994, participates in several exhibitions in Brazil and abroad.

Born in Rio Grande do Norte and living in Sao Paulo, Marcelo Gandhi graduated in Visual Arts from UFRN, but transitions in music, performance and design. He was selected for the scholarship EXO Residence, of Itaú Cultural/Ed. Copam in São Paulo. He has participated in various festivals of performance throughout Latin America and joined exhibitions as Surface Metro, in space Paço das Artes, USP- São Paulo and Exhibition Arts and Crafts for all, held at the school of Arts and crafts, curated by Marcio Harum and Bruno Mendonça, in São Paulo.

Check out how to get on the map:

Previous: At the end of the classical phase, recitals of students take the 34th music workshop
Next: Symphony Orchestra and choir close classical phase with Carmina Burana