I still remember… And nothing else matters
Those days of a light so tame
That let me, always, of memory,
Some new toy at my door…

But there came a wind of Hopelessness
Blowing ash at night dead!
And I hung on galharia pie
All my children's toys…
(QUINTANA, 2004, p.13) 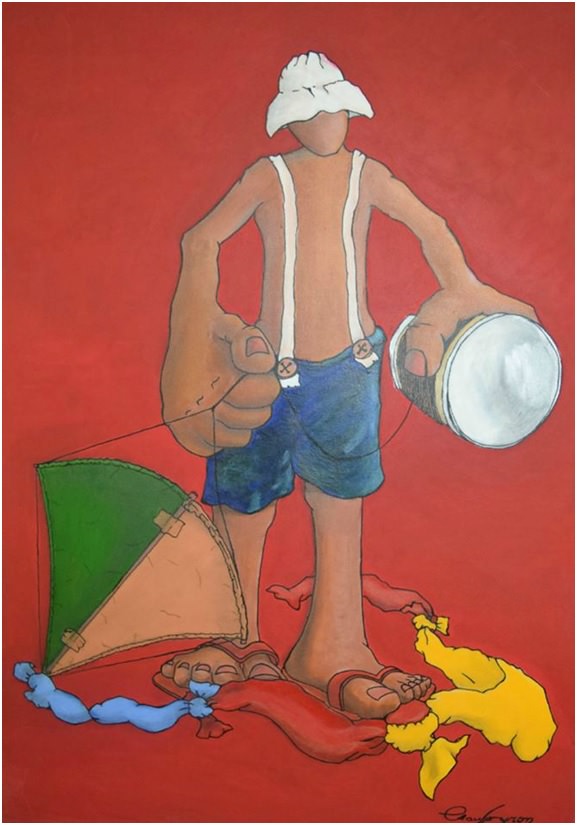 There could be no better time to provoke longing. Of childhood, the memories that remain are sweet; the ambitions are few; the time is long and endless; and the life is happy. So glad we didn't realize that true happiness exists. Until we grow up and realize that one day she was gone and it was real. And the time the scars of a fall, a "Boo-Boo" mom kissed, a toy that is broken, of the kite which was laced and even the spanking and shit. It is indisputable the sweetness of Mário Quintana and poetry, your words, here placed, translate the essence of Paul Byron, in the Military Circle of São Paulo.

The display, whose name is Memories, carries the essence of a long gone and longing that left. Between the memories that the artist chose, are those of childhood, the scooters, the kites and their rabiolas, stands and Doll games. All with many bare feet on the floor, in street games, Maybe unconcerned with life, yet, but with the sole purpose of playing till the day. But they're also as memories, works leading to ancient times, the late nights, the Bohemian life, of guitars, the singing between friends and musical instruments. The Bohemians, in pubs and bars, in a suit and tie, are the portrait of a "rogue" harmless long, was the "face" of Brazil and that left longing. Longing is again with the words of Quintana:

It's the same quiet alley,
With the old rounds and the songs of yore…
And my beautiful trading sessions at dawn
Spend singing alley outside!
(QUINTANA, p.14) 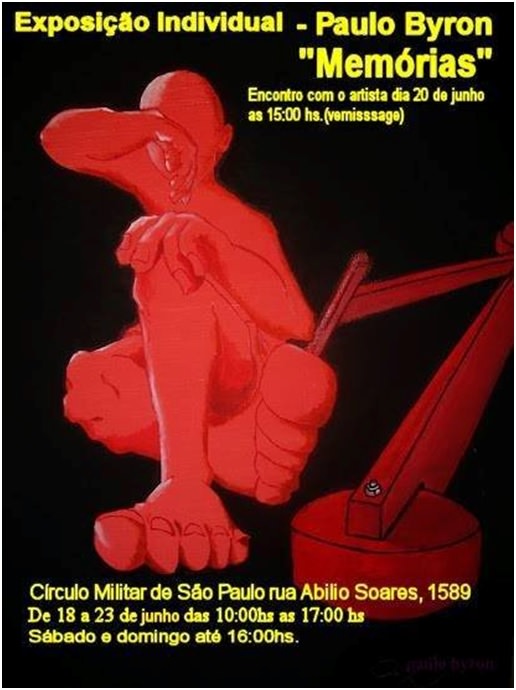 The longing and the ancient times are in the stroke of the artist, that displays a unique and unmistakable character. On large screens, the characters in exaggerated perspective, lead to the idea of movement and approach. The final is the feeling that they are walking out of the screen. The muted colors and serious contrast with the colorful toys, of objects and clothes, that stand out and let the joyful scenes, full of life and light. The artist plays with texture and with the designs in the background, that seem to protrude and embossed. The final effect is to want to look, the poetry of the works and the nostalgia that causes.

Check out the works of the artist: 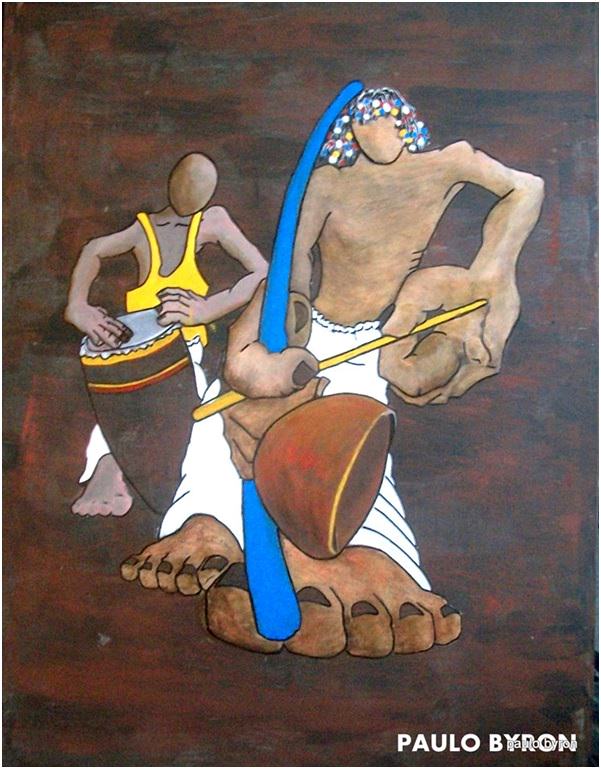 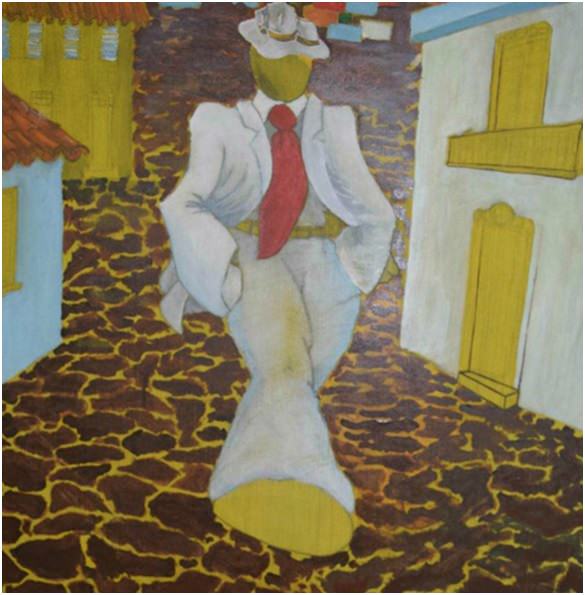 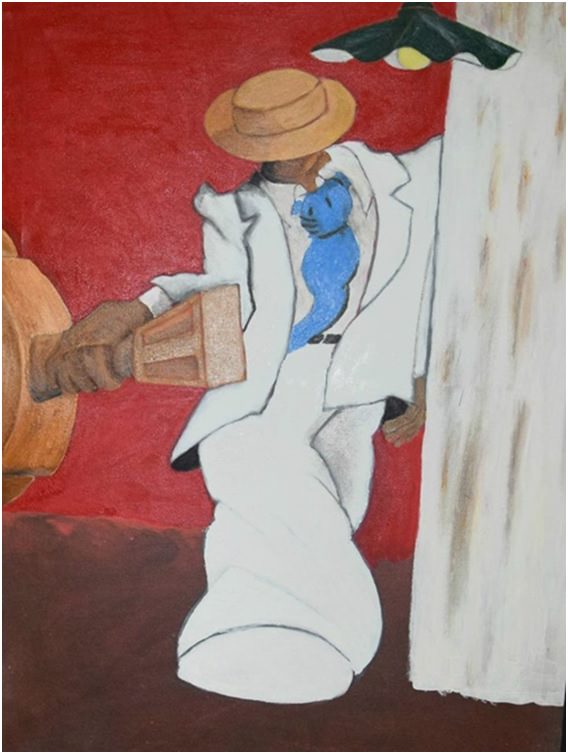 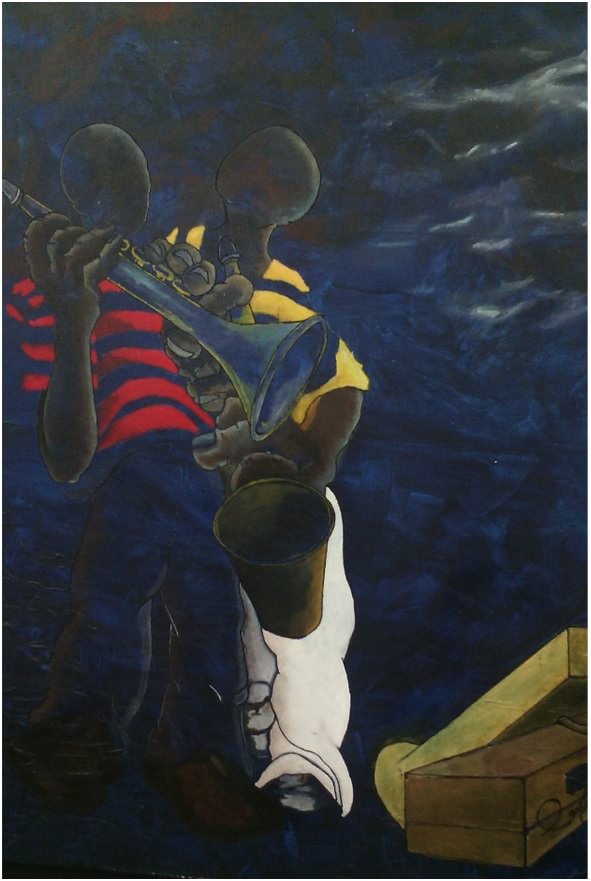 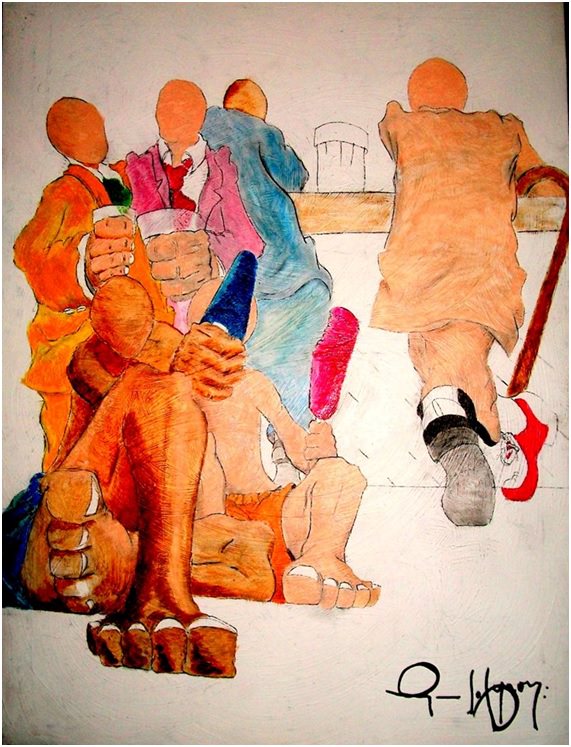 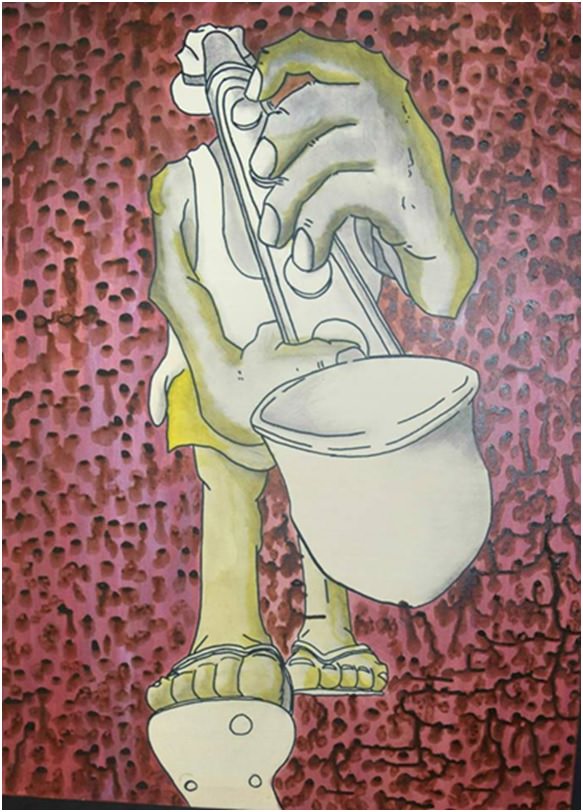 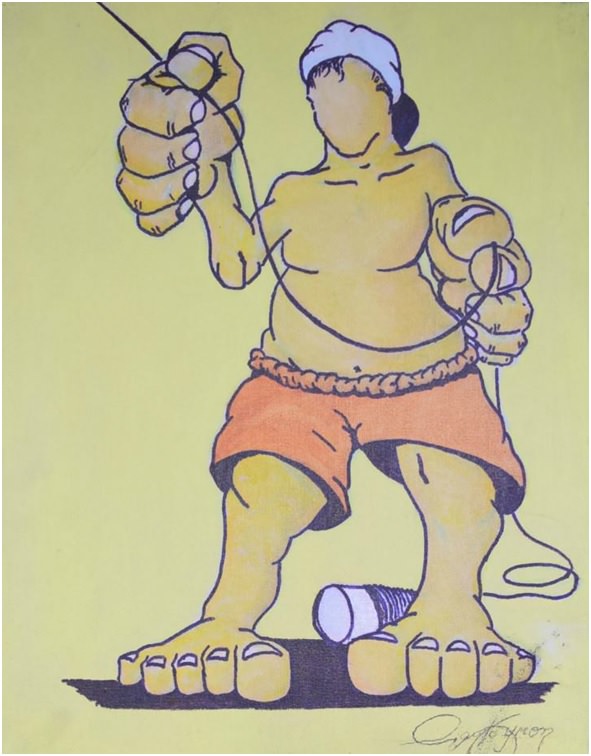 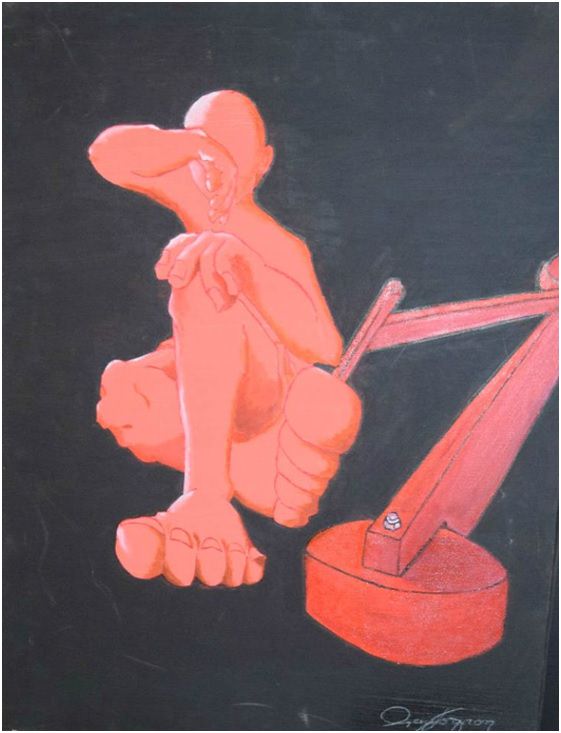 Previous: Universidade Candido Mendes launches an unpublished MBA for Professions of the Future
Next: “Picasso and the Spanish modernity” no CCBB Rio