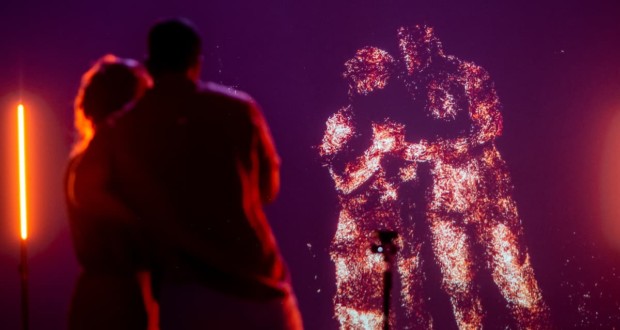 Exhibition "A.I.. Artificial Intelligence - Irreversible. Now." premieres at Cidade das Artes and presents the possible directions of this technology to the public

Interactive show will debate the ways of artificial intelligence and how it interacts with human beings through the ages. Free, will be on the poster of 6 November to 5 of december

A exhibition full of cinematic references, meanings and that has the human being as a source to think about the undeniable advance of artificial intelligence and how it can interfere in the future of humanity itself. This is how it will be presented I.A. Artificial intelligence — Irreversible. Now. which will occupy 600m² of Cidade das Artes with ten sections from 6 November. The show, you have free entry, keep playing until the day 5 of december.

Conceived by the director and cultural producer, Miguel Colker, and curated and an exhibition project created by Ostra Estúdio, by the designer of ephemeral spaces Rodrigo Franco, the exhibition will be held by Araucária Cultural Agency and will unite art, entertainment and information. With the concept that will show the future as a blank and intriguing page that will still be written, the exhibition will use three environments of the imposing and modern architecture of Cidade das Artes to dialogue with the public about the direction of artificial intelligence and how moral issues of human experience may interfere in the automation process.

“The human brain is both a source of inspiration and an instrument for AI development.”, defines the creative Rodrigo Franco, from Oyster Studio.

Continuing the exhibition, a staircase will display the main milestones of AI development starting with the movie “Metropolis”, masterpiece by German filmmaker Friz Lang, released in 1927 and which is considered the first science fiction film in cinema. The timeline will show how the 20th and 21st centuries were important for the progress of humanity through artificial intelligence. along the stairs, the public will find informational totems that, in addition to serving as a resting point, will explain what intelligence is and how it put man at the top of the chain in the animal kingdom and how the data, self-created, fuel AI and advance technology.

After finding out about the starting point for the creation of studies in artificial intelligence, visitors will find an immersive room, inspired by the concept of panopticon, by the French philosopher Michel Foucault. Her, it will be possible to participate in a game that tests knowledge and, at the same time, everyone will be watched by cameras, a mix of purposeful exposure and constant surveillance. In it the phrase "Smile, you're being filmed” will make perfect sense!

in the next moment, the audience will be guided to a room that will reference the scene at the subway station, do filme “Matrix”, directed by sisters Lily and Lana Wachowski. Her, it will be possible to have free will and face the consequences between choosing a utopian or dystopian future. In the next section, people will be co-authors of the future by generating data in the present. An interactive game will be proposed that will discuss ethical issues related to autonomous cars, making society think decisions together.

The Campo Minado environment will lead to reflection on the risks of lack of control over this technology. The floor will be designed with small explosions and ripples that will simulate a war environment. In it, there will be emblematic references to the films “Ex Machina”, “Her”, "2001 — A Space Odyssey" and "The Terminator". In the center of the room, will have a button and, in case someone triggers, the sirens will be turned on, changing room lighting.

The last space will bring the following question: "In the end, what is it to be human?”. Her, the exhibition invites the public to think about it., through an immersive experience with a motion sensor and luminescence projection. It will be possible to see the aura of people simulated through human warmth.

So that the greatest number of people can enjoy the exhibition I.A. Artificial intelligence — Irreversible. Now., the route will be inclusive and can be started in the elevator instead of the staircase. People with mobility limitations will have access to the timeline with the same information installed on the staircase.

Tickets can be collected through the Sympla platform (www.sympla.com.br) and will need to be presented at the entrance..

In order to reiterate the public's health commitment, the exhibition I.A. Artificial Intelligence - Irreversible. Now. will follow sanitary protocol, in accordance with the recommendations of the World Health Organization (OMS) and determinations of the Municipality of Rio. Stop avoiding crowding, will have reduced capacity to 60 people per hour, in addition to environmental sanitation conduits and triage posts at the entrance. The use of a mask will be mandatory throughout the visit..

And it has the support of PWC and Domingues e Pinho Contadores, and MIT Technology Review as a media partner.