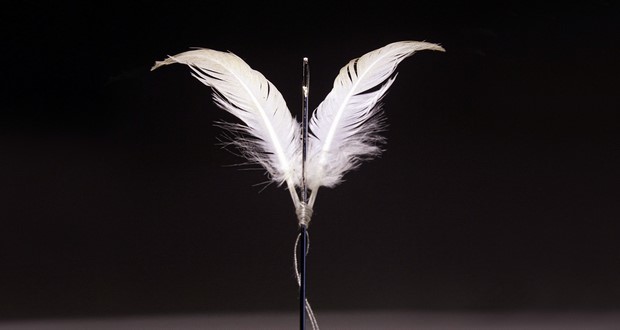 It shows the Post Office Cultural Center follows up 05/11

An invitation to reflect on freedom, the conditions and human behavior. This is the proposal of "Tailor Wings", individual and unprecedented exhibition of Claudio Parties that happens at the Cultural Center Post, in Rio de Janeiro, from 26/09 to 05/11. Curated by Marcelo Lake, the show presents a range of works that go through assemblage and impressions. Admission is free.

The duality exposure guide, bringing together the universe of "human tailors", permeating birth, life and death. On the other hand, everyday objects connect us to the world and reality, going use of soot and stones silver and gold; another, wings that lead us to a fantastic realism dimension where they live dreams and magic that overcome limits. The exhibition allows the visitor and reflects reelabore, from two "objects-being", the proper conditioning of "being-human-object": a visual metaphor that seeks to provoke, rescue the creative side, sensitive and free.

Through the work, the "Tailor Wings" sewing new flights, using as a starting point which affects us and touches us. The project, G-rated, It presents mediation with different approaches from the public, contemplate seeking adults, children and people with disabilities, with the presence of professional pounds (see specific dates in programming). Everything for, contact with objects-beings that inhabit this universe, causes a routine break in search of poetic thought and impossible flights, in an invitation to rethink ways and relations with the world. 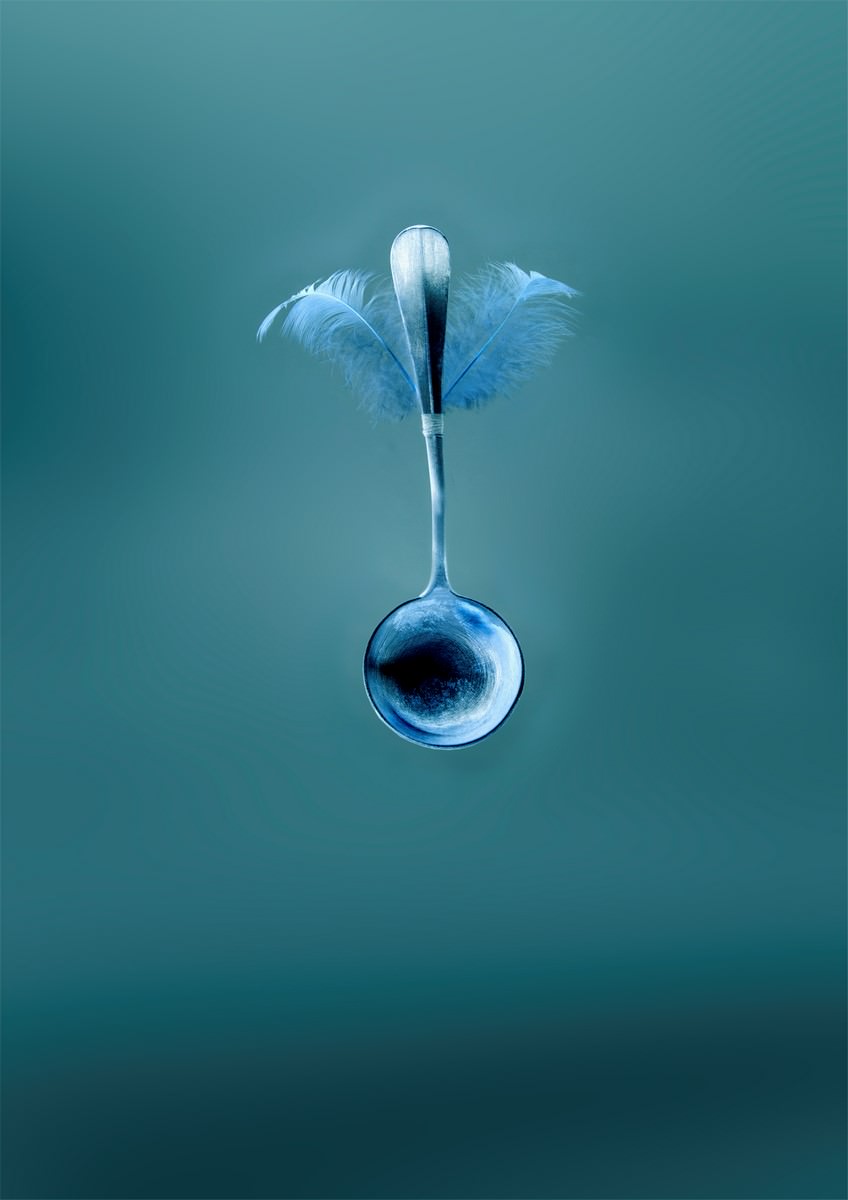 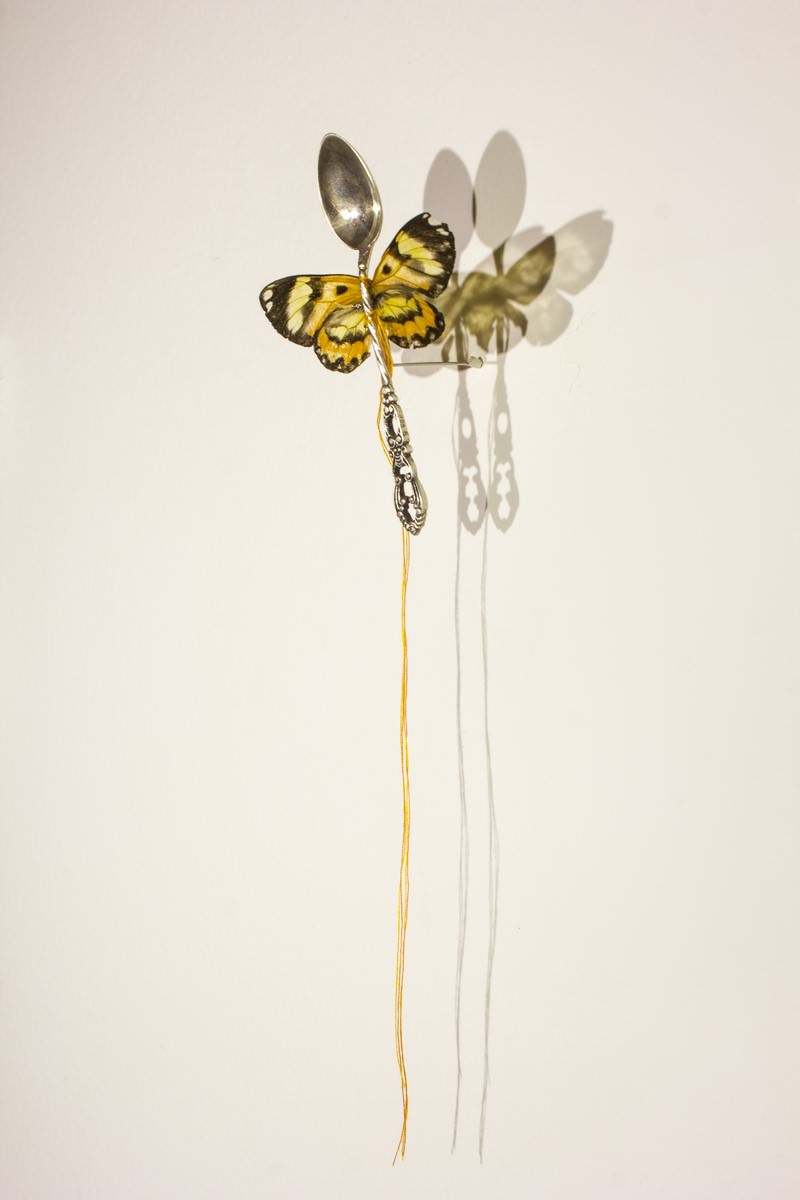 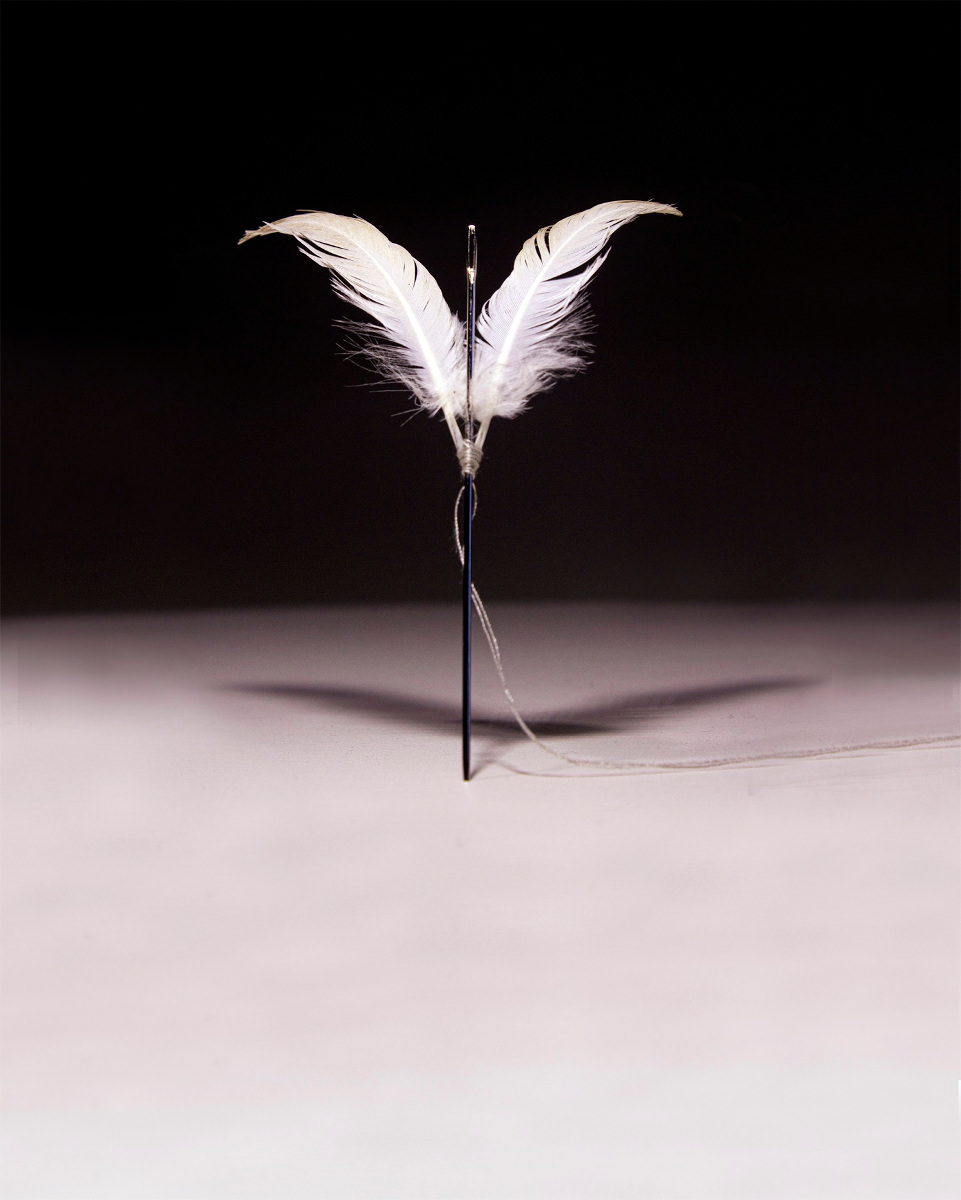 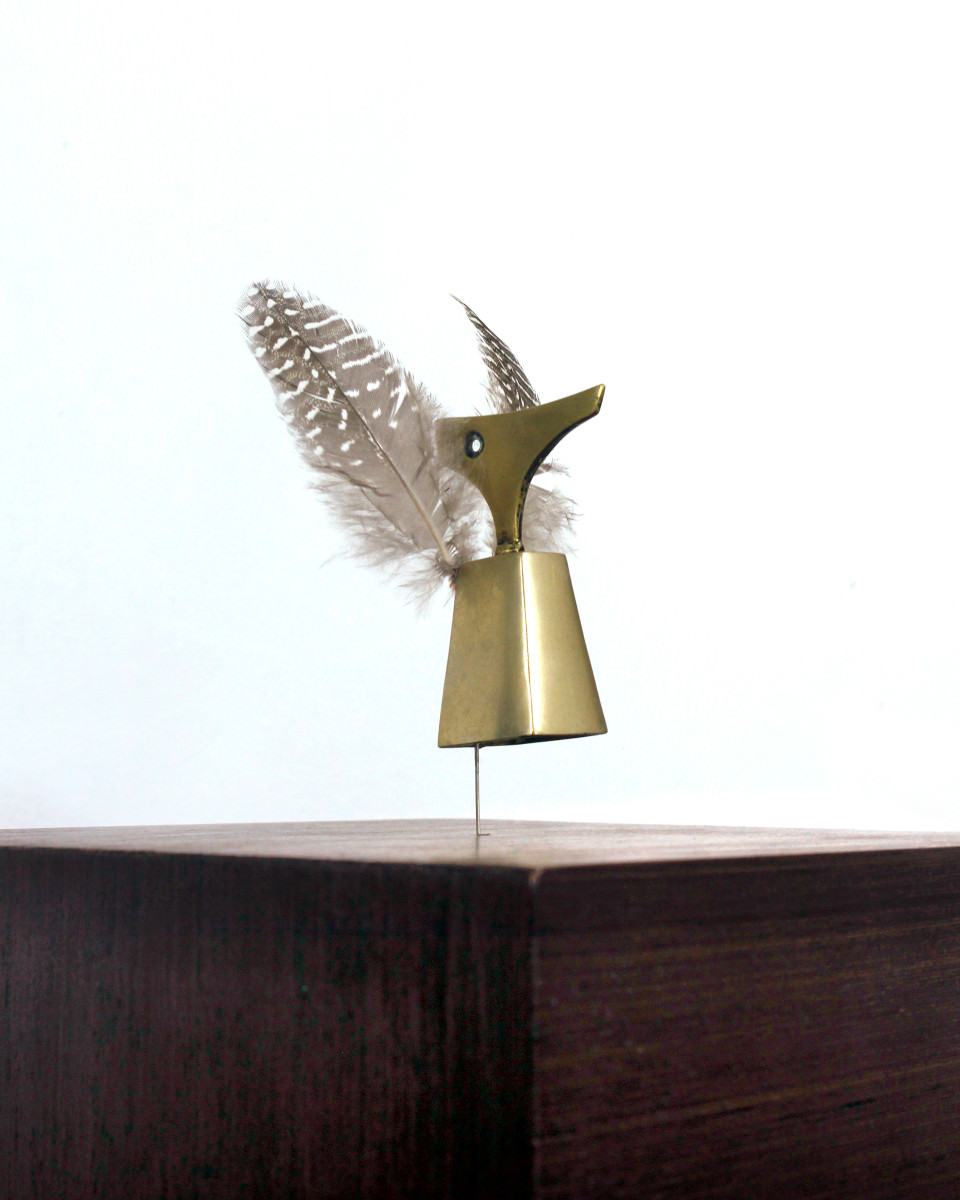 "When Claudio Parties has cobblestones and keys with the 'wings' that resemble insects, It makes us reflect on the boundaries between 'organically' and suggested the 'scientifically' organized. Uses a known procedure of the art we see in the collages of Picasso and Braque, where real elements enter without artifice in art world, and readymade Duchamp, that allow any common object, after being appropriate for an artist, is postulated as a work of art. Parties not only appropriates objects, but reframes, adding new aesthetic and poetic values, revealing a world of lightness and fantasy. He tells us of the life cycle, It creates a whole 'ecosystem' extraordinary, where simple objects come to life and history ", reflects the curator Marcelo Lake.

Claudio Parties thought "Taylor Wings" as a counter to the immediacy of the times, offering a deeper look and unhurried. Unlike the large format, requiring physical distance from the observer, the artist seeks to close. "Wings Taylor does not speak or cry over the pain of the world, but invites hear silence, Look at the differences in the 'invisible' and a natural life cycle is extinguished, leaving only memories and representations ", explains Parties, who developed the concept of the exhibition from a poem written by Tathiana Treuffar.

The exhibition remains open to visitors at the Cultural Center Post, in the center of Rio de Janeiro, Tuesday to Sunday, from 12:00 to 7:00 pm, until 05 th November of 2019, with free entry. 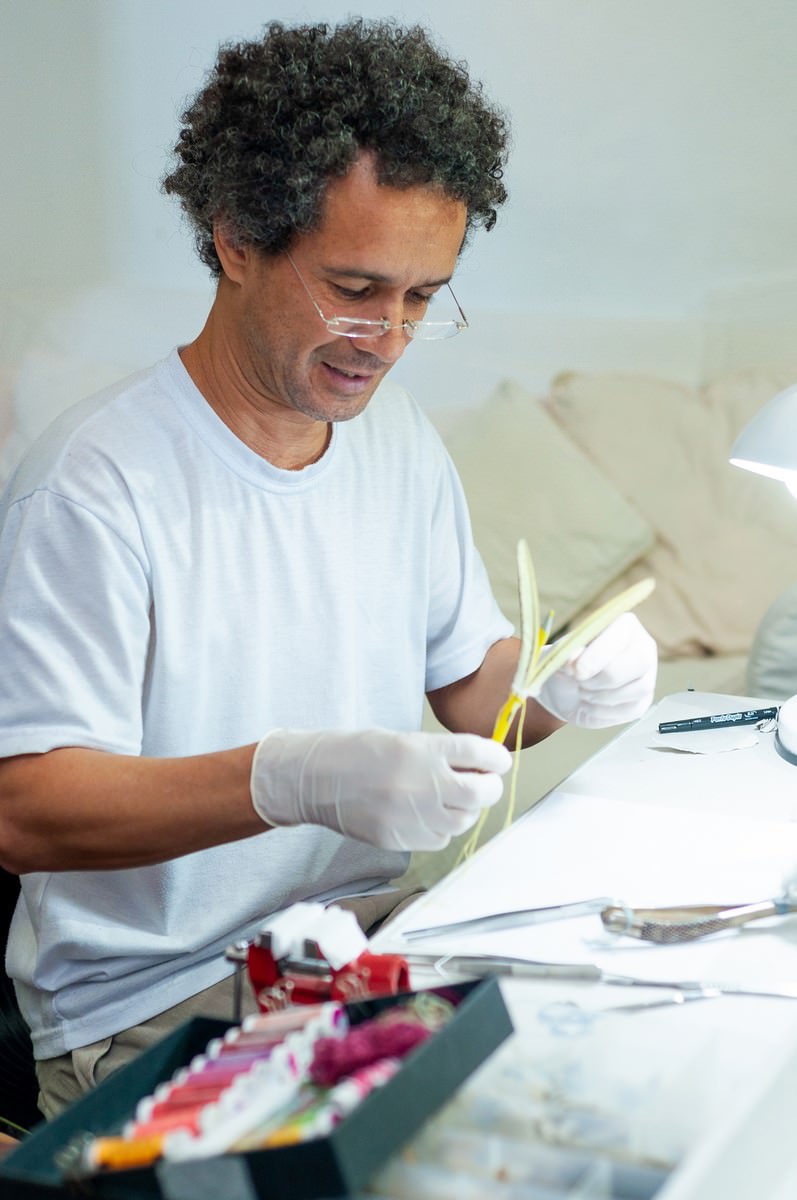 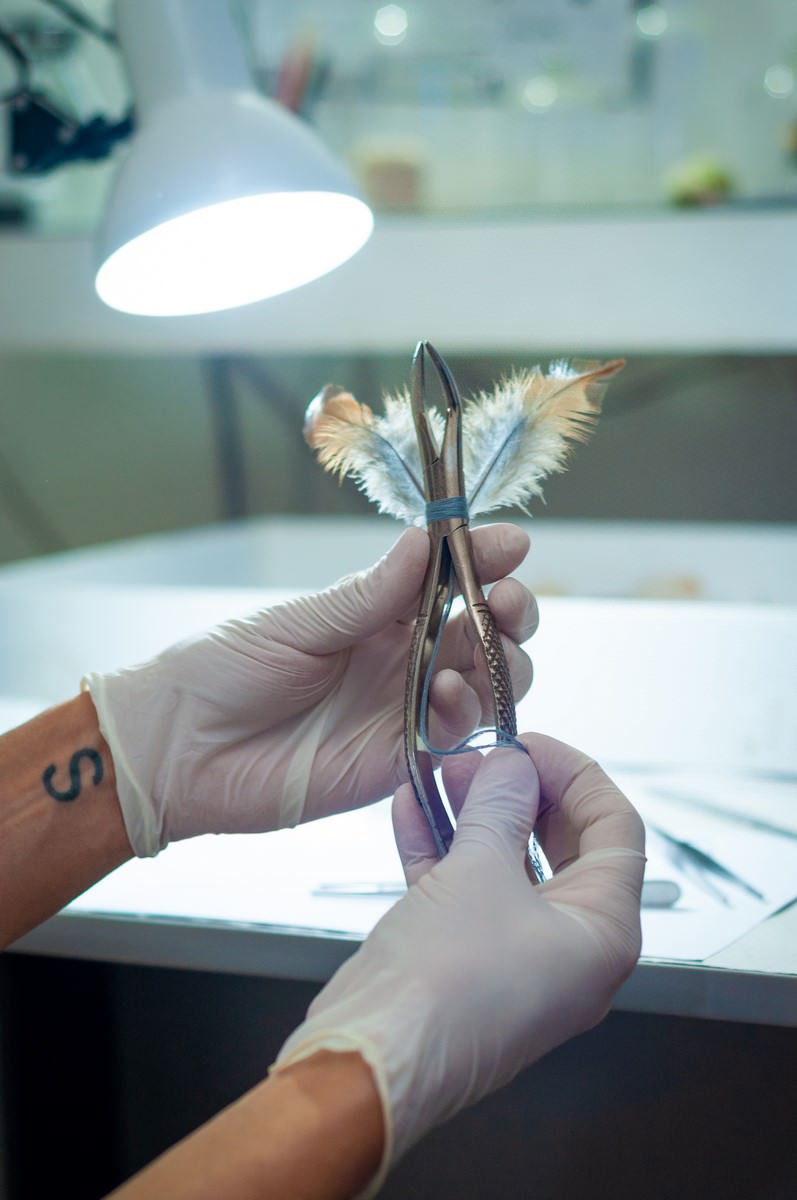 Visual artist, photographer and designer for over 25 years, Claudio Parties performs with "Tailor Wings" his third solo show in Rio de Janeiro. His work has the image as large search and exploit to the fullest guiding the possibilities and means to expand the expression and experience.

The artist also gave through eclectic references. "I Highlight Miró, that teenager fascinated me very much by the primaries and apparent simplicity; Raymond Lowey, that led me to design; and names like Aloisio Magalhães, Wladimir Days-pin and Gringo Cárdia, In addition to studies and disturbing works, provocative and stimulating of authors such as Nietzsche, Jung and Bauman ", reveals. 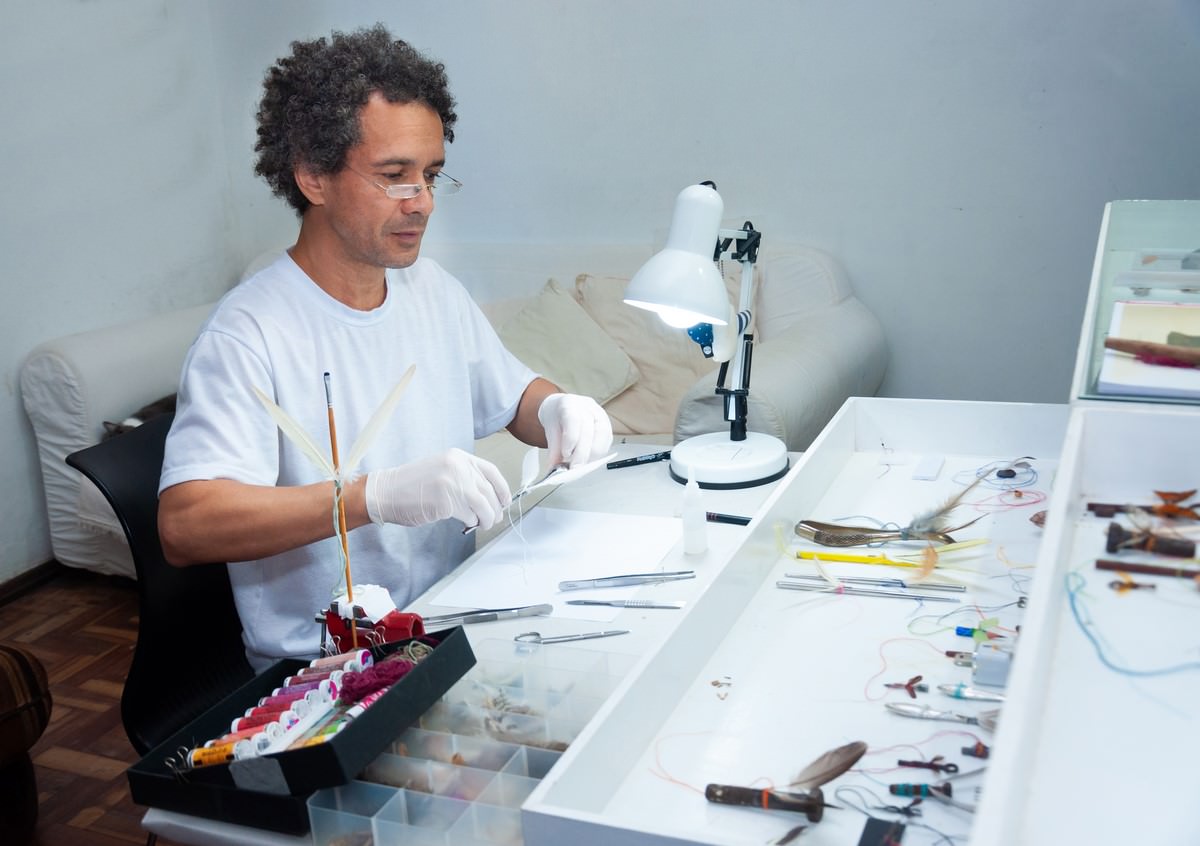 The lightness and the search for the essential are some of the most striking features of his work, as a whole. In a few moments, These images take on ares blurred, in a sentimental and spiritual approach, In contrast to the material. The goal is to raise awareness and evoke feelings. These are aspects that exist in photographic works as "3×4” (2008) and "Subtle" (2009) and in objects such as "Brazil" (2014) and the "Tailor of Wings", among others.