Voted the Best art exhibition of 2014, João Turin show comes to the MNBA 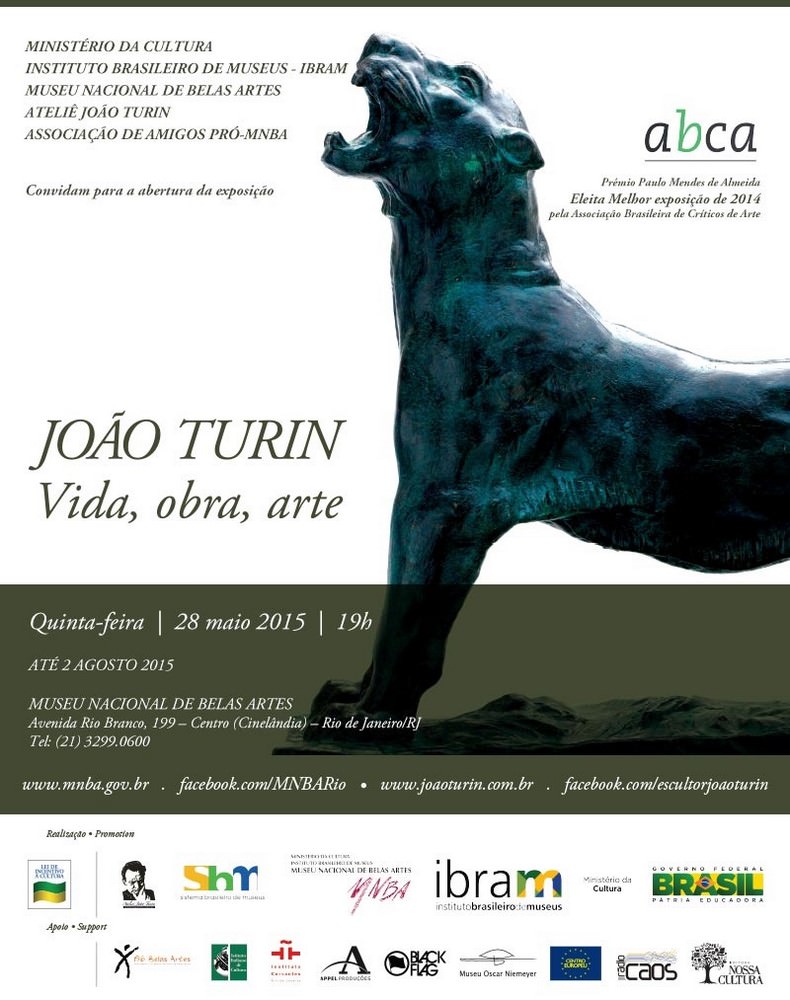 From day 28 de Mayo, will open, in the Museo Nacional de Bellas Artes, in Rio de Janeiro, the exhibition "John Turin-Life, ArtWork, Art ", shows which highlights the genius with which created the Brazilian sculptor John Turin (1878-1949). The exhibition was the prize winner Paulo Mendes de Almeida, granted by the Brazilian Association of Art Critics, in the category ' best exhibition of 2014 '.

After hitting record for visitation in the period in which they were in the Oscar Niemeyer Museum, in Curitiba, where he received 266 thousand people, the shows, He has curated by José Roberto Teixeira Leite, starts your itinerancy by Rio de Janeiro, City that was marked on the trajectory of the artist. After spending a season in Europe, between 1914 and 1922, where he studied at the Academy of Arts in Brussels, in Belgium and, After graduating, lived in Paris, Turin returned to Brazil. Allocating in Curitiba, the sculptor was traveling constantly to Rio de Janeiro, where was awarded, in the national Salon of fine arts, on two occasions: the first in 1944, When he received the Silver Medal with the sculpture "crushing the Tiger Snake" and the second three years later, with the ounce "Moonlight do Sertão", with which won the gold medal. 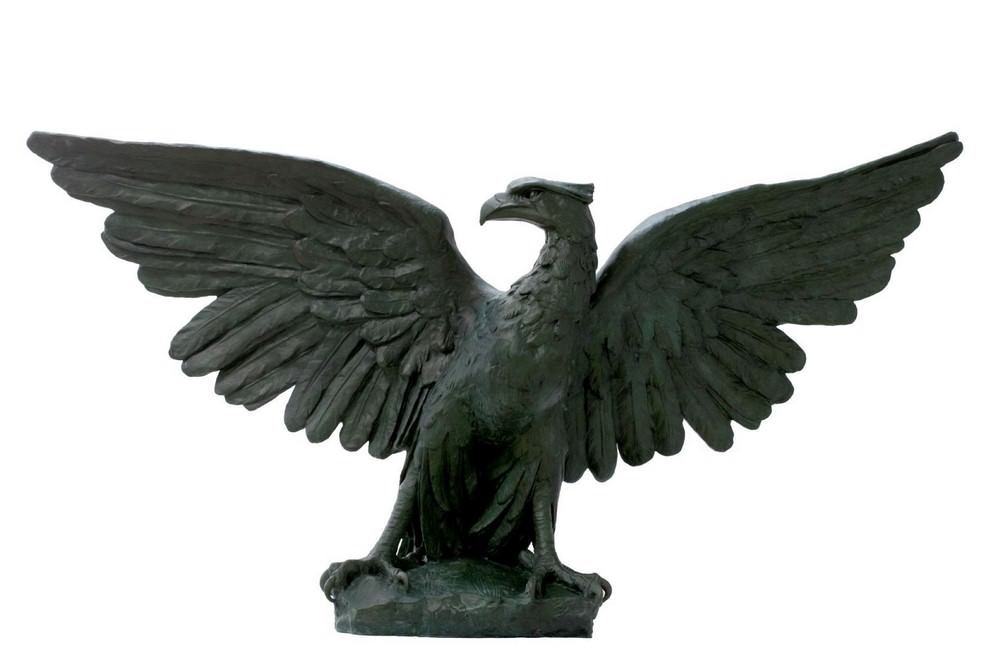 These sculptures adorn, until today, the Praça General Osório and the Quinta da Boa Vista, respectively. Other contributions from Turin to Rio de Janeiro is the bust of the Baron of Rio Branco, in the garden of Méier and the bust Emílio de Menezes, in Largo do Machado. 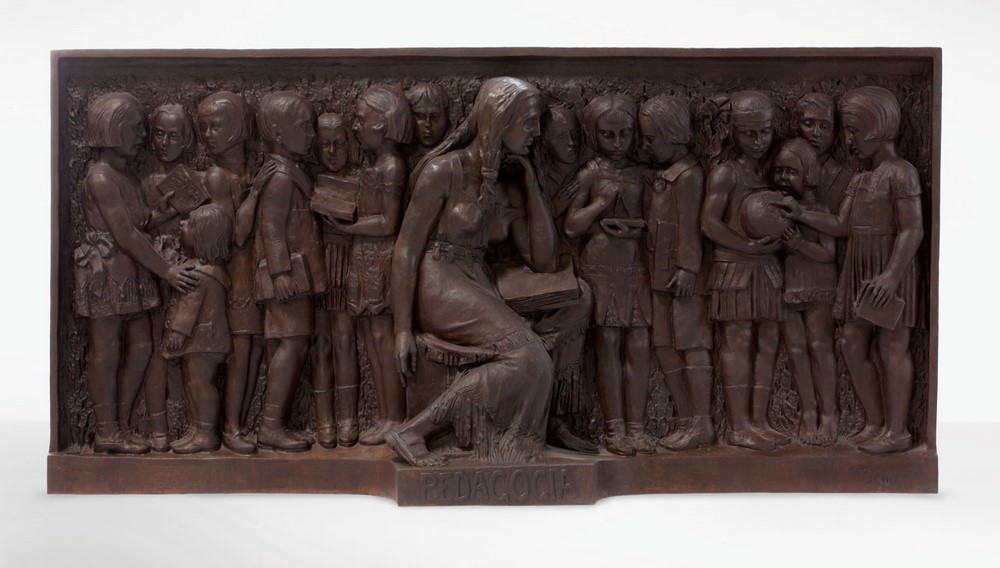 – Natural trajectory of Porto de Cima, municipality serrano paranaense, John Turin showed, since childhood, interest in the arts. Thanks to the support of local government, got a scholarship that made their trip to Belgium, where he joined the Academy of Arts in Brussels, in 1914, and stood out for his work with human and animal anatomy. After graduating, the Brazilian went to Paris in search of work, and the city was a contemporary of great personalities, as Auguste Rodin, Picasso, Modigliani, Mondrian, Chagall, Matisse, Rilke, Jean Cocteau, Victor Brecheret, among others. After facing the war years in France, the artist returned to Brazil, where lived the most creative years of his career, immortalized in bronze. John Turin died in 1949 and left a full collection of moulds in plaster. 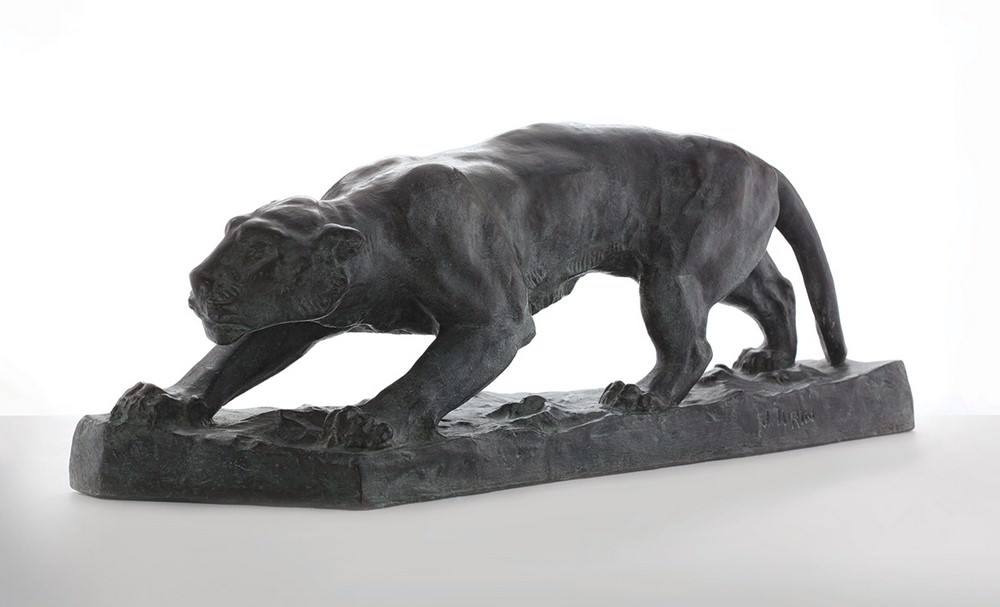 Cat on the prowl. Photo of Maringas Maciel.

Exposure-seeking show most striking facets of Turin, more than 80 pieces of the artist will be in the MNBA. Among the works, the acclaimed him as one of the leading Brazilian wildlife sculptors: the already known of the carioca public Moonlight do Sertão and crushing the Tiger snake, Besides Marumbi, Ounce lurking and more 24 cats. Visitors can also admire the ' Friar ', sculpture chosen by the Brazilian Government to give the Pope Francisco on their visit to Brazil in 2013, What puts John Turin among the rare Brazilian artists present in the Vatican Museum. 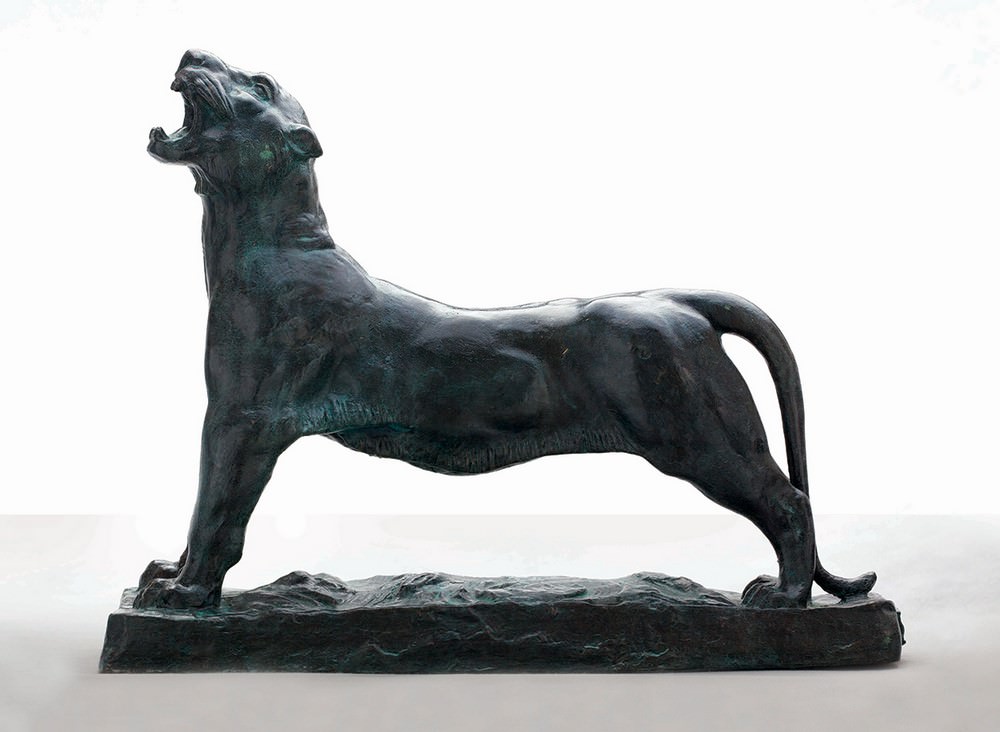 The shows also will bring a true relic: a Pieta, made in 1917, for the Church of Saint Martin, in Condé-sur-Noireau, in lower Normandy, France. Even after the region was severely bombed and the Church of Saint Martin, with a thousand years of history, seriously damaged, the sculpture remained intact. The Indian theme, strongly present in the work of the sculptor, will be very well represented. Among the sculptures, the highlight is the Indian Guairacá, with 1, 23 m tall, wielding his bow and arrow beside a Wolf. 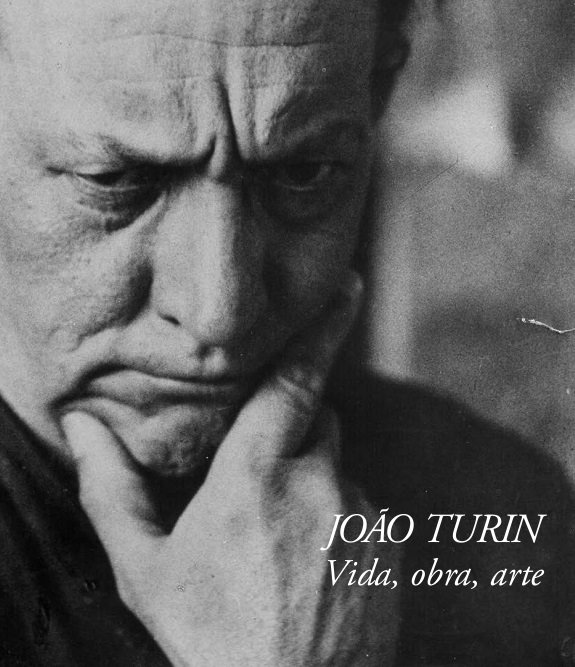 Visitors can also admire the drawings of Turin, which also served as inspiration for the stone sculptures created. The exhibition also includes a copy of the biographical book that bears the same name of the exhibition. Written by Teixeira Leite, the book was the winner of the award in the category best Sérgio Milliet art book of 2014, Awards granted by ABCA. 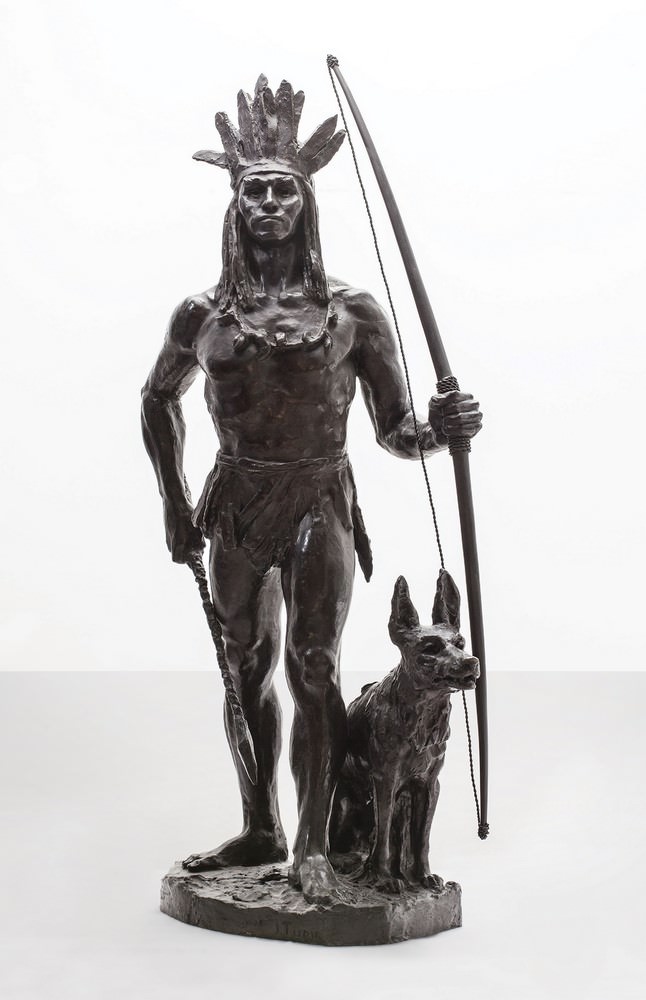 The exhibition is the difference that all the works can be touched by visitors, because the artist left express, in manuscript, the wish that their creations could be felt with your hands.