Home / Art / MAR exhibition by Luiz Martins at BASE Gallery

MAR exhibition by Luiz Martins at BASE Gallery

‘meeting of the waters of Yemonjá, caretaker of secrets, theories and stories, brings out the series and exhibition by artist Luiz Martins’ APL

A BASE gallery, closes its exhibition schedule of 2021 with “MAR”, from the multimedia artist Luiz Martins, composed of two series: “primary traces” with works in acrylic tempering technique and “Sea”, composed of unpublished works, created in India ink and washes, in a set of 25 drawings and paintings that attest the artist's commitment to sustainability and environmental preservation issues. The curator is Ana Paula Lopes.

Second concept developed by the curator, “a exhibition MAR, at gallery Base in São Paulo, brings together a production that explores a pictorial materiality in the technique of drawing and painting, composed of roughness and a grid of shapes, where colors transit through ocher and black and gray scales, which dilate ethnographic concepts, anthropological and political aspects of a maritime territory, constituted by a linguistic and material invoice, that are explored by the artist.”

divided into two parts, the show exhibits on the ground floor “primary traces” where works using colors in which many of them result from an authorial technique – of acrylic tempering on cotton paper to achieve the desired pictorial palette – where the artist marks the surface of the paper in an allusion to the scars left on the slaves' skin, giving rise to cave forms. “Luiz unites its origins – black and indigenous – the result is a powerful set with a refined finish and a unique technique”, explains Daniel Maranhão.

Earth tones predominate, however bright colors, like yellow and red, complete the unit. It is “A set of shades of ocher and color, that develops from a simultaneity between anthropology and rock ethnography, outlined by a circular spelling, that intends the roughness and dryness of a savannah, as if they were engravings on rocks", explains Ana Paula Lopes 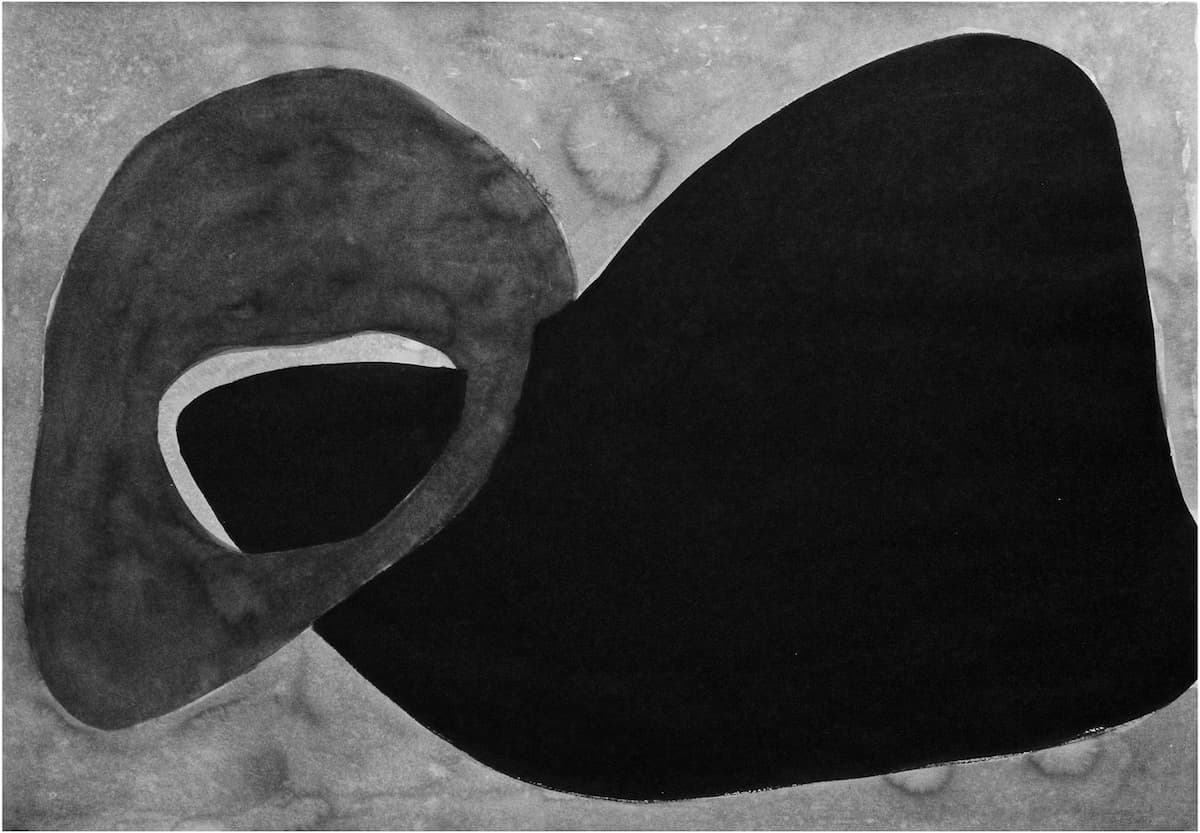 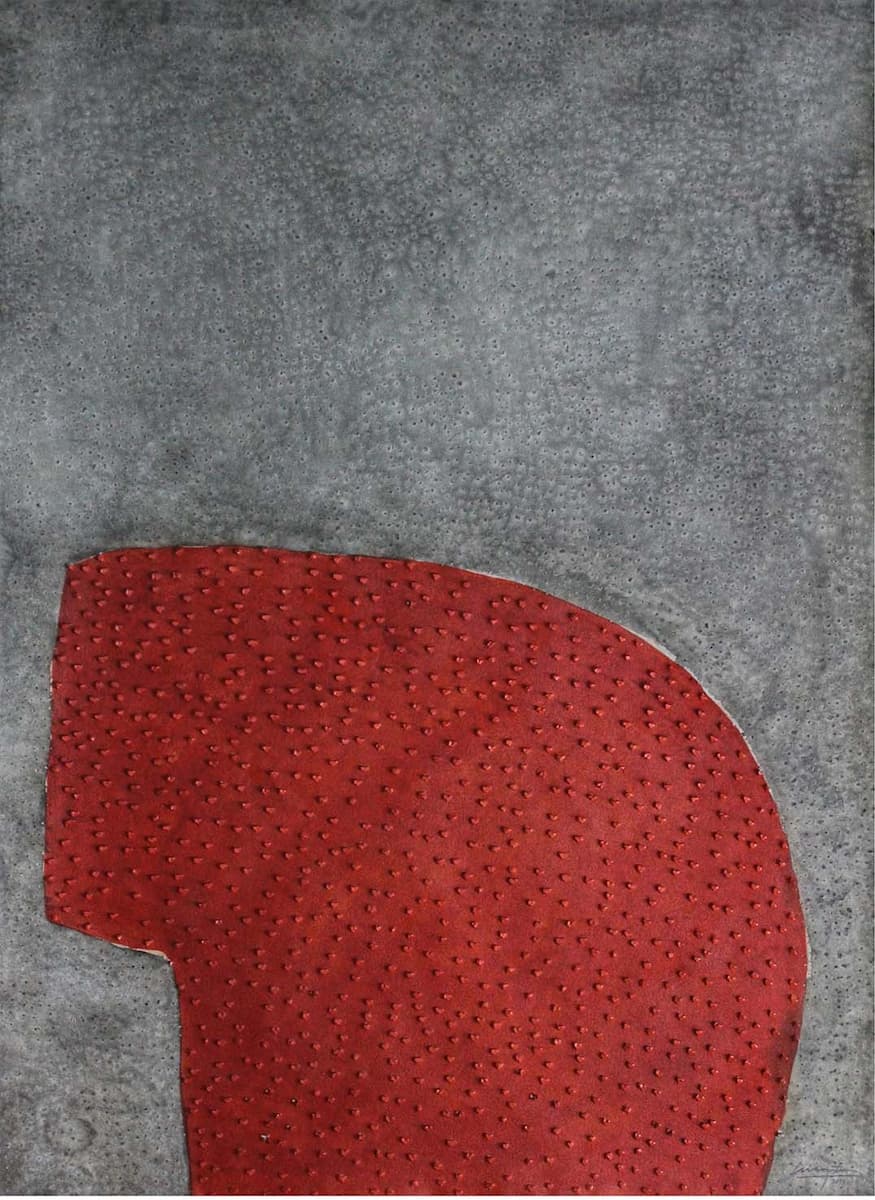 Do not walk higher, there is the series ‘Sea’ that arises after a long period of creative gestation. “Sea” is born in 2016 When Luiz Martins begins to collect materials thrown to the beach by the sea on his walks along Praia do Sonho. Shells, stone, corals and so many other organic materials are taken to the studio and begin the construction of drawings "as if he were thus returning to the sea what was thrown by him", complements Maranhão.

Second Luiz Martins, when talking about new jobs, comments: “A series of drawings in which I make a representation of the fragments found on walks through the sands in order to understand the potential of these elements left by the seas throughout their trajectory, elements that for me represent strength, energy and fluids of connection between contemporary life and ancestry".

These new drawings and paintings don't show the obvious; are not green and blue records, that comes to mind when thinking about sea. in reverse, are black and white images, with shades of gray. The techniques chosen by the artist – Indian ink and washes – added by some artifices such as mechanical blowing, show themselves as fundamental and accurate for Luiz Martins achieve the final pictorial result explored by him.

“Sea from Luiz Martins, deep water, almost matched those of the ocean, that amalgamates a plurality of concepts and poetics, expressing other images that we do not associate when we refer to the sea.” Ana Paula Lopes 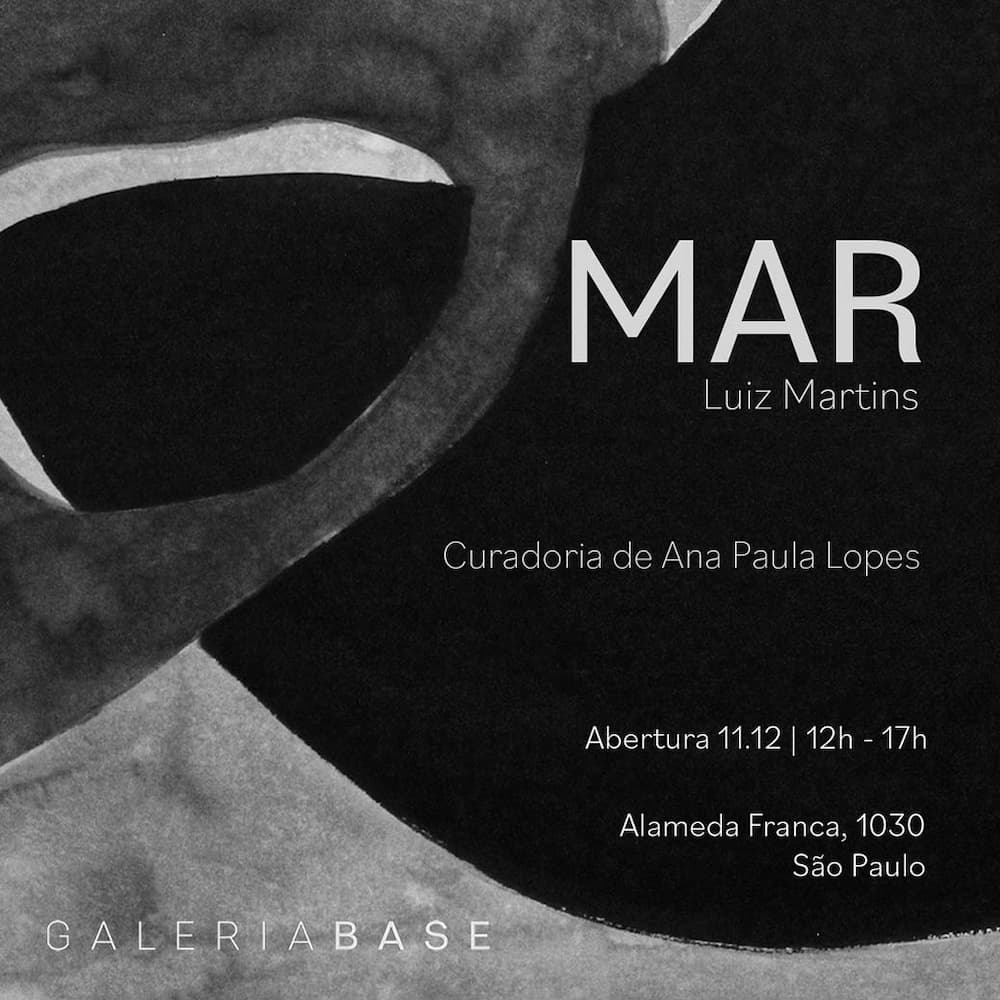 MAR exhibition by Luiz Martins at BASE Gallery. Disclosure.

Luiz Martins is of indigenous origin on his father's side, being the son of a black mother. He lived with the Indians of his tribe, the Maxacalis to the 17 years, when he moved to São Paulo, to attend the Faculty of Fine Arts of São Paulo. Exhibited for the first time in 1996, at the Casper Líbero Foundation, curated by Professor Walter Zanini. From then, integrates several individual and collective exhibitions in Brazil and abroad such as Poland, Lithuania, Denmark, Italy, Portugal, Austria and Japan. Since 2008 maintains a permanent studio in the city of Vienna, with Venezuelan artist Gustavo Mendez. It currently has 3 published books and their works are part of important collections, like MAC USP.