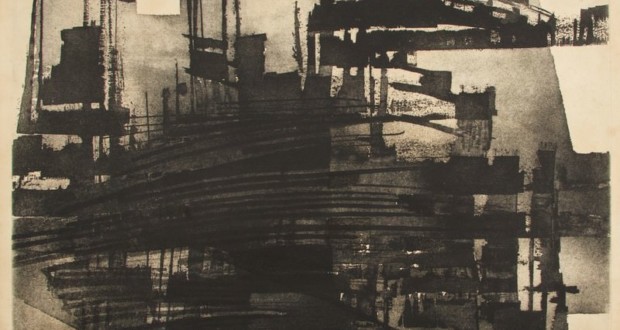 Curated by Marcus Otter and Viviane Matesco, the shows
opens at the Museum of the Ingá, on Saturday, day 25 November,
with more than 100 works of 50 artists

The exhibition Experimentation and Method celebrates the 40 years of engraving Workshop of the Ingá and rescues the memory of your importance in a time of re-democratization of Brazil and of great cultural effervescence in Niterói. Meaning, especially, a tribute to your Creator, the artist Anna Letycia, We have deployed innovative coordination worrying not to jettison the etching of contemporary debates and intersections with other languages. With this order, attracted numerous teachers of different media of the Visual Arts, as Alair Gomes, Aluísio Coal, Newton Cavalcanti, Rubem Grilo, Carlos Martins, Ronaldo do Rego Macedo, José Lima, among others. The workshop for Anna Letycia is a "workplace, a lookup field, Exchange of information and experience ". This thought experiment, but also accuracy and method, prioritized by artist Inga made the workshop a central hub for the artistic scene of Niteroi and Rio de Janeiro. “The Ingá workshops were one of the cradles of art years 80. A generation that was born in workshops, that not attended formal lessons ' or ' universities. In this sense, the Parque Lage, the Museu do Ingá and MAM represented artistic practice "training locations, says Marcus Otter who signs the curator of the exhibition along with Viviane Matesco.

Experimentation and Method will be the leitmotif of the exhibition featuring works of own Anna Letycia, of their teachers Oswaldo Goeldi, Iberê Camargo and Darel Valença Lins, In addition to its employees and some of its former students who Excel in contemporary art, as Analu Cunha, Marcus Andre, Felipe Barbosa, Rosana Ricalde, Ana Martin, Fernando Lopes, Chang Chi Chai, Beatriz Pepper, Armando Mattos, among many others that produced exclusive works for the exhibition. As a celebration of the artistic context of Niterói, the exhibition includes also young artists who were born or work in the city revealing its cultural force. “This exhibition pays homage to Anna Letycia and consolidates the importance of not only the role of the workshop, but also by the collection of the Museum, references on Goeldi and many other well-known writers ", complements the curator Viviane Matesco.

The exhibition Experimentation and Method extends the engraving in a contemporary hybrid field. The discussion of reproducibility of images with multiple processes and innovative technologies will be a way to clarify the engraving on a magnified and experimental design. The engraving offset towards other languages emphasizes print procedures in the engraving. These issues pertain to the work of contemporary artists in this show that certainly will look to visit.

Under the command of museologist Mariana Varzea, the educational project of the exhibition will have workshops and art-education activities about the techniques of engraving, for all ages carried out from Wednesday to Sunday, during the opening hours of the Museum. 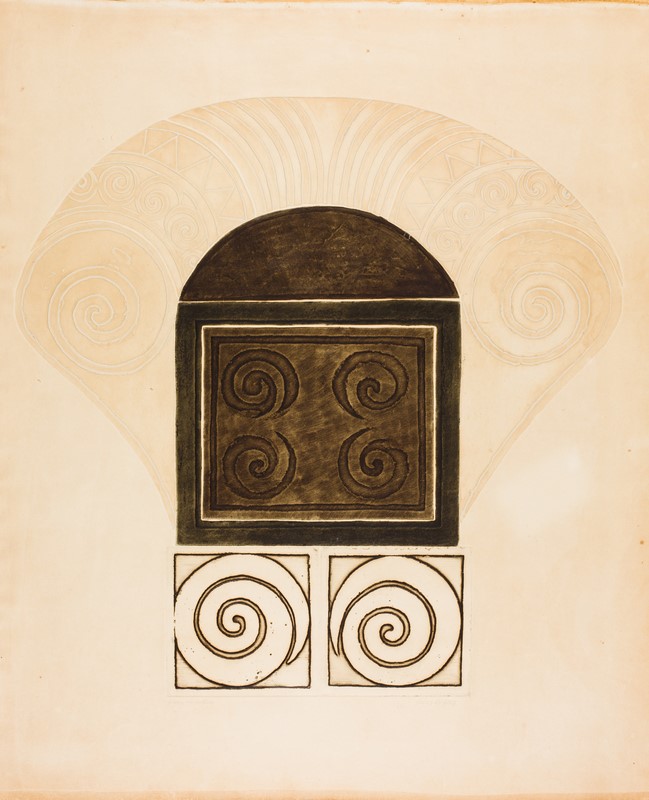 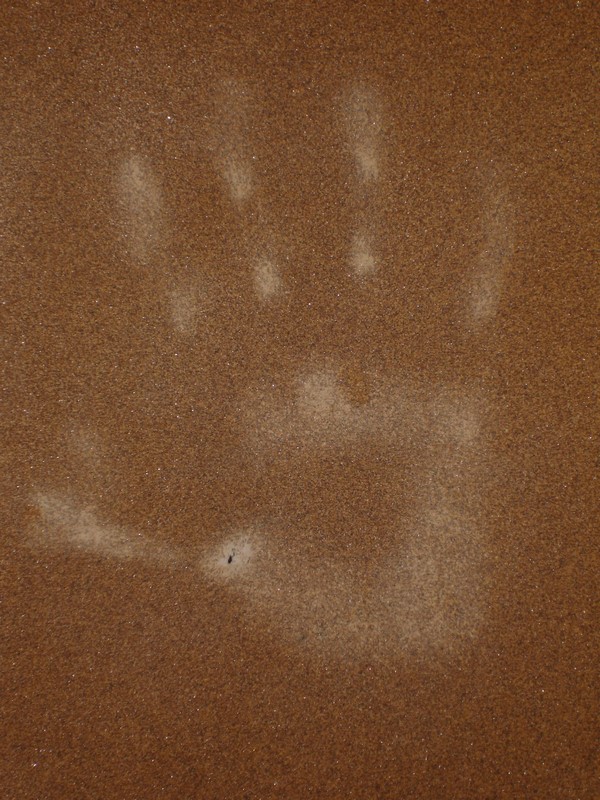 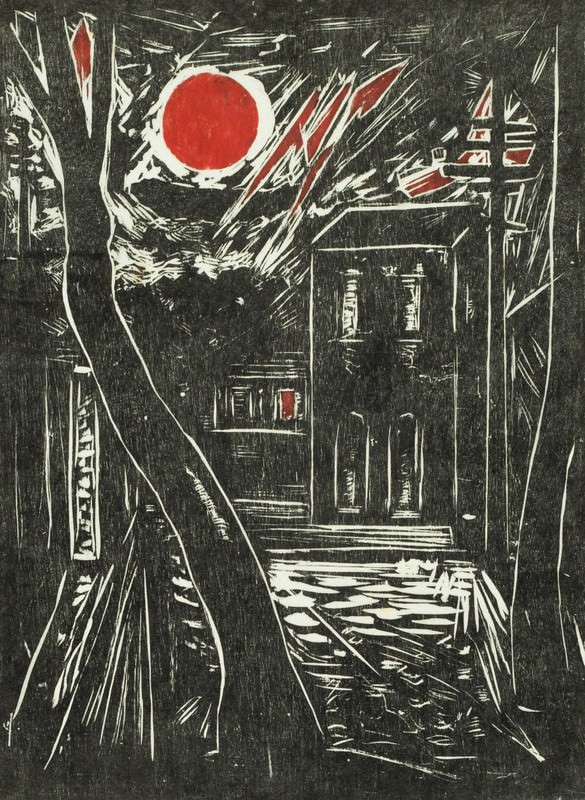 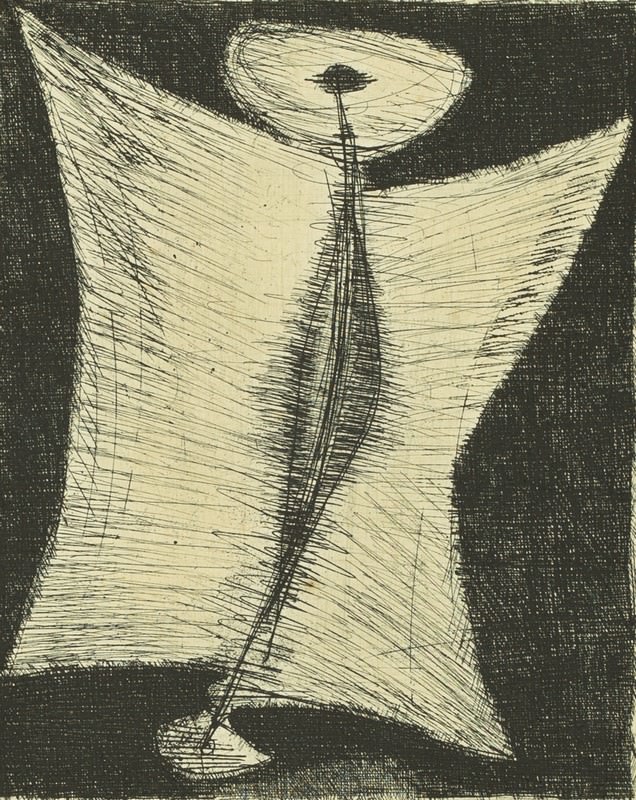 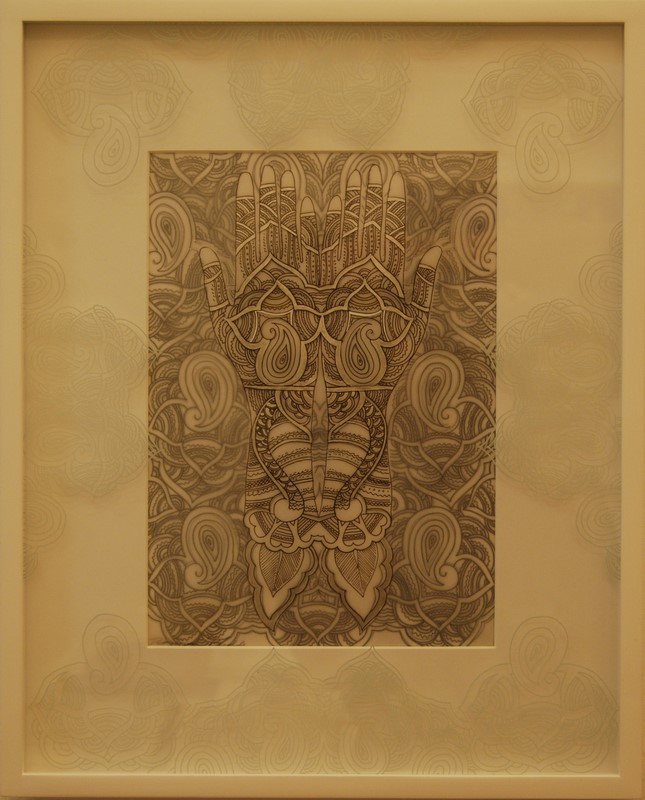 Rosana Ricalde, the Palm of the hand stories. Photo: Disclosure.

The workshop created by Anna Letycia

The Museum of engraving workshop Ingá, the Secretary of State for culture/FUNARJ, activities began on a trial basis in August 1977, Although the official inauguration took place only in 14 th December 1977. Drawing courses offered (Aluísio Coal) and different forms of engraving by Anna Letycia, José Assumption Souza and José Lima, Mario Doglio (former Director of Engraving of the Mint), ISA Adarsh and Newton Cavalcanti (woodcut), Carlos Martins and Solange Oliveira (in 1978), and Edith Behring (in 1982). The following year, Anna Letycia receives the State Prize Golden Dolphin by the creation of the workshop. The subsequent inauguration of the sculpture workshop coordinated by Harald Barroso printed an effervescent Ingá Museum climate, that became a center of experimentation and contemporaneity in the city of Niterói. It is important to highlight the participation of Rossini Perez, renowned writer, that in the mid- 1980 overrides the coordination of the workshop for a few months, period in which Anna Letycia departs to organize shows of your work. It is also essential to mention the participation of Ricardo Queiroz as main contributor, that continues until today the work started by Anna Letycia.

Anna Letycia Frames (Teresópolis, Rio de Janeiro, 1929). Label. Starts drawing and painting studies with Bustamante Sá (1907-1988), the Brazilian Association of Design, in Rio de Janeiro. In the 1950, in the river, attends the course of André Lhote (1885-1962), studies engraving with Darel (1924), at National School of fine arts (Enba), and with Iberê Camargo (1914-1994), in the Municipal Institute of fine arts. Performs woodcut course with Oswaldo Goeldi (1895-1961), at Escolinha de Arte do Brazil, and painting with Ivan Serpa (1923-1973), who participates in the creation of the Front Group. In 1959, frequents the atelier of Museum of Modern Art in Rio de Janeiro (MAM/RJ), coordinated by Edith Behring (1916-1996). Is invited to teach printmaking at the atelier of this Museum, activity that carries between 1960 and 1966. Teaches printmaking in Santiago, where he was given the title of professor honoris causa of the Catholic University of Chile, in 1961. In 1977, installs in Niteroi to Printmaking workshop in Museu do Ingá, which coordinates to 1998. Develops activities of scenographer and costume designer, and acts mainly in partnership with Maria Clara Machado (1921-2001). In 1998, It is published the book Anna Letycia, Angela Ancora da Light, by Editora da Universidade de São Paulo. 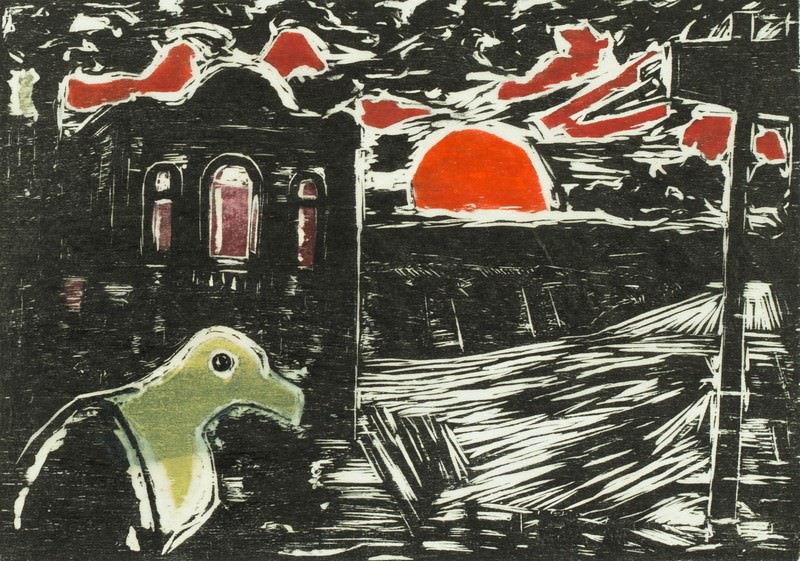 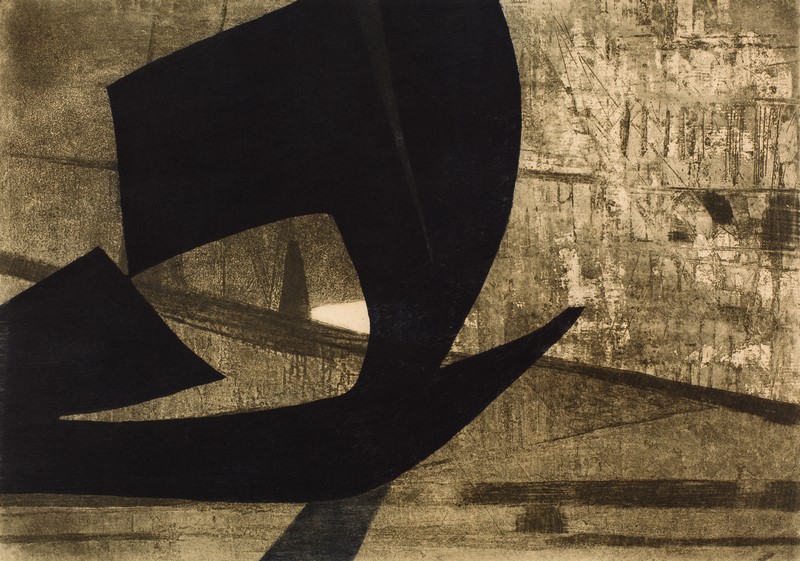 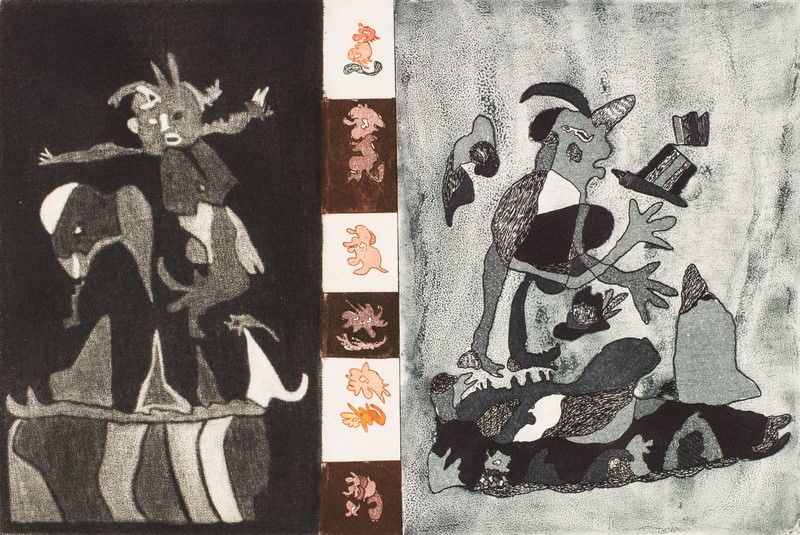 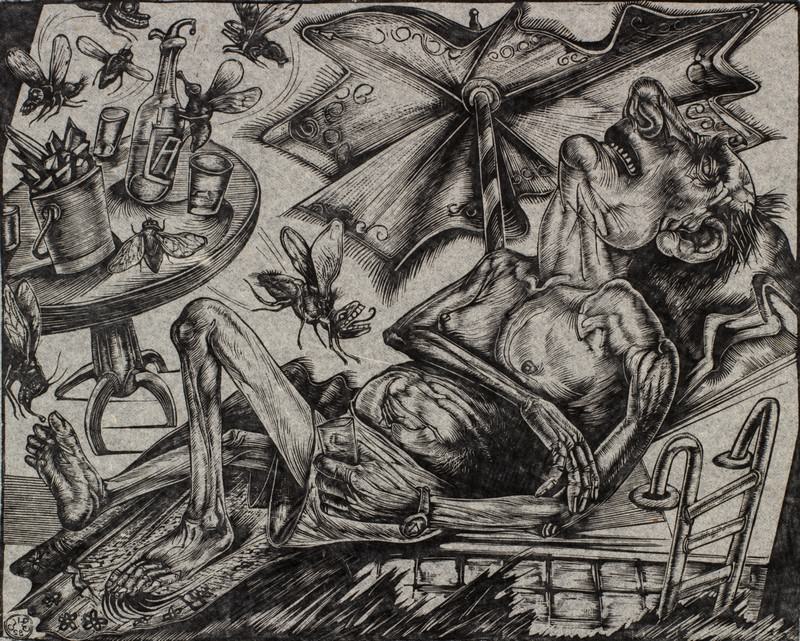 Rubem Grilo, the edge of the pool. Photo: Disclosure. 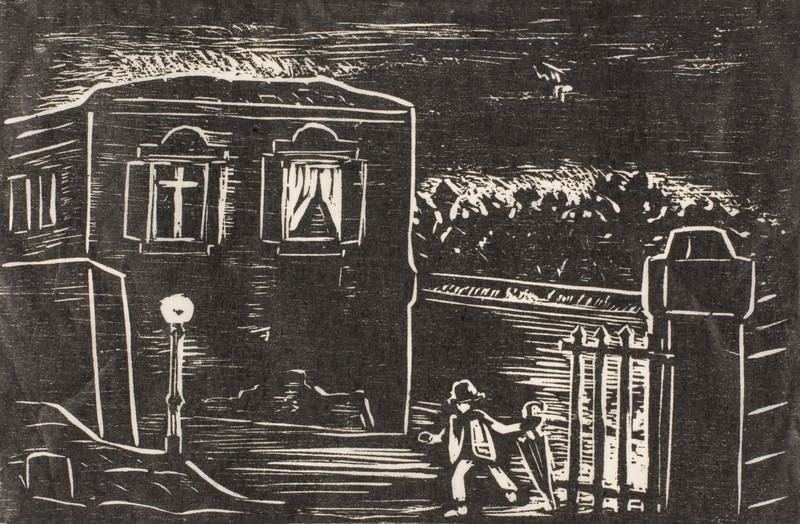 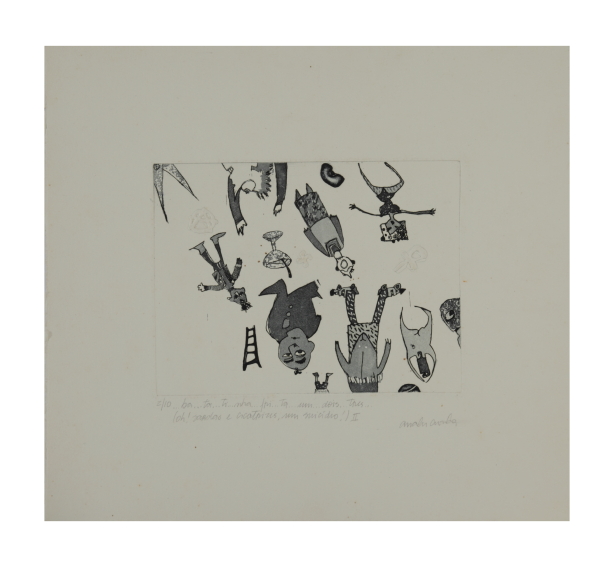 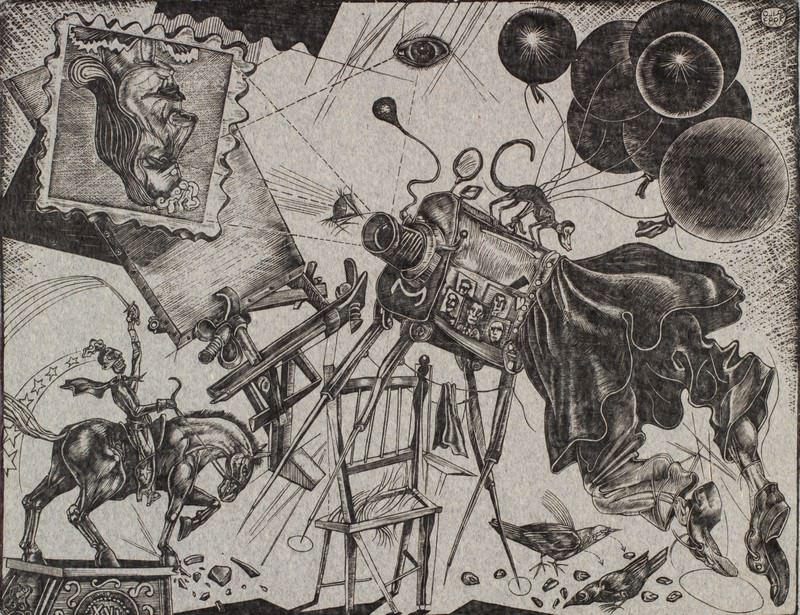 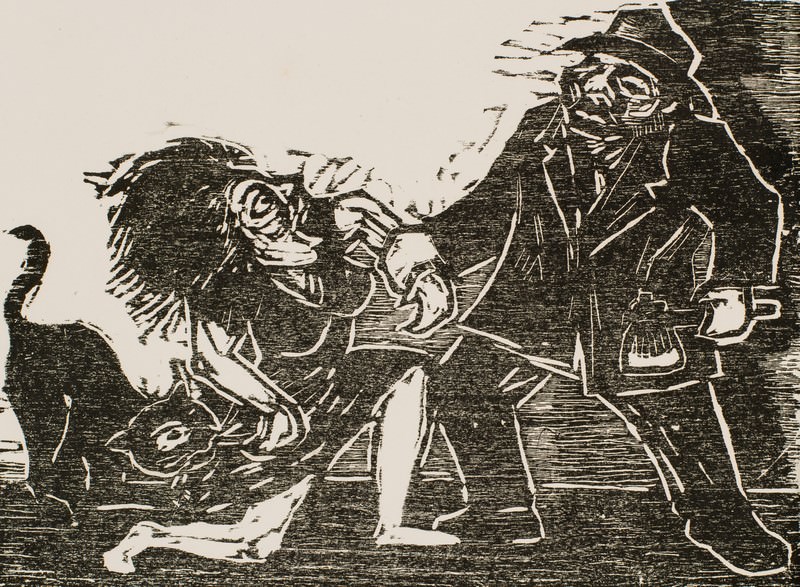 PhD in Visual Arts (UFRJ), critic and curator, Professor of art history at the school of Visual Arts/Parque Lage (1998 to 2008) and currently teaches at Universidade Federal Fluminense (UFF) in Niterói. Worked at Funarte, the Museum of Modern Art and Design Visual Directions / Itaú Cultural. Held various curatorial between them “Special room Amilcar de Castro” (Funarte), Tehching Hsieh "in the Center Helio Oiticica" and "Body in Brazilian Art" (along with Cocchiarale at Itaú Cultural, São Paulo). He has published the books Body, Image and representation (Zahar, 2009), Around the body (UFF, 2016). As curator of the Museum of Inga (2009/10) held the exhibition "the landscape in BANERJ" and published the book A collection in study – BANERJ Collection.

Previous: Practical Course: Conservation and restoration of Painting On Easel
Next: Weekend will be free performances at the Conservatory of MUSIC