(…)
So this painting
Of colors out loud
Colors straight
Naked, hot colors.

Your only light painting,
Clara construction
This build of course
Made from not.
(…)

This paint can,
With their cold blast,
Stir the soul Withers,
Of indifference or acídia.

And launch to do
The soul of fallen hands,
And to ask if, doing
Things that defy. 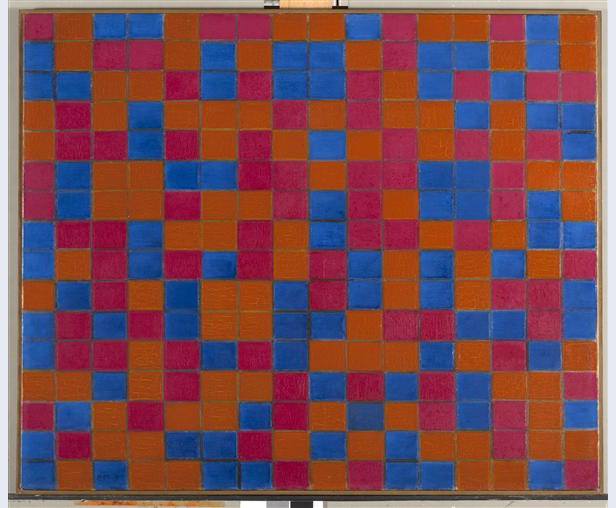 Inaugurating a new style of poetry, João Cabral de Melo Neto (1920-1999) worked with the modern language, succinct and direct. His writings present clear influences from artists of modernism as Georges Braque and Pablo Picasso, of cubism; Joan Miró, the Surrealism; and above all of Piet Mondrian, the Geometric Abstractionism. To the writer, the construction of the poem was like building a House; should reveal the emotions of objective way, and concrete. In their texts, left-if the excessive emotionality and called for the formal.

In the above poetry, the words of the poet describes the painting of Mondrian and the sensations engendered by it. In the work of the artist, as a carpet, the pure colors unfold, extend and are geometrically, about the screen alva, separated by straight lines that will, slowly, delimiting colored territories. The poetry of João Cabral de Melo Neto converses with the painting by Mondrian. In the two, There is linearity, the direct language and formality, as in the construction of a building. 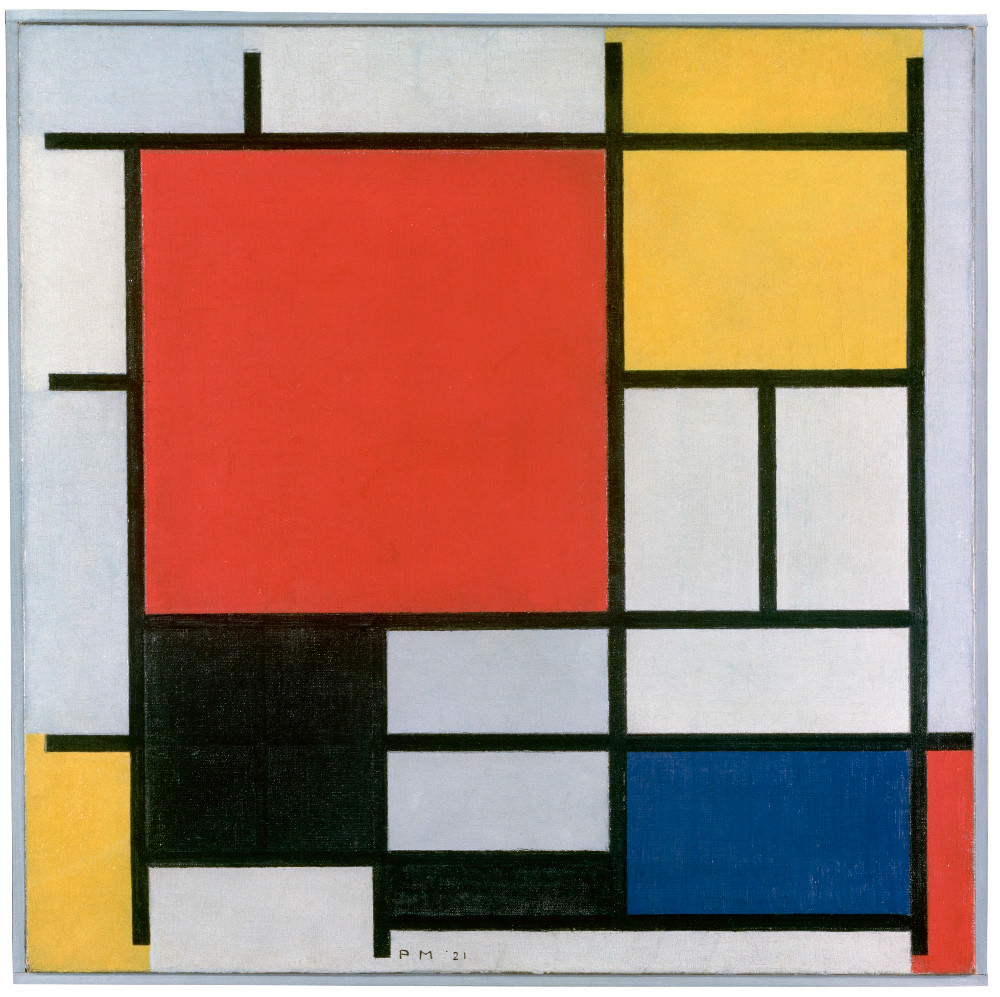 About painter, their colors fit together and overlap, well distributed, the exact dose. Composing a puzzle, his pieces fit just right, in a linear fashion. Nothing turns into colored streaky Panel of black lines and causes the look, with its colorful live, Alegre. His challenge to be direct and arrange the colors and lines, brought to Art History, a differentiated painting, a new model, coined by own Mondrian of Neoplasticism.

In 1917, Mondrian, Theo van Doesburg (1883-1931) and other artists who joined the movement ', published, in the Netherlands, the magazine "De Stijl’’ (The Style) it functioned as a forum for sharing new ideas, in the field of Aesthetics and philosophy. Theo van Doesburg, at the height of the movement, between 1921 and 1925, promoted lectures and performances with the intention to reinforce the trend. These events eventually lead to the Bauhaus movement, What made the movement ', enter into the world of fashion, of Design, the decoration and the Cinema. The own designer Yves Saint-Laurent, In addition to acquire a painting by Mondrian, designed a collection of dresses with prints of the artist. 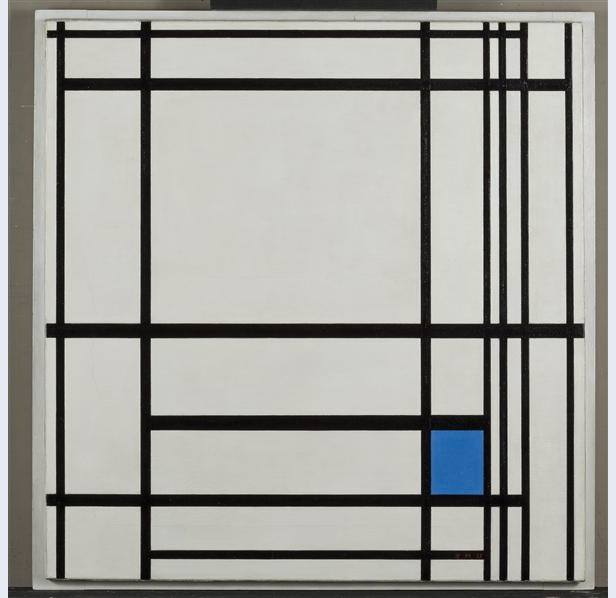 Several works of De Stijl Movement can be seen, until day 4 April, in Centro Cultural do Banco do Brazil, in São Paulo, and after follow to Brasilia, Belo Horizonte and Rio de Janeiro, through the month of January 2017. Taking part in the show, are several paintings by Mondrian, attesting to its evolutionary trait, towards Geometric Abstraction. Can still be seen paintings by other artists, photographs, sculptures, objects, and chairs, to reinforce the idea of straight lines and pure colors of Neoplasticism.

In figures 1, 2 and 3, the raw colors, arranged in a linear fashion, assume an organized form of art, a fair way to fill the white screen and to package the geometric shapes. And still you have to think of some sort of game, proposed by the artist, the way in which everything sits neatly on the screen. Such an interpretation can also be applied to the Design object, presented in Figure 4. The Chair, If seen at different angles, can lead to the materialization of the painting. Its geometries fit, they become plateaus, When viewed from the front, remembering the Mondrian. In the objects, along the same lines if they accommodate, as if they were moving slowly over the surface they occupy. The organized arrangement of colors, of rectangles and squares determine the look for pure aesthetics, for a formal Art. It's like the colors solve join the plans and build a harmonious color set, symmetrical and with the deepest meaning of Art. 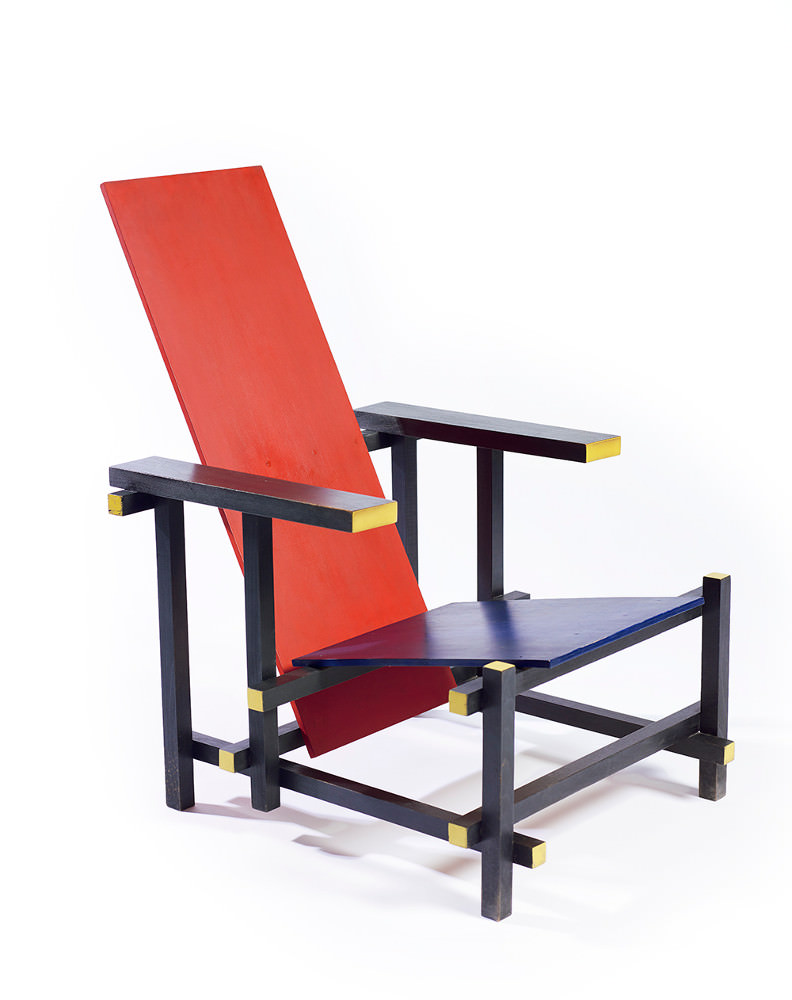 The clear traces of modernism were printed on the rational language of the painter, in his careful disposal of rows; and also on the poetry of João Cabral de Melo Neto, in your need palavrear. Some of Mondrian's art if design in the poet's lines, in careful colours and offset plates, slowly, fill the nothing. Both the immediate, in the form, in color and Word.

Is the mineral paper
Where to write
The verse; the verse
It is possible not to do.

Are minerals
Flowers and plants,
The fruits, the bugs
When in Word.

Is mineral
The skyline,
Our name, these things,
Made of Word.

Is mineral, finally,
Any book:
That is the word mineral
Writing, the cold nature
The written word.

Previous: Exposure TESTIMONIES Of FAITH: GLIMPSES of the sacred in the MNBA
Next: Alexander D ' Angeli opens Sector Performance of the SP-Arte with Waste