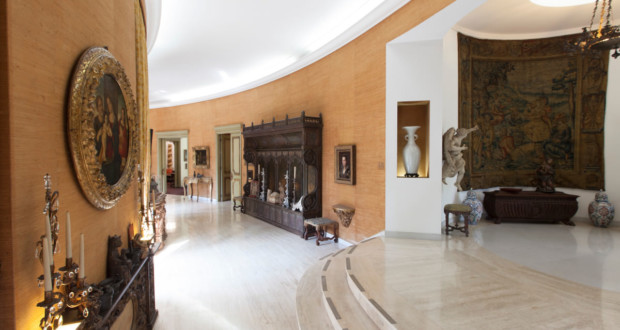 Human portraits have always been featured in art, the paint is, sculpture or photography. The exhibition highlights three portraits of the collector

Until the day 15 of december, from Wednesday to Sunday, from 14h to 18h, the House Museum Ema Klabin promotes the exhibition "Portraits of Ema Klabin ", curated by architect Paulo Costa. At the exhibition, the public can check highlighted, at the entrance of cultural space, works that portray the patrons and collector who left the Museum that bears his name as a legacy and is one of the great sights of São Paulo.

Throughout his life, Ema Klabin (1907 – 1994) ordered only three portraits, all between the late 1940 and early 1950. The works were produced in different artistic expressions, an oil painting by Arthur Kaufmann (1949), a sculpture by Bella Karawaewa Prado (1954) and a series of photographs of Gregori Warchavchik (1940).

According to the curator Paulo Costa, the three portraits of Ema Klabin were produced in a period marked by important changes in her personal life and transformations in the economic and cultural scenario of São Paulo, that aroused for a moment of progress and stability brought about by the end of the Second World War.

"After the death of his father Hessel, in 1946, Ema Klabin has ceased to be the middle sister who took care of his father and, at forty years old, He became an independent woman, personality and attitude. It is precisely at this moment that Emma begins to formulate a new public persona for himself, that continue until the end of life: the entrepreneur and patron, collector and tireless traveler, free and lofty spirit ", explains Paul Costa. 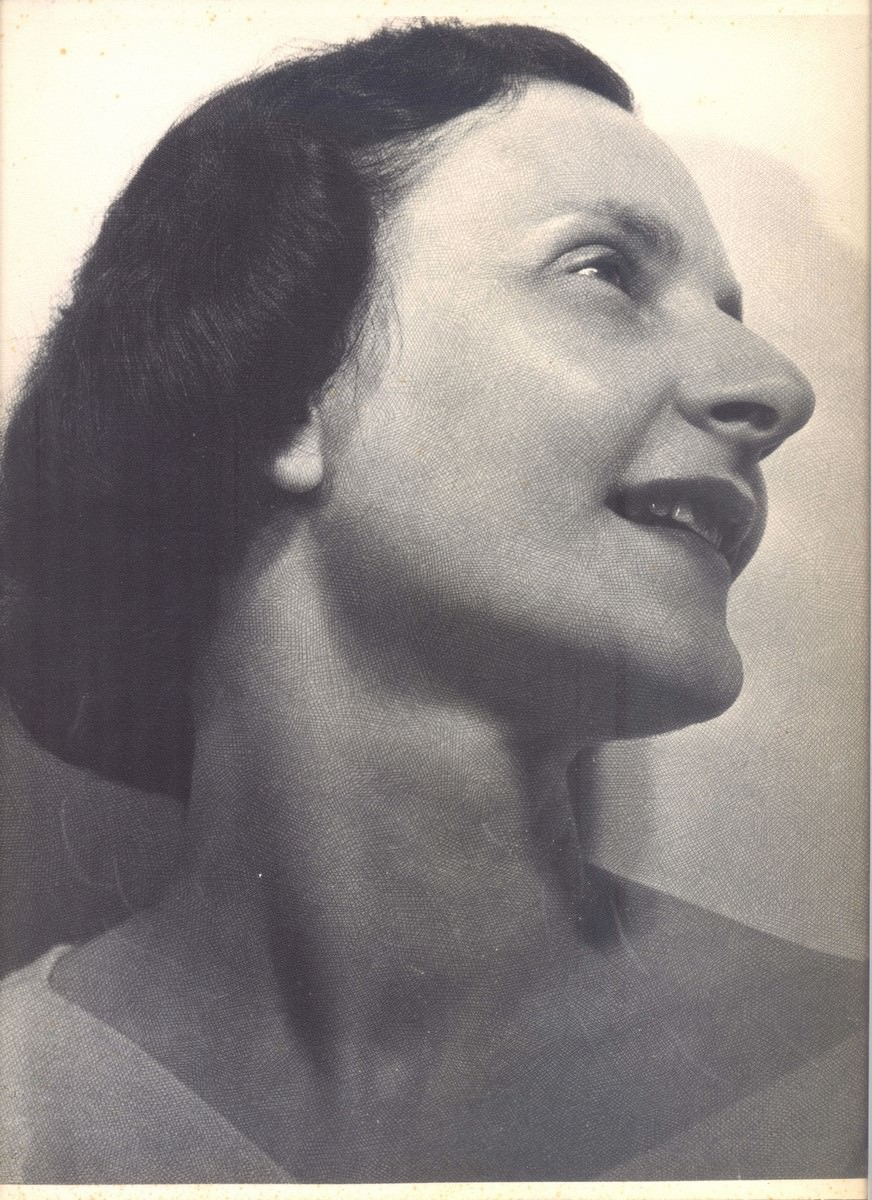 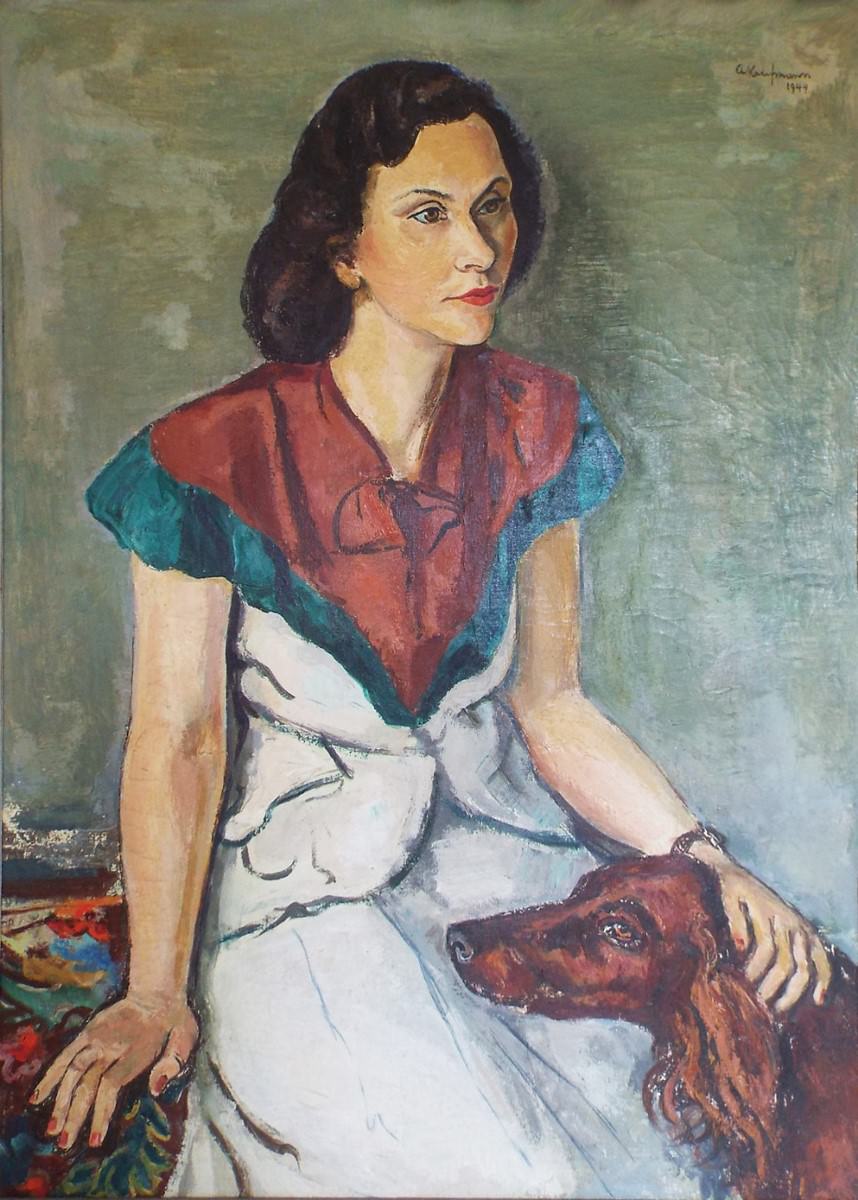 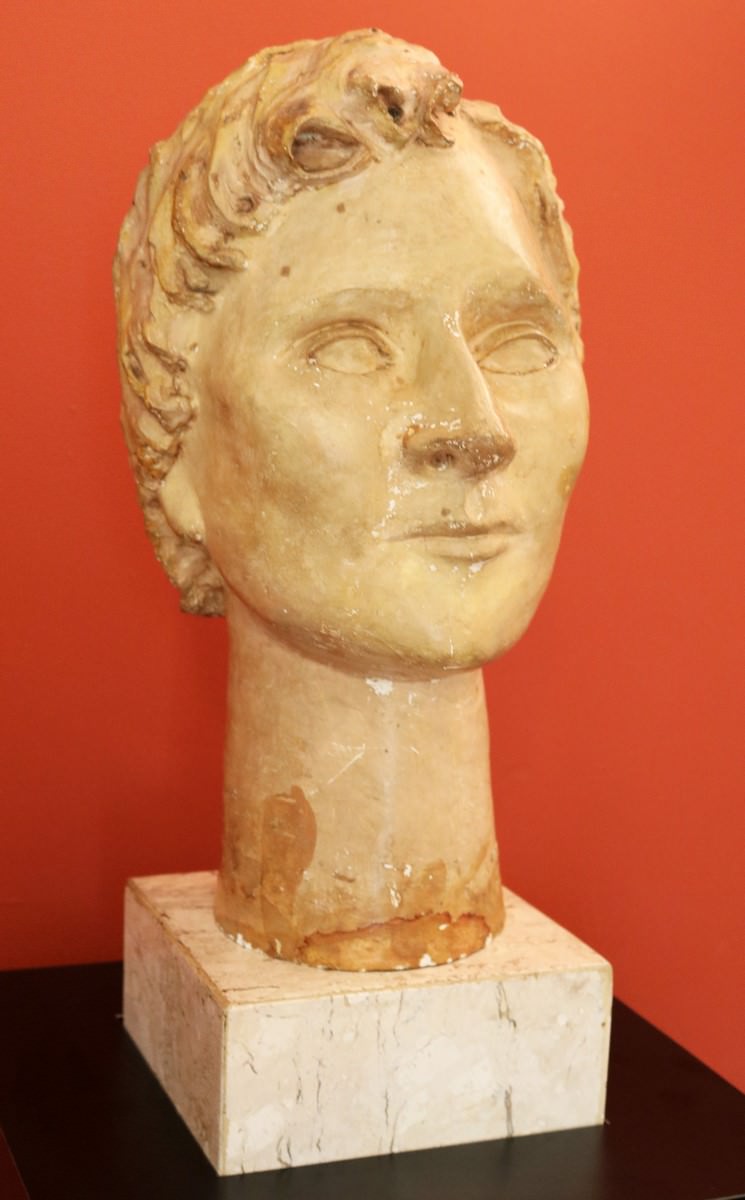 In common in the Ema Klabin portraits, Paulo Costa points out the simple way in which the collector presents herself, with clothes and hairstyle simple and without any jewelry or adornment, bringing attention to his facial expression and his gaze, thoughtful and far.

The curator also stresses that other denominator between artists and the collector - which was possibly decisive in their choice - is the fact that all are part of the migratory movements that marked the beginning of the twentieth century. Emma was the daughter of Lithuanian immigrants (educated in Switzerland and Germany), Kaufmann a German Jew, expelled by the Nazis, which is established in the United States. Both Warchavchick as Bella were from Odessa (Ukraine), she came to Brazil as a child and studied with masters of our modernism, and he graduated in Architecture in Rome.

The portraits of the implementation period is also significant for the joint effort undertaken by paulistanos traditional families and immigrants to the creation of cultural institutions that would shape the cultural identity of São Paulo. Among them: the creation of MASP (1947), for MAM (1948), the realization of the 1st Biennial (1951), culminating in the great exhibitions of the IV Centenary city (1954), who inaugurated the Ibirapuera Park.

About Ema Klabin – A woman ahead of her time:

Ema Klabin (1907 – 1994) was educated in Europe, often visiting Brazil. Under the supervision of tutors, He became an admirer of fine arts, opera and music. He showed an early appreciation for collecting.

In 1946, Hessel Klabin died, bequeathing to Ema daughters and Eva Klabin all his possessions and naming Ema as his successor in the company's board. No plans to start a family, Emma began to devote himself to business activity and to philanthropic and cultural activities of São Paulo. He also dedicated himself to expand his art collection, mainly to acquisitions made in their frequent trips.

In 1948, Ema commissioned architectural studies for the construction of a new residence on the ground that the father had inherited in Jardim Europa, where the Ema Klabin House-Museum works today.

Emma had an active participation in the cultural life of the city. He was a member of the Biennial Foundation of São Paulo advice, MASP, of the Museum of Modern Art of São Paulo. Collaborated in the creation of the Lasar Segall Museum and the Magda Tagliaferro Foundation, was a member of the Sociedade Cultura Artística and the São Paulo Philharmonic Orchestra, among others. His house became an active meeting place for important personalities from the world of politics, business and the arts. And after his death, in a House-Museum open to visitors. 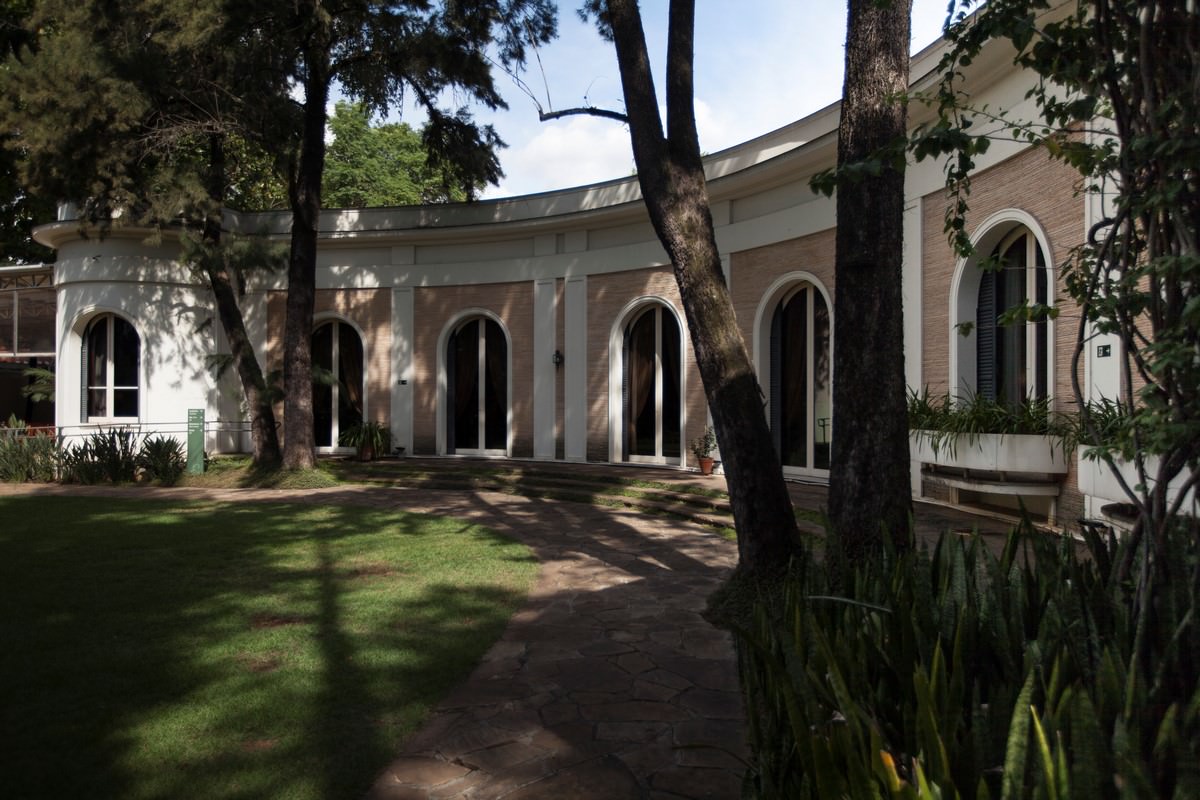 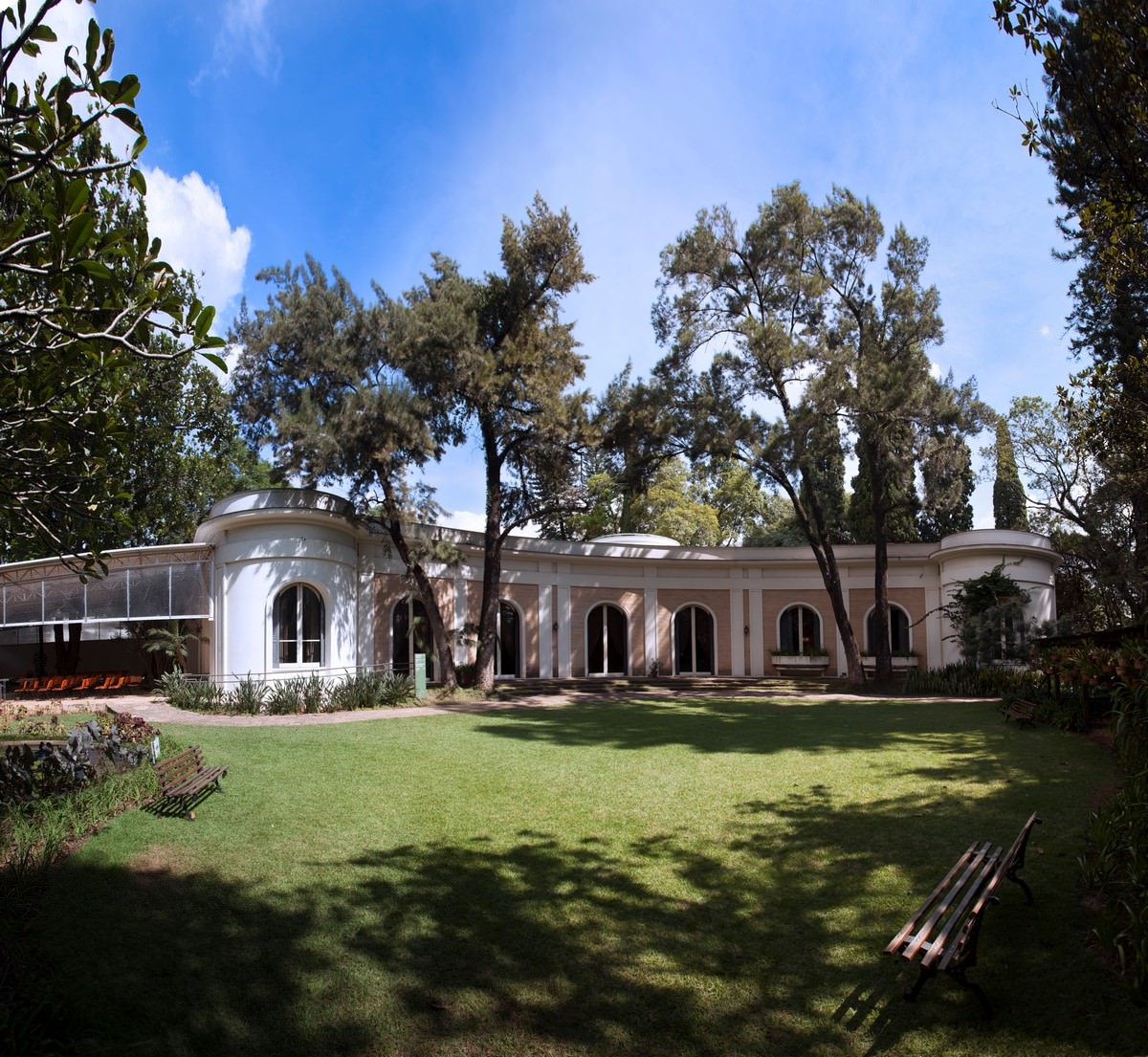 Engineer Architect design Alfredo Ernesto Becker, the House Museum Ema Klabin was inspired by the Palace of Sanssouci, in Potsdam, near Berlin, frequented by Ema in his youth. The mansion took over ten years to build, from preliminary studies (1950) Ema to move permanently (1961).

The collection was acquired by Ema Klabin in worldwide galleries and antique shops. One of the first purchases, in 1948, It was held at the suggestion of Pietro Maria Bardi, which then initiated the formation of the MASP collection.

The Garden House, in sinuous shape and with a stunning koi pond, It was designed by one of the most important landscape architects of the century 20, Roberto Burle Marx.

In addition to the permanent collection that can be visited from Wednesday to Sunday, from 14h to 18h, the House Museum also promotes various cultural activities such as: shows, concertos, exhibitions, lectures, courses, art offices, chat with artists, among others.

Previous: In November, the program of the Educational CCBB - Art & Education celebrates the "National Literacy Day"
Next: “What young people want is quality of life” by Maria Carolina Rossi 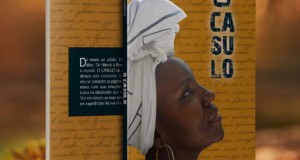