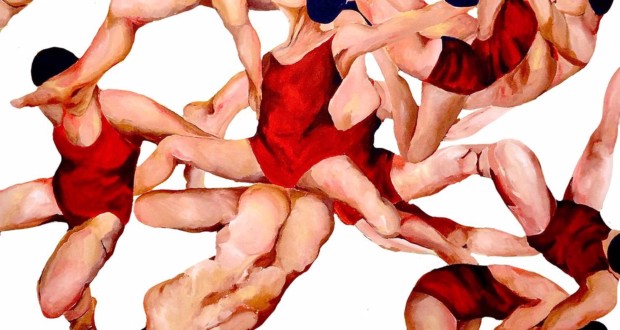 Artworks react to the presence of people, reflect feelings and interact through movements on visual stimuli and facial

Museu de Arte Sacra de São Paulo – BUT/SP, institution of the Department of Culture and Economy of the State of São Paulo Creative, a follow up to the anniversary celebrations of her Golden Jubilee to be completed in June 2020, displays a one-man show "the entire machine"The artist carioca Katia Wille, under the curatorship of Bianca Boeckel. set in Room MAS / Metro Tiradentes, the artist fills the exhibition niches with paintings on canvas and small sculptures that are in constant dialogue with the cognitive premises in eco latex.

At the exhibition, the artist invites the viewer to create a mirror of yourself, with reflection in the works, joining AI (Artificial intelligence, in english) and Art. "I want to expose the maximum vulnerability of human relationships; and question: as it would stretch beyond our breaking point? the entire machine, It is the eternal quest for the impossible, reach the other and establish resonance relationships ", artist specified.

In expográfico project developed exclusively for Sao Paulo show, which has already been mounted in Brasilia and in Rio de Janeiro, It is using robotics and AI for environment analysis and feelings, connecting the public with the works and providing a unique experience to each spectator, by means of technology. Each of the works brings a different experience, Opening, and, the debate about the growing intersection between art and technology. "And if the work of art could see the spectator even before he saw her? The idea is to establish a symbiosis between works of art and the public ", explains Katia Wille. 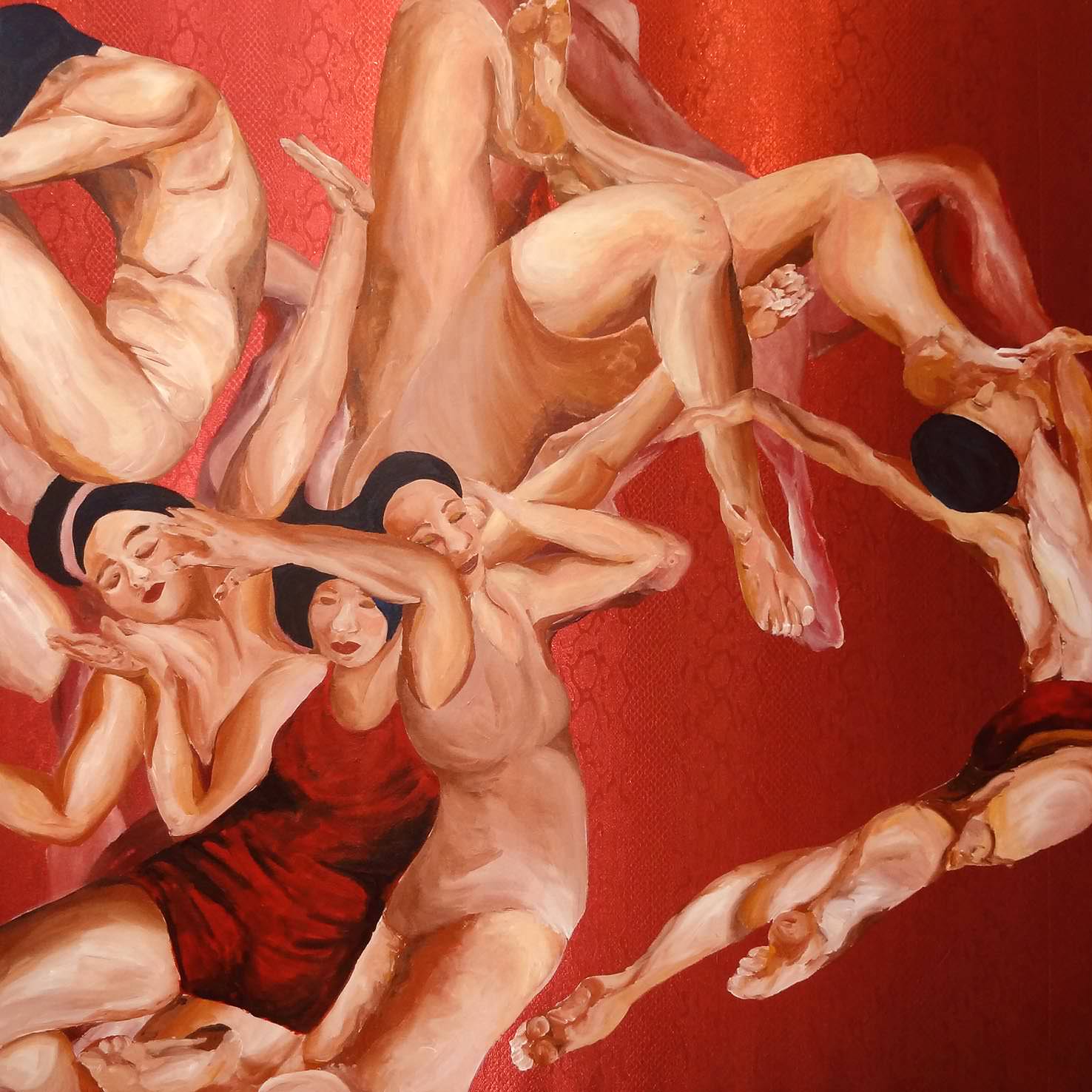 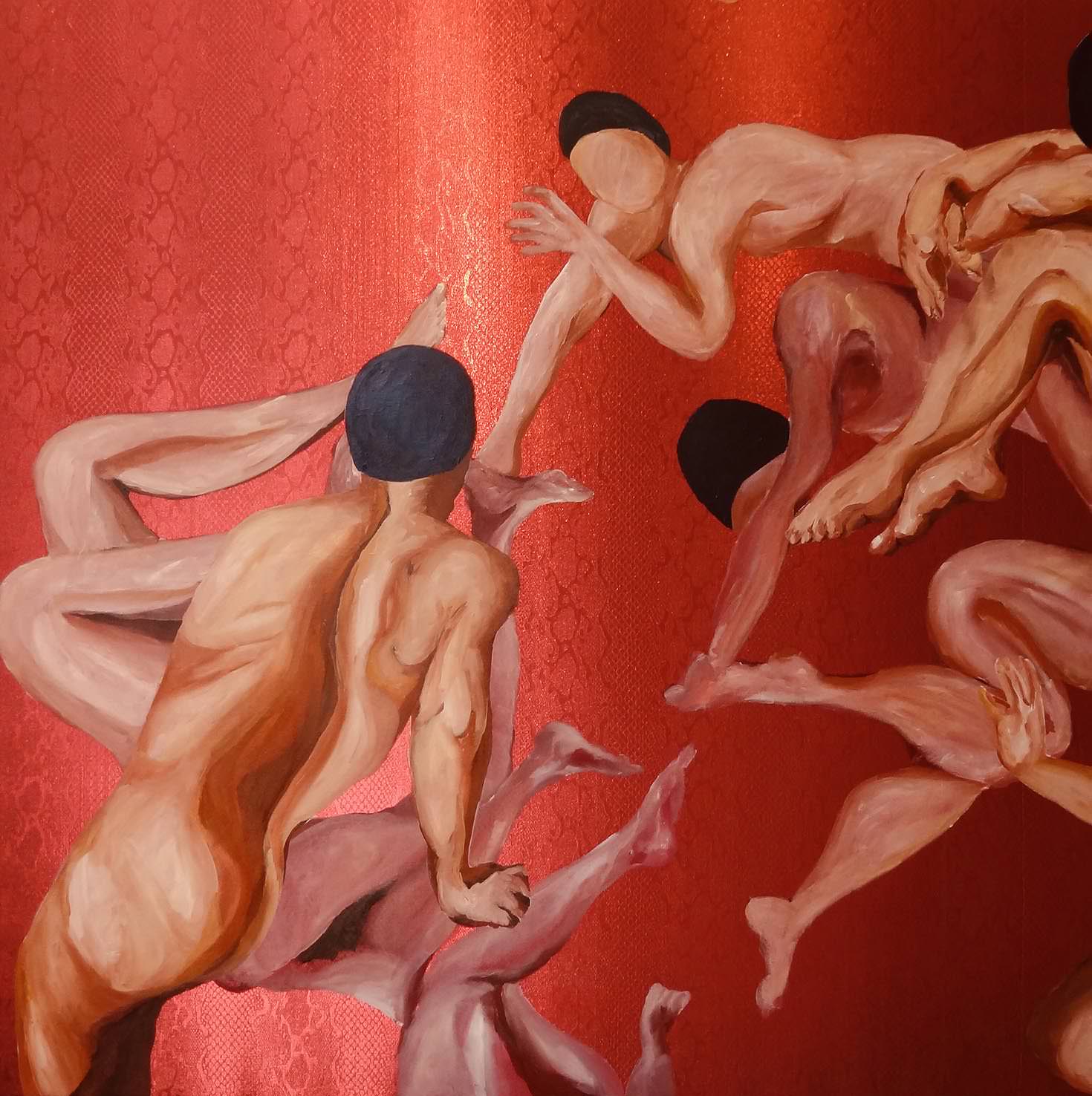 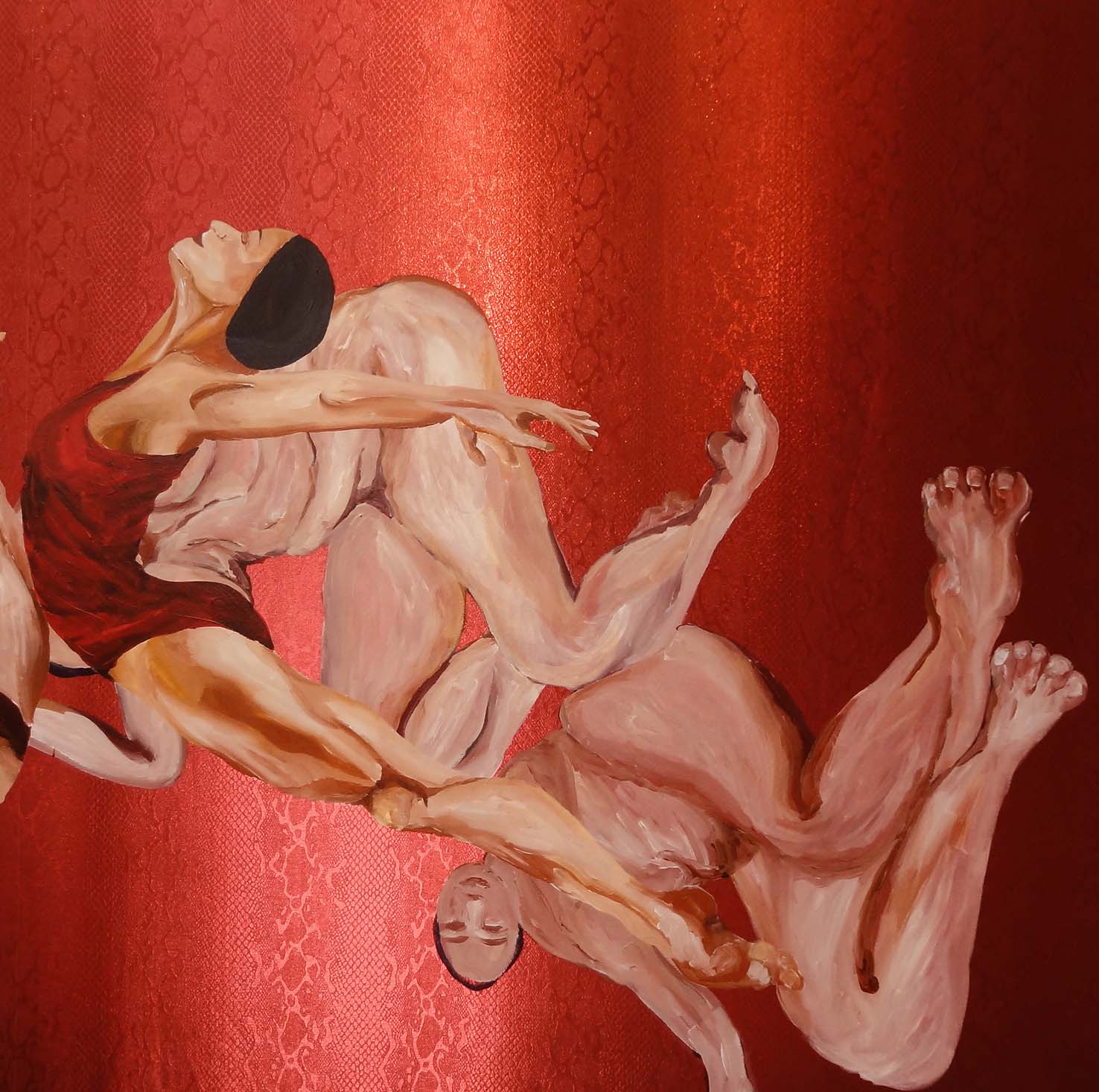 To realize his concept, the artist creates a possibility to establish a symbiosis between works of art and the public. For both, develops unique partnership with the software company a concept of cognitive machines integrated into the environment, first used in São Paulo. Using the ability of artificial intelligence in the cloud, works react to the presence of people, reflect feelings and interact through movements on visual stimuli, facial and sound.

Upon entering the space, the visitor is faced with a mixture of materials arranged so as to occupy the entire space fluidly. Katia Wille occupies the windows in screens with paints made small sculptures and metallic woven fabric molded, dialoguing with all installations made in cognitive echo latex – material developed by the artist herself from the recycled liquid latex mixture with fabrics and other materials moving through the viewer's emotion. The works are both suspended by the ceiling as corrugated walls, developed from this porous material, either in the form of bubbles, either stretched or curled, highlighting textures and gloss copper-plated surface. The paintings and sculptures are in constant dialogue. 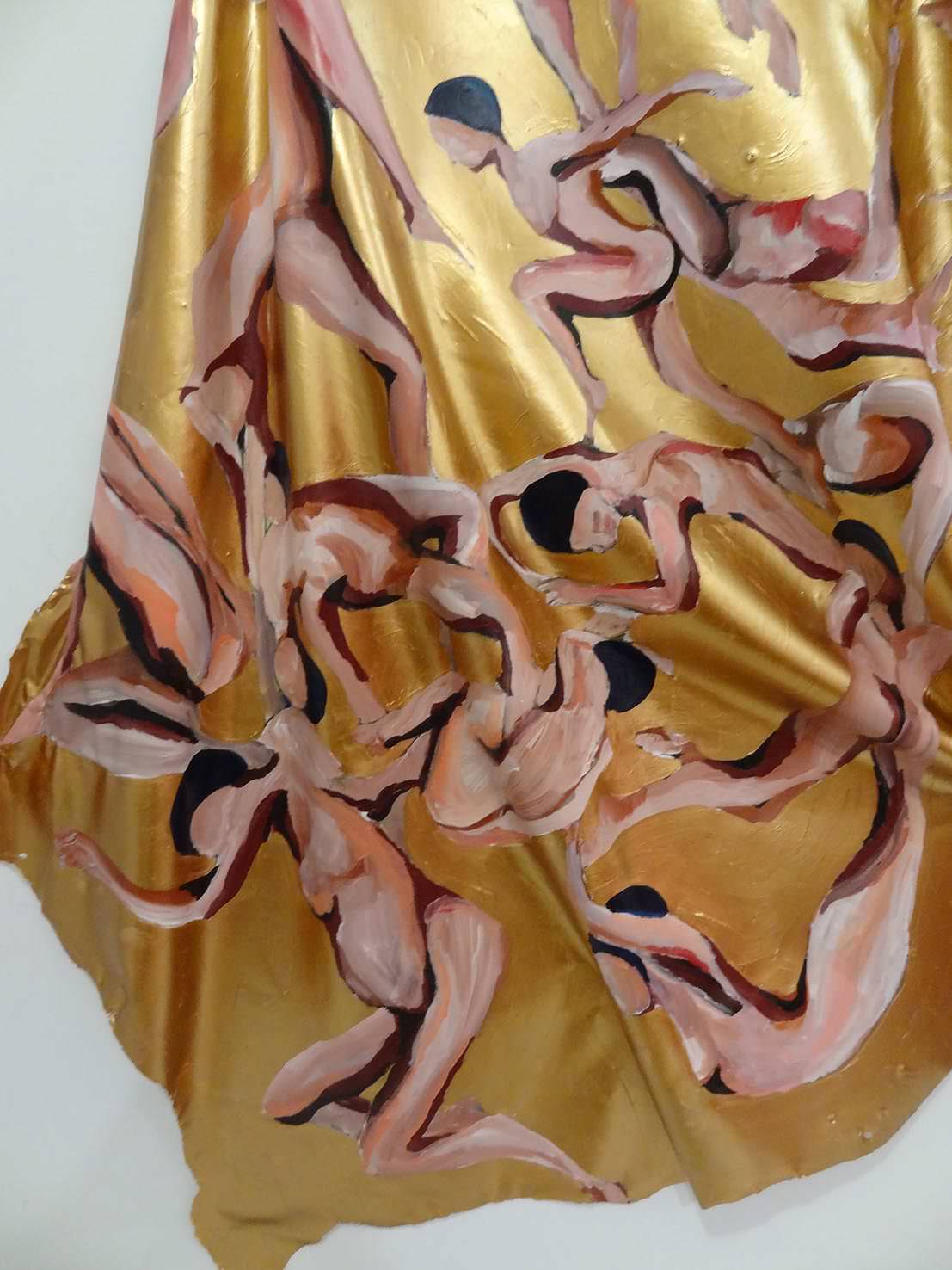 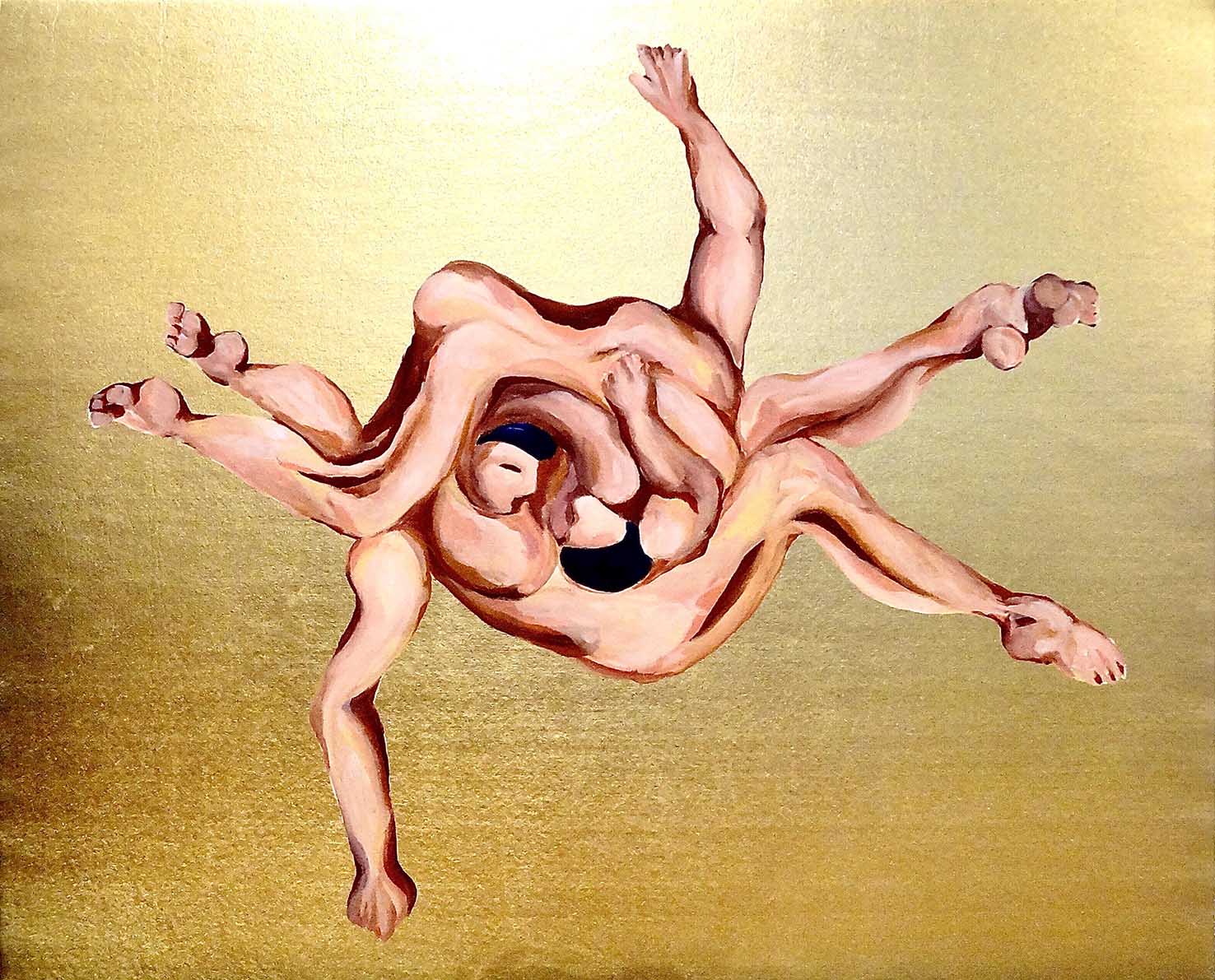 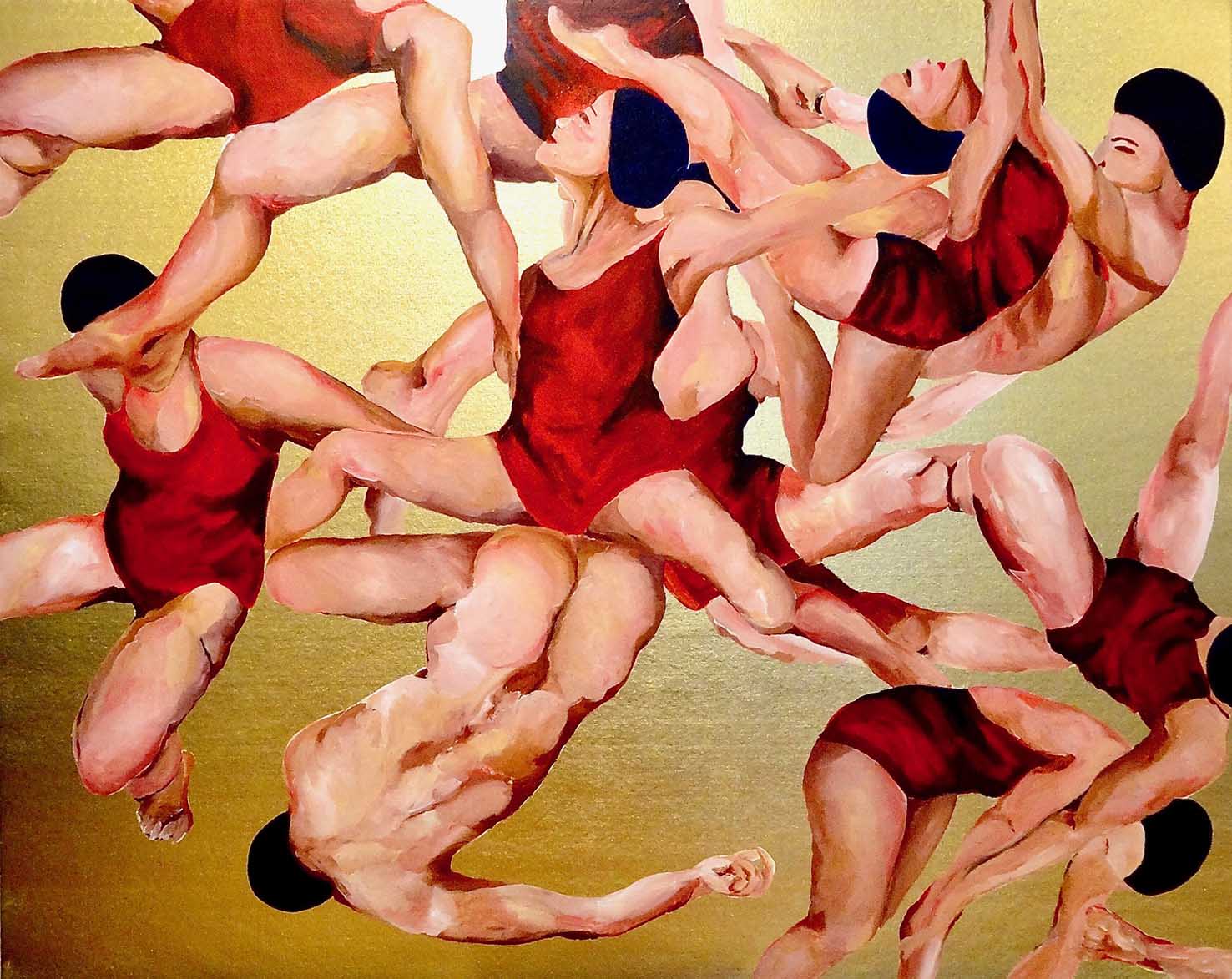 In “the entire machine” - meaning "Machine Woman" -, the parts feed each, that is, one sees the painting and that creates an emotion that promotes the movement of the sculptures, which in turn generate other emotion, once the visitor is invited to be a spectator and then becomes the protagonist of the movement and, and, the works themselves. 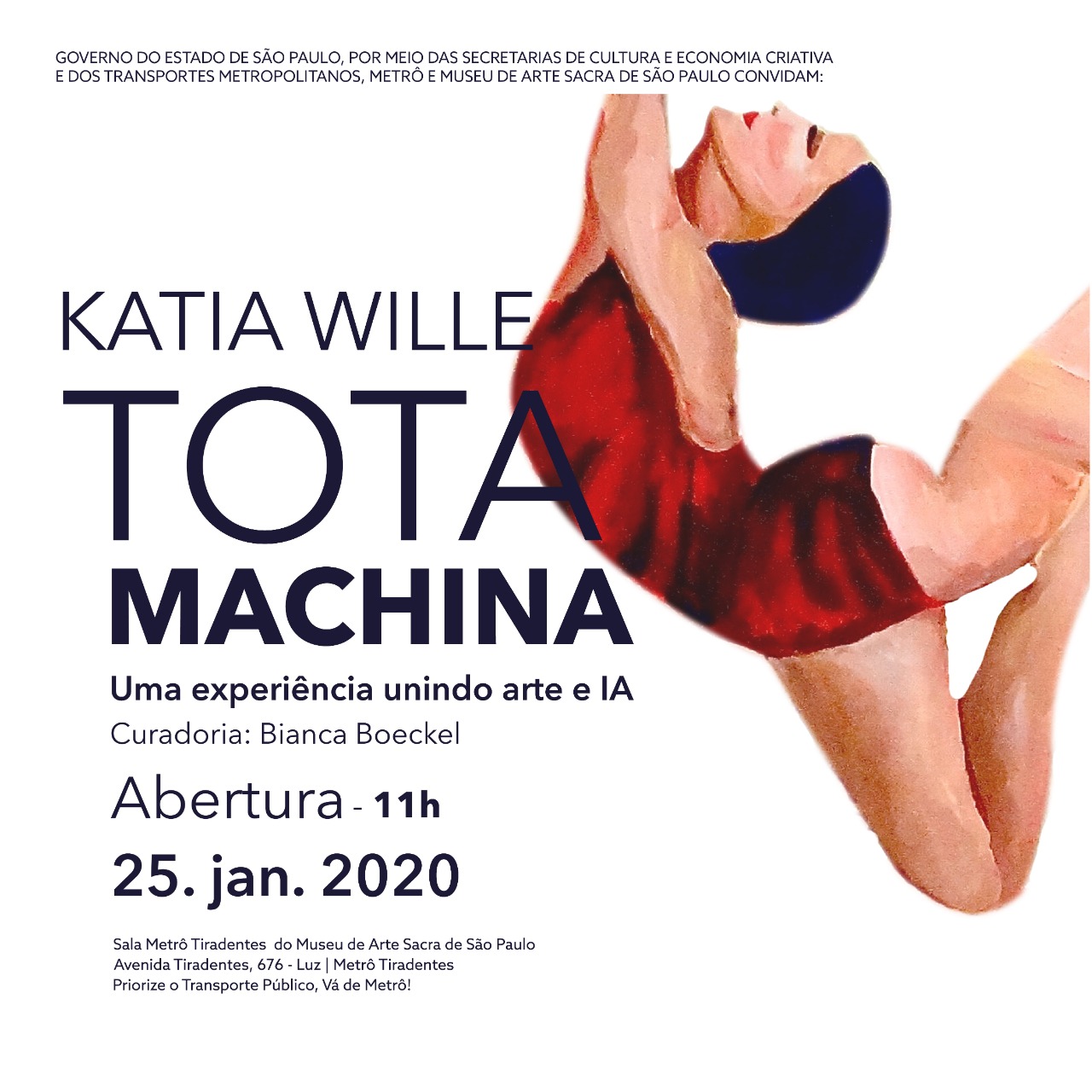 Born in Rio de Janeiro, Katia Wille graduated in arts and fashion design from the University of Amsterdam, in the Netherlands, and spent the last 10 years living and working between Europe, Asia and Brazil. The female matter, the body in search of its essence and transformations, always populated the works of the artist, We want to establish a dialogue between the viewer and the work, highlighting the fragility of human relationships and the relentless pursuit of the other's gaze. Starting concerns and issues raised throughout his career, the artist seeks to understand the movement of the internal over the external, complex dynamics of human relationship to the world. moving bodies, intertwined, curved or too stretched are constant in their work and establish a relationship with the delicate question of the search for balance. mixed bodies lose their identity to form a homogeneous mass, similar to gut and internal parts of the human. The materials chosen by Katia seek to express concepts such as transformation, elasticity, porosity and by fragmenting installation and painting of elastic material and metal fabric. In 2018, the artist began research on cognitive sculptures and installations with technological support, Thus, she begins to create works that move according to the emotions of spectators. this allows, through the material used, the viewer to reflect on the job, and feel with the creator of the work of art. Body, brain and skin, the three layers or pillars of the artist's work, that seeks to go beyond the concepts established in the delicate relationship that art enables.

Owner and director of the gallery that bears his name, specializes in receivership, Art Advisory and Art Collection at Sotheby's in New York and attended art history courses at NYU, the Brazilian Sculpture Museum – MUBE and Casa do Saber, in São Paulo. Along 6 years, He served as curator in 24 from 29 exhibitions promoted to her gallery; and in partnership with other trustees as Ricardo Resende, Fausto Chermont, Thomas and Heloisa Baccaro Vivanco in other exhibitions held. From 2018, will offer art history courses taught by the collector and lecturer Fabio Faisal – starting their educational project aimed to spread the culture and art in various aspects. Sort guided tours of private collections, museum exhibitions and debates on contemporary art. He was responsible for curating, expography and execution of the project conceived by 10 independent artists and members of artistic groups and collective monitoring and Hermes GO – SP. In 2019 He was invited by the Museum of Sacred Art of São Paulo for the Adagio exhibition curator, in the Metro Room Tiradentes.

Previous: Works of Frei Jesuíno on display at MAS / SP
Next: “Meet the comic Alejandro Gomez:”, by Juliana Vannucchi