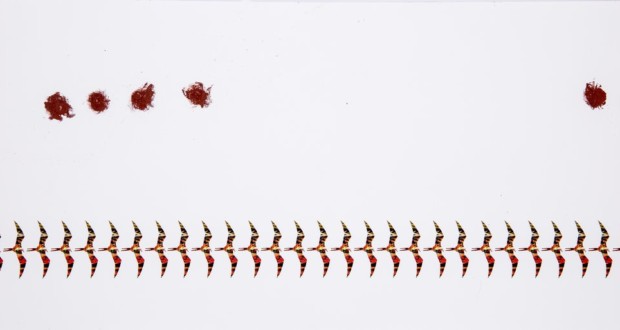 After the exhibitions Flight of the stone (2019) and Flight plan (2020), Antônio Augusto Good and Bebeto Alves present the project Flight line. As in previous copyright works, the two contemporary visual artists move between different languages ​​of the visual arts to present a hybrid proposal. The graphic works have as icon the figure of a bird that suggests a visual narrative that brings together and mixes photography and drawing in the same support.

Curated by José Francisco Alves, the first public exhibition takes place in 19 of June (Saturday), with the opening of the virtual exhibition for all of Brazil on the website of the Sesc (www.sesc-rs.com.br/galeriavirtual) and face-to-face exhibition at Sesc of Uruguaiana (hometown of Bebeto Alves). Pellets must receive Flight line no Agape Art Space, in August; and Porto Alegre (city ​​of Antônio Augusto Good), at Force and Light Foundation, in October.

The project has funding Pro-Culture RS Culture Support Fund - FAC, of the Government of the State of Rio Grande do Sul, executive produced by Stephanou Cultural. More information on the site linhadevoo.wixsite.com/linhadevoo, where you can download the artists' book for free and check out all the information about the project. 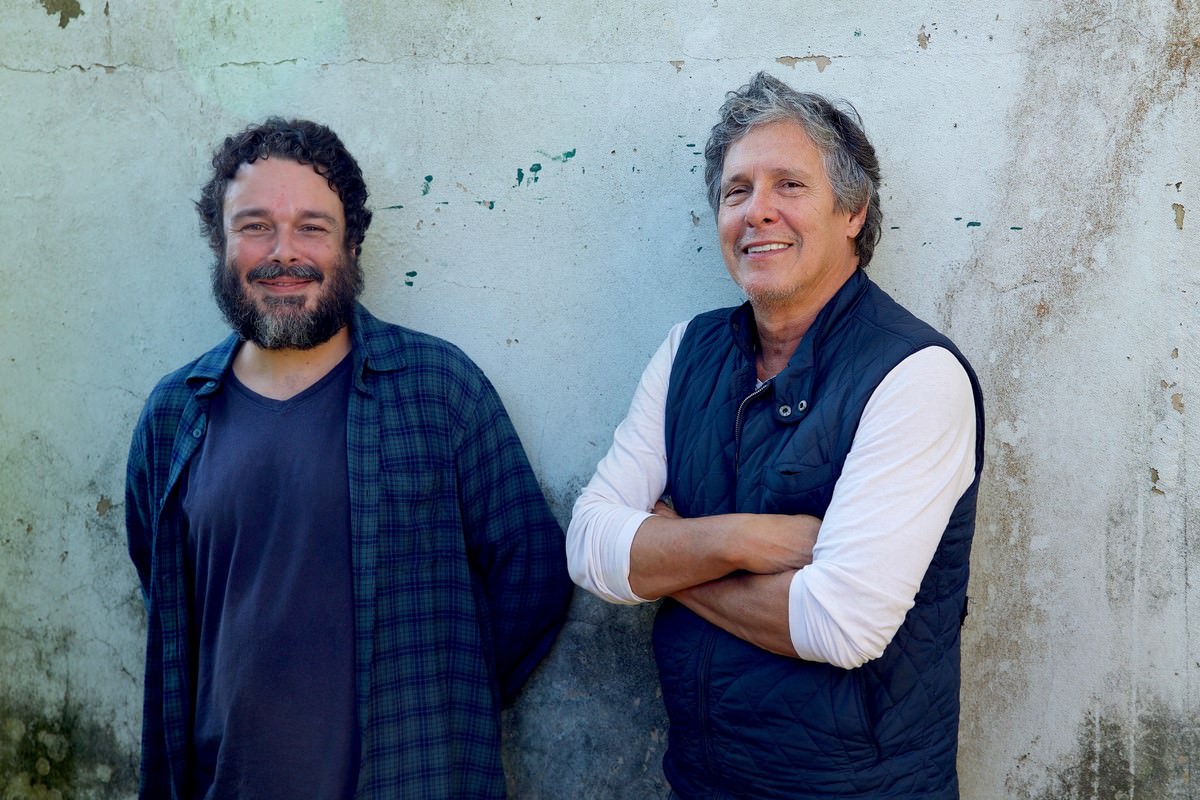 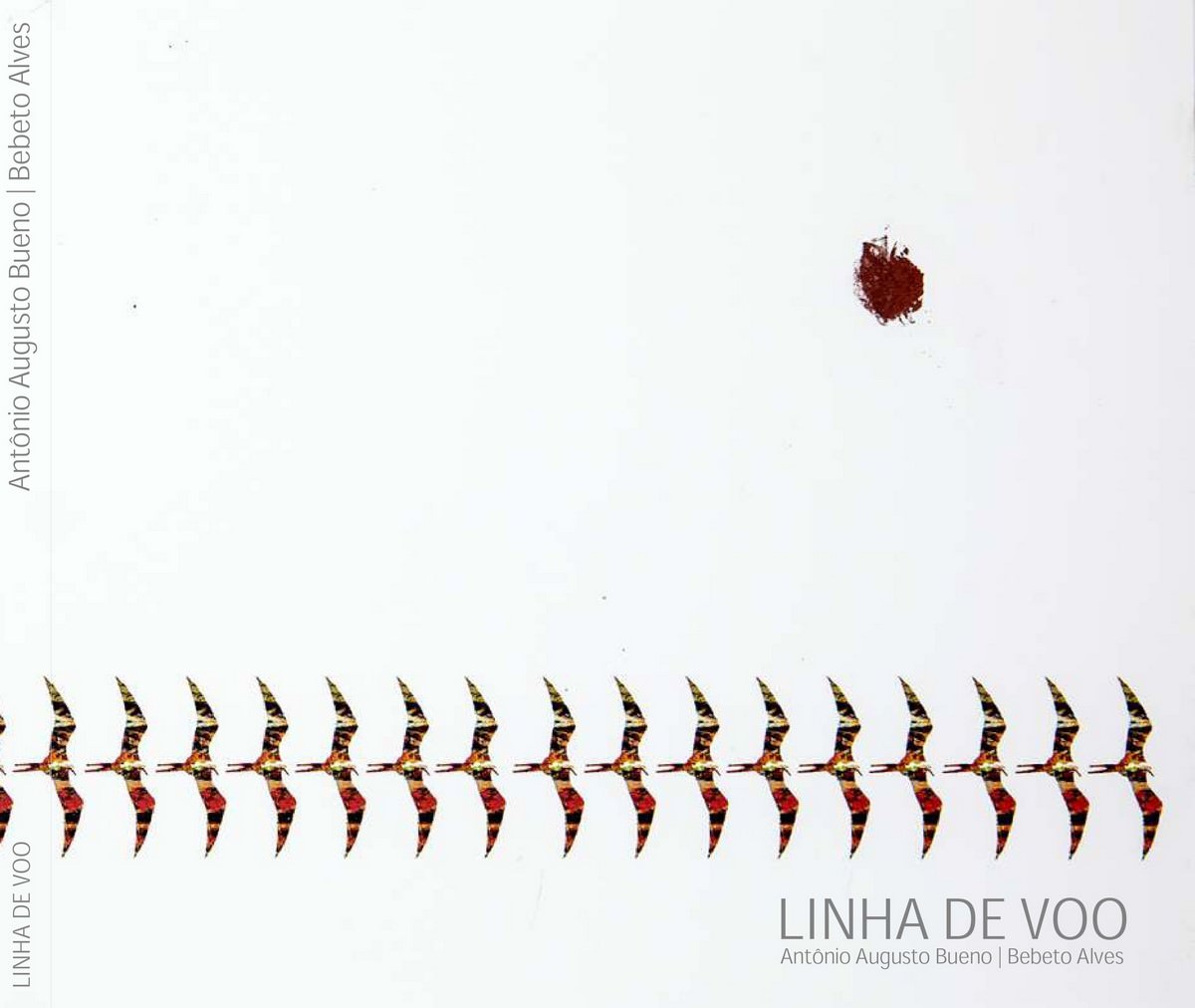 The curator of the exhibition, José Francisco Alves, is a professor at Atelier Livre Xico Stockinger, Doctor and Master in Art History and member of AICA and ICOM. No texto curatorial, he plays: “For artists, this bird can be summed up in a form of symbology of time. Antônio's graphics in the middle of the bird captured by Bebeto is, in truth, a writing about the weather, and the over space in existence that we occupy when going through this time. the time we lived before, now and then".

Uruguaiana/RS
Period: 19 from June to 31 July | Free entry
Visitation: from Monday to Friday, from 8:00 to 8:00 pm, and Saturdays, from 8am to 12pm
Address: Uruguayan Sesc | Rua Flores da Cunha, 1.984 – Center – Uruguaiana/RS
Curated By: José Francisco Alves
*Anyone visiting the in-person exhibition can retrieve the book for free Flight line

Bachelor of Design (2004) and Sculpture (2008) by the Arts Institute of UFRGS. Since 1996, has been showing its work in different locations in Brazil and abroad. Among the individual ones stand out: Before it was just the gap – Mammoth Gallery; another autumn – MARGS; bird music – MAC-RS, Heads – Traps for a Meaning – Museum of Labor; Armed sticks in process at the Pinacoteca – Pinacoteca Ruben Berta; Ten years in Jabutipê – Jabutipê. Between press conferences, stand out Substrates – Zorrilla Museum (Montevideo / Uruguay); Queermuseu – cartographies of difference in Brazilian art – Santander Cultural (POA/RS) and Parque Lage (Rio de Janeiro); Loans Footprints – Salon du Vieux Colombier (Paris/France); ArtLive 2011 – CATM Deal (New York/USA); Aã – Vera Chaves Barcellos Foundation (Viamão/RS). Has works in collections of institutions such as Fundação Vera Chaves Barcelllos, MARGS, MAC-RS, UFRGS, Pinacoteca Ado Locatelli, Pinacoteca Barão do Santo Angelo, Franklin Cascaes Foundation and in private collections such as Mônica and George Kornies. Since 2008, works, teaches classes and is the curator of the Jabutipê exhibition space. He is an artist represented by Mammoth Gallery.

Musician, composer, photographer and visual artist. With more than 30 released discs, with songs recorded by Ana Carolina, Belchior, Ednardo, Kleiton and Kledir and Tânia Alves, among others, Bebeto Alves has been dedicated and worked extensively as a visual artist in recent years. Linked to photography and digital art, has been developing these languages ​​with ease and creativity. Since 2009, regularly participates in relevant exhibitions in the visual arts scene in southern Brazil and has developed and proposed new ways of working with photography. He was director of CEMUS, FUNARTE Music Center (Rio de Janeiro); Music coordinator of the Culture Department of the city of São Leopoldo; Secretary of Culture and Tourism of the Municipality of Uruguaiana/RS; Director of the State Institute of Music (IEM) of the State Secretariat for Culture (Rio Grande do Sul); and president of the Porto Alegre Mixed Musicians Cooperative. He has his works in the MARGS and MAC-RS collections and in private collections.

Previous: Toriba promotes the festival “Winter Music from the Magic Mountain” – from 19 from June to 21 on Sep
Next: Samuel Freitas signs a contract to publish his first book with Grupo Editorial Coerência