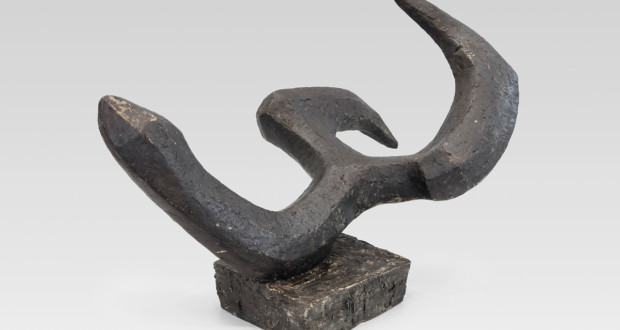 Galeria Marcelo Guarnieri presents at its headquarters in São Paulo the second solo exhibition of Bulgarian artist Brazilian rooted Liuba. The room will be occupied by a concrete block platform that will form the basis for the sculptures, positioned at different height levels, following an exhibition project conceived by artist. In addition to the sculptures, are presented drawings and wall reliefs, all produced between the decades of 1960 and 1980.

LIUBA (1923, Sofia – Bulgaria, 2005, São Paulo – SP), He arrived in Brazil in 1949 We have to establish a studio in Sao Paulo, where his parents lived since last year. During a decade of 1950, the artist moved through several countries in Europe, the Americas and North African, such as Egypt, Algeria, Tunisia and Mexico. The possibility of knowing so many different cultures and have workshops both in Brazil and in France, Liuba allowed to be in contact with a number of discussions that directly affect their work. He graduated from the Ecole de Beaux Arts in Geneva and worked for five years with the renowned sculptor of the School of Paris Germaine Richier. From 1954 the work of Liuba starts moving toward a “biomorphic formalism”, according to the art critic American Sam Hunter. Such contortions would point to a trend of the middle of the twentieth century towards abstraction, while their animalistic ways one would claim Jungian heritage, thought so important within the artistic circles frequented by her. “Composed Ave”, “Plant Form”, “The Wing” and “In Flight” are some of the titles of his creatures, that in totemic arrangements, refer to animals in the form, vegetables and even human. “For me they are animals. But I can not explain where they come from - it must be my subconscious.”, speculated Liuba.

In 1965, within the celebrations of the fourth centenary of Rio de Janeiro, Liuba presented a set of sculptures in the outdoor area of ​​the Museum of Modern Art, Rio de Janeiro, in what would be his first solo show in a museum. Liuba The sculptures were placed on outdoor concrete blocks and dialogued with the landscape project of Burle-Marx and the architectural and urban design Affonso Eduardo Reidy. “I have been particularly interested in the link between sculpture and architecture”, He said Liuba that year. 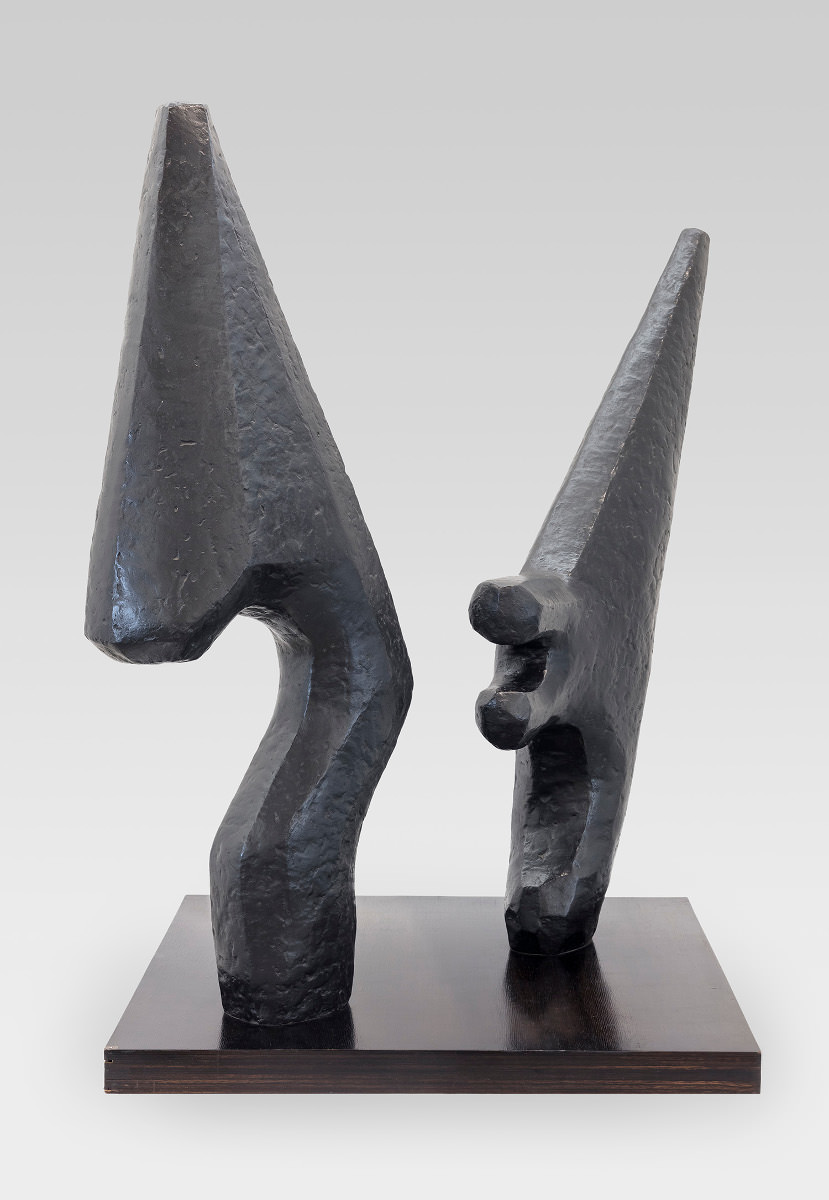 From 1958 until the year of his death, Liuba worked in his studios in São Paulo and Paris, alternately living different realities in a world still little connected at distances. His work “on the edge of abstraction”, Sam as defined by Hunter, perhaps a little as his life, creating and “exchanging” the roots of many wool and CAS.

In the room 2 Gallery Marcelo Guarnieri, Claudia Jaguaribe presents an installation consisting of photographs taken by it in Liuba ateliers in Paris and São Paulo. The images are composed of cutouts, collages and silk screen interference, proposing a dialogue between the operations that Liuba developed in three dimensional space and developed by Jaguaribe in two-dimensional. In your work, Claudia Jaguaribe also questions the nature photography, expanding their modes of existence, whether in videos, objects, facilities, books or even on the internet.

Claudia Jaguaribe (Rio de janeiro, 1955) He was born in the same decade that Lyuba arrived in Brazil, but only “found” with the artist in one of his stays in Paris. Jaguaribe, which was already investigating the relationship between nature and culture through photography, I had many reasons to be enchanted by this garden inhabited by bronze creatures. Besides the obvious correspondence was established between the sculptures and vegetation around, involvement had Liuba with the modernist project and its motivation by the public dimension of art since it would yield some research. Liuba's sculptures not only museums occupy rooms, technical reserves or private gardens, they can also be found in public gardens, as the Jardim da Luz in Sao Paulo or Tino-Rossi garden in Paris, No. Museum outdoor sculpture. 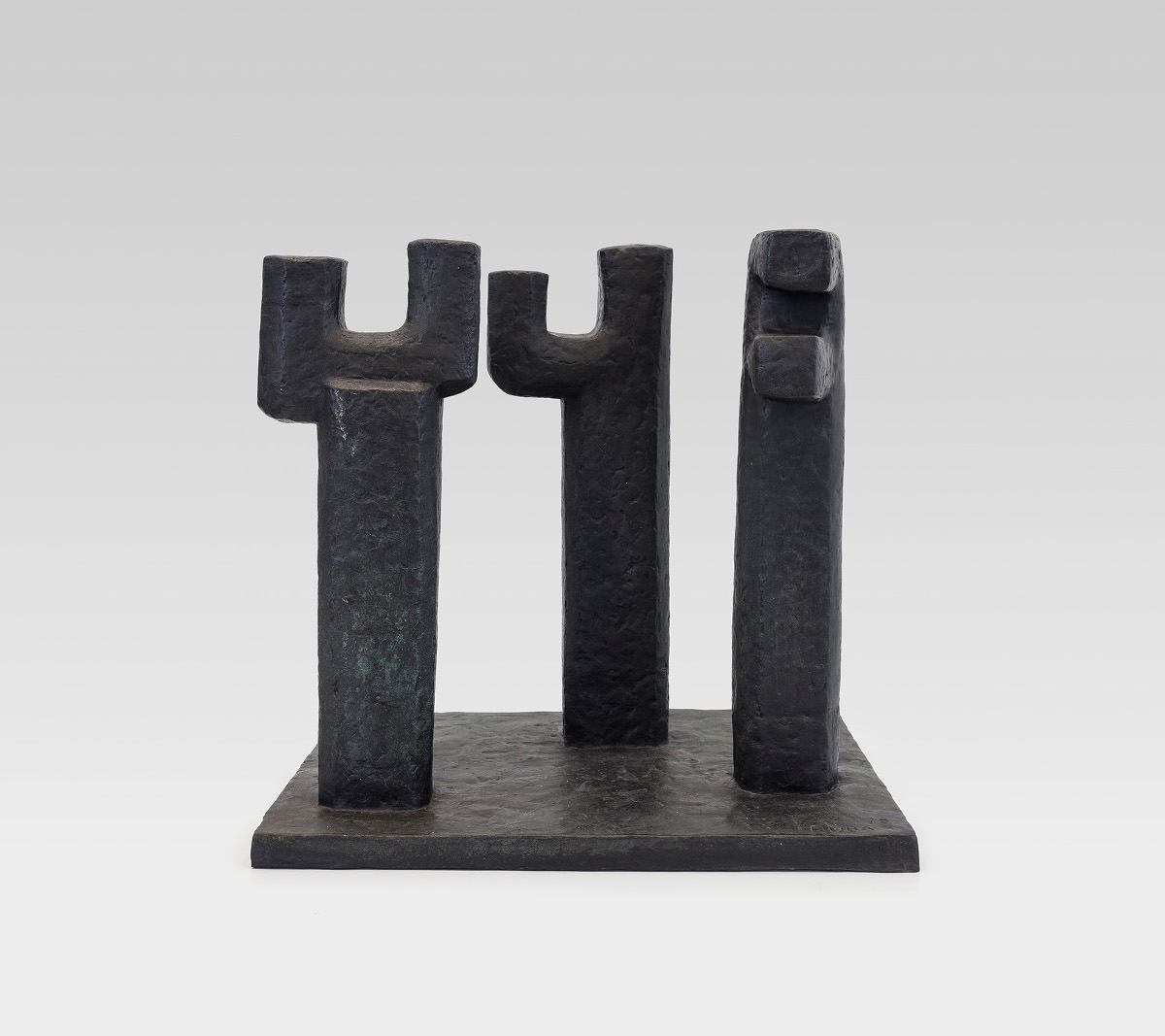 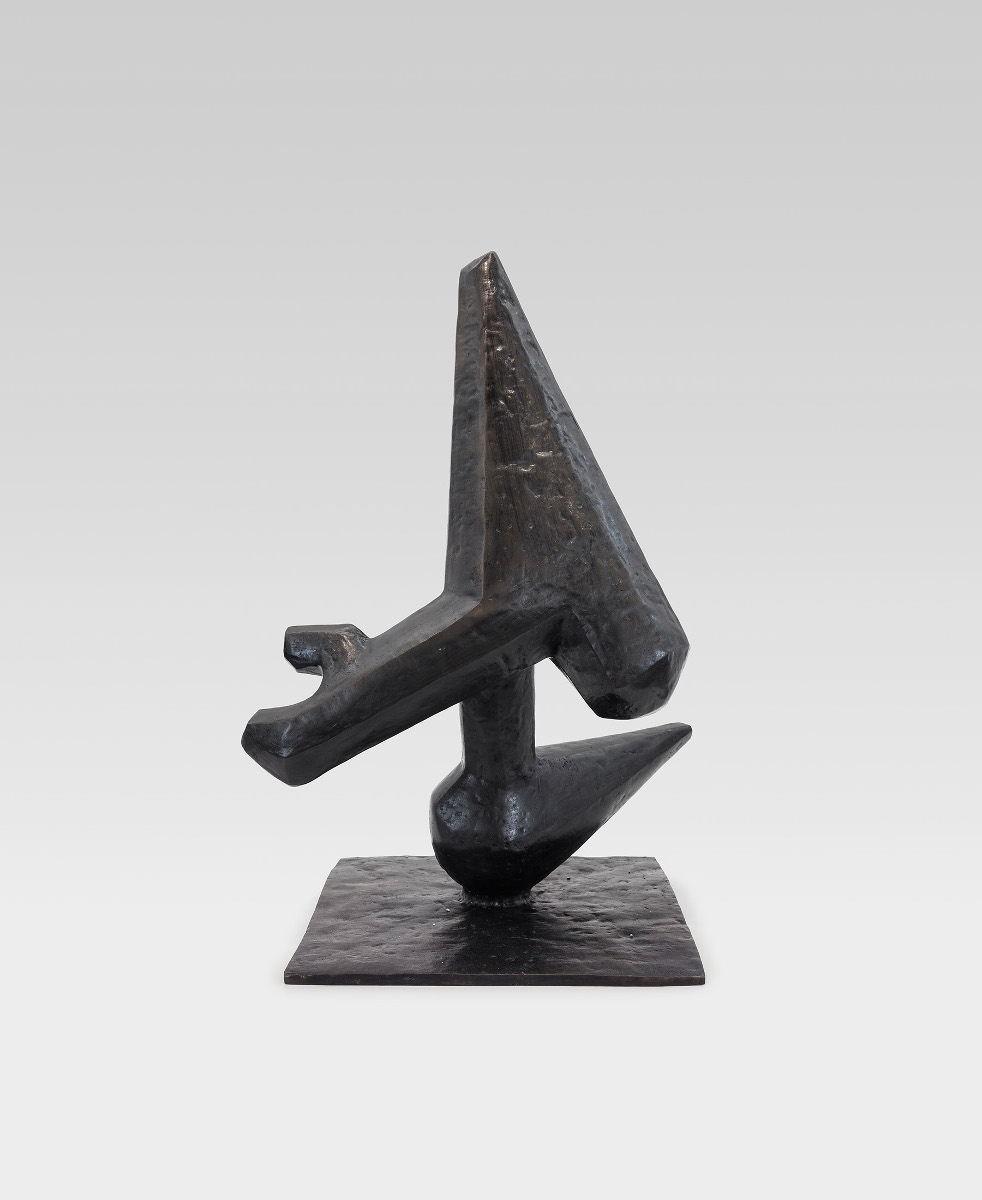 Claudia Jaguaribe has recorded in his photographs many results of this difficult relationship between humanity and nature, is the interior of apartments, the streets of large cities or in areas of environmental preservation. The human participation, moreover, It is not restricted to the presence of the human body, but it encompasses all that is his creation: its objects, buildings, waste and interventions. Thereby, the architecture, within the production Jaguaribe, gained a similar importance to nature: it is the landscape, what you see, but who also dwells.

A meeting with Liuba
by Claudia Jaguaribe

By knowing the work of Liuba during a visit to his studio, in Paris, I was delighted with the multiple dimensions of their work. On returning to São Paulo, I decided to just shoot its collection, this time in the studio this city. Liuba is part of a generation of European artists, emigrated after the war, They worked from the years 50 and 60, founding modernism and exerting great influence on Brazilian art. Thus, to photograph their works, I propose a review of current and past issues of the modernist heritage in art.

Since that first meeting with Liuba I understand his desire to expand the artistic process; I felt a great identification with the three-dimensionality of the works, with the need to leave the plan, to occupy the space and, also, with its flirtation with abstraction of the two-dimensionality. So that now, to be in touch with their work, especially I felt the same search for a representation that goes beyond the actual.

The points of contact between me and Liuba are gradually descortinaram, and then I realized that, with its eclectic style, she seeks to find modernity, and I order that expresses the contemporary. I realized by means of animals, of shapes and figures Liuba, equivalences that resonate in our daily lives when loading the past and so uncertain future. The resulting photographs of the meeting show hybrids, mutants, portraying our condition of migrants transiting through different nations, states of being and sexuality. The burden of these dramatic sculptural forms inserted in today's images emphasize the universality of these tensions and the political dimension of our human condition. 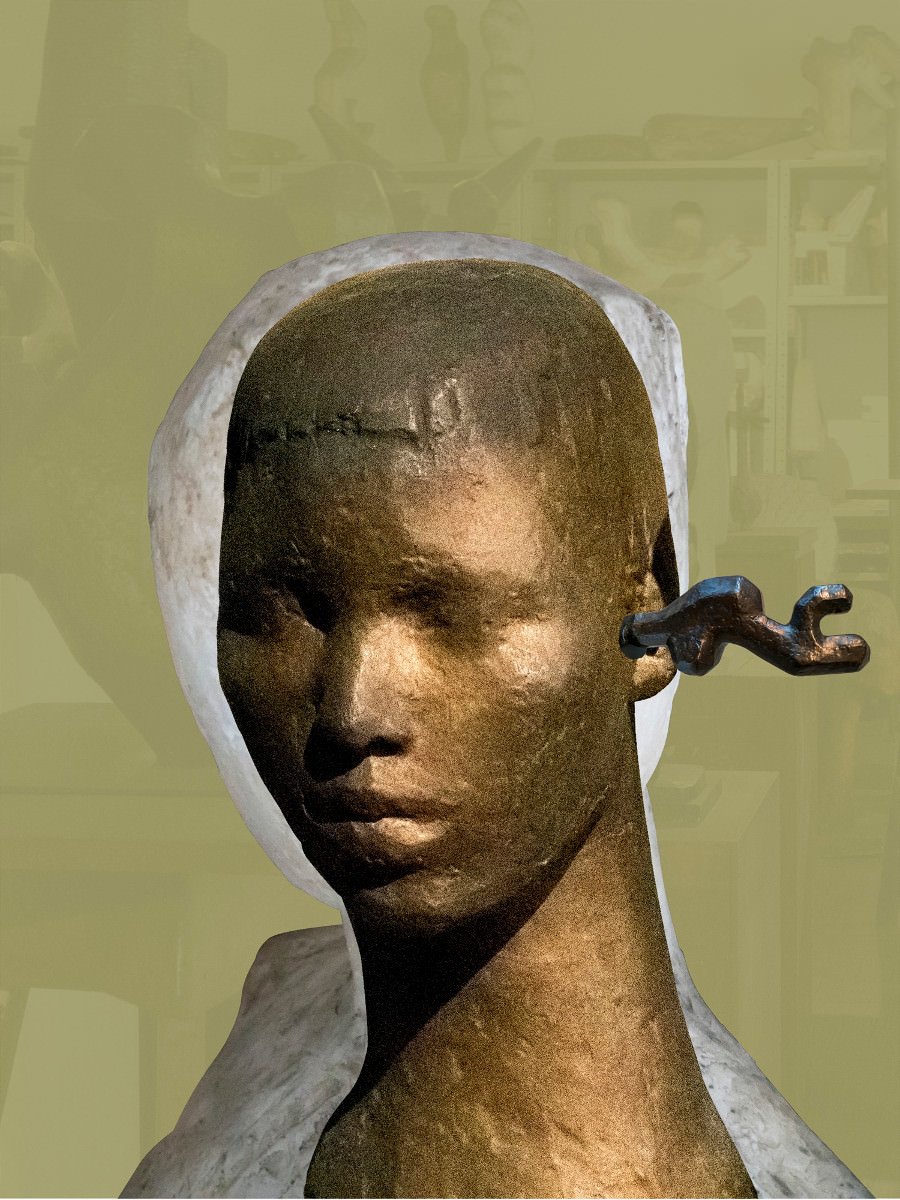 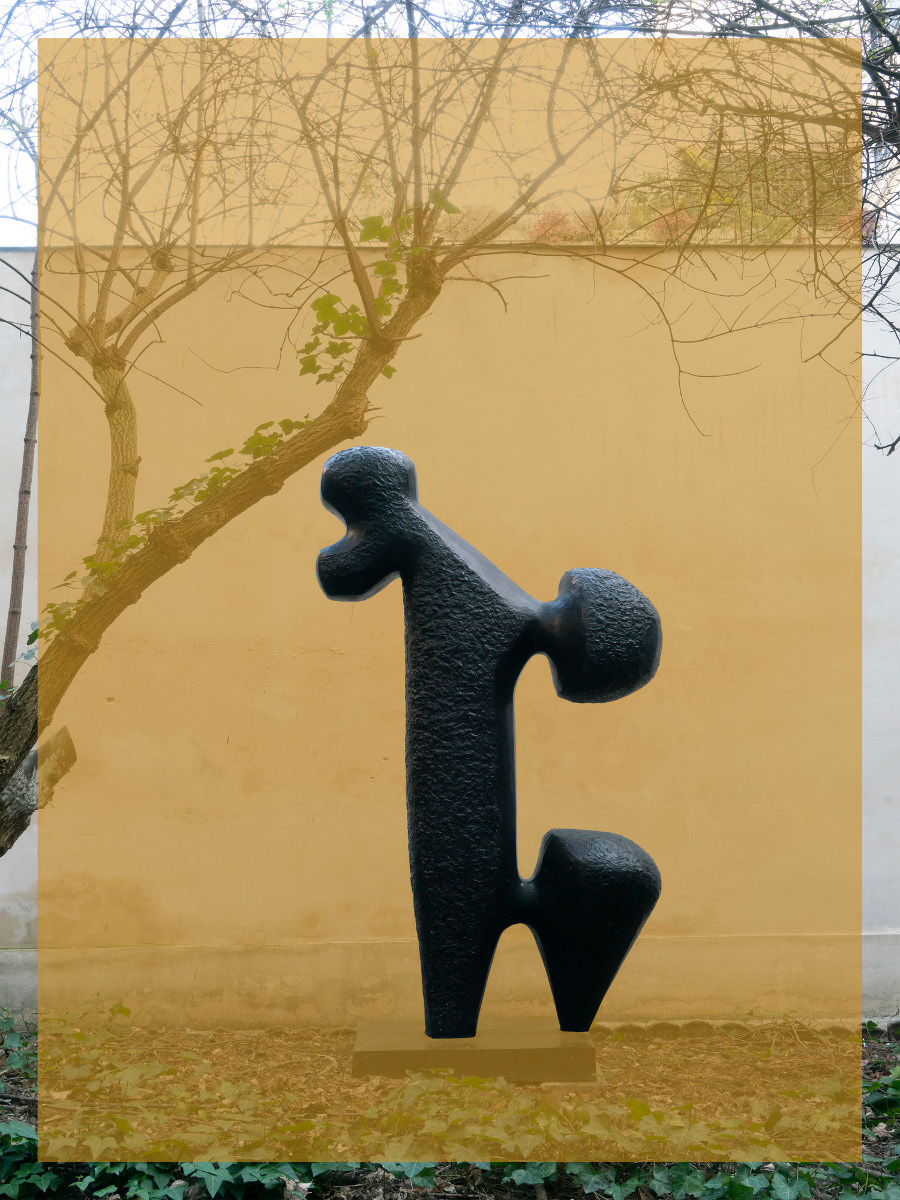 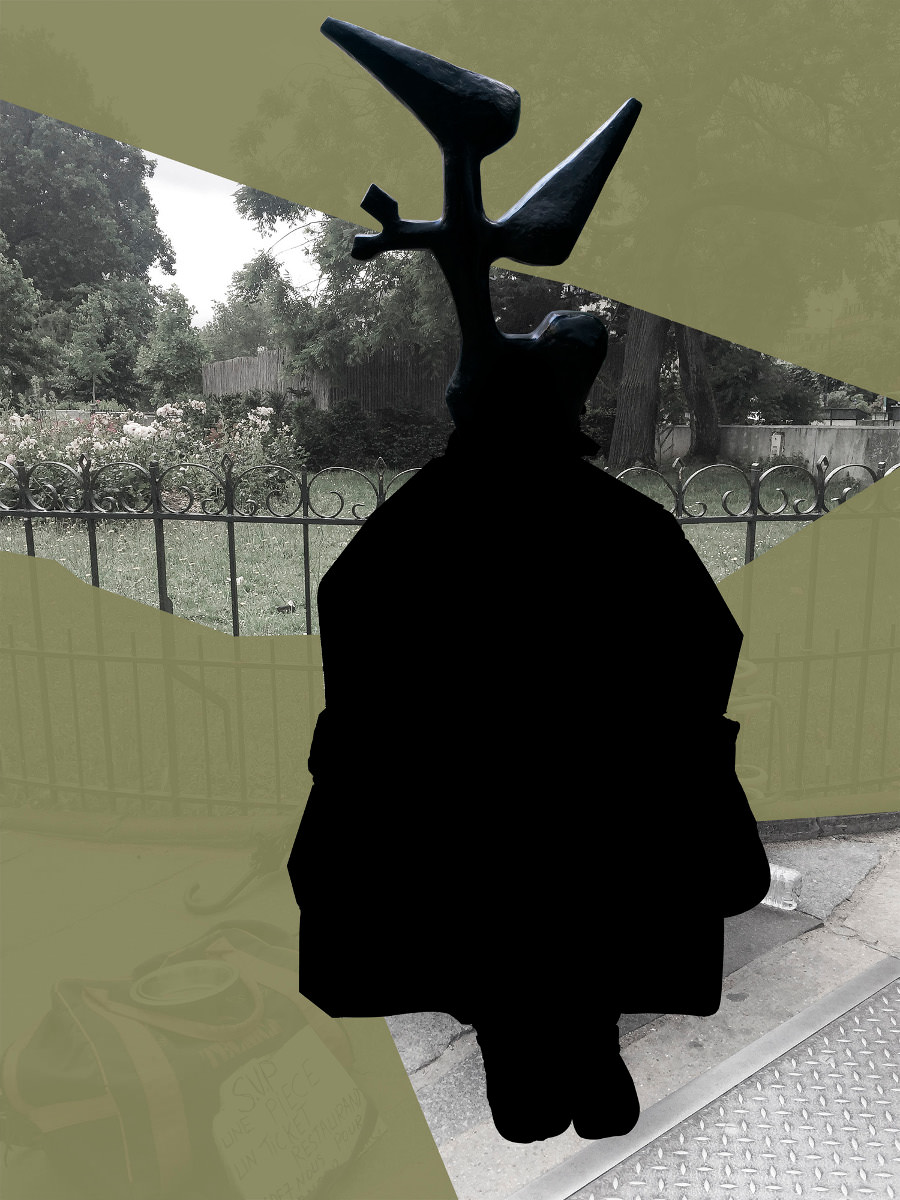 Liuba developed in his work an attentive research on the formal repertoire of the animal and plant worlds and ancient cultures, especially the South American. From 1944 to 1949 He studied with French sculptor Germaine Richier, first in Switzerland and then in Paris, where he went to live and work. In 1949 He established his studio in São Paulo, but it was only from 1958 He decided to live between Sao Paulo and Paris. actively participated in the Brazilian art circuit, It is awarded in the VII Bienal de São Paulo, in 1963 and also integrating VIII, IX and XIII issues. Between the decades of 1970 and 1980 He took part in six editions of the Brazilian Art Panorama conducted by the São Paulo Museum of Modern Art. His pieces show a constructive logic through the articulation between full and empty, contours and rhythms, lines and forces, exploring angular and energetic forms. The bestiary that built throughout its production carries a meaning not only magic, as well as tragic. The great interest that had the artist by the approach of his sculptures to architecture could be recognized in 1965, with their individual at the Modern Art Museum of Rio de Janeiro. Their “animals” They were arranged in the museum gardens, so that they could talk with both the building, as with the green area, “returning”, last one who seemed to be his natural habitat.

His works are part of major international public collections such as the Fond National d'Art Contemporain in Paris, Saint-Paul de Vence Museum in France, the Kunsthalle Nuremberg in Germany, do Hakone Open Air Museum No Japão e do The Museum Sculpture Plein Air The City of Paris; and also integrate important national public collections such as the Museum of Modern Art of São Paulo, Pinacoteca do Estado de São Paulo, Contemporary Art Museum of Sao Paulo, Collection of the Bienal de São Paulo and the Brazilian Artist Museum in Brasilia, DF. 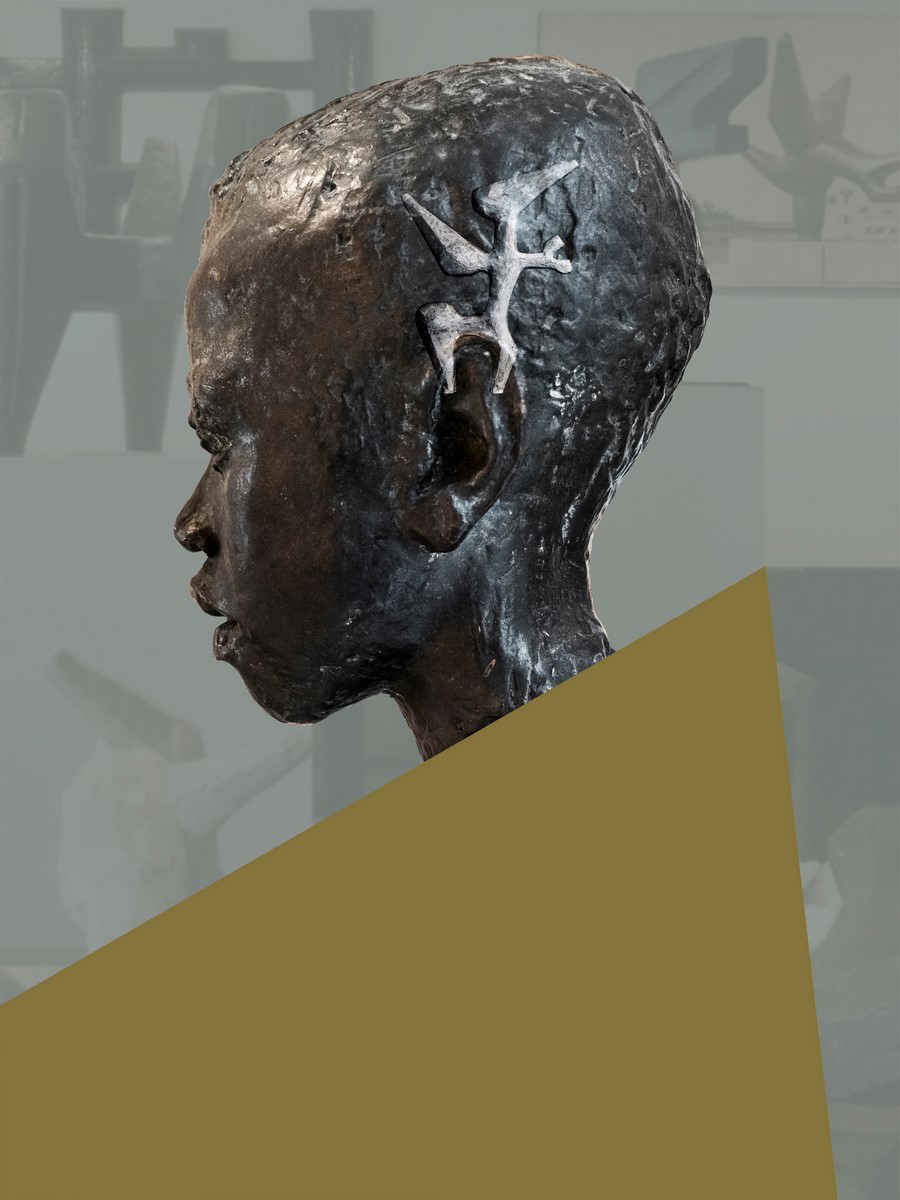 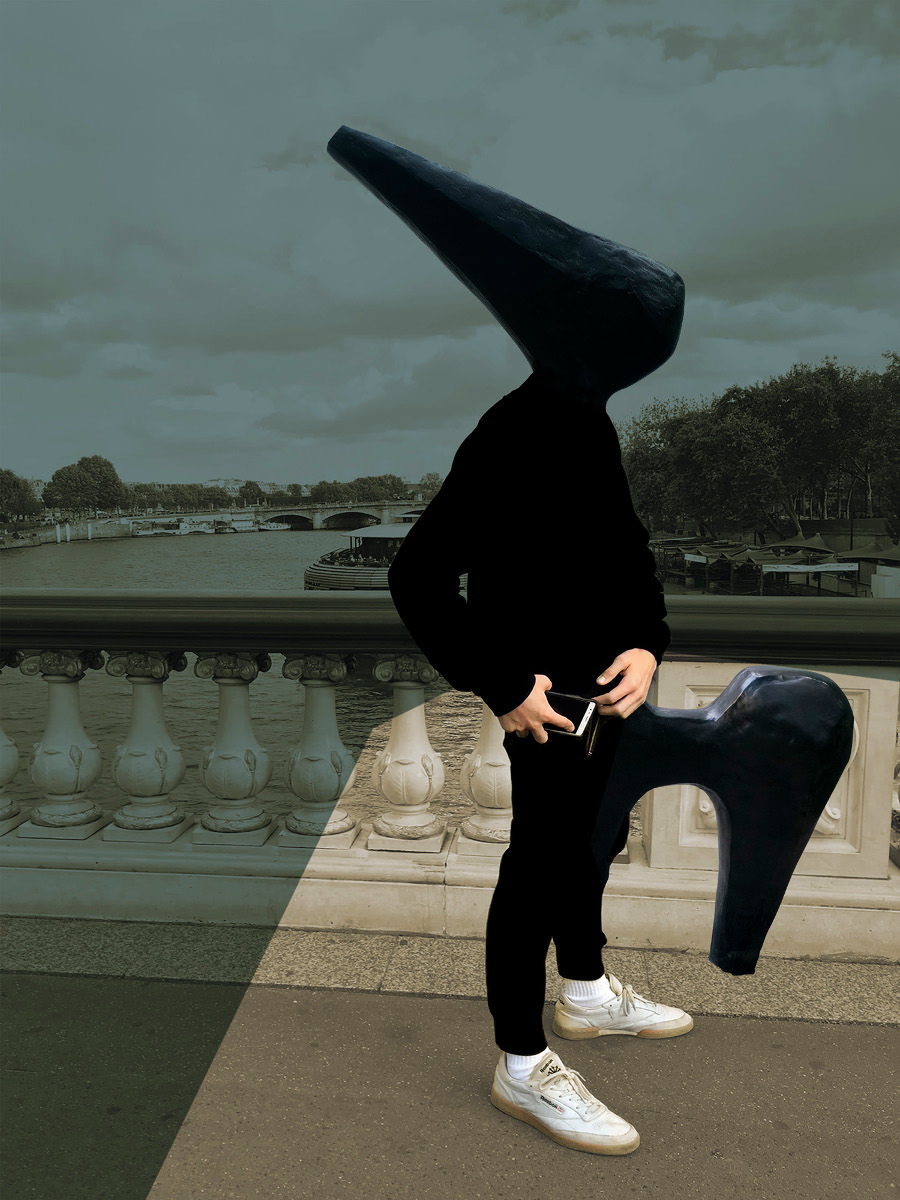 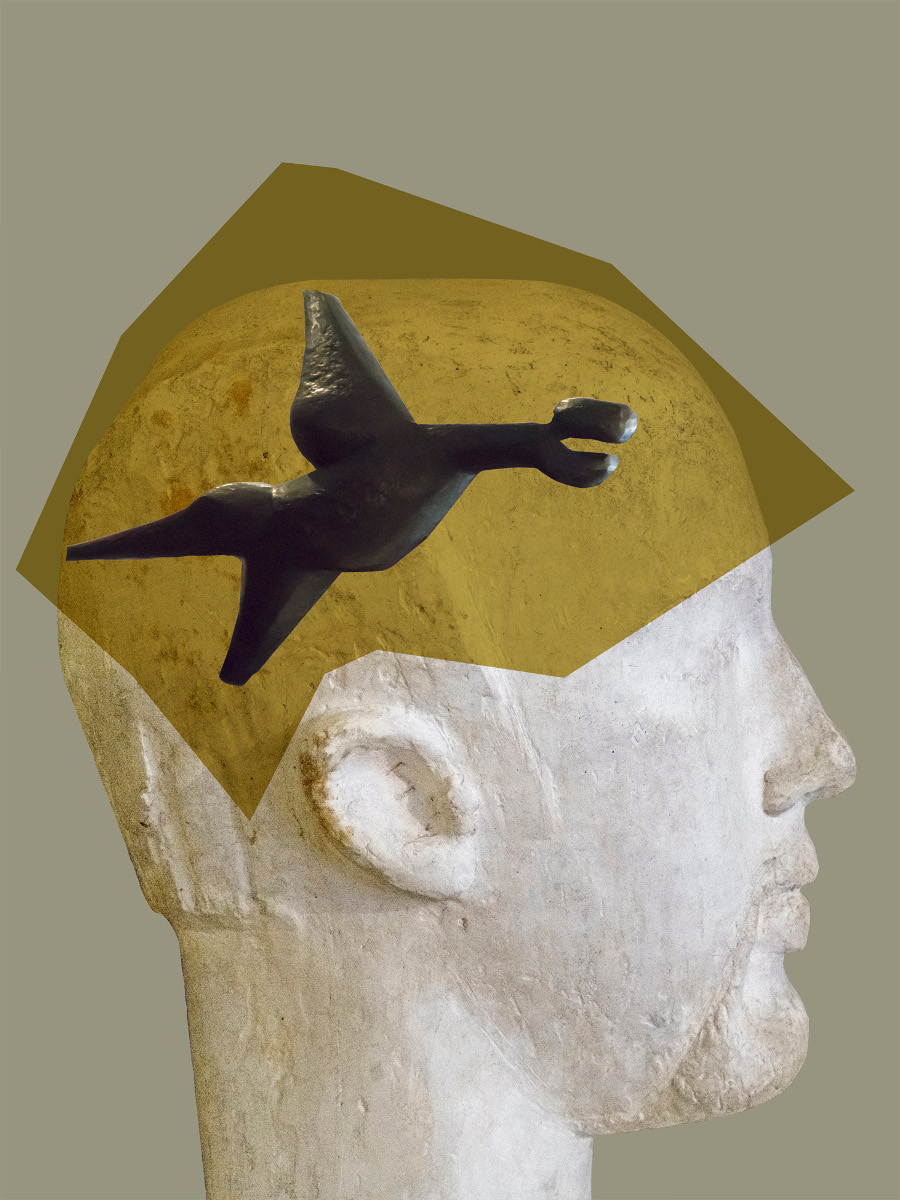 Degree in art history, fine arts and photography by Boston University (USA), participates in exhibitions in major museums and galleries in Brazil and abroad since 1990. Claudia Jaguaribe develops a survey that explores the idea of ​​perspective and point of view not only in the chosen subject or way of doing - in interviews, for example, series of photographs produced from conversations and visits to homes of residents of several housing estates and classes in São Paulo, where are portrayed with the sight of your windows -, but also how to show - in In Lina's Garden, his latest exhibition at the Glass House, where you have the photos that made the garden, printed in translucent surfaces, in front of the big windows that separate the interior of the house to its exterior, composing an image scene overlaid.

Previous: Weekend have parades of the samba schools of Curitiba
Next: Dr. Vinicius Alves explains what the main changes in the Rouanet Law and how it affects society and companies