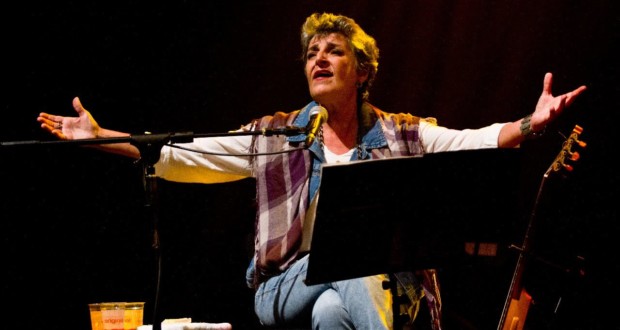 Fátima Guedes presents major successes with the Orchestra String To Base

celebrating 40 year career, Fátima Guedes has its main successes side of the String Orchestra To Base, in the theater of the Armory, in Curitiba. The concerts take place in the days 25 and 26 August, under the direction of conductor John Egashira, and are priced at $ 30 and half-price R $ 15. Sales are being conducted by the site Alo Tickets.

Recorded for almost all the big names of MPB, as Maria Bethania, Nana Caymmi, Alcyone, Leny Andrade, Beth Carvalho, Ney Matogrosso, the honoree brings to the show, compositions successes. The songs 'My Madonna', 'Mato Smell', 'Both have learned to love', 'Desacostumei of affection' and 'Thank you', are some of the receiving elaborate arrangements by musicians of the Orchestra itself, for the occasion.

According to the maestro John Egashira, Fatima is one of the most representative composers and singers of Brazilian music. "It speaks of love, the things of the heart, and daily life, and the music reflects this, songs are often slow, lyrics, It has either samba. Our guest is a reference for us, so we are so happy to have her on our side ", said conductor.

The Rio Composer, He began composing at 15 years and 18 already had a mature language. Recorded for almost all the big names of MPB, as Maria Bethania, Nana Caymmi, Simone, Alcyone, Leny Andrade, Beth Carvalho, Ney Matogrosso, Alaíde Costa, Jane Duboc, among others, remains the owner of a collection that surpasses thousand compositions, and at least 400 these unreleased, which apply eclecticism and good taste. Not enough to be recognized as one of the great songwriters of Brazil, still owns a beautiful striking and unique voice.

Hair maid maestro Roberto Gnattali, in 1998. The group is dedicated to research and dissemination of Brazilian music, and that its unique instrumental formation - violin, mandolin, ukulele, Viola caipira, violão, violão 7 strings, piano and percussion - results in a very particular sound. The repertoire of the orchestra seeks to cover different periods of the history of Brazilian music and includes compositions of its members.

Since 2001, At the Orchestra String Base has the musical direction of guitarist and mandolin player John Egashira. In 2008, the Orchestra released its first CD, titled Antiqüera, beside the guitar player Roberto Correa, having been nominated for the award a Rival. In 2009, also next to Roberto Correa, recorded the program Instrumental SESC Brazil, in São Paulo.