PICTURES AND BRINCANTES, Art and Performance in Popular culture

With the Otto show, Casa do Pontal Museum opens the exhibition in the party mood to mark the 10 years of three great achievements for the folk art: the Unesco certification that cultural diversity is an essential characteristic of humanity; the recognition of the Jongo as Brazilian Cultural Heritage; and the living museum of the Fandango as a best practice for the safeguarding of the intangible heritage, by Unesco. 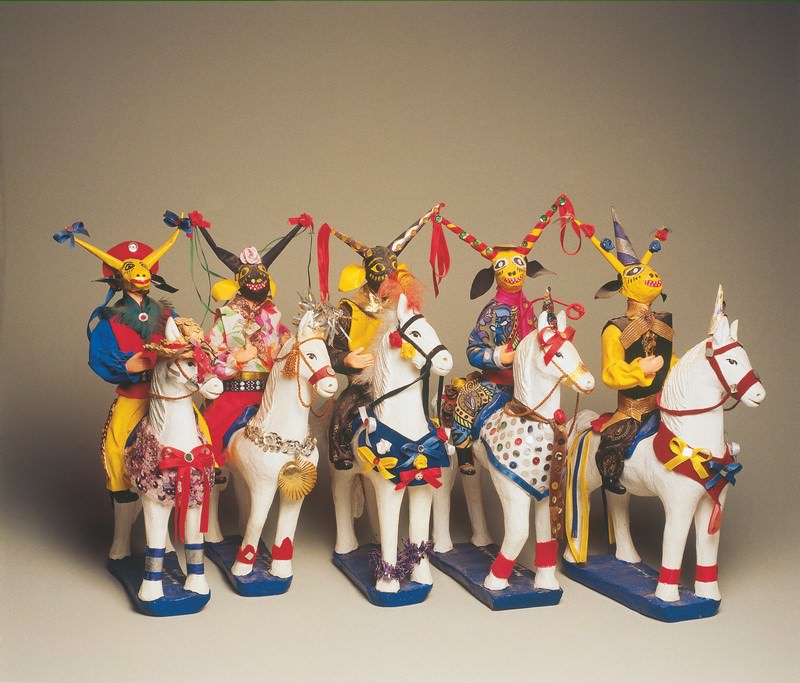 The Casa do Pontal Museum inaugurates day 14 November (Saturday), at 3:0 pm, the exhibition PICTURES AND BRINCANTES, Art and Performance in Popular culture with the display of 53 works from popular artists. The show is born from the desire to pay homage to the masters of popular culture present in the Museum Casa do Pontal and celebrate three great achievements for the folk art: to promulgation of the Convention on the protection and promotion of the diversity of cultural expressions, by Unesco, in 2005; the recognition of the Jongo as Brazilian Cultural Heritage; and the living museum of the Fandango as a best practice for the safeguarding of the intangible heritage, by Unesco.

Among the many festive expressions that occur in Brazil the exhibition presents the Bumba-meu-boi, the Cavalhada, Porto Alegre, the Mamulengo, the sea horse, Jongo and the Fandango. High-impact demonstrations and social and cultural relevance, among other things, have in common the fact that they have been recognised and recorded as intangible heritage.

Dynamic events, These diversions, present in the exhibition through artifacts and plastic creations, can only be understood in its complexity and wealth if we consider their performance dimension. In the universe of popular culture words brincantes and jokes refer to the numerous expressions that involve collective festive celebrations, profane or mixed character. Brincante both can be someone "inside"-which occupies a role in merriment-as a hiker or tourist in ephemeral or occasional way involves.

"The popular expressions that represent the diversity of our heritage involve creation of artifacts, music, dance, performance and staging, and remind us that we are essentially collective beings and we like to be. ", the firm Angela Mascelani, curator and Director of Casa do Pontal Museum. And continues: "These events highlight values present in the universe of popular culture and allow some everyday situations are drawn up collectively, reinforcing the symbolic dimension and identity common ties. Are dynamic expressions that are updated in time and space, sign of our wealth and cultural diversity ", explains. 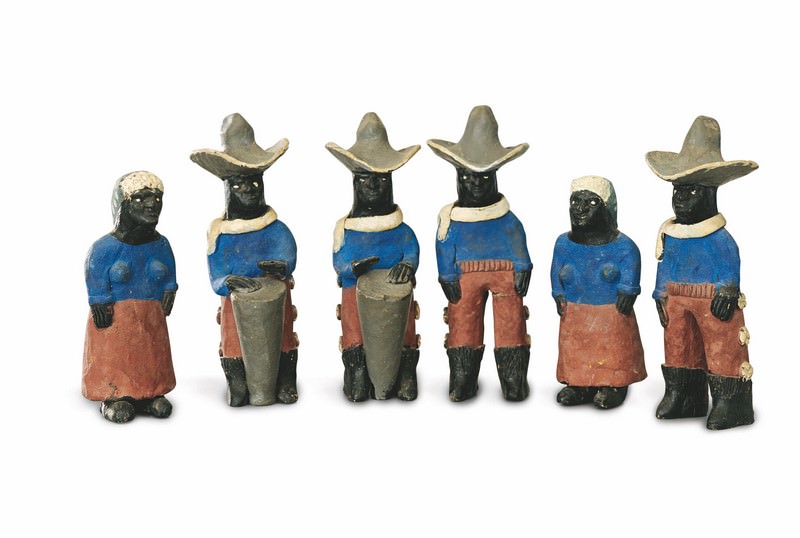 The exhibition PICTURES AND BRINCANTES, Art and Performance in Popular culture also celebrates the new Museum acquisitions and expressive that brings together the largest collection of Brazilian popular art. "We are living a unique moment in the Casa do Pontal Museum, in which researchers important trust your holdings to our institution, by recognising the work of careful dissemination of Brazilian popular art which is made by us. The artist, researcher and Professor at UFRJ Adriana Schneider who's been collecting mamulengos in recent 18 years. The same occurred in relation to the collection of masks taken by photographer and researcher Maria Mazzillo, whose precious specimens have joined our collection. Other private collectors, as argentina's Manager MaviMatuti, just made a significant donation of works. If, on the one hand, the Museum undergoes serious problems due to real estate speculation in its surroundings, on the other hand society recognizes its high value ", celebrates Angela Mascelani, curator and Director of Casa do Pontal Museum.

The exhibition presents works of established artists as Nhozim, Maria de Beni, Lunildes, Captain Parker, Joao Cancio and important mamulengueiros such as Saúba, Joseph Lee and Pedro Mouth Rich. In order to broaden the experience and expand the public's knowledge about the universe of popular culture the exhibition also has significant documentary audiovisual content.

Are displayed images of Renan Cepeda, Marcel Gouterot, Maria Mazzillo and audios with excerpts from performances of pastoral songs and mamulengo and maracatu. Appear movies about the cavalhada, Porto Alegre of Pirenópolis, the "killing" of the Bumba-meu-boi in Maranhão, the dances of fandango from the South coast of São Paulo and Northern Paraná, jongueiras communities of Tamandaré, Sao Jose Quilombo and Jongo da Serrinha (with emphasis on Master Darcy and Grandma Mary Jane). These films were directed by Moana Van de Beuque, Guilherme Fernandes, Maria Mazzillo, Andrea Valentin and carried out by institutions of importance and renown in the area as Cachuera! of São Paulo, the National Center for folklore and Culture Popular/CNFCP/IPHAN and the Museum Casa do Pontal.

PICTURES AND BRINCANTES, Art and Performance in Popular culture is set in the Museum Casa do Pontal until 28 February 2016.

About the Museum Casa do Pontal

Considered by tourists who came to Brazil during the Confederations Cup as one of the leading museums of the country, According to a survey from the Embratur, the Museum Casa do Pontal is in activity for more than 35 years and brings together the largest collection of Brazilian popular art. Its collection, down by the River as the city's cultural reference, consists of more than 8.500 pieces of 200 Brazilian artists, produced in the twentieth century.

Currently, the Museum has the institutional patronage of Ministry of culture, the Government of Rio de Janeiro, Secretary of State for culture and State law of incentive to culture of Rio de Janeiro, the Valley, of Petrobras, the IRB Brazil Re, financial investment of BNDES, institutional partnership of the Brazilian Institute of Museums (IBRAM) and UNESCO and heritage education project sponsorship of Caixa Econômica Federal.