Home / Highlights / Weekend have parades of the samba schools of Curitiba 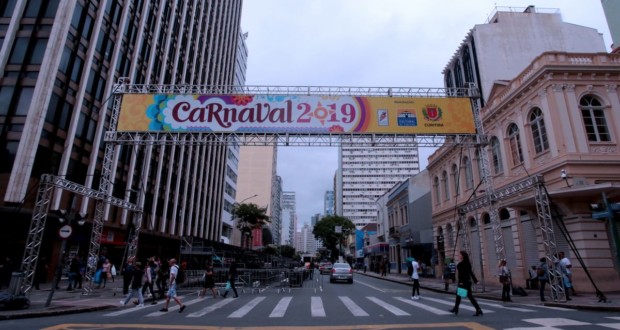 Weekend have parades of the samba schools of Curitiba

The parades of the samba schools of Curitiba, no end of next week, Marechal Deodoro Avenue, They are the highlight of the Carnival schedule 2019. There are five schools of the special group and four of the access group, Besides the blocks. At the weekend, also happens to march Zombie Walk.

The party starts Saturday (2), with the Children's Ball on the avenue, at 3:0 pm, presentation of Afoxé blocks, States of Judah and Rancho Flores from 18h, and the parade of schools of the special, from 20.20. The program continues on Sunday (3) - first with the march Zombie Walk, with a concentration from 12h, in Boca Maldita, and then the parade of carnival groups and samba schools access group, a partir the 18h.

Structure – The structure for receiving the festivals being mounted, which requires traffic partial block on Avenida Marechal Deodoro, during this week. They will be installed sound equipment and lighting, and three stands with a total of 3 thousand seats. One is exclusively for seniors, pregnant women and people with disabilities, having space for wheelchair. They will also be installed 120 cabins chemical toilets, who will be willing throughout the animation axis, between the Baron of Rio Branco streets and Marechal Floriano Peixoto. Three ambulances and a tent with the clinic will be responsible for emergency services.

Will be on hand the staff of the Military Police, Civil police, Municipal Guard and a private security team. They will also be tax gifts street vendors and teams of the Social Action Foundation, Guardianship Council and prosecutors for child protection actions and adolescents and awareness against sexual exploitation and child labor. 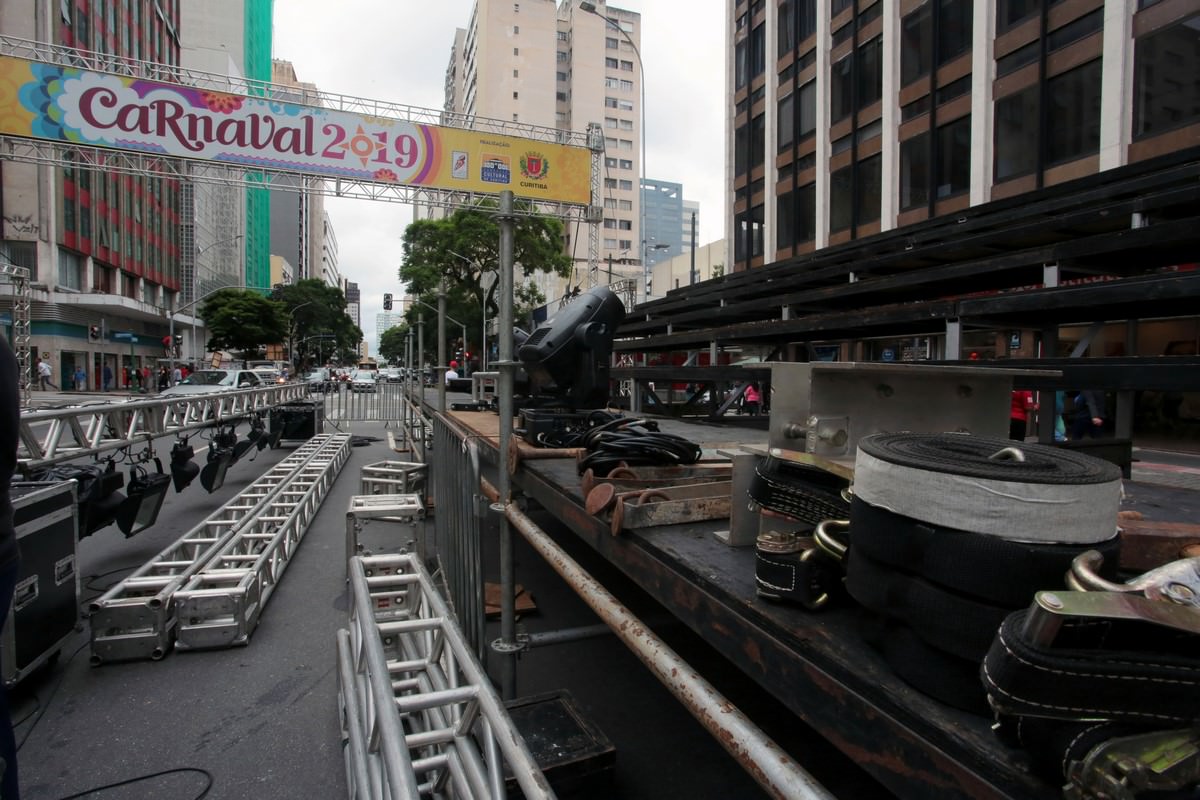 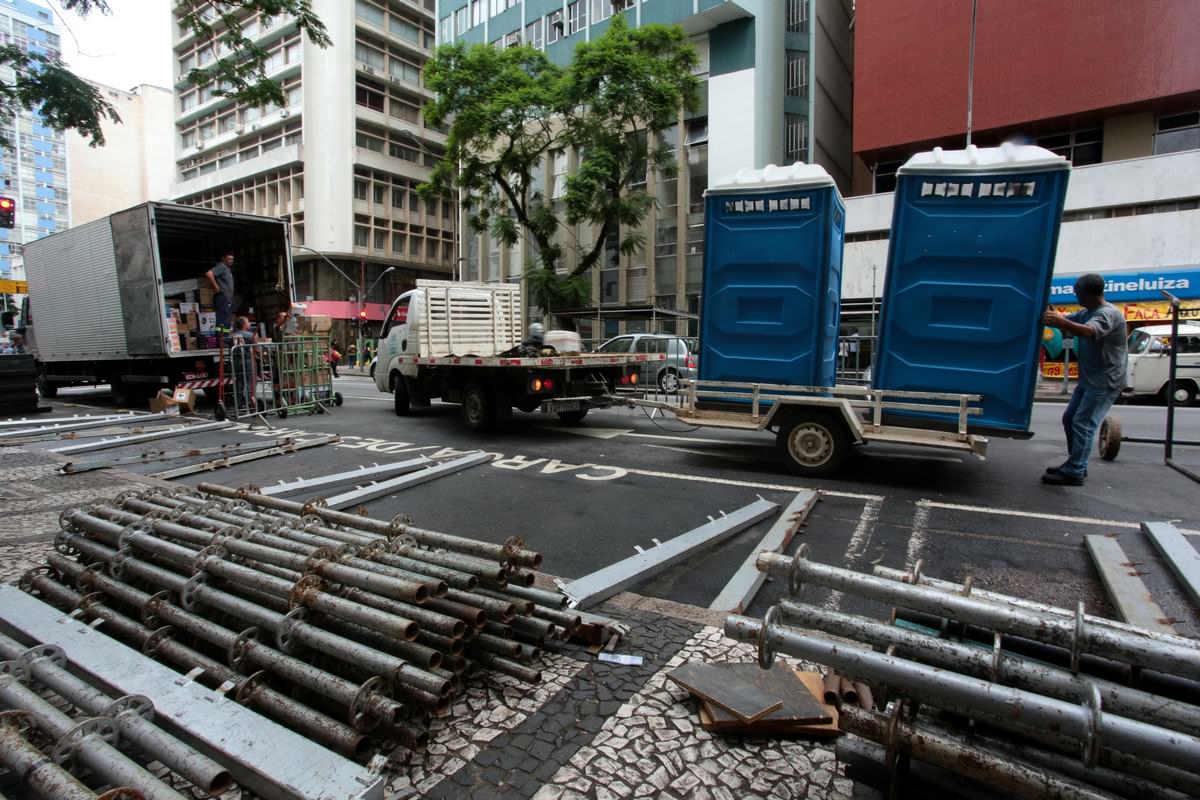 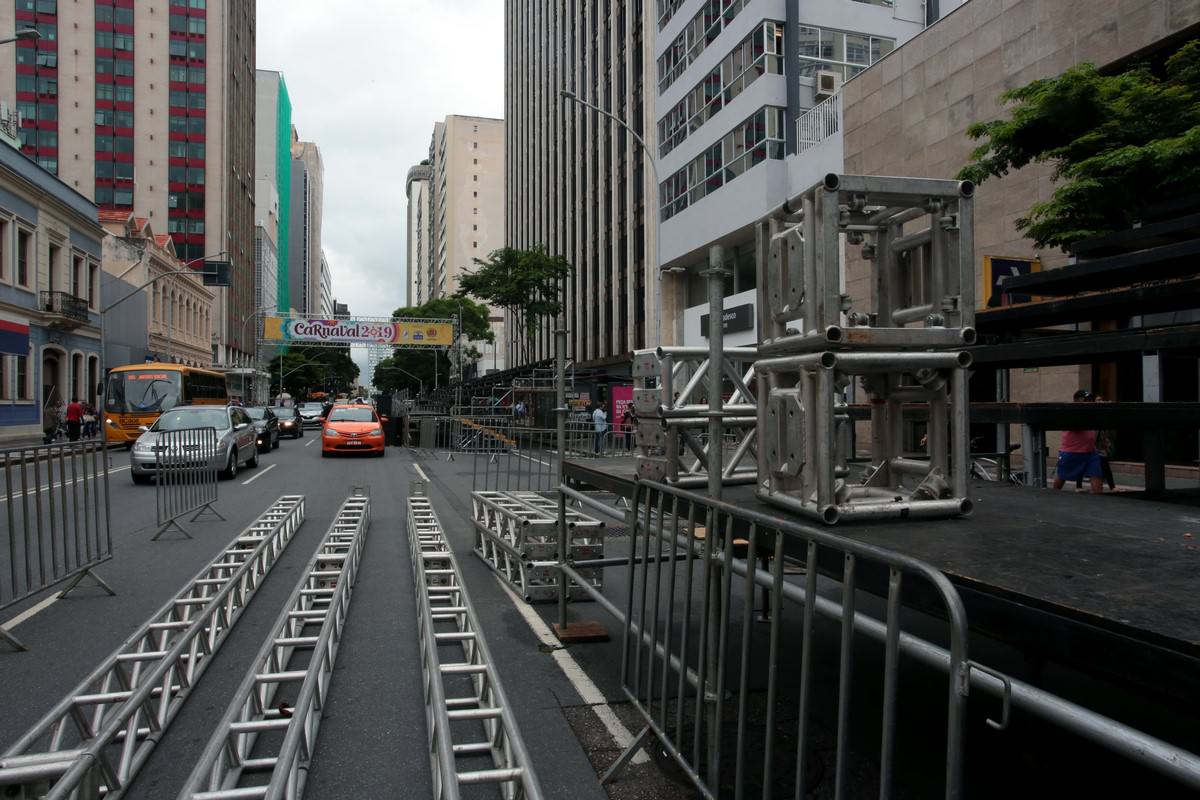 Programming – The party at Avenida Marechal Deodoro, Saturday Carnival, It begins with the Children's Ball 15 às 17h. The parade starts at 18h, with addition of three blocks. Traditionally, the Afoxé Aiye Layo is the first to parade, making the ritual of "purification" of the samba runway. Following enters the States block of Judah and Rancho Flores, consisting of elderly attended by the programs of the Social Action Foundation. This year they do a tribute in the form of marching to the poet Helena Kolody.

The first school of the special, Lovers Samba, kicks off at 20h20, followed by Lions in Youth, Empress of Freedom, Academic Royals and Blue Youth. The parade this day is scheduled to end at 1:45 a.m. in the morning.

On Sunday, if present more blocks from 18h: Samba dancers of Tomorrow, Fiery, Purple and Bohemians and Madams. The first school of the Access Group is the Kingdom of Pinhais, entering the avenue to 21h20. Then come the Royal Colombo Empire, Internet users and Ambassadors of Joy.

The presentations will be evaluated by a panel of judges. The calculation of the notes and the proclamation of the school champion 2019 will be on Monday (4), from the 3:00 pm, in Curitiba Memorial.

zombies - The traditional march Zombie Walk takes place on Sunday Carnival. The concentration will be from 12h to 14h, in Boca Maldita. After, the zombies follow the Rua das Flores, They pass through the SESC Palace of Liberty (Generoso Marques Square) and continue until the Praça Santos Andrade, which is mounted a stage with musical shows.

Check out the full schedule here: