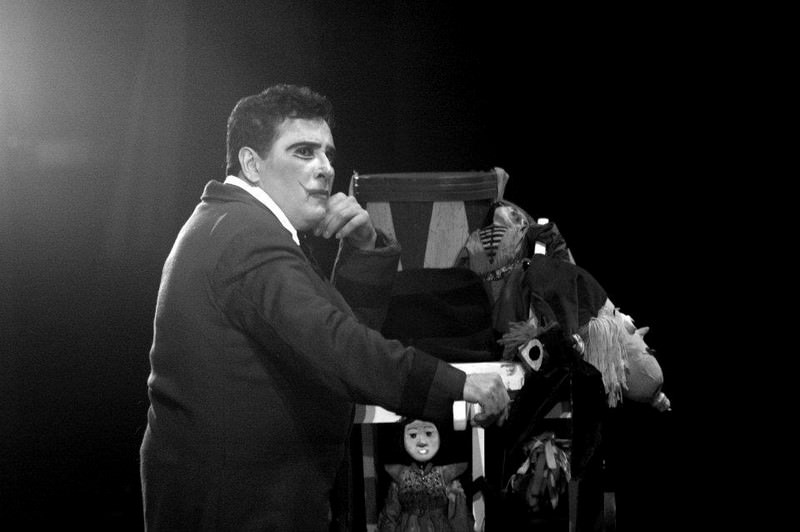 The Cultural Foundation of Curitiba opened, This Monday (3), registration for the free course "core of Curitiba's Opera" that will launch day 14 September in Room Scabi at Solar do Barão. The activities will be guided by the tenor Ivan Paulo Leme de Moraes involve singing technique, body expression, art history, interpretation, formation of character among other fundamental topics for training in opera singing.

Produced the opera L'Elisir d'Amore on 2005 and "The Estrepulias of Teresica" in 2008, This last with Musical direction by Robert of Regina and Edson Bueno Scenic. In Bohème had an important role as Parpignol with scenic design by Italian Roberto and Alessandro regencia Sangiorgi.

In 2006 and 2007 been on tour with the choir of the Camerata Antiqua of Curitiba in Germany and Portugal with the scenic concert "colors of Brazil"; "Fantasy" and "Brazilian music of the 20th century".

Also in 2007 and 2008, In addition to the concerts with the Camerata Antiqua of Curitiba, He performed with the Group scenic programs "the comedy of Mr Carlo Goldoni – chronic with music", under Wagner Polistchuk, scenographic direction of Roberto Innocente and cameo of actor Luís Melo; "Colors of Brazil" and "Glimpses of sacred music in Brazil", under general direction and Regency of Helma Haller and scenographic direction of Jacqueline Daher. These last two, were selected and represented Brazil in 2008 in the 8th World Symposium on Choral Music, Copenhagen-Denmark.

In 2009, the Group participated in the 18th Festival Corale Internazionale "La Fabbrica Del Canto" in Legnano-Italy with the presentation of 4 scenic distinct concerts. In 2010, in the scenic concert "Impressions", He served alongside Letícia Sabatella, with musical direction by Bia of Lucca and stage direction of Jacqueline Daher.

In 2011, in the show "the time machine" played the character "Carlos", a didactic show for kids explaining the music, who was Regent Beatriz De Luca.

During 9 years, from 2005 to 2013 was delegate and member of the Artistic Council of the Camerata Antiqua of Curitiba. Was Assistant professor in the music school of Curitiba in the choral course in 2012 and 2013 being an assistant conductor Mara Fields.

Inscriptions: from 03 to 28 August, in the regional nuclei FCC (business hours) and in Solar do Barão-the 2:00 pm to 6:00 pm Scabi Room or download the registration form here and send to ivan.moraes@globo.com

The selected candidates will be notified by email or phone