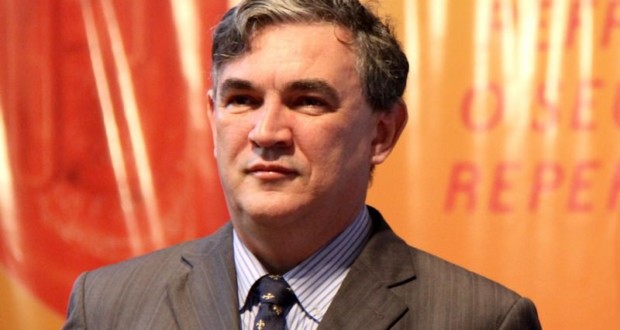 The Cultural Foundation of Curitiba present in the national cultural policy

The President of the Cultural Foundation of Curitiba, Marcos Cordiolli, participates on Wednesday (2), in Brasília, the 2nd National Meeting of Municipal Managers of Culture. As a National member and former president of the Forum of Culture Secretaries of Capital and Metropolitan Regions, Cordiolli was invited by President forum, Leonidas Oliveira, from Belo Horizonte, to discuss a list of demands and support the organization of a national organization of small cities of culture managers and medium-sized.

This is another one of the events that the Cultural Foundation of Curitiba participates this year taking their experiences in the field of culture. "The Cultural Foundation, depending on the policies developed in this management, It has played a larger role on the national scene of cultural policies ", find Cordiolli. Last week (days 25 and 26 February), FCC participated in the IV Meeting of the National System Committee on Information and Cultural Indicators of the Ministry of Culture and I Workshop GT Glossary of Culture.

"The goal of this working group is dealing with the culture of the ontology, It is to build a conceptual framework of Brazil's culture policy. How cultural policies undergo several languages ​​and multiple segments, there is a whole conceptual juxtaposition that ends up creating all sorts of problems. An example of practical application of this are notices. When a concept is presented in a notice, it should have the same understanding by the applicant and by the person who is evaluating the project. There are different understandings for concepts whose differences are very faint, as for example, about what is broadcast and what is training audience ", explains Cordiolli.

According to the chairman of the FCC, Glossary provides a more effective dialogue between all government agents and private. "It improves the planning and effectiveness of public policies, because it allows better identify goals and measure the best results ", says.

Cordiolli show the FCC action, together with Curitiba Agency, chaired by Gina Paladino, no Gmac – Market Executive Group Audiovisual Curitiba, and present the writing done with Ancine - National Cinema Agency, which is investing R $ 2,5 million in production 16 telessérie pilots and four TV movies. This bill was also featured at the International Television Festival - Screens 2015, in São Paulo, another great event that brought together producers and buyers of content for television.

Formation – In addition to these, the Foundation has systematically been invited to attend the events of the Ministry of Culture in the training area. Last year, the FCC was called for two national seminars organized by the Department of Education and Training Cultural and Artistic. The first discussed the teaching of arts in basic education and the second discussed the creation of a national art education system and cultural, bringing together the technical schools, the free schools and higher education institutions that address this matter.

"These two seminars were an important result because it outlined a new area of ​​operation of the Ministry of Culture - one focused on basic education and one for the organization of all those who work with artistic training and cultural", highlighted. for Cordiolli, the presence in all of these events demonstrates the recognition of national cultural policies developed in Curitiba.