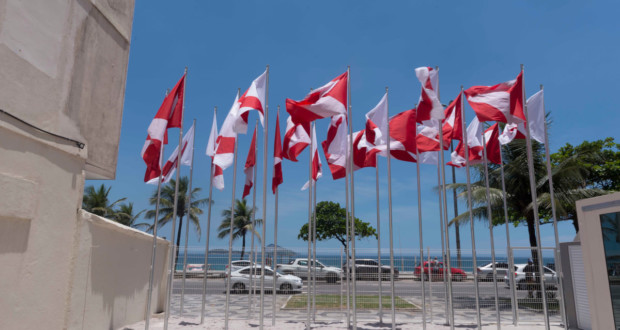 Plastic artist Raul Mourão will exhibit two new kinetic sculptures and a temporary outdoor installation, on Avenida Delfim Moreira, number 558, on the edge of Leblon (RJ). The artistic intervention, named Viva Rebel *, is presented by Gafisa and will take place between the 21 January and 21 March, occupying the land where a future residential development will be built. The show will have free access and will respect the rules of social distance, with daily audience limit and mandatory use of masks during the entire visit.

The two large-scale kinetic sculptures were designed by the artist during the pandemic, in 2020, and are developments of the Grades series, and refer to the grids used for protection, safety and isolation on streets in Rio de Janeiro, present in the photographs taken by the artist three decades ago. Although each piece weighs about 1,5 tons, the central issue is not weight or brutality, but the balance, the possibility of movement and care. “A small gesture from the viewer is enough for all this mass to move, allowing the steel structure lines to cross and create a visual scramble ”, explains the artist. It is this engagement, adhesion and possibility of resistance, not only in the field of art, but also beyond it, which are the engines of this production.

In addition to the sculptures, there will be an installation of arrows on flags raised six meters high at the entrance of the land that mark the occupation of a territory and signal that something may be happening there. These elements are the result of a series of photographs that Mourão took between the end of the years 1980 and the early 1990, present in his work to this day and that depict white sidings with red arrows used by the government to indicate deviations in the urban space due to works.

Over three decades of production, Raul Mourão has been building a body of work that has always been interested in spaces between public and private, the street and the studio and the circuits of the city and art. In the Viva Rebel project, this “between” is presented again. “The exhibition will occupy the space that is temporarily empty, e o limite do terreno é delimitado pelas empenas de quase 20 meters high from the buildings that once surrounded the house, transforming the place into a kind of dead end by the sea ”, destaca o artista. Raul Mourão é artista multimídia, producer and art director. He studied at the School of Visual Arts of Parque Lage and exposes his work from 1991. His work includes drawings, engravings, paintings, sculptures, videos, photographs, texts, installations and performances. 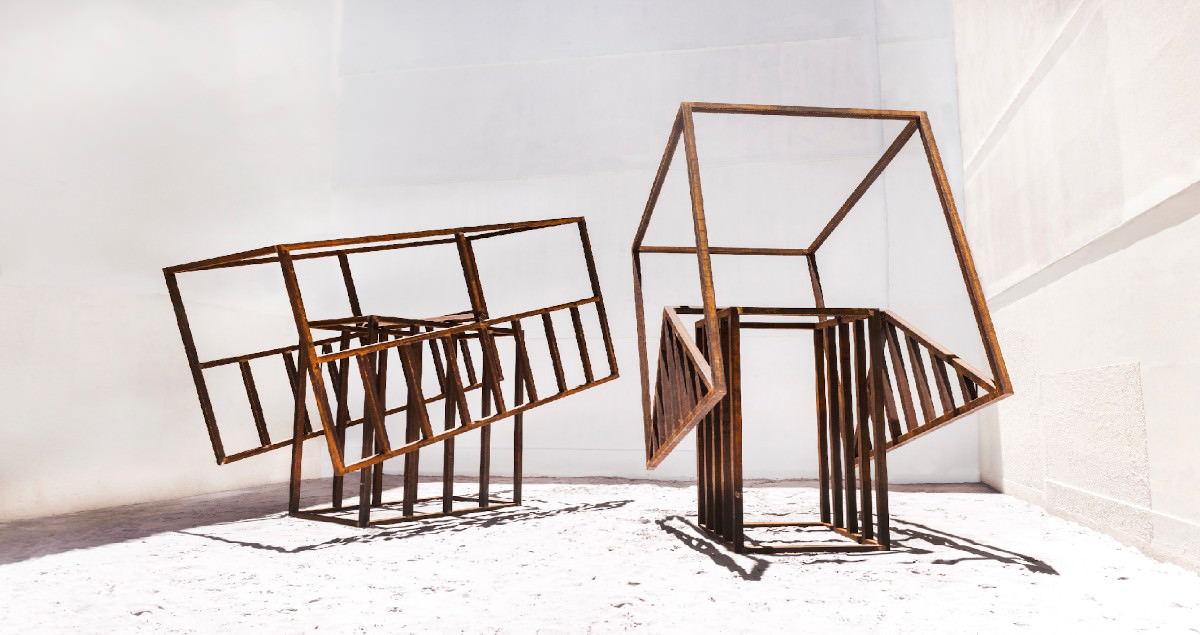 The exhibition is presented by Gafisa, one of the largest builders and developers in Brazil. For the company, the initiative reflects its goal of offering urban kindness through art. “In such an iconic terrain, we want to add a social and cultural function to the space, providing an enriching experience, beyond the conventional, to the visitors of Rio's waterfront ”, highlights Gafisa's New Business Director and CEO of Gafisa Properties, Guilherme Pesenti. With more 66 years in the market, Gafisa is present in 40 towns and 19 states of all or country. Throughout its history, the company has already delivered more than 1.200 ventures - that, together, would form a city with 1,5 million inhabitants, which means that one in each 130 Brazilians live in a Gafisa.

*The manifest title of this exhibition, Long Live Rebel, it is an exaltation and an alert. Fundamental space for the carioca music scene, Audio Rebel completed 15 years last year and, like everyone, has suffered the effects of the pandemic. As part of the movement to keep the house running, Raul is producing and directing a documentary on the history of space. This exhibition is a tribute and a space for solidarity.

There are 66 years in the market, Gafisa is one of the most respected builders and developers in Brazil. Present in 40 towns and 19 states of all or country, Gafisa collects brands that position it as one of the largest companies in the real estate market. Throughout its history, the company has already delivered more than 1.200 ventures - that, together, would form a city with 1,5 million inhabitants -, and built 16 million square meters - which is equivalent to approximately 15% San Francisco, in the United States. Recognized for its pioneering spirit and the strength of the iconic triangle, Gafisa develops projects that reflect its commitment to comfort, the well-being and safety of its customers. Under the pillars solidity, QUALITY, tradition, credibility and innovation, the company experiences a new moment, focused on identifying promising merger and acquisition opportunities, buying land and diversifying your business, working to become a complete product platform, real estate services and solutions. Efforts are aimed at ensuring growth for your business, generate value for its shareholders and turn products into experiences and expectations into satisfaction for its audience.

Previous: Museum of Tomorrow performs live with astrophysicist and scientific disseminator Neil deGrasse Tyson
Next: 5ª Edition of the Biennial of the Sertão de Artes Visuais