After staying for five days in a hotel, in the Port Region of Rio de Janeiro, the artists and the curator, He also devised the project, present in 11 from June to 9 July, the result of all the work involving the residents of the region, local community leaders, hotel staff and guests who interacted in the process of creating the works.

According to the curator, the experience of coexistence and exchange with the artists was a kind of laboratory so that they could develop their projects in an environment outside of their comfort zones. According to Theobald "we had the opportunity to experience the changes of urban Port Region, concentrating our perceptions about their consequences on the local population and to the thousands of individuals who pass daily, performing, yet, some activities in the surrounding commercial and institutional establishments, After hours of visitation in the rooms ".

Result of the residence: 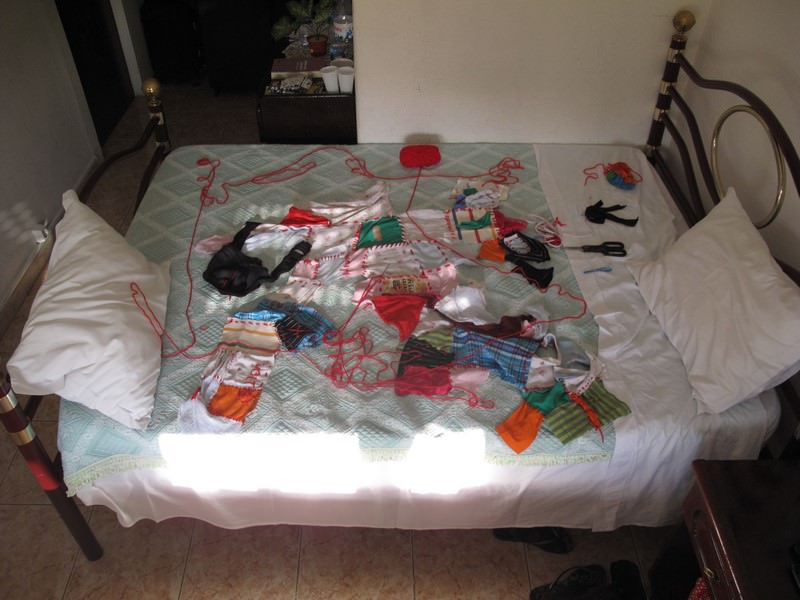 Patchwork quilt for a double bed – the proposal of the artist is to find people of passage, unknown or not, inside the hotel room, in your bed. Only one person was attended at a time, by appointment or stealthily, en passant. The meetings did not have time to finish and ended when they felt, together, that there was nothing more to be said and stitched with the remnants of clothing worn. Then, were the parties worked, building a collective narrative, where is the line and the secret is the point. More than you want to obtain an aesthetic object, the result of the search experience for two. The viewer becomes active and the work depends on your participation. In patchwork for a double bed, It is also explored the issue of intimacy of both, above all the other, the one who enters the room and sits on the bed of the artist. Curious to understand what's going on in there and eager to cross boundaries of private space, the spectator-artist reveals his thoughts and memories to the artist-listener. This work/performance began in Lisbon, in 2010 and your narrative is growing as the public will participate in and telling your story. 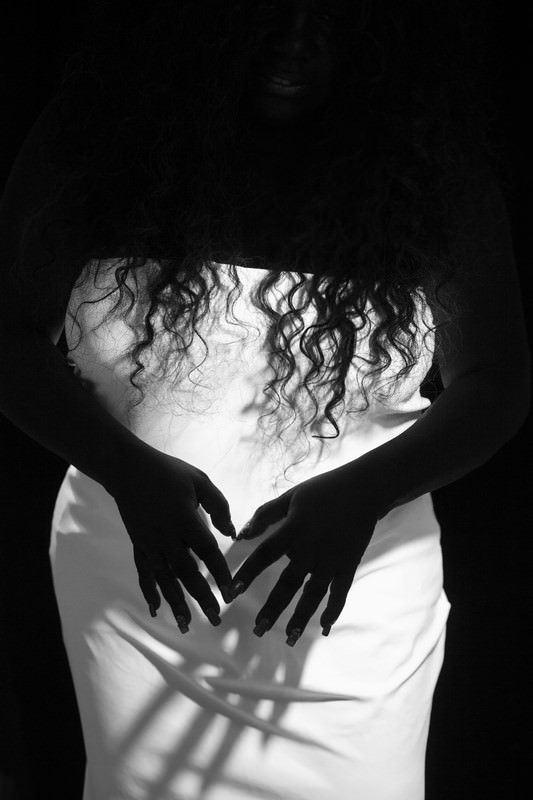 The artist mounted a real photographic studio in your hotel room, site of the artist residency, He worked a receptive approach to visitors to get some information about your profile (What makes, where you live, What brought you there, their difficulties and their dreams, among other issues). From this information, the visitors were portrayed, following the artist's research about common types of Rio de Janeiro. The end result of this action will be the exhibition of a Rico pictures album that will have a strong appeal to local ancestry, known in the past as Little Africa, in order to reaffirm the identity of each person photographed, a species of human that moment project mapping. 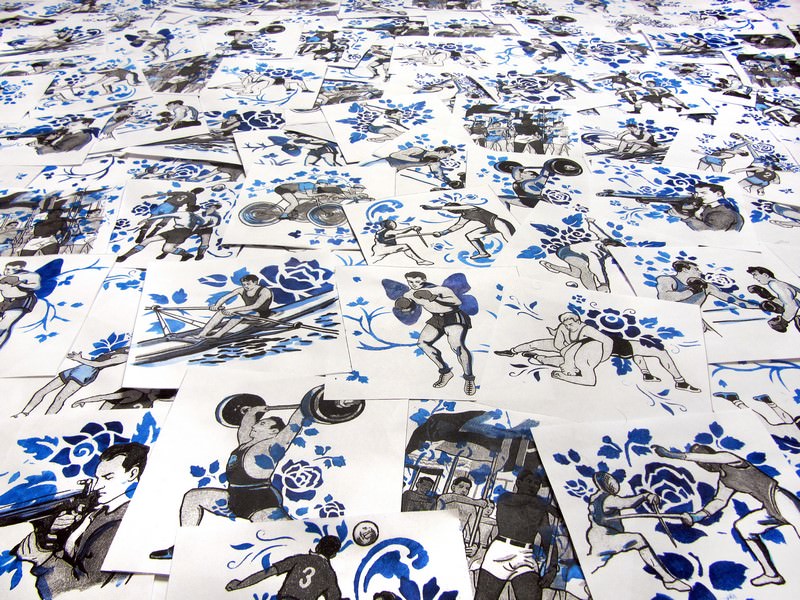 The urban intervention Olympia Occupation idealized especially for the Artistic Pension project, is the creation of a series of works on paper, which refer to the Portuguese tiles, with drawings depicting the athletes (especially for the older and traditional sports), that have been applied with starch glue on walls and facades of the Gamboa. The style lick-lick, the work took, the times, paper tile, with reference to the single figure Portuguese tiles, Since the region of Gamboa has one Rico Portuguese occupation history, being the region still punctuated by a series of ancient buildings whose facades are still covered in Glazed tile as in the late 19th and early 20th centuries. The images of athletes will be mixed with more traditional images of the single Portuguese figures, in particular floral images. 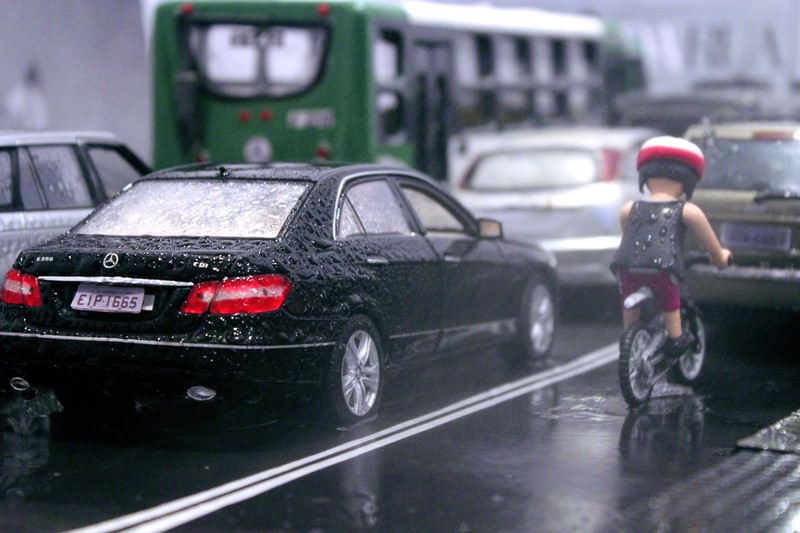 The visual artist proposed to the residency building dioramas with scenes about the reality of the Port Region and the significant moment of transformation passed, because of revitalization for the Olympics. Using a custom repertoire in which the characters are dolls Playmobill, the artist discusses the local customs in a simulacrum of television news, edited by artist. Some images emerge from the stimulation received by newspaper stories, However the direct interaction of the visiting public through statements brought more details to the narrative constructed, leveraging the theme developed.

Each artist went through a kind of distinct experience, because his works are of different natures, but they suffered influence of trade caused by this coexistence. It's unanimous among residents of the project the way you understand that region turned and opened a new perspective for understanding this process so delicate and important city transformation. 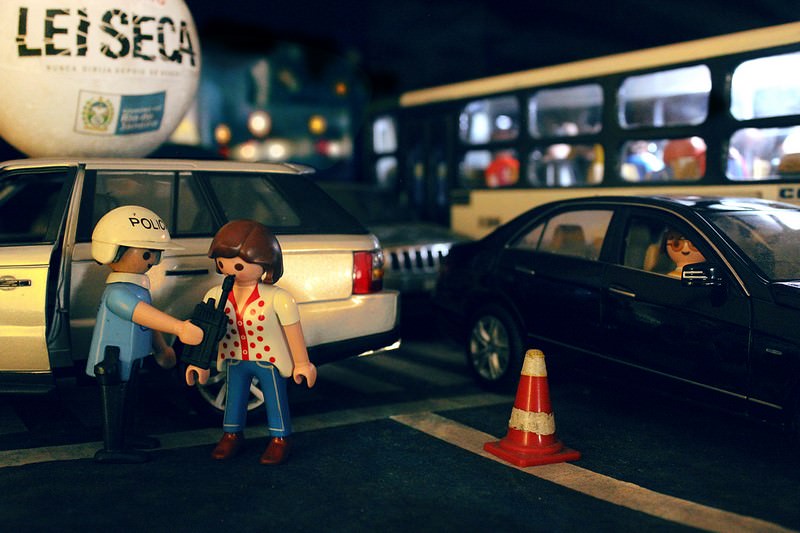 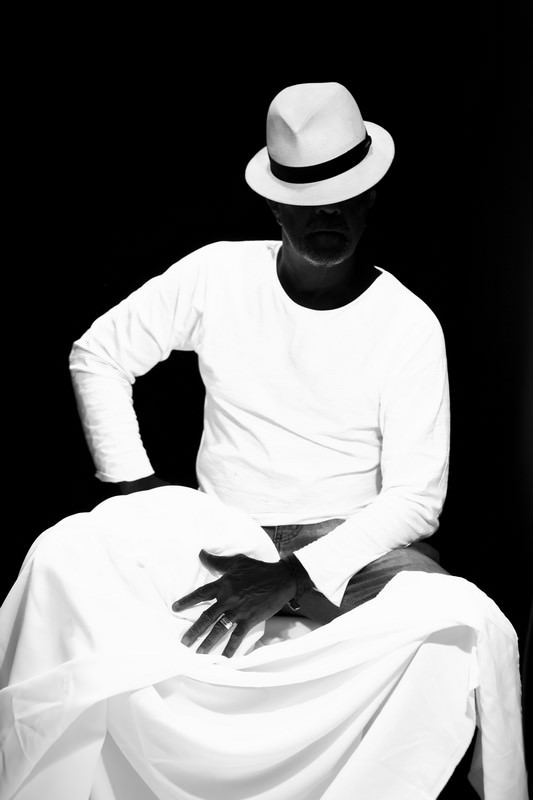 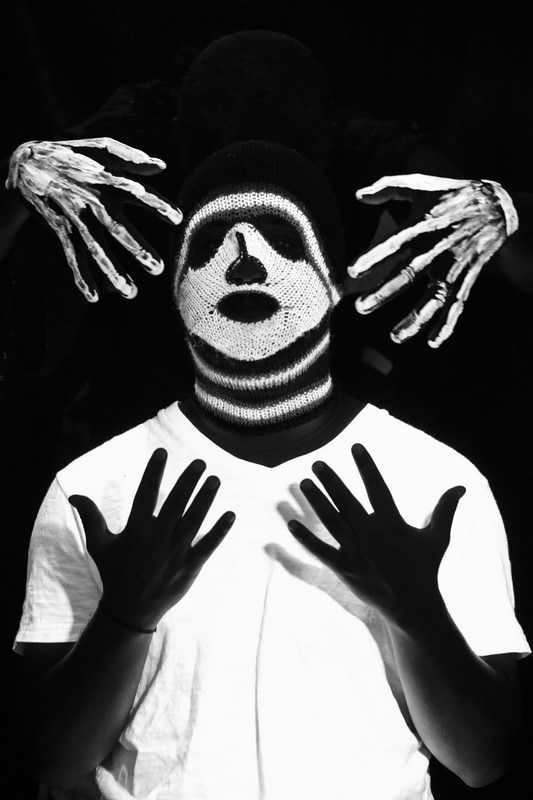 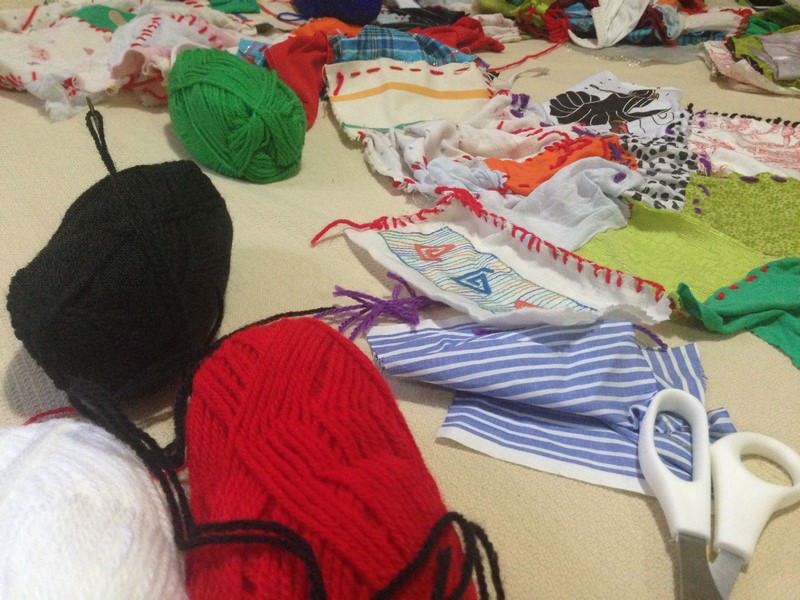 Previous: “How about an upgrade?” by Giovani de Arruda Campos
Next: Exhibition "DRAWINGS of scene # 1", at Sesc Pinheiros, brings parallel programming courses and Lecture with Vera Hamburger