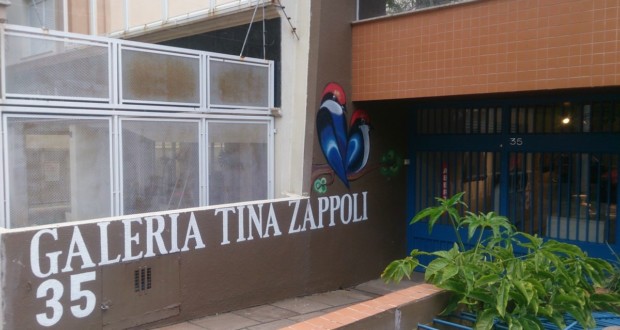 For the tenth consecutive year, Galeria de Arte Tina Zappoli, Porto Alegre / RS, promotes your Christmas Action, conducting a raffle which will be drawn three works of its collection, signed by its represented artists.

The value of each number has not been reset this year and continues to be R $ 50,00. As happened in previous editions, the entire amount collected will go to the Educandário SAINT JOHN THE BAPTIST, the Capital-philanthropic institution created in 1939 serving free about 180 children and adolescents with multiple disabilities. Especially in recent times, the organization faced many difficulties with the transfer of public funds.

To purchase raffle numbers and contribute to the Action, just get in touch with Tina Zappoli, the various communication channels Gallery. The draw will be held on the evening of Monday, day 2 of december (2/12) - when space celebrates birthday 38 acting in the city -, Closed event for guests, artists, supporters and representatives of the beneficiary entity. The result will be announced later.

Donors artists are the painter Denise Iserhard Haesbaert, the sculptor Itelvino Jahn and photographer Marinho Neto, showing their work in the current exhibition site, “No way back”. The works in the draw can be viewed in the invitation attached and directly on site, from Monday to Friday, from 12:00 to 6:00 pm.

TINA ZAPPOLI GALLERY- Founded in 1981, Initially he devoted himself more to modernist artists established in the 20th century. Immediately, was acquired a more contemporary character. Throughout its history, had the privilege of circulating nationally with the work of Iberê Camargo, artist who represented until his death, in 1994. After that, the gallery was, slowly, introducing a collection of Brazilian Popular Art, one of the passions of their owners: the Marine photographer and gallerist Tina Zappoli, partner-founder of entity. Today, blend harmoniously with originality in the South of the country-folk art with modern and contemporary art. 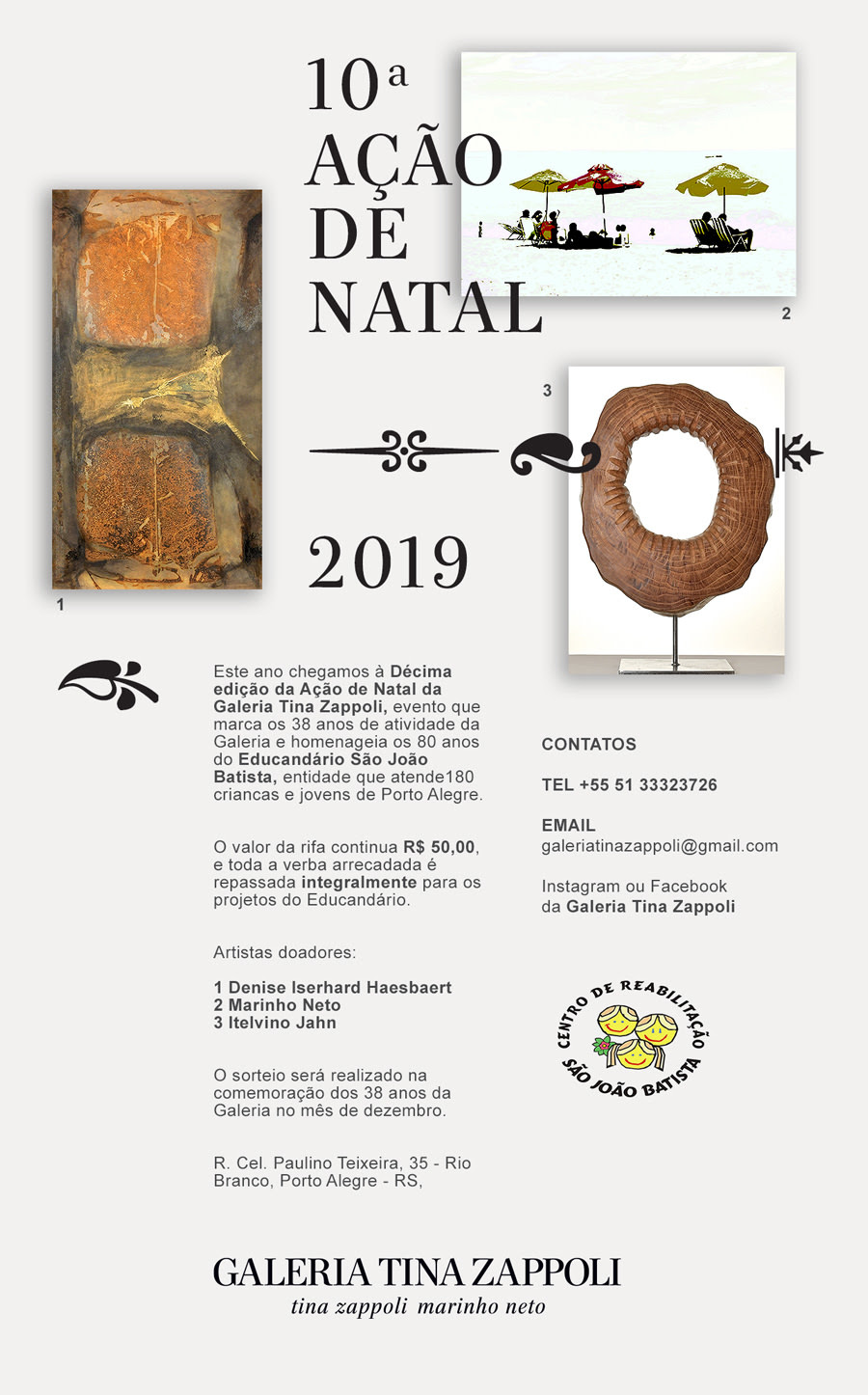 Previous: 'Universe Maori in Nanjing' in Flamengo
Next: Romance shows the consequences of a broken heart