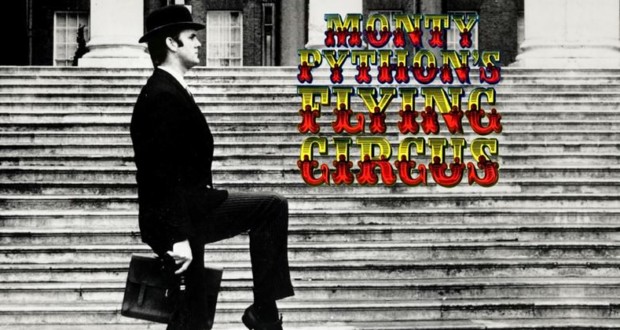 Serie, shows and movies of the Group of British humorists are part of the package
available from day 15 October

The Globosat Play – platform that brings together Globosat channels on demand and live – will be available from the day 15 October exclusive content of Monty Python, famous comedy group the years 60 that inspired the genre non-sense even in Brazilian programmes like "Casseta and Planet Urgent!"and" pirate TV ", and also in the American Saturday Night Live. The content will be available in Live Play.

Fans will still be able to check out the "Monty Python's Personal Best", a series of programs that show the best skits from "Monty Python's Flying Circus" according to each Member of the Group: Eric Idle, Graham Chapman, John Cleese, Michael Palin, Terry Gilliam and Terry Jones!.

The Globosat Play is a service of Tv Everywhere developed by new media area of Globosat, providing content on the programmer to channel subscribers, through fixed computers, laptops, Xbox game consoles and mobile devices like smartphones and tablets.

Today there are more than 10.000 hours of attractions offered every month, displayed by the GNT channel, Sportv, Multishow, +Globosat, Bis, ALIVE, Channel OFF, Gloob, Telecine, Universal Channel, Globonews, Channel Brazil, Megapix, Combat and Premiere. You can watch live channels (simulcast) and also on demand – the main programs of the channels are available in catch-up (soon after his display on TV).

To have access to the service, simply register on the website of the pay-TV operator and use the same login and password to view the contents. Globosat Play applications can be found and downloaded for free in stores: Apple App Store (iPhones and iPads), Google Play Store (tablets and Android smartphones) and Xbox Live Store (Xbox 360 and Xbox One).

Aimed at the adult audience, the entertainment channel displays Brazilian TV classics and rescues the affective memory of the viewer through beloved characters from tv programs and record of hearing. Are established content, as novels, humorous and musical, In addition to international attractions and own productions. Are also displayed “More You”, “Stars”, “Caldron of Huck”, and “Video Show” in alternative to the Globe times.

Since may, VIVA is also broadcast in real time over the internet. Access is offered at no additional charge to clients of partner pay TV operators. To watch the channel over the internet, users of Globosat Play can access the site (on computers) or through the applications for tablets and smartphones – ipads, iPhones and Android devices. Authentication is done with the user name and password registered by the pay-TV operator of the Viewer.

Previous: The Red-fan Parrot Cia de Dança puts focus on jazz and Daniel's debut, directed by Edy Wilson, at Teatro Alfa
Next: Portraits of the Ataíde and Aleijadinho by Elias Layon