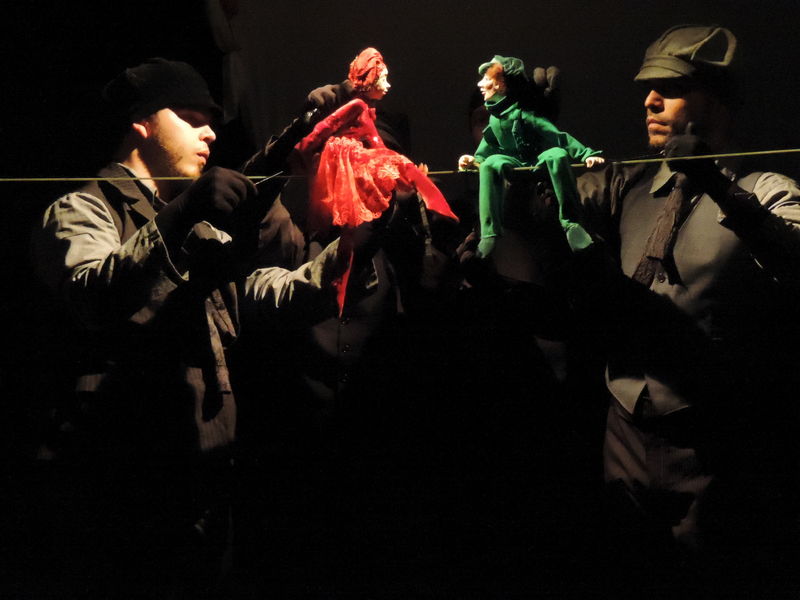 Lord of the Storms. Photo: Disclosure.

The Theatrical Group Auto-parts promotes 17 to 19 February, at the Teatro Curitibanas Novels, the workshop "Theatre Laboratory from the Double", back to training for actors in the art of puppet theater. The workshop, from 14h to 17h, is free and open to actors and non-actors, aged as of 14 years. Is given by a professional actor and Director Guto Scheremetta.

The goal of the "Theatre Laboratory from the Double", In addition to form an actor for the puppet theater, is to provide the participant the basic knowledge of all funds invested in theater. The workshop prepares the student/actor to be on stage with a conscience, body resistance and vocals, and also working the vital impulses along with knowledge and mastery of the techniques required for theatrical achievement.

Adivisor, Guto Scheremetta graduated in 2007 at the Faculty of Arts of Paraná, in the course of degree in Theatre. He was professor of public schools, taught courses in theatre and television in Mink Cast and Management in Curitiba and guides all the workshops promoted by Theatrical Group Auto-parts over five years. Is a professional puppeteer, performing works of making dolls of minors to Giants. Has your career over 30 mounts of shows with full participation in its construction.

After the workshop, the Auto-parts group will present, in the days 20 and 21 February, at 3:0 pm, in Curitibanas Novels, the play "the first adventures of Don Quixote de la Mancha and his faithful squire Sancho Panza", yarn marionette technique and direct manipulation.

Previous: Cancer (The cure of 50 Years) and the architecture of Norman Foster in the session + Philos Globosat
Next: Group gathers to chat about art, mass culture and Carnival