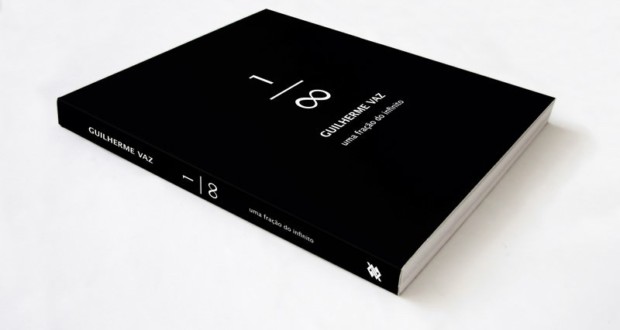 Book-catalogue about the trajectory of the multimedia artist Guilherme Vaz that brings together an overview of the life and work of one of the most complete Brazilian artists.

The book will be released with a debate between the Trustees Franz Manata – the curator of the exhibition -, Marisa Flórido Caesar and Luiz Guilherme Vergara. They share aspects of artistic production, with emphasis on the role of William in the introduction of conceptual art and soundtrack in Brazil. 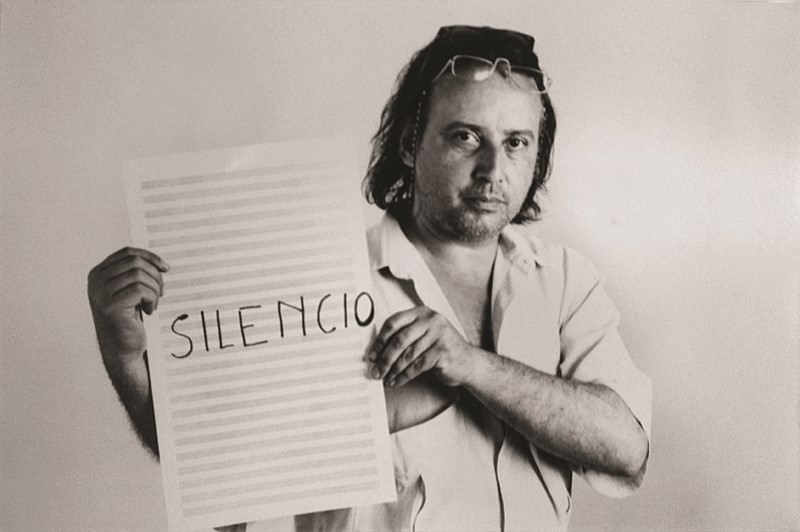 “Guilherme Vaz-a fraction of infinity"is the title of the book and retrospective exhibition of 50 years of work of multimedia artist, experimental musician, Maestro, thinker and member of the Vanguards of the years 1970, at CCBB-River to 4 April. The exhibition brings together 41 works that contemplate the various props used by the artist, as the installation, sound objects, instructions, drawings, sheet music, performances and part of your music production. To mark the launch of the Edition will be held on Wednesday, 24 February, às 18h30, in the Auditorium of the CCBB-Rio, on the fourth floor, a debate between Franz Manata, Curator of the exhibition, Marisa Flórido Caesar, art criticism and Luiz Guilherme Vergara, Director of MAC Niterói. Will be addressed aspects of the artistic production of William, highlighting its role in the introduction of conceptual art and soundtrack in Brazil.

The bilingual edition of the book (Portuguese-English), with 320 pages, offers the reader a comprehensive overview of the work of Guilherme Vaz. Organized chronologically, presents important curatorial practice, Guest critics, texts of the artist, papers and records of the works on display at the show, In addition to a rehearsal of the photographer and artist Pedro Victor Barrios on exposure.

The texts of the curator Franz Manata dealing with the construction of the artistic thinking of Vaz; the first, called "the wind without master", is an essay that seeks to understand the construction of your thinking, associated with aesthetic issues of her time; a second, in partnership with Gaius Neves, Assistant Curator, titled "I am what I can be", puts the artist in the foreground, and was produced from their oral and written production; and, in the third text "curatorial Notes" curator shares his research process, Organization of work and the routes that led up to the shows presented and the edition of the book.

Among the authors present in the book are Marisa Arts critic and historian Flórido Cesar, with an essay on the formation of contemporary art among the 1965-75; Suzana Reck Miranda, the first soundtrack of musique concrète in Brazilian cinema – created by Guilherme for the film "hungry for love" by Nelson Pereira dos Santos – and its importance to the cinema; and still the essay written by the musician, composer and philosopher j.-P. Caron about the trajectory of the conductor William Vaz. 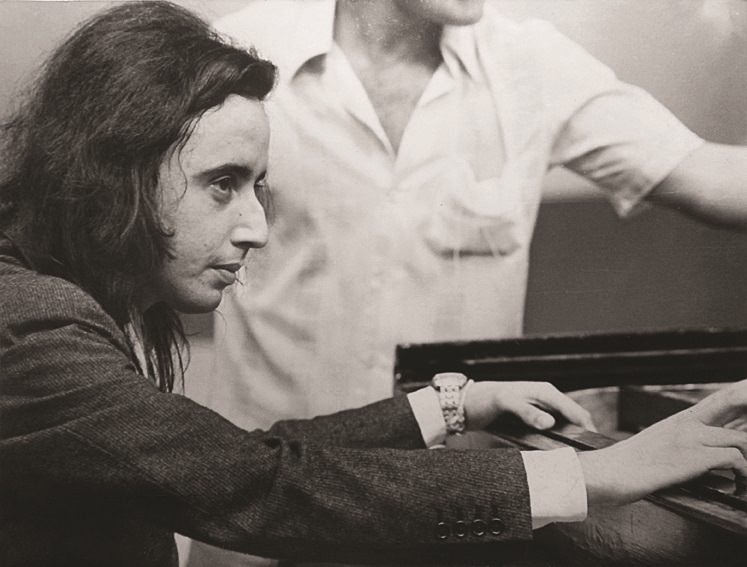 The artistic career of Guilherme Vaz begins in music. During the years 1960, He participated in the free jazz group Calmalma. Photo: Disclosure.

The exhibition "Guilherme Vaz-a fraction of Infinity" offers the public the opportunity to meet 50 years of production of one of the pioneers of conceptual art and soundtrack, responsible for introduction of musique concrète in Brazilian cinema. Admission is free.

In its first major exhibition are shown 41 works that contemplate the various props used by the artist, as the installation, sound objects, instructions, drawings, sheet music, performances and part of your music production. “Guilherme Vaz: a fraction of Infinity " stresses the importance of the work of this artist in the panorama of culture and leave behind a set of texts, documents and images to the memory of art in Brazil.

Divided into two large rooms that occupy the second floor of the institution, the exhibition presents a route that articulates in such a way as to complement the show a fraction of infinity William stage.

In the first room, the experience of William in the interior of Brazil, where he developed works of anthropology, Visual Arts and music with prehistoric South American indigenous peoples Zoró-Panganjej, Ikolem Hawk and parrots. The public can meet near a set of paintings held with the Indian Carlos BedurapZoró, the Hawk tribe-Ikolem, of Rondônia, that the artist reproduced, in the tissues supplied by William, their body painting. More series Burning soil, por16 composite pictures made with an amateur camera in 1999, in which children of the tribe Ikolem Hawk are in front of a pile of coal from the jungle, within the Office of the society Pro-Arte, in Ji-Paraná, Rondônia.

The harmonic concert video Music in Manaos (2004). Directed by William and under his Regency, the Belarusian Philharmonic Orchestra joins the indigenous ethnicity Ikolem Hawk, at the Teatro Amazonas. The registry is a partnership with your friend, filmmaker and documentarian Sérgio Bernardes (1944-2007). In another video, A fraction of infinity,held in 2013 in partnership with the Office Table, William establishes a dialogue with Charles Darwin to redo, symbolically, the road traveled by British naturalist in the city of Niterói. A sound theater where the maracas "trigger" the forces of nature.

The account space, yet, with two sculptures: an unprecedented Totem of maracas, composed of hundreds of units of the Indian instrument, reflecting on learning with the indigenous universe, and Garden without name, an installation with pebbles that, According to the artist, It's a metaphor about the universe of art, his own story is like a giant river in which artists are pebbles arranged along the way.

The second room presents the production of William as multimedia artist, experimental musician, Maestro, thinker and member of the Vanguards of the years 1970. His research in the field of musical notation (conventional sheet music, balizamentos graphics, the film ratings and scores as performance), the sound installation Crude oil, that comes from his research on what he defined as "body music" started in the eighth Biennale de Paris, in 1973, still under the name of Raw. In its first version, the work was done so when the artist was extracting acoustic sounds directly of architecture. Already from the presentation of the 7th Biennial of MERCOSUR on 2007, It incorporates microphones and amplifies the sound in space. In the current version, the artist invites the public to experience. Is also presented a acusmática installation composed of instructions designed for the exhibition of conceptual art "Information", held at MoMA NEW YORK, in 1970. The CCBB the artist invites the public to follow a corridor with the instructions, now in Portuguese. Still in this room the curator highlights the partnership of William with the filmmaker and documentarian Sérgio Bernardes, in two video installations: Amazon (2006) and Atlantic Forest (2007).

The exhibition has a illustrated chronology, that addresses the life and the course of Guilherme Vaz and a vast set of documents, works, videos and audio files for public interaction.

He edited several works on CD with the label OM Records: the wind without master (2007), Symphony of the air (2007), La Virgen (2006), Unknown gods (2006), Angel on the Green (2006); The storm, El arte, People of ares, Der HeiligueSpruch (2005); The original night-Die SchopfungsNacht [Die Windeuber der Meer amAnfgang der Welt] (2004); Symphony of fire (2004); The man running on the Savannah (2003), all of them released in the Niterói contemporary art museum (MAC). Published the Symphony of water lines from Goiás (2001), a book that brings together some of the deepest sound conjunctions, archaic and significant central Middle South America.

Guilherme Vaz and the cinema

Synopsis: Comments on aspects of his musical work, highlighting its role in the introduction of musique concrète in soundtracks of Brazilian cinema.

Guilherme Vaz and the music

Synopsis: Comment its production as a conductor, his relationship with the aesthetic aspects of classical music and its relation to the formation of the Brazilian cultural identity.

Previous: How appears the Surreal Work by Rosângela Vig
Next: Free children's shows are options for children