The Brazilian House Museum, establishment of the Secretariat of culture of São Paulo State, features, in partnership with the Instituto Embraer, the universe of creation of national design for artifacts designed to fly. As an institution dedicated to issues of design – with which search contribute annually through the MCB Design Award – brings, through the shows brazilian aviation design, the success of Embraer S.A., You bet, Since your Foundation in 1969, the innovative potential of engineering and national creativity. The opening is 1st of June, at 7:30 pm with free entry, and the exhibition will remain on display until 20 August.

"As the only Museum in Brazil dedicated to issues of design, the opportunity to show this brazilian tradition and bring the trajectory of Embraer's success to the general public is an important moment to strengthen the Mission of the institution ", comments the Director General of the MCB, Miriam Lerner.

The performance of the vanguard of Brazil in aviation is a highlight for Paulo Cesar de Souza e Silva, the Chief Executive of Embraer. "The aviation industry is part of a highly competitive global environment, challenging and intensive demand for technology and innovation. The Brazil has historically stood out for transforming science into design that influence industry trends. It is a satisfaction to be able to contribute and be inspired with this story ", complete. 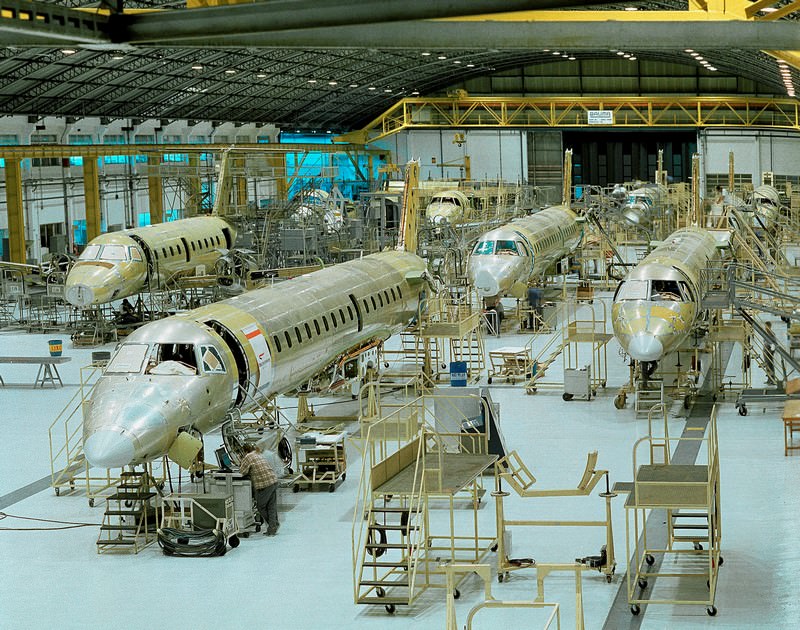 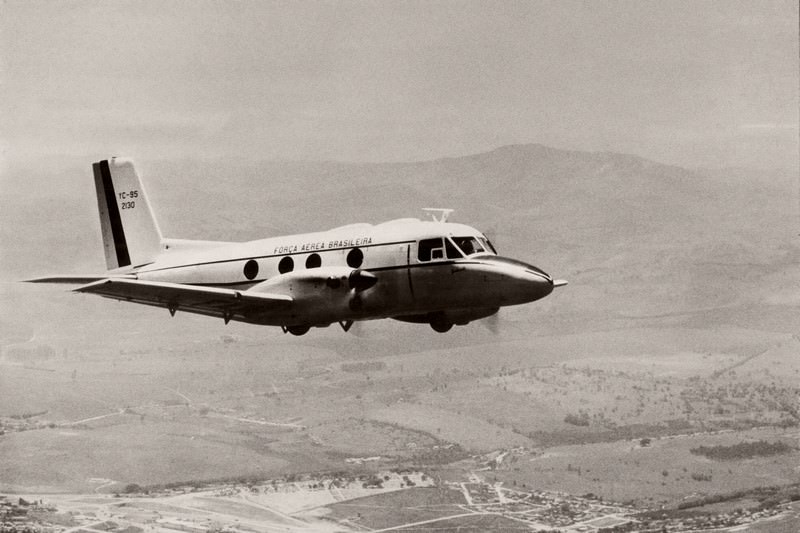 The creator of the exhibition, Architect and artist Guto Lacaz, already conceived for the MCB to shows "Saints = Dumont designer" (presented in two editions, 2006 and 2009). He is the pioneering scholar of Santos Dumont and aviation enthusiast and the dream of man to fly. "We seek to strengthen Brazil's aviation tradition", Guto Lacaz says, "since the ' Flying ' Priest Bartolomeu Gusmão, Brazilian inventor of the hot air balloon in 1709, passing by Santos Dumont and the experiments leading up to Embraer. This is an exhibition of high aesthetic value and technology ".

Created for world gliding competitions, the Urupema glider, in scale 1:2, Opens the exhibition in the gate of the Brazilian House Museum. Designed in 1963, This glider made of wood and epoxy resin was created for world gliding competitions. In the garden of the Museum will be two full-size models: the A-29 Super Tucano (PK 314), turboprop light attack and advanced training, and the flying machine by Leonardo da Vinci, built especially for this exhibition to be tested by the public, engaging the wings from the pedals.

Entering the Museum, a timeline presents the history of brazilian aviation with three-dimensional models of scale aircraft 1:50, since 1709 to 2017, showing airplanes produced by stand-alone initiatives and other companies, In addition to all the series created by Embraer. 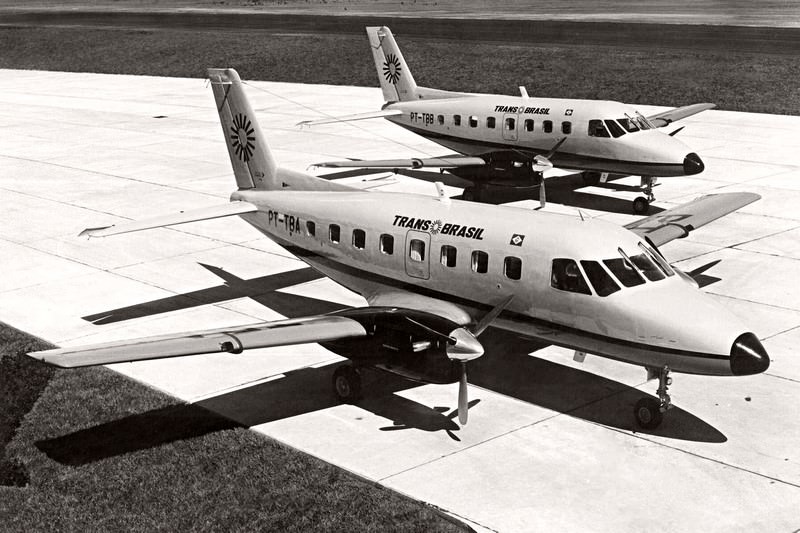 The first two aircraft EMB 110 Bandeirante, prefixes EN-TBA and EN-TBB, the company Transbrasil, in the courtyard of Embraer. Photo: Disclosure. 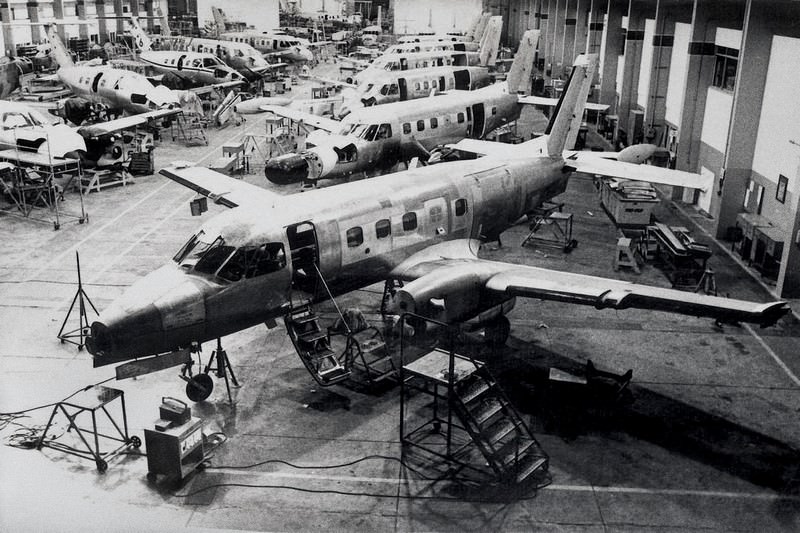 Assembly line. In the foreground, the construction of the aircraft EMB 100 Bandeirante. Photo: Disclosure.

The first room is dedicated to the design process of aircraft, Since the preparatory drawings of planes made by hand on parchment paper, until the project virtual systems, including testing videos, models and photographic documentation. To represent the flight support for the aerodynamics and the efforts of the wind, Guto Lacaz prepared a model with fan that can be fired by the public, making floating a piece of wing.

The central space of the Museum presents pieces in real dimension, combining components of aircraft with smaller models of the plane complete, offering to the public a scale and experience of aeronautical technology, with large images of assembly lines. Between a turbine pioneer (PK 110) and a commercial jet landing gear ERJ 145, the section of the fuselage on aircraft regional commercial court, with interior test.

The visitation is complete with a virtual reality experience, through projection and a simulator that lets you explore the inner space of the model KC-390, new multimission military aircraft of Embraer. 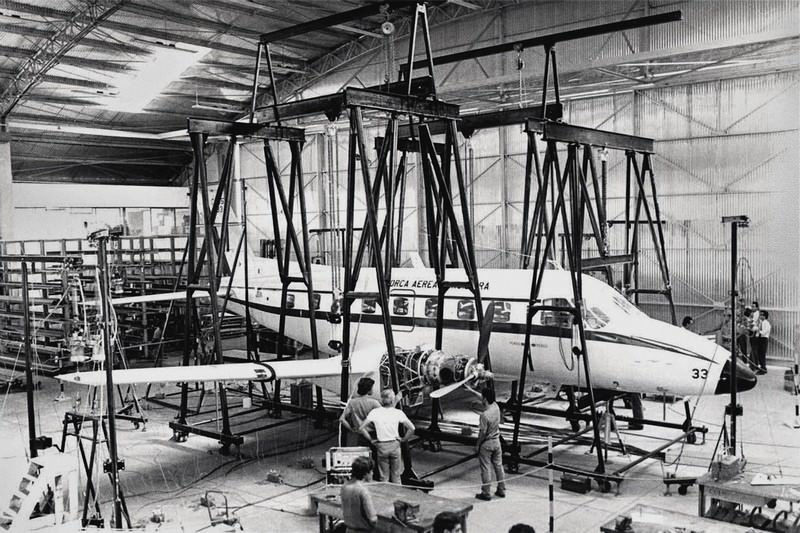 Side view of the aircraft EMB 100 Bandeirante, numbering 2133, at the end of Assembly. Photo: Disclosure. 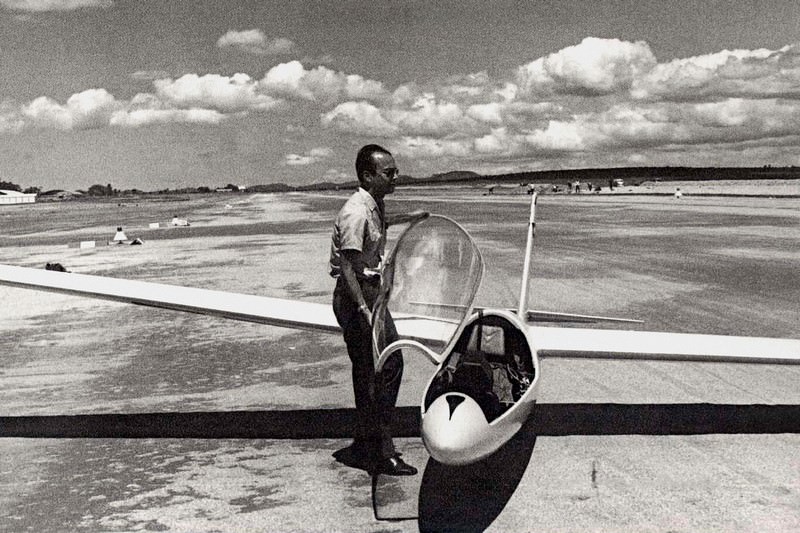 Employee next to the aircraft EMB 400 Urupema, with the cabin glass in hand, in the courtyard. Photo: Disclosure.

"With this exhibition, in that technique, and invention are at the service of man, the Museum seeks to expand the understanding of design production, that is able to defy gravity and lower borders ", concludes Giancarlo Latorraca, Technical Director of the Brazilian House Museum.

According to Mariana Light, Superintendent Director of the Embraer Institute, This great cultural action reiterates the commitment of the Institute to preserve the memory of the sector. "To highlight the importance of researchers, inventors, Brazilian designers and engineers for the development of the global aviation industry, We seek to disseminate the national aviation history, as well as inspire young people to discover and explore this universe. " 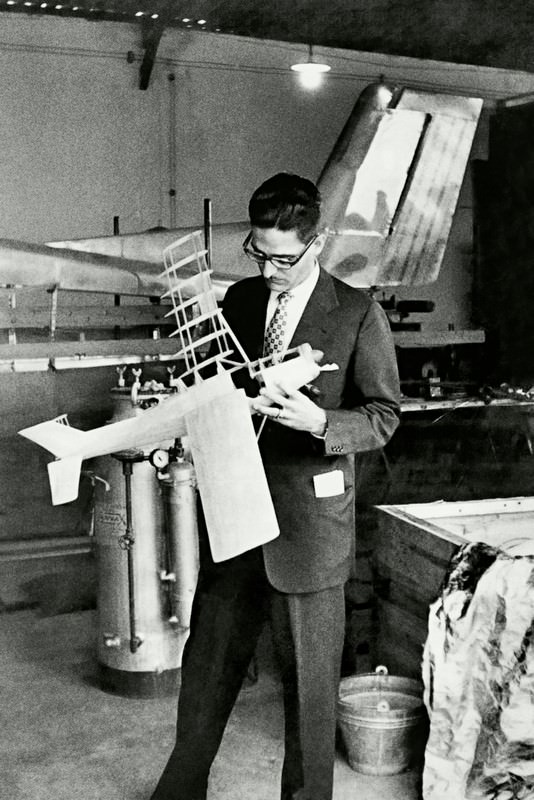 About the Brazilian House Museum

The Brazilian House Museum, establishment of the Secretariat of culture of São Paulo State, is dedicated to the preservation and dissemination of the material culture of the brazilian House, being the only Museum in the country specializing in architecture and design. The MCB contemplates temporary and long-term exhibitions, with an agenda based on discussions, lectures and publications that contextualize the vocation of the Museum to the formation of a critical thinking on subjects like architecture, urbanism, housing, creative economy, urban mobility and sustainability. Among its many initiatives, The MCB Design Award, the main thread in the country, held since 1986; and design houses of Brazil, rescue and preservation of memory about the rich diversity of living in the country.

On the Embraer Institute

The Embraer Institute of education and research was created in 2001, with the goal of investing private capital of Embraer in programs focused on education. The initiatives are based on three fronts of action: education, engagement with society and preservation of memory. The initiatives are conducted in a manner aligned with public authorities, local partners and volunteer employees engaged. There is also increasing participation of local communities in the definition of strategic priorities, through public consultations and opinion polls.