Othello, Shakespeare character, have your story portrayed in «Brasilian» in the play "Othello and the blonde of Venice or the pancadão of betrayal", of CLA patchwork Canvas, that will be staged in the Amphitheatre of the Sesc Sorocaba the day 11 November, on wednesday, at 8:0 pm. Admission is free.

In the plot, a group of street vendors account as is the daily life of Othello, that the play is a Brazilian hero, following the political career, who betrays their values and their peers. In an atmosphere of intrigue, handling, jealousy, passion, betrayal, criticism and death, the company investigates the theme of inhumanity, playing in fairly current affairs, as the issue of racism in the country.

The character Othello pincela a scenario in which Brazilian society deals with its heroes and the representation of its origins, with the inevitable black figure, that is denied his place. The creation of the costumes go together with the interpretation, valuing in staging the moments when the story is being narrated and "manipulated" by street vendors, in parallel to the events of the life of the protagonist. On the soundtrack, the group uses music from Wilson Simonal and jingles from political campaigns of decades of 1980 and 1990. 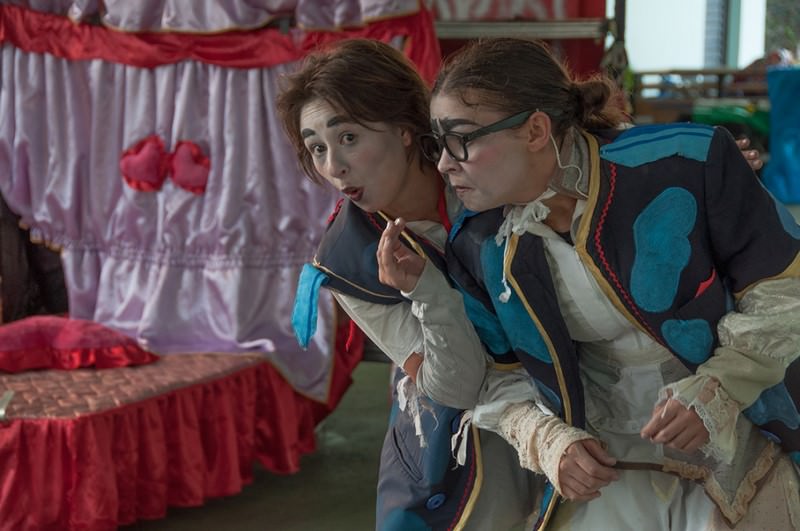 Play "Othello and the blonde of Venice or the pancadão of betrayal". Photo: Sueli Aparecida de Almeida.

The basic material used by the group for the design of this show are: "Othello, the moor of Venice, by William Shakespeare, "Auto da Paixão" by Luis Alberto de Abreu, the master thesis of Carlos Tadeu Lira Vieira "Brazilian Identity of Othello: the moor of Venice between us ", presented in the Masters program at the Universidade Federal de São João Del'Rei, in August 2011; the bibliographic book "no more – the life and the poison of Wilson Simonal", Ricardo Alexandre author, and the documentary "blue eyes" sociologist Jane Elliot, a teaching experiment on the bias, in particular the racial prejudice; In addition to movies – documentaries like Zeitgeist, "Beyond Citizen Kane, "Crisis is our business" and "Wilson Simonal, no one knows the tough it was". 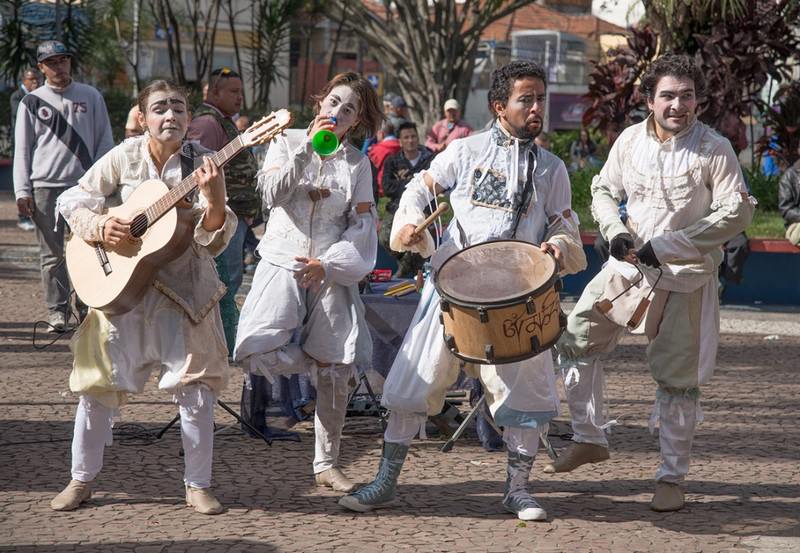 Play "Othello and the blonde of Venice or the pancadão of betrayal". Photo: Sueli Aparecida de Almeida.

The CLA patchwork Canvas born in 2006 the partnership between two actresses who worked as clowns in a project of hospital humanization in São Paulo: Carina Prestupa and Thais Póvoa. "Waiting for Gordô" is the first show of the company, freely inspired by the characters of the book "waiting for Godot", by Samuel Beckett. The second show, inspired by "Horatii and Curiácios" of Bertolt Brecht, It's called "the incredible battle for treasure of Laduê" and have been playing in São Paulo, capital & interior, and Brazil.

The CLA patchwork Canvas received the awards for best soundtrack and author revelation in Femsa Prize of children's and young Theatre 2009, with its two performances, and was nominated in five other categories, including the best children's show with "waiting for Gordô". The Group was also awarded by the State Government of São Paulo, through the Cultural action program, and attended by thousands of people in the inner cities and the baixada santista in 2011.

The group develops a project of hospital humanization, lectures and campaigns of various themes for hospital employees in healthcare, workshops and theatrical training courses. Learn more about the history of the Cia in patchwork Canvas: www.cialonaderetalhos.com.

Previous: Film "Mississippi burning" will be displayed at Sesc Sorocaba
Next: Anime and homage to the centenary of Kon Ichikawa Cinematheque programming on