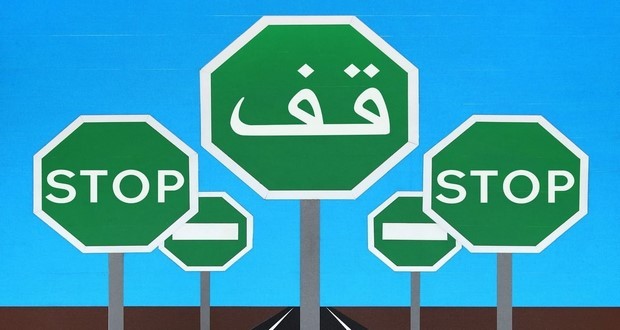 São Paulo, June 2019 – Between the days 27 June and 15 July, the artist Houssein Jarouche presents the solo exhibition "Life Signs" in Taglialatella Gallery no Chelsea, in New York City. The new series of Jarouche is the culmination of a semantic vocabulary he has been building in recent years. Therein the adhesive tapes for their obsession, main element that connects to the pop universe, direct communication and the semiotic character demonstrate a clear questioning of current conflicts and historical issues in the Middle East, his homeland and elsewhere.

In this work, the artist links a arabesques research associated with slogans and peace. Are collages that refer to the pamphlet serigraphs political content, very common figurative vanguard in Latin America's decade 1960, but at this point shows current facts of global society and its complexity.

The hexagonal element is the focus of this series, that to be abstracted and displaced from its role as base decorativeness, primary element becomes universal signaling. With slogans, the artist draws attention to the awareness of the reality we live in today. Merging eastern geometry with an imagery construction of Western pop art, there is a strong demarcation of geopolitical thought and critic Jarouche in the works, which has its origin in the foundation while the counterpoint of his aesthetic vision. 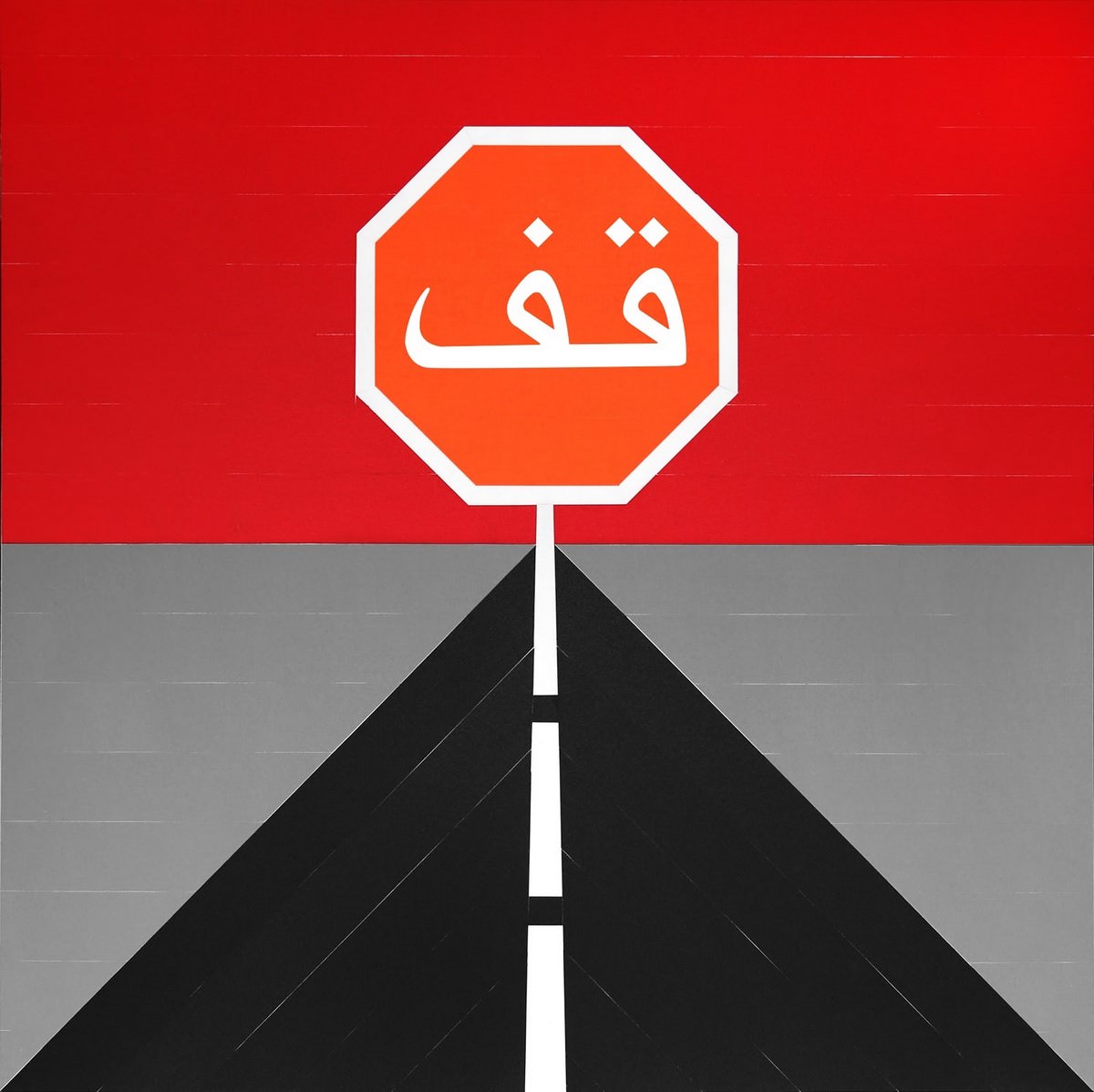 Drinking source of Islamic art with its tendency to abstraction, the artist originated as a subtle transgression, breaking paradigms and opening dimensions, which was soon to become the key point of his stylistic work.

His art synthesizes his biography, in which its origins live actively and in harmony with the Western world. According to historian Ibn Rashek "Arabs reserve for themselves the art of the verb" and it is exactly this point that connects the two universes, the word, its symbols and signs. A Jarouche Art privileges or lexicon, the tape is printed with words, is in the silkscreen or collages. The message is of a contemporary man aware of his time. 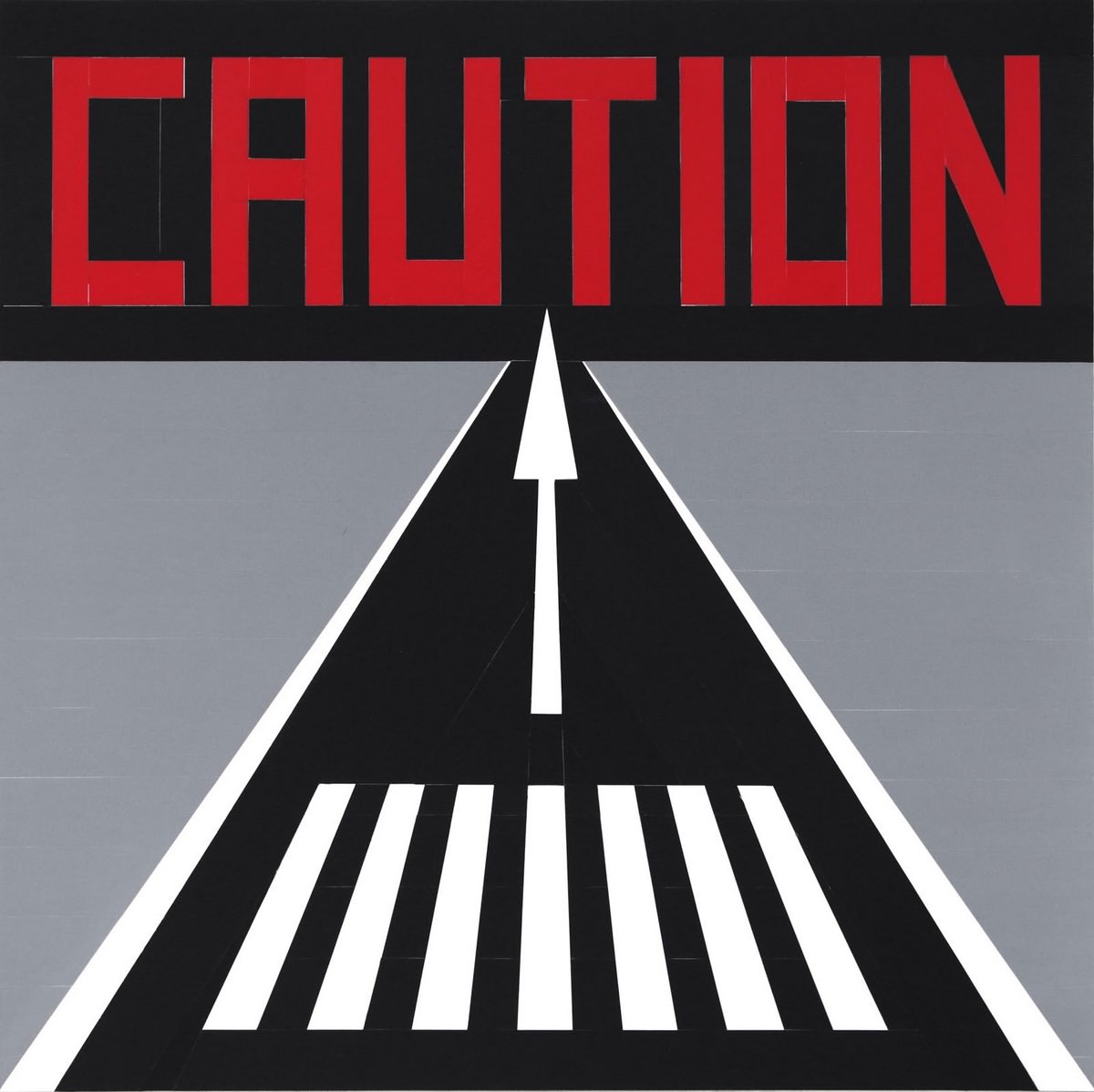 Houssein Jarouche (São Paulo, 1973) He started this aspect of his work exploring the use of adhesive tapes for repairs. Apply them in different media, from worn coverage, they needed repair, cracked floors and even holes in the walls. Even made interventions in securities as tables and chairs. Realizing that the material melts naturally with any surface, He began experimenting on various platforms such as paper, formica, aluminum, among others. Making a completely manual work, geometric arrangements, Notable in its production, They have been enhanced through perspective studies and design, sometimes inspired by Islamic geometric patterns, often inspired by Neoconcretism establishing direct connection to their past and present cultural. The artist also makes collaborations in pop art with pseudonym H73. 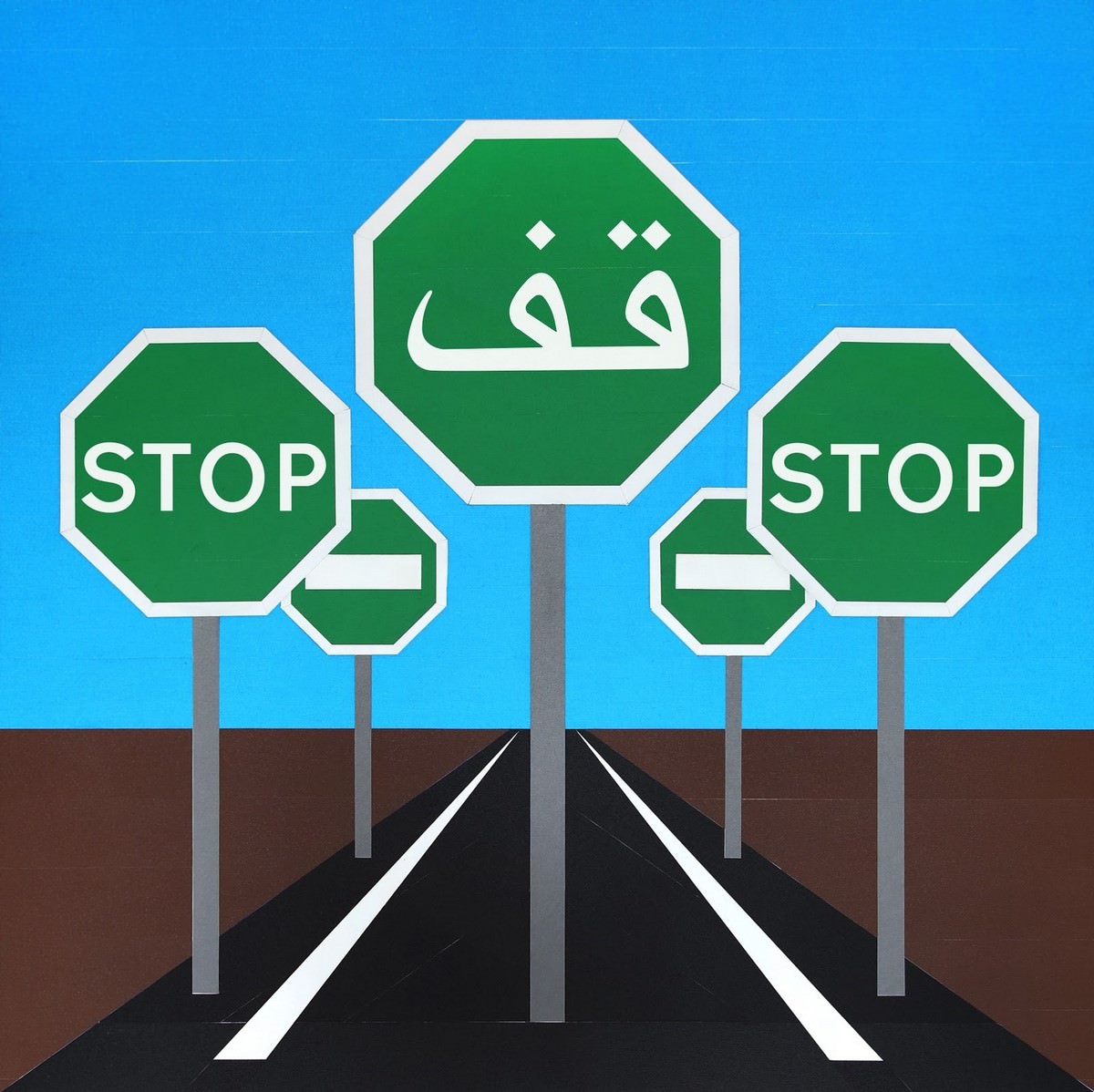 Since Dominic J. Taglialatella opened his first gallery in 1978, Taglialatella the brand has been synonymous with modern and contemporary art, offering expertise in various genres and specializing in pop and street art movements.

With four decades of success, the Taglialatella expanded to locations in New York, Palm Beach, Paris (France) and, more recently, launched a site in Toronto (Canada) in partnership with Charles Khabouth and Danny Ruler of Ink Entertainment. The Taglialatella Galleries has hosted many exclusive events for corporate and creative brands over the years, including the recent launch party of Jimmy Choo x Off-White during New York Fashion Week in February 2018, boasting an impressive list of celebrities.