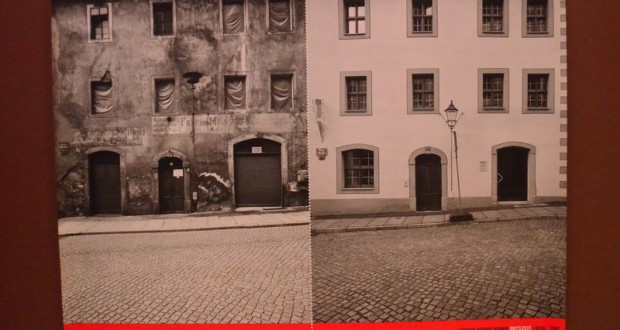 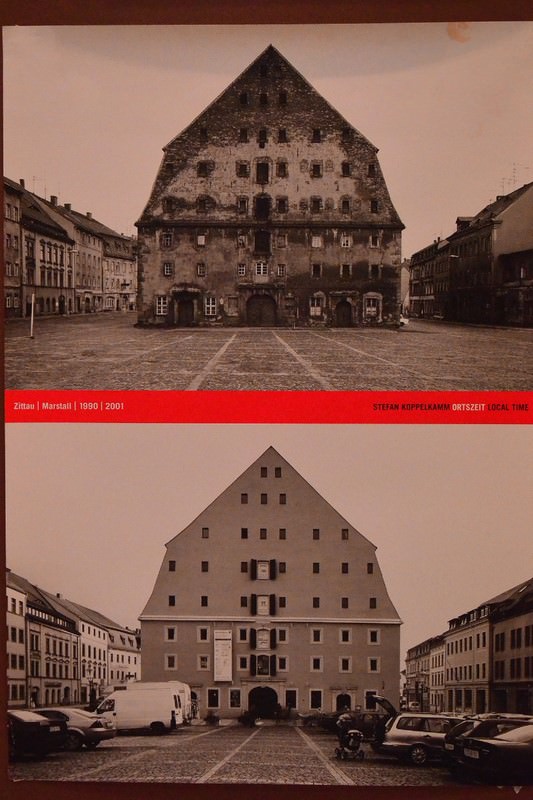 The German Cultural Institute (ICG) promotes the German language week, in Niterói and Rio, with a number of free attractions, gathering food, cinema, plastic arts, lectures and music. Organized by the embassies of Germany, Switzerland and Austria, the event takes place between 25 and 30 April, and intends to spread the language and the diversity of the culture of German speaking countries.

One of the attractions will be the exhibition ‘ Ortzeit – Local Time ’, that presents images, in black and white, the German photographer Stefan Koppelkamm in two times. He produced photos of urban scenes and representative of Eastern Germany after the fall of the Berlin wall, in 1990 and 1992. And twelve years later, Stefan came back to the same places and photographed exactly the same angle. The show brings the changes suffered in the region over time. The opening takes place on the day 25, at 8:0 pm, Lasalle art gallery – Unilassalle, in Santa Rosa. The exhibition can be read from 26 April to 6 de Mayo, from 9:00 to 8:00 pm.

During the opening of the exhibition, turns out the presentation of the singer and voice teacher in the Conservatory of music of Rio de Janeiro, Luciana Lazulli, with a repertoire of songs in German. On the same day, at 18h, the chef Harald Engelbart promotes workshop on contemporary German cuisine, in the Auditorium of the Unilassalle.

The ICG also takes place on the day 25, at 4:00 pm, in the Amphitheater of the University Unilassalle, the special session of Kinoklub, that performs monthly exhibitions with a focus on German culture. In this edition, the public can watch the film Vitus, Swiss Director Fredi M. Murer. The feature will be presented also in ICG branch of Icaraí in day 28, at 19h, and da Tijuca, on 29, às 18h30. In these two sessions there will be chat with the guest speaker To Geuss, Postdoc in human geography from the Fluminense Federal University (UFF) and a master's degree in Anthropology from the free University of Berlin.

German week will feature a roundtable discussion, on 26, at 19h, to discuss the scope of the German language and his cultural contribution in Brazil and in the world. Subjects such as professional expertise in Germany will also be addressed by invited Monica Maria Guimarães Savedra, German language and literature teacher at UFF; Nader Maia, ICG student who lived and studied in Germany; Nadine Leptich, German teacher invited, and Daniel Cecchetti, former student of the ICG which also lived and studied in Germany.

The ICG promotes, yet, on 27, at 6:30 pm, German experimental classes, open to the public, for beginners, with ICG's teacher Mudassir Alberto, formed in Portuguese/German Lyrics by UFF. At 7:30 pm, on the same day, a lecture on opportunities to Exchange in Germany.

Day 25, at 4:00 pm, special session of Kinoklub with screening of Vitus, on Unilassalle.

Day 25 April, at 8:0 pm, Vernissage of the exhibition ‘ Ortzeit – Local Time ’, with the presentation of the singer and singing teacher Luciana Lazulli, on Unilassalle. The exhibition can be visited from 26 April to 6 de Mayo, from 9:00 to 8:00 pm.

Day 26, at 19h, round table discussion on the scope of the German language and its cultural contribution in Brazil and in the world, in the ICG branch of Icaraí.

Day 27, às 18h30, German experimental classes, open to the public, for beginners, in the ICG branch of Icaraí.

Day 28, at 19h, special session of Kinoklub with screening of Vitus, in the ICG branch of Icaraí.

Addresses: The Unilassalle is Rua Gastão Gonçalves, 79 – Santa Rosa – Niterói. Already the ICG branches are in Avenida Sete de Setembro, 131, in Icaraí – Niterói, and on the street Professor Gabizo, 334, in Tijuca-Rio.

Previous: Curitiba will receive the first meeting of Urban Sketchers of Brazil
Next: The nature of things-Pablo Lobato