Home / Art / Inspired by 'The Slum', musical 'Bertoleza' gives voice to black women and debut at SESC Belenzinho in February 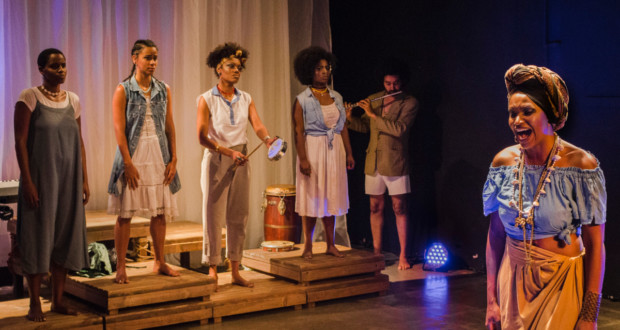 Inspired by 'The Slum', musical 'Bertoleza' gives voice to black women and debut at SESC Belenzinho in February

With mostly black cast, to Gargarejo Cia Theater debuts musical Bertoleza, inspired by the book The Tenement, Aluísio Azevedo, on 7 February SESC Belenzinho. The show runs until March 1, with sessions on Fridays and Saturdays, at 9:30 pm, and on Sundays (IS in the day 22 February), às 18h30.

mounting, with adaptation, direction and music Anderson Claudir, tells the story of naturalist classic Aluísio de Azevedo, Now in view of Bertoleza, a black woman who is so important to the construction of the novel as the very Joao, the original protagonist.

In the plot, opportunistic Romao proposes a society to slave Bertoleza, promising to buy her manumission. They begin a new life together and build a small patrimony formed by a huge tenement, a warehouse and a quarry.

After accumulating considerable capital, the ambitious Joao already does not know how to become richer and more powerful. Poisoned by envious Botelho, he decides to marry Zulmira, Miranda's daughter a Portuguese dealer recently awarded the title of Baron. So that now, for that, You need to get rid of Bertoleza lover, working from sunrise to sunset to fight for equity that they have built together.

For the company, the challenge was to make a century narrative 19 questioned and problematizasse relationships created today. Therefore, the project started in 2015 gained new contours. “We wanted to investigate a Brazilian identity that comes from the African Diaspora and think about how it affects us artistically. Thus, we can create new signs for this generation and give a voice to this peripheral land”, account Claudir. 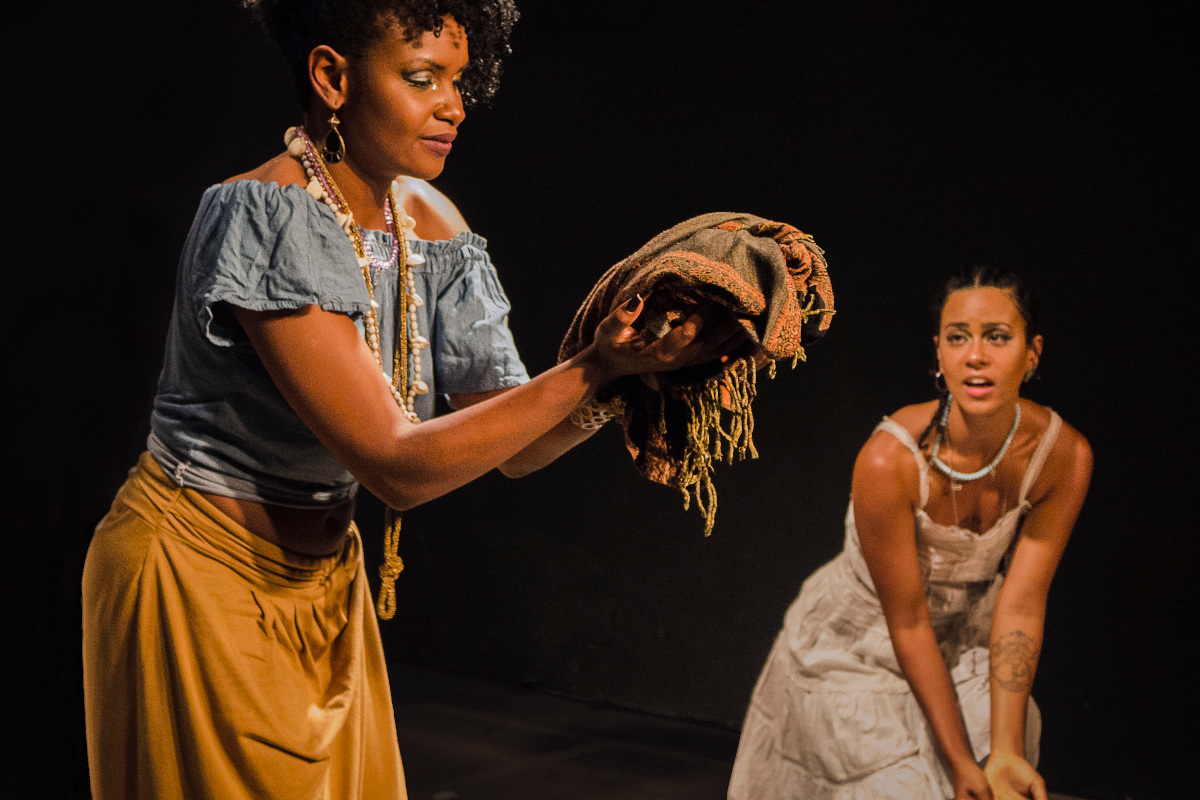 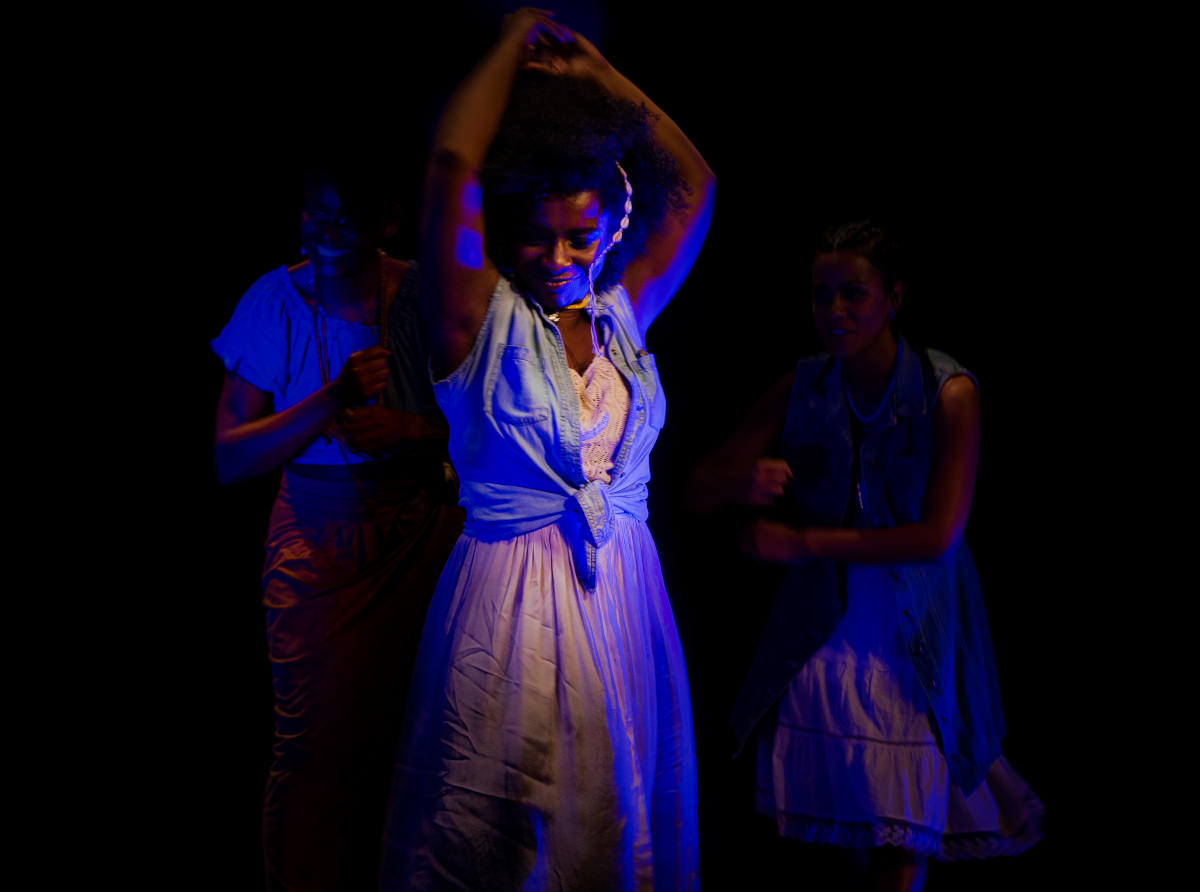 In the process, He sought the collective strength of Bertoleza figure in other Brazilian black women neglected by history. During the staging, the cast recalls the stories of these women, as Councilwoman Marielle Franco, militant black struggle murdered in March 2018; a writer Carolina Maria de Jesus, famous by the book Qinarto Dump: Diary of a slum; journalist and teacher Antonieta de Barros, champion of women's emancipation that was erased from history books; a writer Maria Firmina dos Reis, considered the first Brazilian novelist; and warrior Dandara, who lived and fought in the colonial period.

The protagonist of this story is played by actress Lu Campos, and the cast also has as highlight Eduardo Silva (Botelho), which became known to give life to the character Bongo Castle Ra Tim Bum and collects important theater awards as Mambembe, APCA, APETESP, Moliére e SHELL.

The team is complete with interpreters Taciana Bastos (zulmira), Bruno Silverio (Joao) and the choir members I would Macedo, Caina Naira, David Santoza, Gabriel Gameiro, Matheus France, Palomaris and Welton Santos. The musical direction is signed by Eric Jorge; or dramaturgismo and poetry, by Titian Le Conde; and choreography, by Emilio Roge.

deep relationship between life and work

“Bertoleza is an inspired character in so many stories of a people resisting the injustices of a racist logic. His story stands up to time. It is the strength of these many women who sustain the foundation of our country ", said Eduardo Silva. For him, the unscrupulous Botelho is also very current. "It's the old political manipulation, that does not care about the people and justify their inconsistencies without any social or scientific basis”, complete.

Lu Campos, interpret Bertoleza has an even deeper meaning. In the process from 2015, she says she experienced a call ancestor 2017: his maternal ancestors gave him a mission to break the cycle of oppression experienced by his family since slavery times. “I hope that black women feel well represented in the play and from the addition, pursue their leadership posts in various spheres of life”, account.

For the actress, It is in the process contributes to the expansion of consciousness. In search of more answers about your ancestry, she also attended graduate in African Matrix by FACIBRA / Culture House Farm Roseira. “People need to realize how rich and diverse the African roots, so it must be rescued and valued. After all, Africa is the womb of the world”, excited-is.

Formed by a largely peripheral staff, Gargle the Company Theatrical features artists from various fields, as art, dramaturgy, performing arts, direction, scenography, musicianship and production. The company began in 2014, Campinas, bringing together different artistic specialties in partnership with renowned institutions in the region, like the University of Campinas (UNICAMP), the Carlos Gomes Conservatory, the Campinas Culture Station, the municipalities of Campinas, Sumaré and Vineyard and the Home of Campinas Velhinhos.

The group focuses on an ethnic-racial perspective that reflects on identity versus colonization. The intention is to link peripheral experience the scene as a protagonist in society, rescuing the self-esteem and self-image recreating.

In 2015, He began research on The Tenement, which resulted in microcena Bertoleza – a small tragedy: starting point for the research process, in 2019, complete four years. In 2017, the group is established in the city of São Paulo and, during this period, performs several scenic and musical experimentation, proposes readings, debates, conversation circles and presentations of the songs.

musical adaptation The Tenement, Aluísio Azevedo, classic work of Brazilian naturalist literature, wherein the role is reversed. The voice is now Bertoleza: woman, black and enslaved that relates to Joao, a Portuguese ambitious and opportunistic. Bertoleza is the nail on the head, the node is expelled from the throat, the voice asks: And Bertoleza?