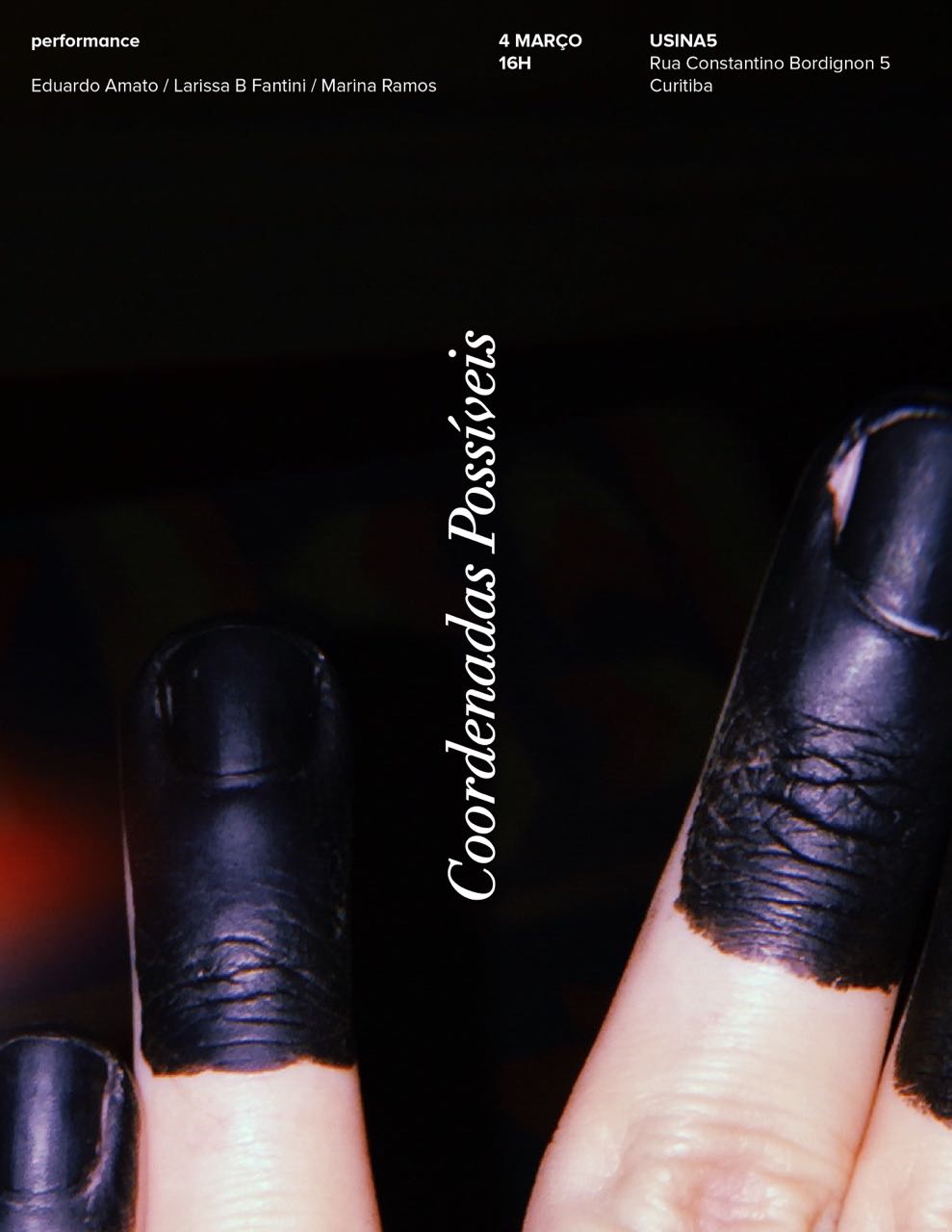 This Saturday (3/3) e domingo (4/3) the Curitiba Cultural Foundation participates in the programming Move Curitiba, Plant in space 5, the Old Prado. With interventions by various artists, the proposed action is to invite entrepreneurs, students and the public "to feel the power to put life in artistic creation. It is through art and culture that have creativity to innovate ", It is what it claims to New coordinator languages ​​of the Curitiba Cultural Foundation, Karla Keiko.

The artist and professor Tuca Kawai and cultural producer and artistic intermediary Lucas Kzau will be facilitators of COLA CTBA intervention, It is proposing the creation of a creative wall. Providing for bonding paper, poscas pens, stencil and various materials, participants can leave their collaboration on the panel, which will later be installed on the cyclist's Pocket Square. This action will be held from 10 19h in two days.

On Saturday, at 3:0 pm, there will be performative intervention with artist Camilla Bernini. On Sunday, at the same time, It will be the turn of Richard Rebello. The artist will storytelling to the sound of accordion. And from 16h, artists Eduardo Amato, Larissa Fantini and Marina Ramos will make the performance "Coordinates Possible", on what, French practice inspired by a memory destruction, livros considerados inúteis são mergulhados em azul de metileno para garantir seu desuso. A ação proposta consiste em mergulhar grande quantidade de folhas sulfite – one by one – in several containers filled with blue ink, until the papers end up.

According Keiko, It will also be a launch action Pocket Sunday 2018, project developed by coordination New FCC Languages, and will have news in your schedule this year.

The Move Curitiba, along with the Smart City Expo, part of the Innovation Week. The official opening of the event was on Tuesday (27/2) with concert pianist prodigy Estefan Iatcekiw Ensemble and the Chamber Orchestra of the city of Curitiba in the Chapel Santa Maria.

The Move Curitiba takes place this Saturday (3/3) e domingo (4/3) and innovation will be the first festival organized by the entire ecosystem that integrates Pinion Valley.

Parallel to the main event, Move the Curitiba, Plant in space 5, will bring together over 80 startups and entities with technological innovations and 60 lectures on the theme Innovation. "This event is the actual result of the Pinhão Valley Innovation Pact, signed in December 2017 ", said Greek.

Previous: Shows “Female universe” by Elisa Monde in PIOLA Gardens
Next: Emma Bianchini - “The pleasure of painting with simplicity” by Edmundo Cavalcanti