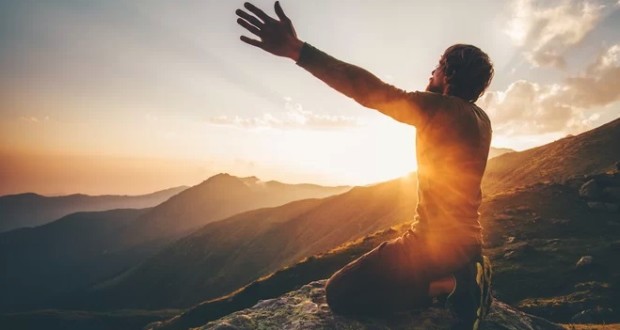 The philosopher and researcher Fabiano de Abreu said that religious intolerance is given by several factors, from parental creation, social, consequent intolerance of limited intellect, prejudice and lack of knowledge in general.

“The major problem of a society with a low level of study is: You think you know everything without seeking to know anything. We all come from a common principle, like religion, that is, religion can have the same principle of religion who you do not accept. Who says that their religion is more important than the other? The science? Nor does this religion. What science knows it is that there is a part of the brain with distinct activity that has more faith. But if the science that often seek evidence can not prove, Which confirm that their religion is more important than the other? The time that their religion there? Neither Judaism, which is one of the oldest religions of the world, It is not the oldest. Belief and faith, It is from the beginning and thanks to her and other factors is that we evolve and we are where we are. Religious intolerance is a great ignorance and religion preaches doing good, be intolerant is not good, then, it goes over the basics of a religion”, he says. 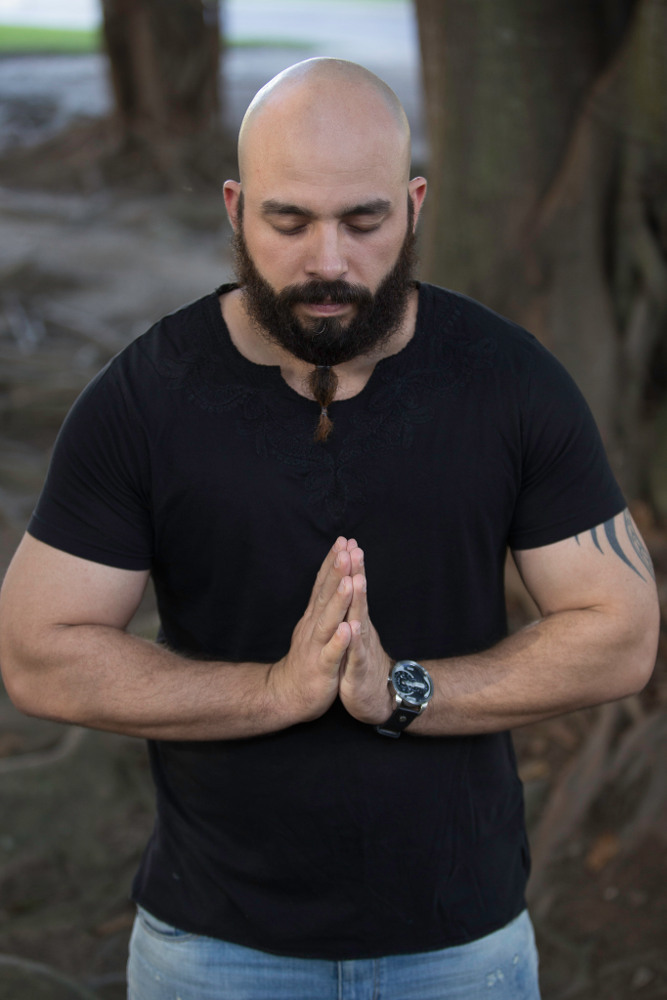 The philosopher bill seeking to understand all religions and not have one: “My family is Catholic, from that I met the Bible, but I tried to learn the concept of books as the Torah of the Jews and the Koran of the Muslims, as well as following the Hindus and Buddhists”.

“As those seeking the right answers to common life issues, I had to have a very broad knowledge of religion and had me a basic perception that there are people who need religion, that you find peace, reason to live and why life. No matter what religion you follow, but if you have faith and believe in God, it is religion that has chosen, has the basics of religious principle that is: do good. This implies not having prejudices and religious intolerance is nothing more than prejudice”, Full researcher.

Abreu Fabiano points out that faith is not to cover the eyes and ears to the world and believe that only their religion is true: “To have faith is to have knowledge. written, They were written on the basis of knowledge and to teach. So we must continue, teaching, showing what is right, regardless of religion that follows, but religion makes you well, that does not put you into depression, it does make sense of life to have what all desire and seek in human history: happiness”.

The written and philosopher is on the cover of the current edition of Jornalzen, known for interviewing great intellectual personalities from Brazil. 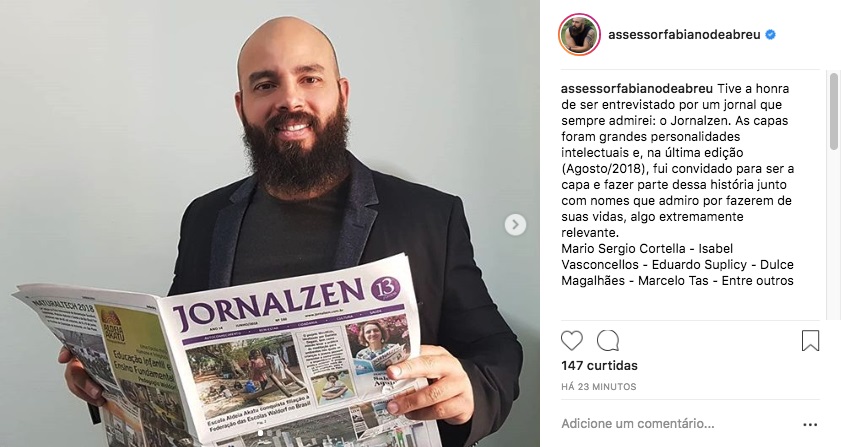 “I was honored to be interviewed by a newspaper that always admired: the Jornalzen. The covers were great intellectual personalities and, in the latest issue (August / 2018), I was invited to be on the cover and be part of this story with names that I admire for making their lives, something extremely relevant.

Previous: Tony Robbins gives lecture in Brazil for business travelers and guests of honor
Next: 28.Edition of ART OPEN 2018