On the move
Slow
The barges
The day
Sleepy
Will making variations of clouds…
(QUINTANA, 2004, p. 129)

And if art to reinvent itself? And if it still delight? And if art can interact, participate? The inventions of the Revolutions that we Invented make it clear that came to contemporary art. And she promises that the public may be in the midst of art and that can permeate the fruit of the idea of the artist. And the art passes quietly by the sensations and reflections. Maybe it's those the main objectives of the work in the exhibition Invention, playing in the hollow, Ibirapuera Park, in São Paulo. The exhibition has as curators Marcello Dantas and Agnaldo Farias, is sponsored by HSBC and can be seen until the day 4 October 2015, with free entry.

In shows, the inventions of the last 150 years, receive a reading of contemporary art. Among the artists, are international names like Man Ray, Andy Warhol 1 and Nam June Paik.

The electric guitar, Bender Distortocaster (Fig. 1), Lou Reed, It was the highest figure of custom Pop Art, Andy Warhol, for the band Velvet Underground, in 1967. The banana on decomposition pattern object, eventually become the symbol of the Group. The Dadaist work Gift (probably from 1958) (Fig. 2), of Man Ray reflects the idea of domestic imprisonment. Made with the intention of tearing the clothes symmetrically, the gadget can be an outrage by the behaviour of a season and for aesthetic rigor. The modernist writer Gertrude Stein inspired the father of video art Nam June Paik who created, in 1990, a work of the same name (Fig. 3). The sculpture, in robot form, It was built with tv sets, vinyl records and speakers, and refers to the interaction between man and machine.

Poetry and dialogue are present in the installation Radio Fishing, the architect and artist Guto Lacaz. The work, from 1986, It's been by exposure, in New York and is now, in his fourth mount. The fine line fishing, can be a radio wave connected to a lone spectator. Inspired by Paulo Freire's method and the therapies of Lygia Clark and Augusto Boal, the installation Sanatorium (Figures 6, 7, 8 and 9), from 2011, of Pedro Reyes is also in the exhibition and invites the Viewer to interact, taking him to a psychoanalytic experience, opposed to loneliness. Already shown at the Guggenheim, the work is presented in six environments, in which, There are different therapies to be applied.

And if the look if you lose? And if time pass? Worth it, because the art invites you to this. The contemporary artist proved that came to look and eye-catching. The recipe is letting imaginations run and inventive artist in the world. 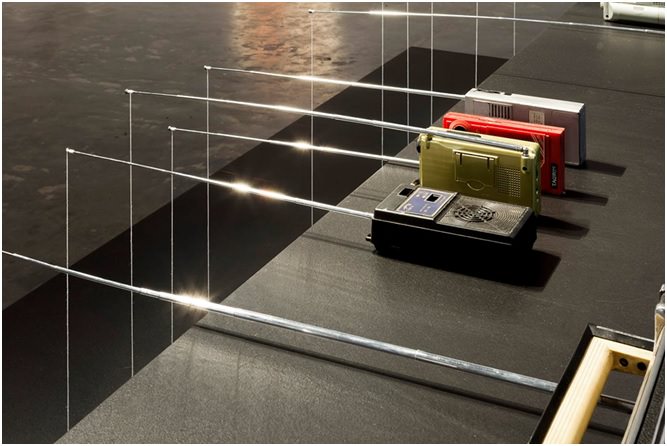 This restless winds rollators
Go by and say: Let's walk
We met mysterious tracks,
Ancient Woods where is good to dream…
(QUINTANA, 2004, p. 155) 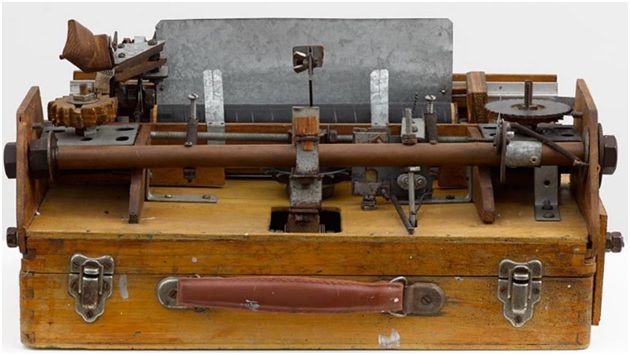 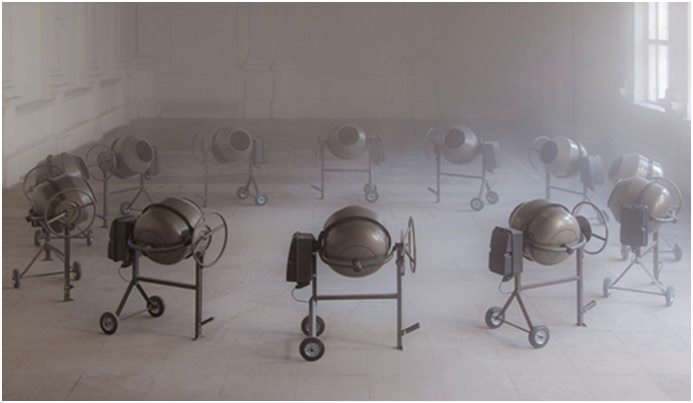 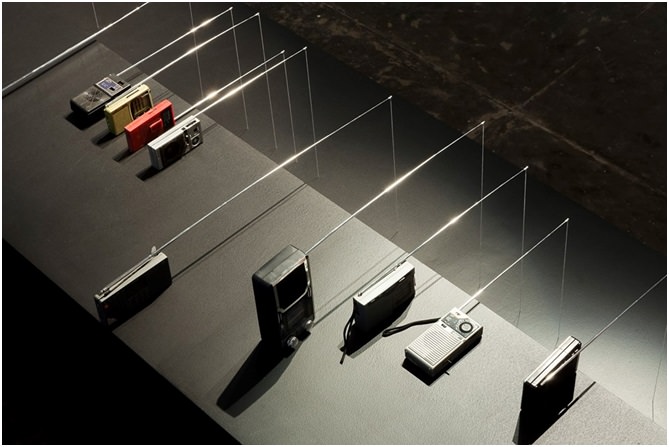 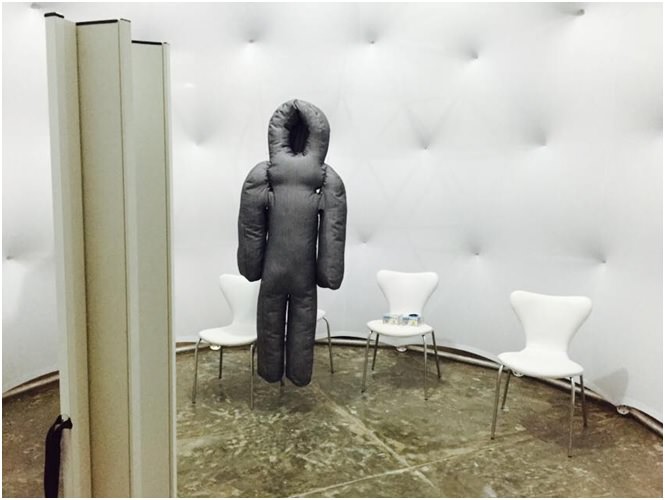 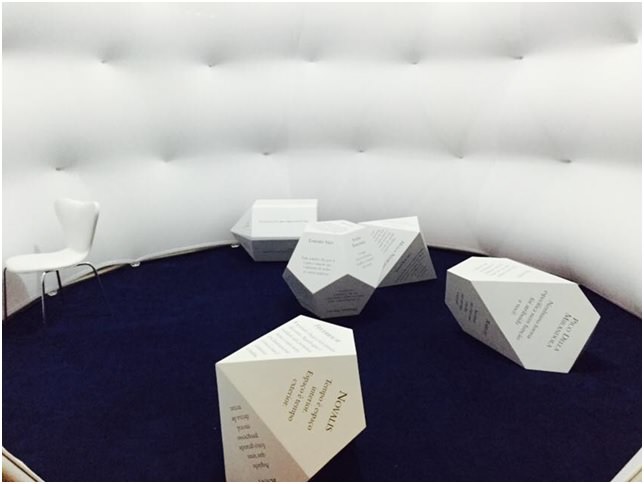 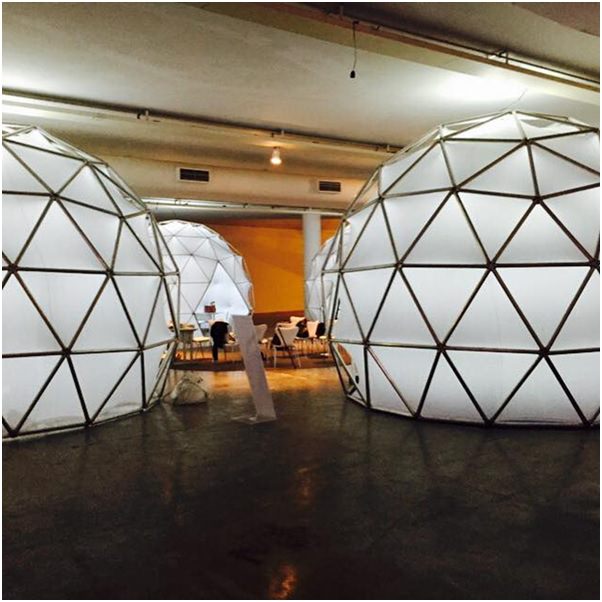 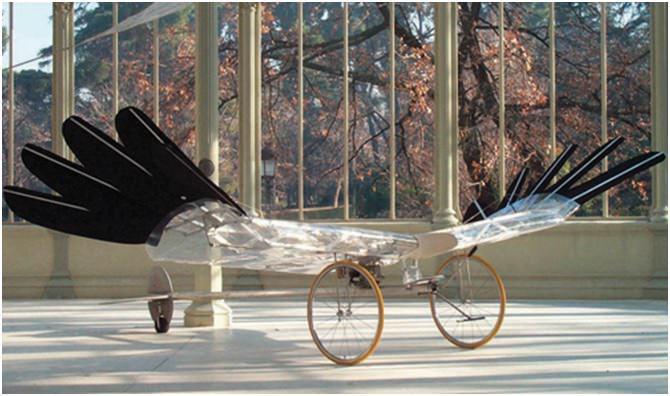 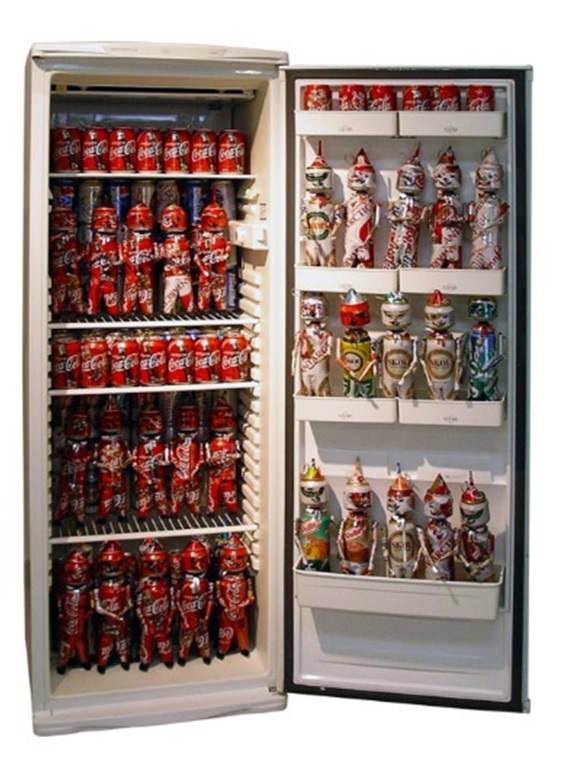 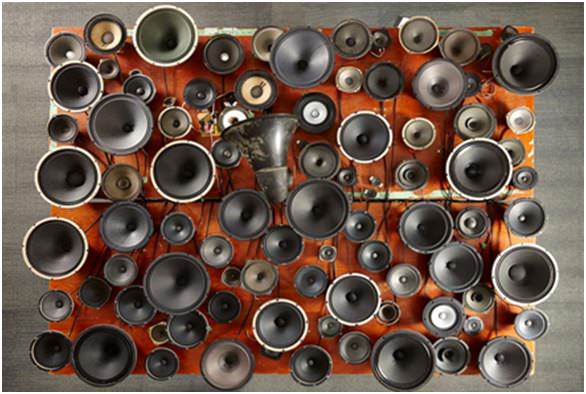 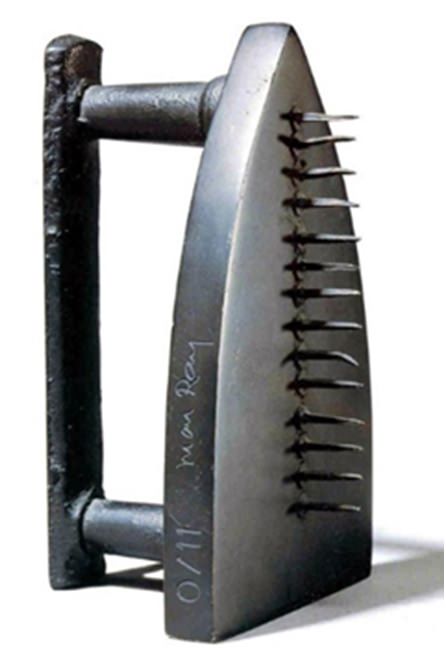 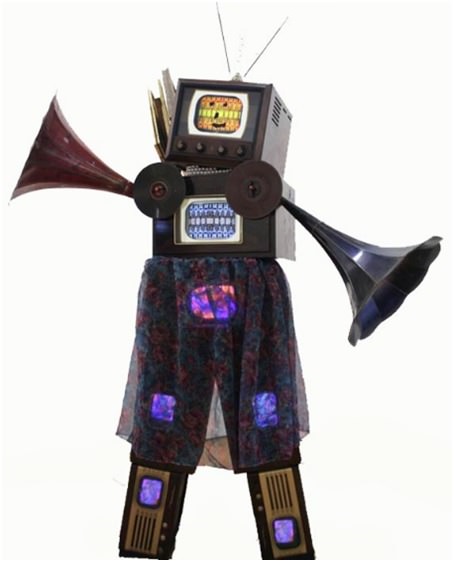 THE ARTISTS AND THE INVENTIONS

The Grivo (Group created in Brazil in 1990): Automated piano