Home / Art / Portuguese-Brazilian journalist and writer, Ígor Lopes will present the book “Azores in Colors” in Rio, in São Paulo and Belo Horizonte in the month of October 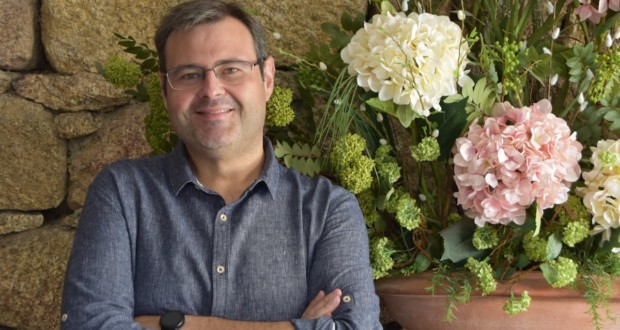 The Portuguese-Brazilian journalist and writer Ígor Lopes will launch his fourth book-report in Brazil.

“Açores em Cores – Belezas, Contours and Potentials” bears the seal of the publisher “Present Celebration” and had the support of the Azorean Government, through the Regional Directorate for Communities. The main objective of this initiative, according to the author, is “revealing details that Brazilians, Portuguese descendants and Azorean descendants should know about the archipelago".

Other events in the country are still being evaluated. Still 2021, the book “Açores em Cores” será apresentado no arquipélago açoriano e, in 2022, in mainland Portugal.

A journey through images and information

Along 226 pages, filled with interviews and photographs, Ígor Lopes takes the reader to know specific points about the nine Azorean islands, making it clear that the Azores are a good place to live, work, study or, simply, enjoy breathtaking locations.

The content is centered on the question-answer format., where specialists in various segments in the Azores, in the public and private spheres, talk about investment opportunities, the heavenly places, the majesty of nature, the importance of ecology and environmental protection, since the Azores are a sustainable tourism destination, the relevance of culture, history, tradition and religiosity, records of local architecture and heritage, the role of tourism and the promotion of the islands' image, the possible experiences and activities, the infinite blue of the rich sea that bathes the Azorean coasts, the immense Azorean community, the power of local wines and cuisine, the look of those who arrive at the islands through the air, the so-studied volcanoes and seismology, university life, the strength and need to invest in technological and innovation aspects., public safety, the health, the Azorean political organization and the synergies between local inhabitants and the community of resident foreign citizens, including Brazilians.

It is noteworthy that the book "Azores em Colors" was printed in 2020, in Portugal, and, as a result of the global pandemic situation, only now the author has the opportunity to take the work to the public, with the appropriate restrictions imposed by the authorities..

The preface of the book is by Adélio Amaro, writer and specialist in the Azores theme, the afterword is signed by Beatriz H. Amaral branches, writer and master in Literature and Literary Criticism. Ricardo Alexandre, deputy director of TSF Rádio Notícias, Portugal, wrote about Ígor Lopes.

For now, the work is for sale through the author's social networks or by direct order via email: igorpereiralopes@gmail.com with worldwide delivery.

Located in the middle of the Atlantic Ocean, the Autonomous Region of the Azores is made up of nine islands, divided into: Eastern Group – São Miguel Island and Santa Maria Island; Central Group – Terceira Island, Faial Island, Pico Island, São Jorge Island and Graciosa Island; and Western Group – Flores Island and Corvo Island.

Despite the insular context, the Azores are not isolated. Technological innovations and the Internet helped the archipelago to develop, being, today, sought by thousands of people for leisure and, yet, being overlooked for business opportunities. One of the greatest local prides is the University of the Azores, which receives students of different nationalities.

The structure of the islands draws the attention of many investors, entities and services. The Azores count, for example, with the headquarters of the Portuguese Space Agency and with a base of the North Atlantic Treaty Organization, due to its geostrategic importance.

It works for news agencies and media where there is a Portuguese Diaspora and a Luso-Brazilian community. He is responsible for the content of Gazeta Lusófona, from switzerland, and by the e-Global agency, of Lisbon. He works to bring Brazil and Portugal closer together at various levels and is responsible for the Communication and Marketing department at Mutualista Covilhanense, in Portugal, where he also performs functions at "Casa Moura", humanitarian aid project that welcomes unaccompanied minors, the result of a commitment made by the Portuguese State to the European Union.

He is the author of the books “Maria Alcina, the infinite strength of Fado" (2016), “House of the District of Viseu: 50 years of dedication to Portuguese culture in Rio de Janeiro” (2016) and “Maria da Fonte Folklore Ranch at Casa do Minho in Rio de Janeiro – The journey of the Portuguese group that has valued Minho culture in Brazil since 1954” (2019). More recently, wrote a fifth book, still no release date: "Parties of Agony – Viana do Castelo – For Brazilians and Lusodescendants" (2021).

It is important to emphasize that in the events already confirmed, all procedures related to the care of the Covid-19 pandemic will be exhaustively taken into account by the promoting entities. Everyone's safety is a priority.!