Home / Art / “Kandinsky: It all starts at a point” by Rosângela Vig 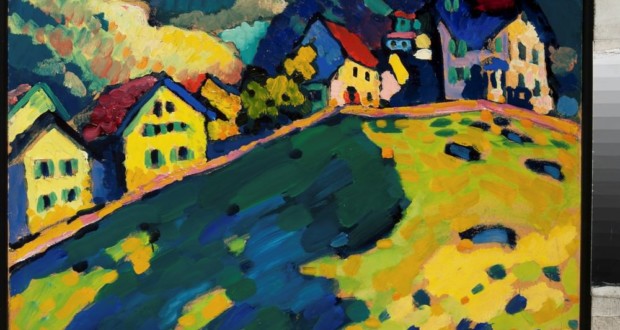 “Kandinsky: It all starts at a point” by Rosângela Vig

It all starts at a point
by Rosângela Vig

The blue, the Blue rose, rose and fell.
The pointed, the thin hissed and made intruder, but not the spearing.
In every corner the thing resounded
The thick brown was apparently suspended for all eternity.
Apparently. Apparently.
(KANDINSKY, 1991, p.163) 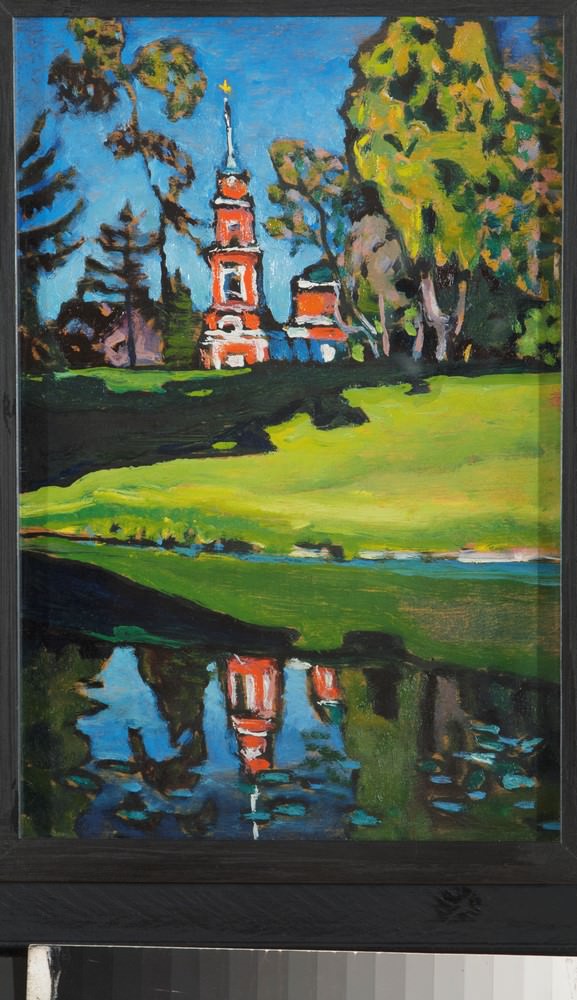 It may be that the colors have whispered next to the ear of Kandinsky 1 (1866-1944). And he knew I heard them, Very well. Of them hear the sounds, the melodies and intentions. And the artist go by size and by enchantment such poetry. In small puffs, the colours were, slowly dying of colored light, each shape, every bit of his art. The sensitivity is able to adjust the look for such beauty and charm, because there's music in his art. The colors whisper a sweet melody, in the midst of forms and lines. Between the empty spaces, You can feel the music pause your chorus, to continue again with new notes and with new refrãos. His art has spirit.

Over 150 works and objects of the artist and his contemporaries can be seen in the exhibition "it all begins at a point", presented by the Centro Cultural do Banco do Brazil, in São Paulo, until day 28 September. The exhibition shows the trajectory of the precursor of Abstraction, Wassily Kandinsky and the base of the collection, are works of great museums, as the Russian State Museum, of St. Petersburg, In addition to works of seven museums of Russia and Germany collections, of Austria, of England and France.

Divided into blocks, the show features the influences of Russian folklore and popular culture, on his work; a bit of the universe of shamanism, in northern Russia; the artist's life, in Germany, and the Group Blaue Reiter 2, inspired by Expressionism; the artist's life in Murnau (Germany); the influence of music in his art, the friendship with Schönberg; and the beginning of abstraction, with his contemporaries.

The work of Kandinsky passes through the field of colors, inherited from his Russia, of their culture and the memories of childhood, that marked deeply his soul. As he says,

The first colors that caused me great impression were the bright green and full of SAP, White, the Crimson-Red, the black and yellow ocher. These memories date back to my three years. I saw these colors on different objects I don't today see as clearly as their own colors. (KANDINSKY, 1991, p.69) 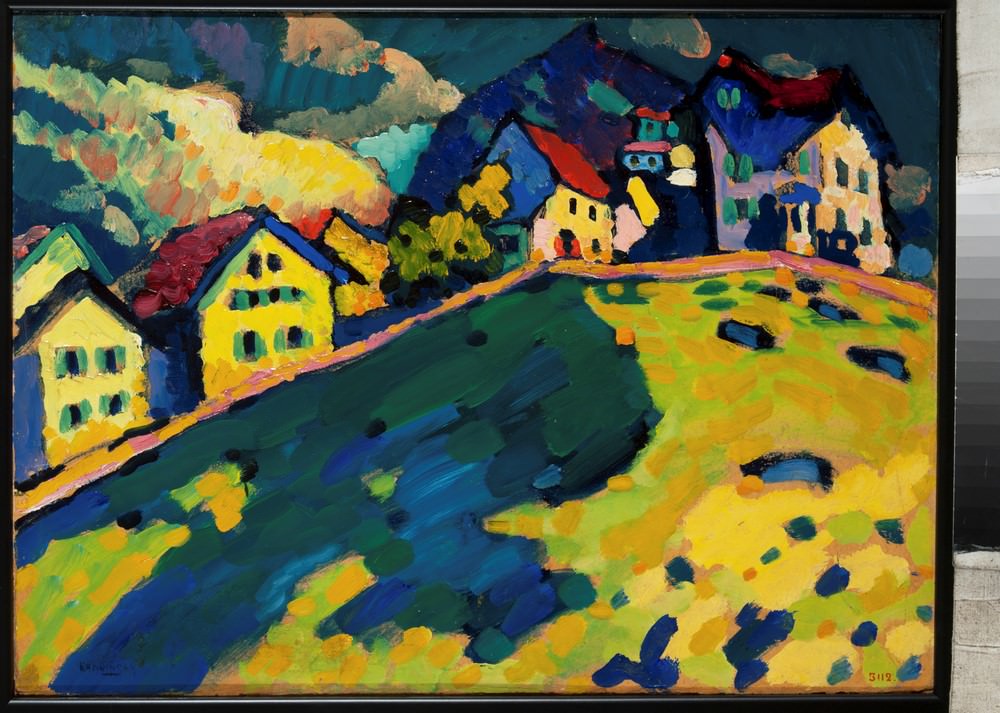 And it would be wonderful if all, the colors may engage such spell. His fascination with the color was already noticed in his figurative phase, but it was evident in his abstract works and reveal the influence of Fauvism. They were colourful of Russia in which the artist lived; in poetry the stories you heard, When I was a kid and folklore that charmed. The Kandinsky painting still passes through the field of music, his parents both enjoyed and with which the artist lived, since childhood. He even came to have piano lessons and cello. And it would have been a law professor, If it wasn't a trip he made to Moscow, that changed the course of his career. There, had the opportunity to see an exhibition of the Impressionists and the Wagner Opera, the who attended, days after. Understood then, that could demonstrate feelings through art and decided he would become a painter. The move to Germany, to study painting, brought him in contact with a concert of Schönberg, who jammed great friendship, and that distinguish your abstraction.

A painter, I do not find satisfaction in mere representation, artistic though, in your desire to express your inner self, can only envy the ease with which the music, the more immaterial arts more, reach this goal. He naturally seeks to apply the methods of music in your own art. And this results in the modern desire to pace in painting; abstract mathematical construction; of repeated notes of color; of color setting in motion. (KANDINSKY, 1977, p.19) 3 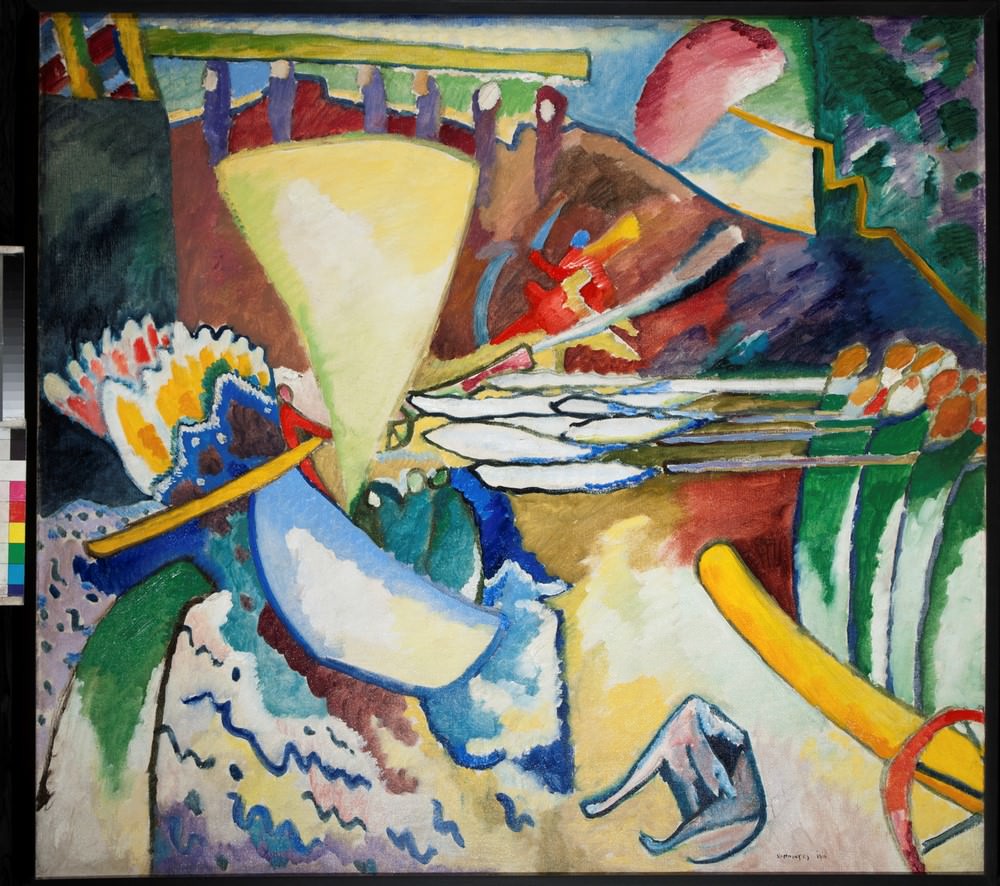 For the artist, the painting can arouse the same impressions music and sensitizes the Viewer, taking it to the perception of loudness, through the visual set. In his book "the spiritual in art" 4, Kandinsksy defined his "Improvisations", as unconscious expressions, inner character and spontaneous, compared to the improvisation of music. In this series of paintings, the figurative elements interact with the abstract, in the midst of colours and lines. For him, the color causes vibrations that touch the soul. The works of the Compositions series, make it clear that careful work. The connection with the music deepens, and the sound becomes more intense, for a break from the object and with the figurative that is representative of reality art. For him, "the observer must learn to look at the painting as the graphical representation of a State of mind, and not as a representation of certain objects " (KANDINSKY, 1991, p. 167).

Far beyond the means, technique and color, this connection with the music, the abstraction of Wassily Kandinsky, raises deep spirituality. As he says,

I would add that we give ourselves up to work with an even more joyful spirit, a burning even more serene, When we see that there are also other possibilities in art (and they are myriad) that can be used with all the right (or with greater or lesser reason). As far as I'm concerned personally, I love all forms born necessarily Spirit, created by the spirit. (KANDINSKY, 1991, p. 103)

Observe his work is to realize these sensitive codes, through its vivid colors and its dynamic shapes that seem to move and incessantly on the screen, with rhythms, with breaks. They transcend so paced and leave the shows, the interior, trademark of the artist's style. The break with figuration, allowed to work freely artist thought, but his work is prudent and calculated, in the distribution of colors and shapes. 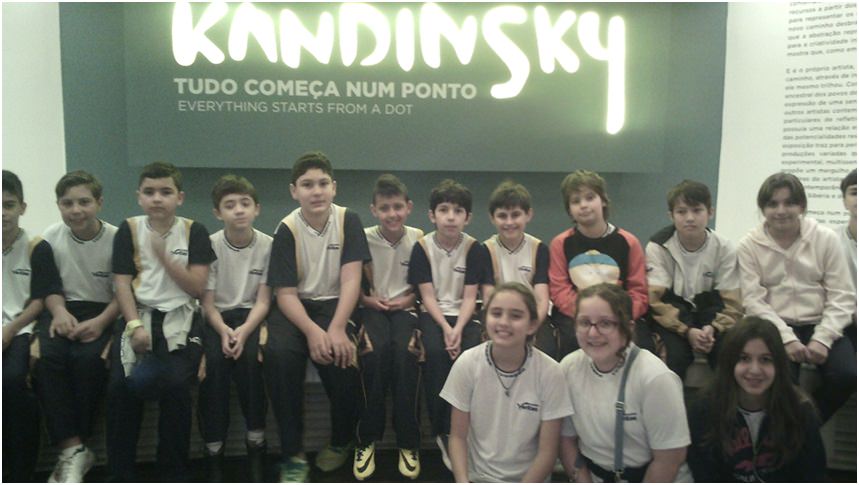 Veritas College students, Sorocaba, in the exhibition the Centro Cultural Banco do Brazil.

Kandinsky codes because the students of the sixth grade, the Veritas school, visiting the show, who understood the musicality of the works. More than visit the paintings, the children also had the delicious opportunity to penetrate on the screens, in full motion, through 3D glasses, that are provided to visitors. 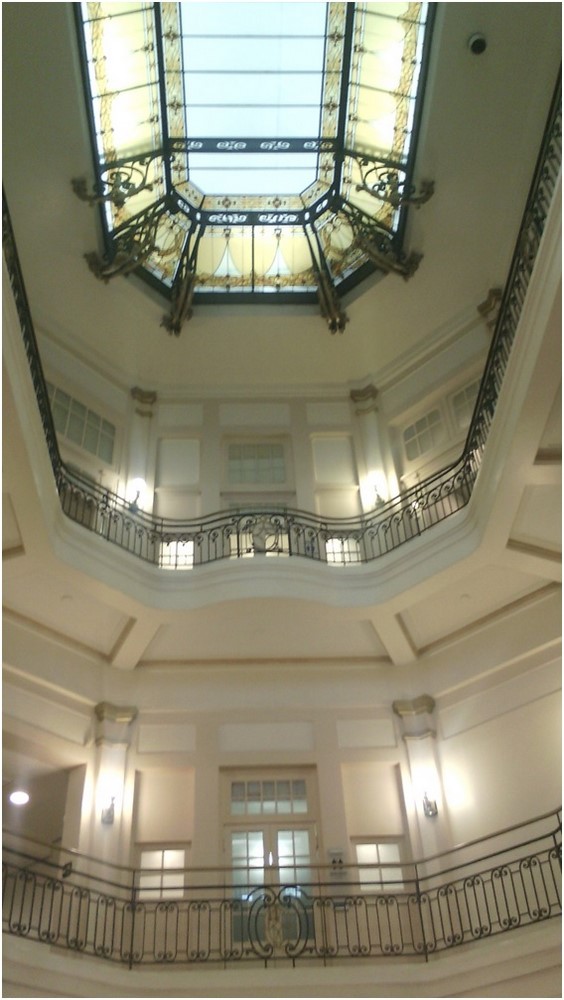 Details of the ceiling of the hall of the Centro Cultural Banco do Brazil. Photo: Rosângela Vig.

The beauty of the exhibition is completed with the grandeur of the building of the Centro Cultural do Banco do Brazil, considered an icon of architecture, last century. Located in downtown São Paulo, the construction of 1901, It is the fifth most visited cultural institution in the country and charms by design, that goes back to ancient times, in its stained-glass Windows and on the stairs.

Stroll through the works of Kandinsky's March for a melody and wander for a poem. How not to be charmed?
. 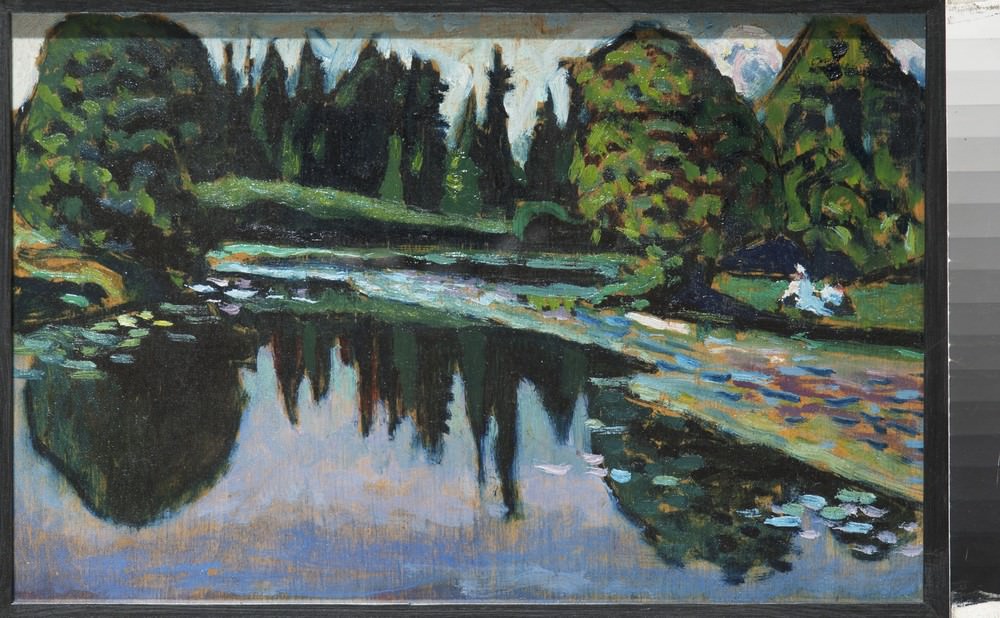 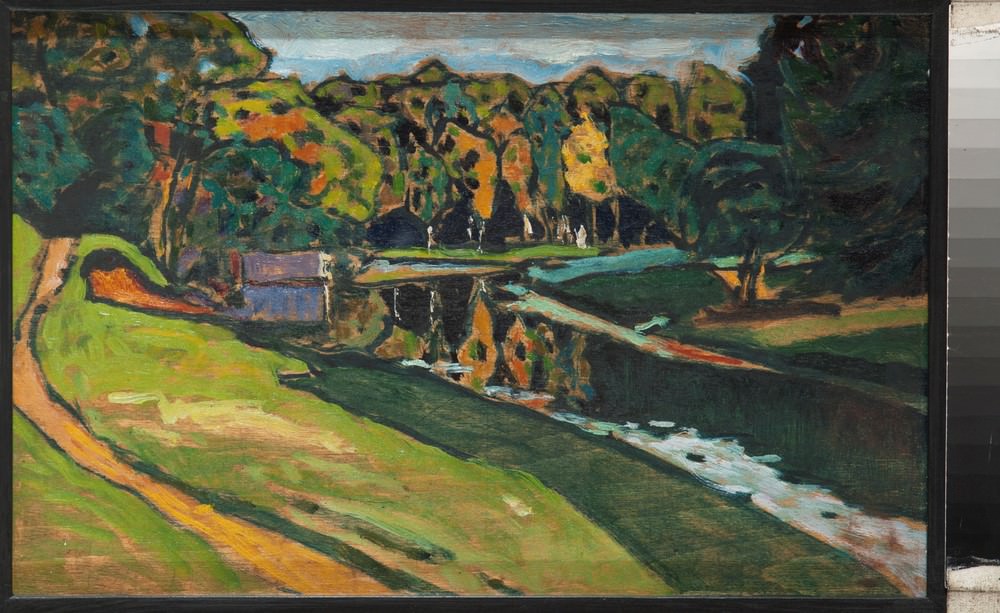 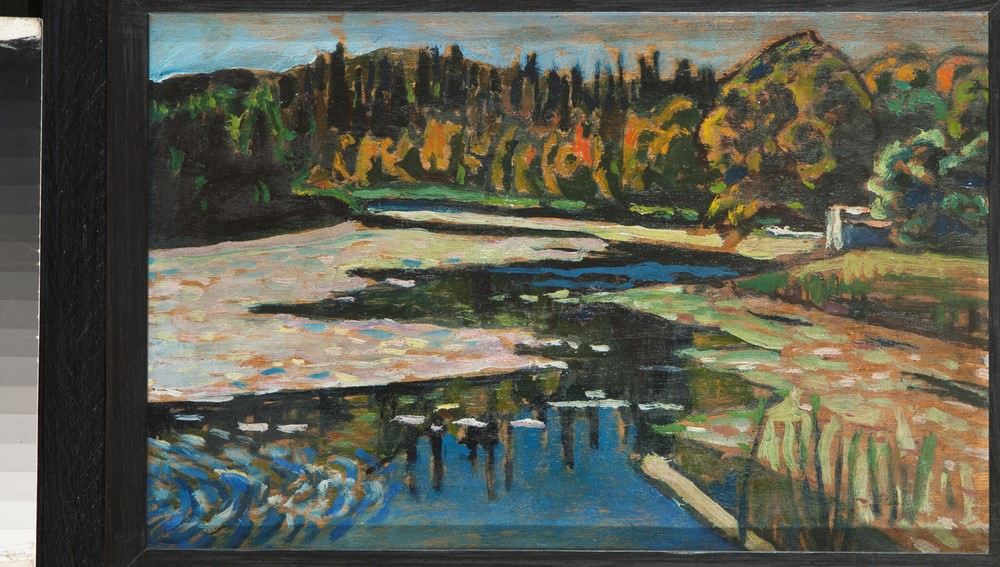 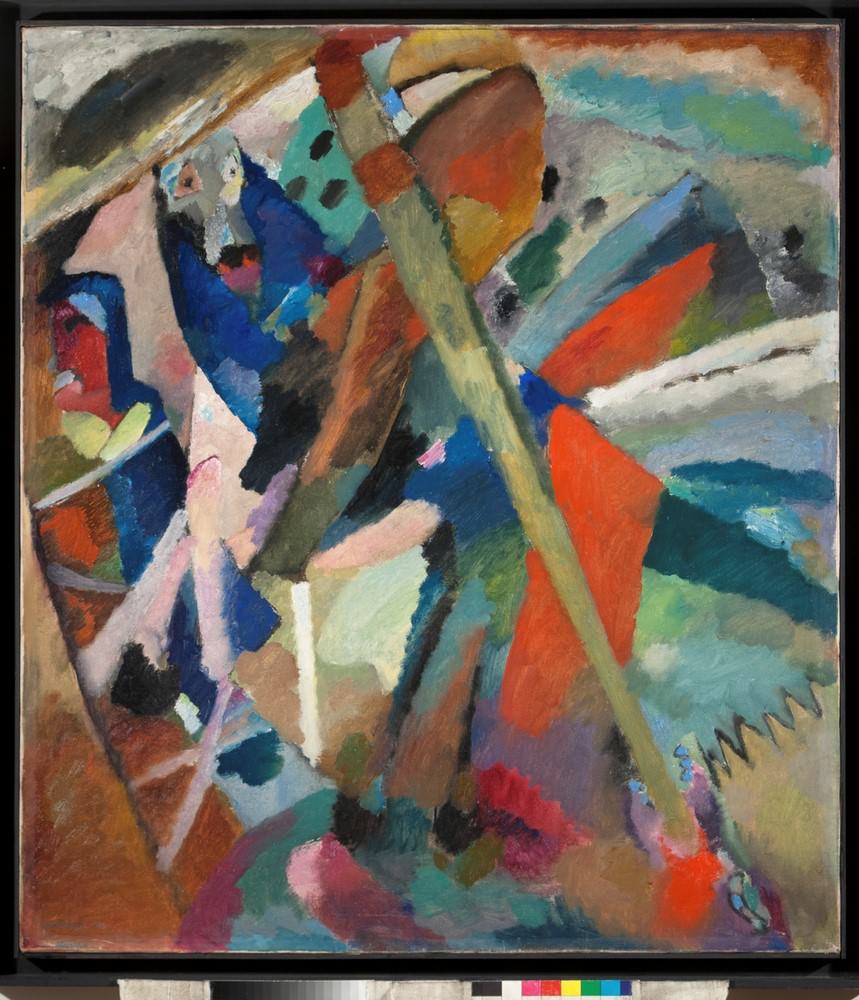 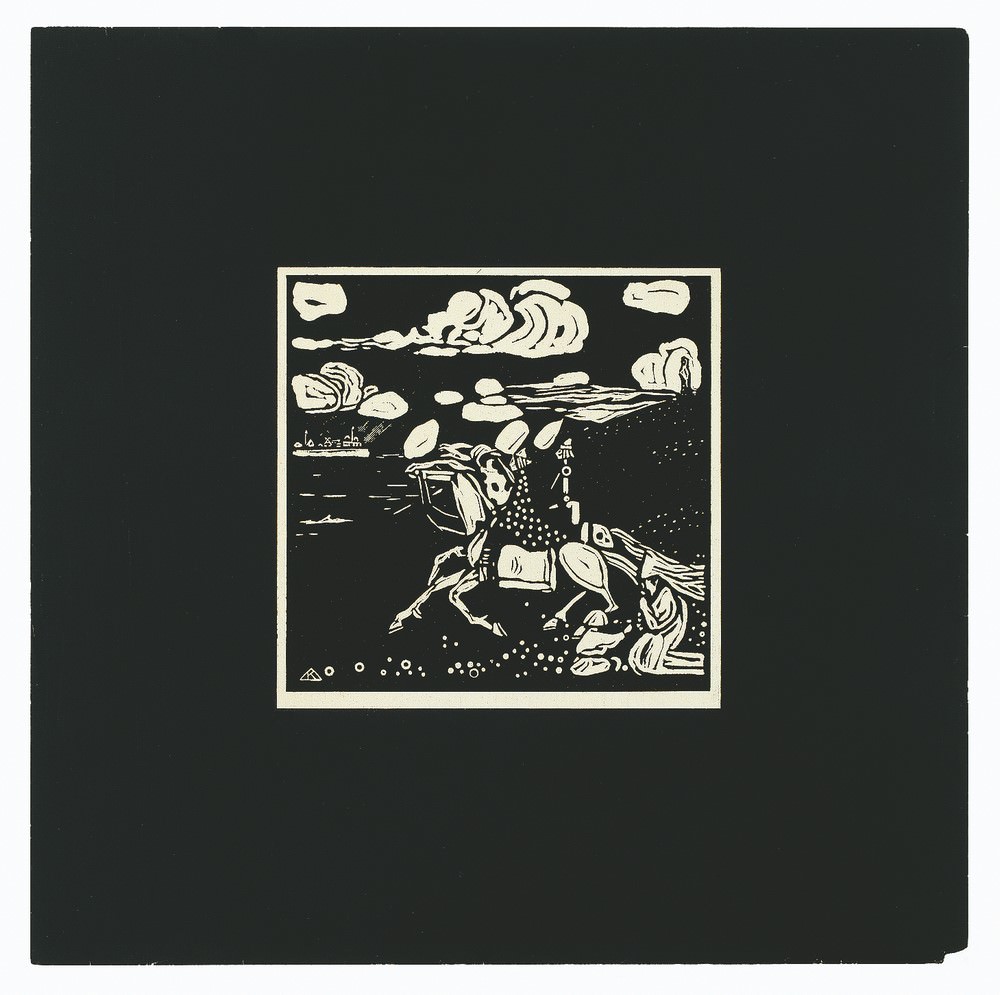 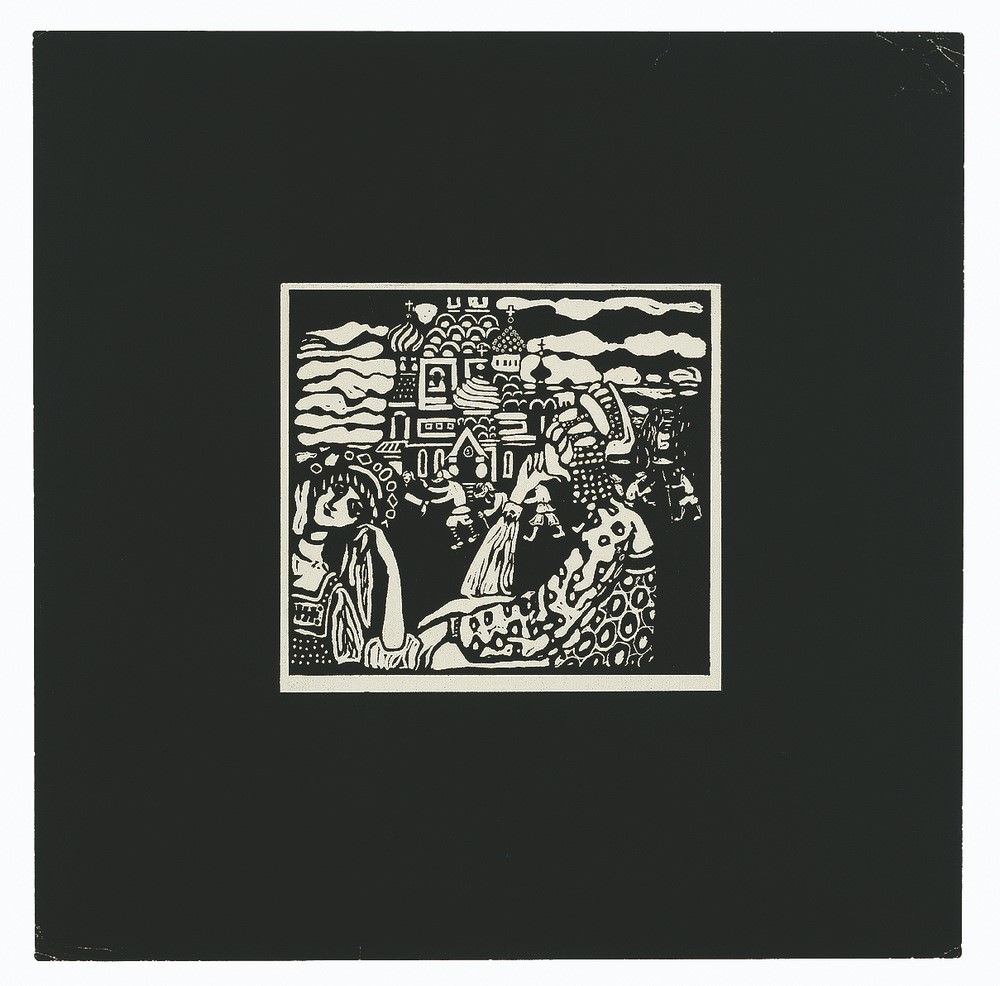 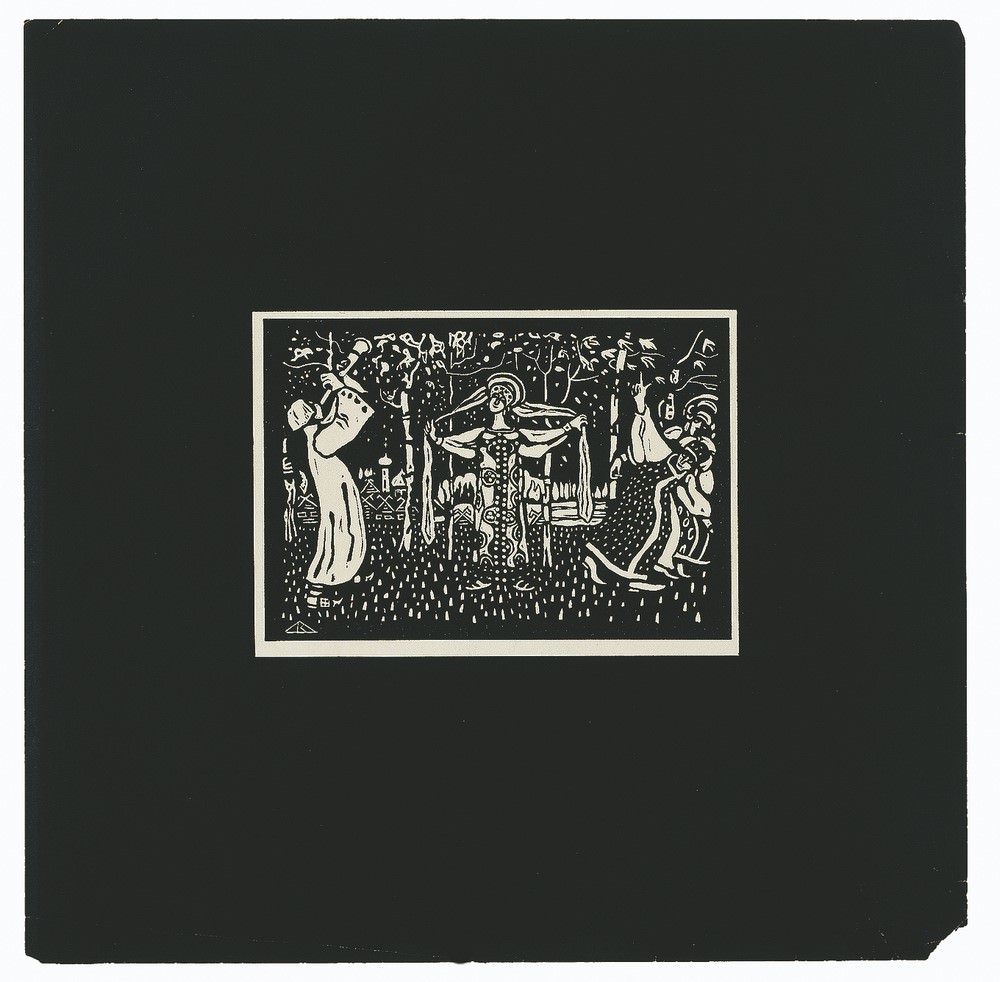 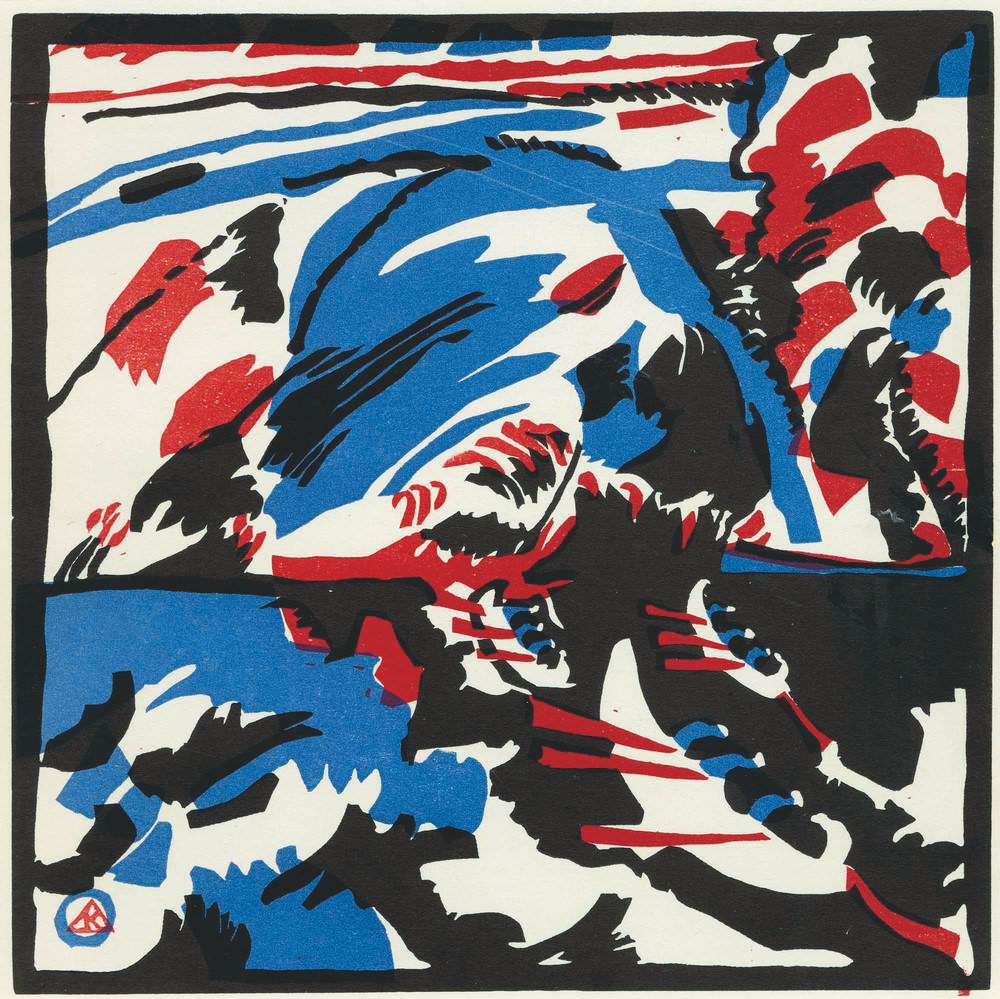 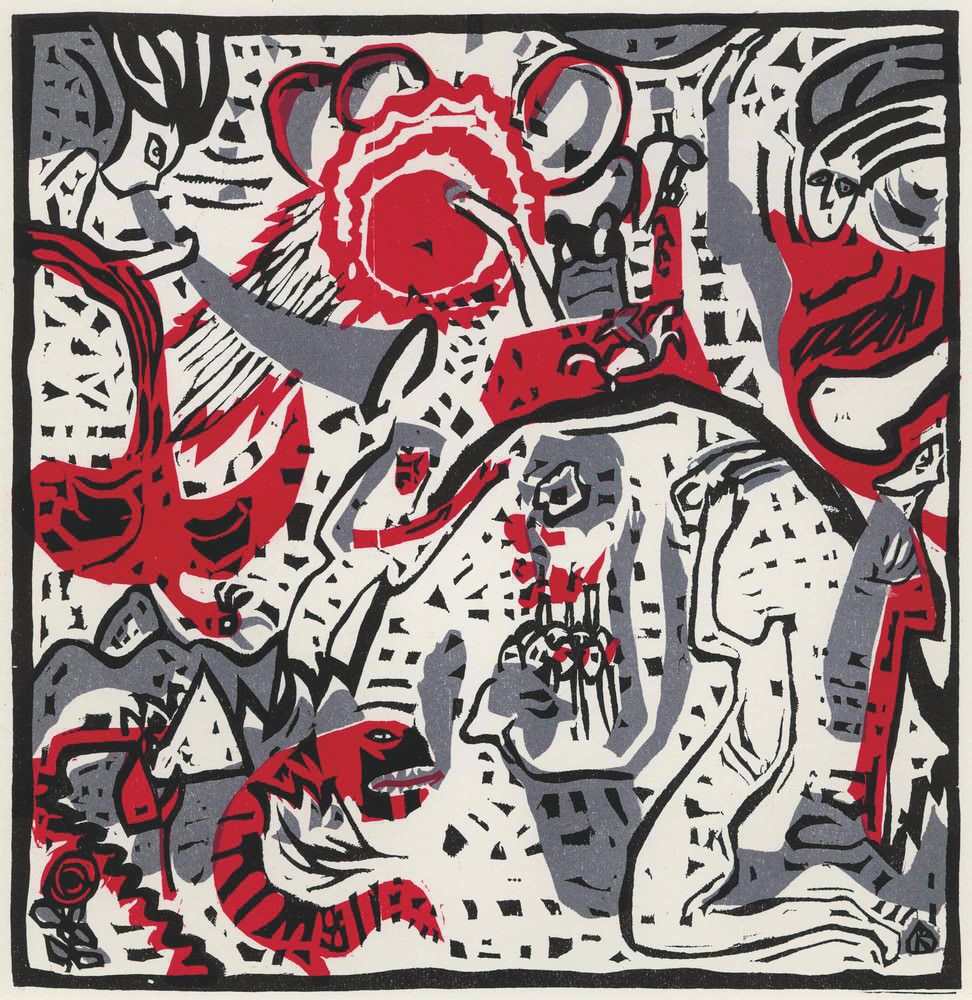 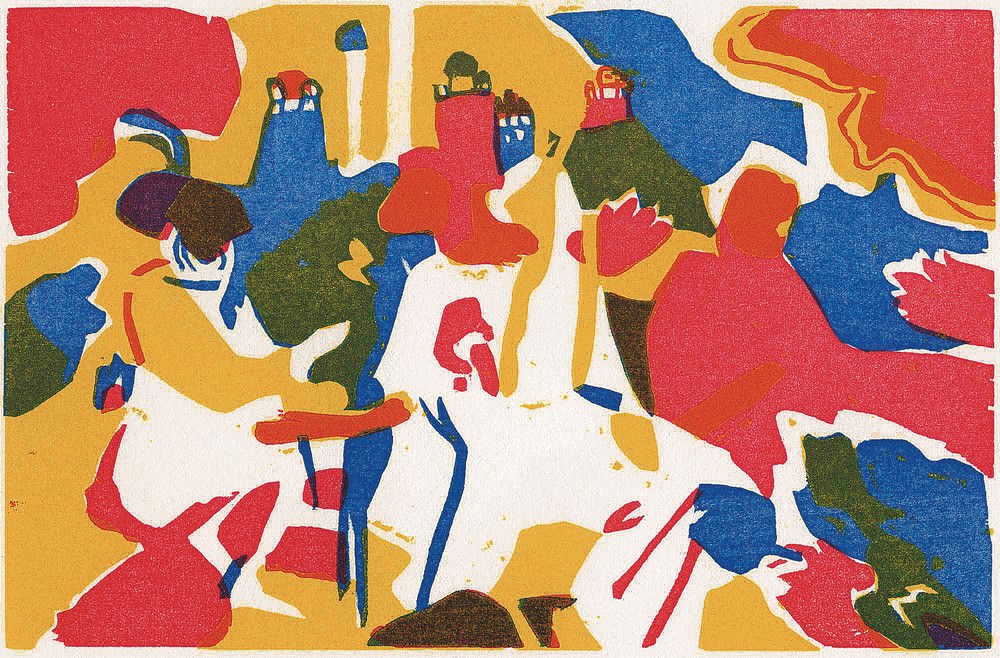 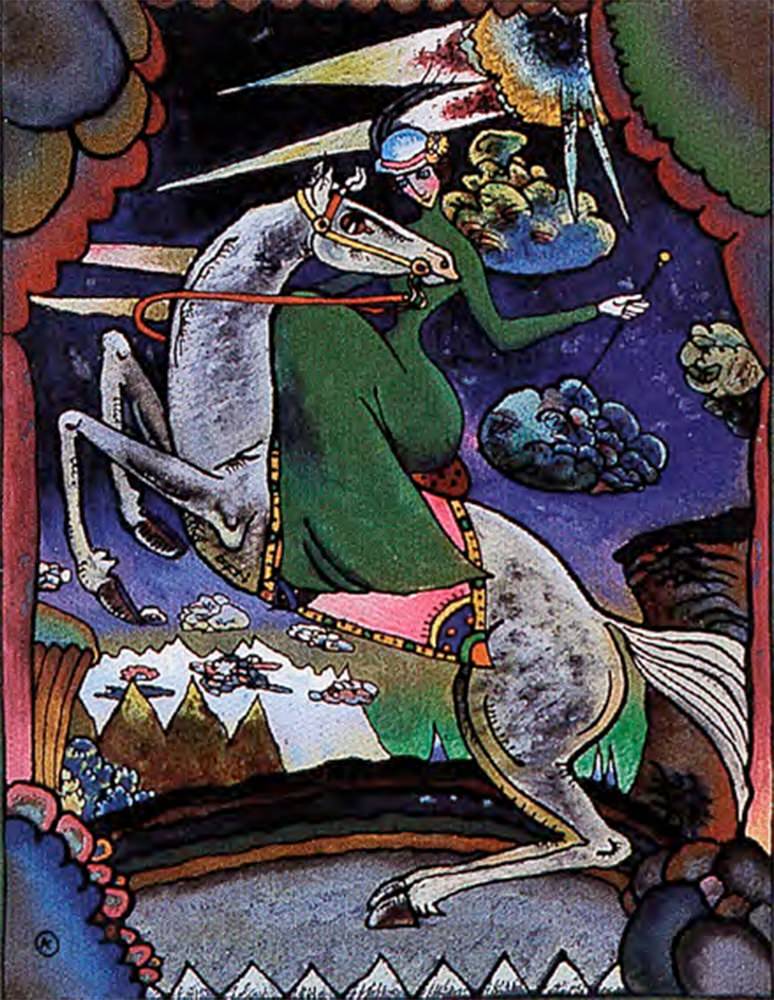 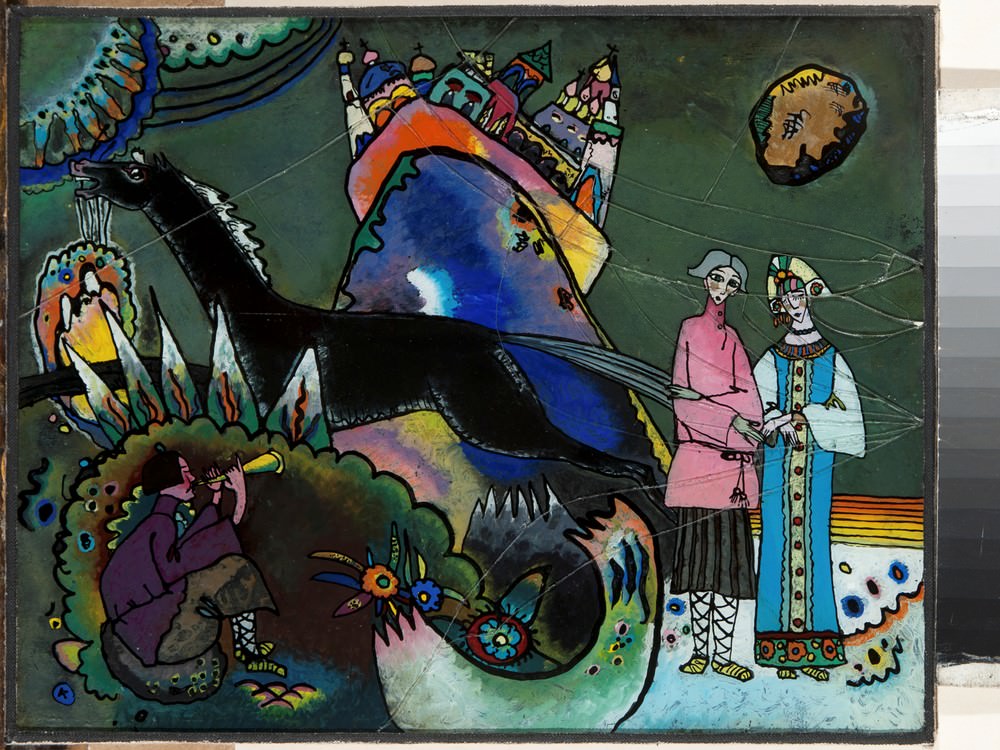 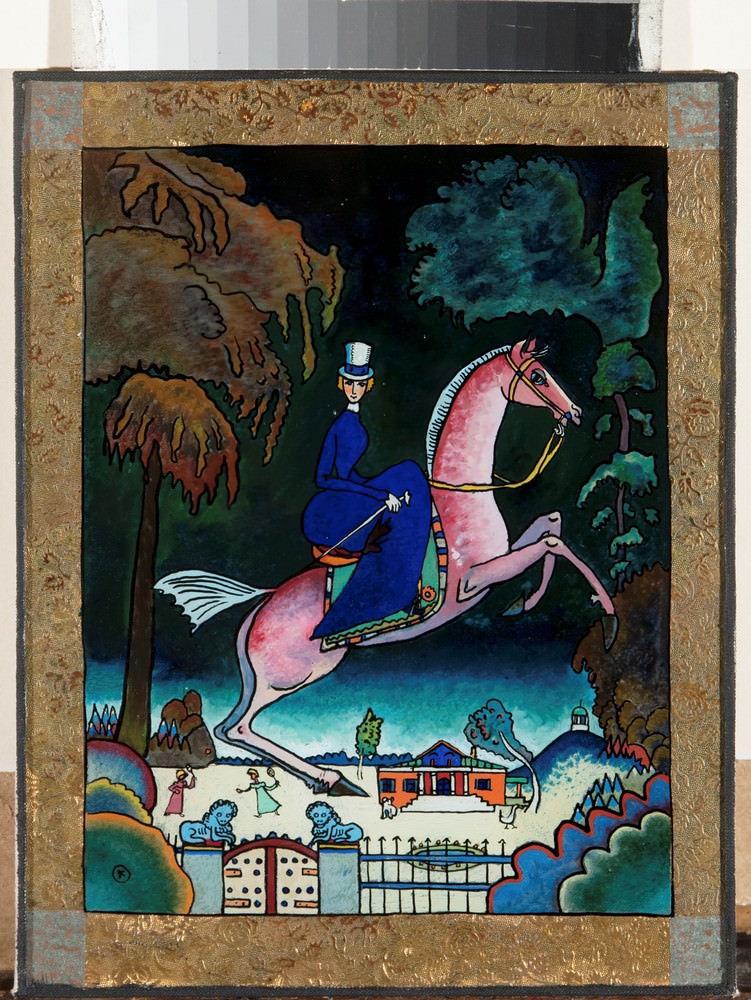 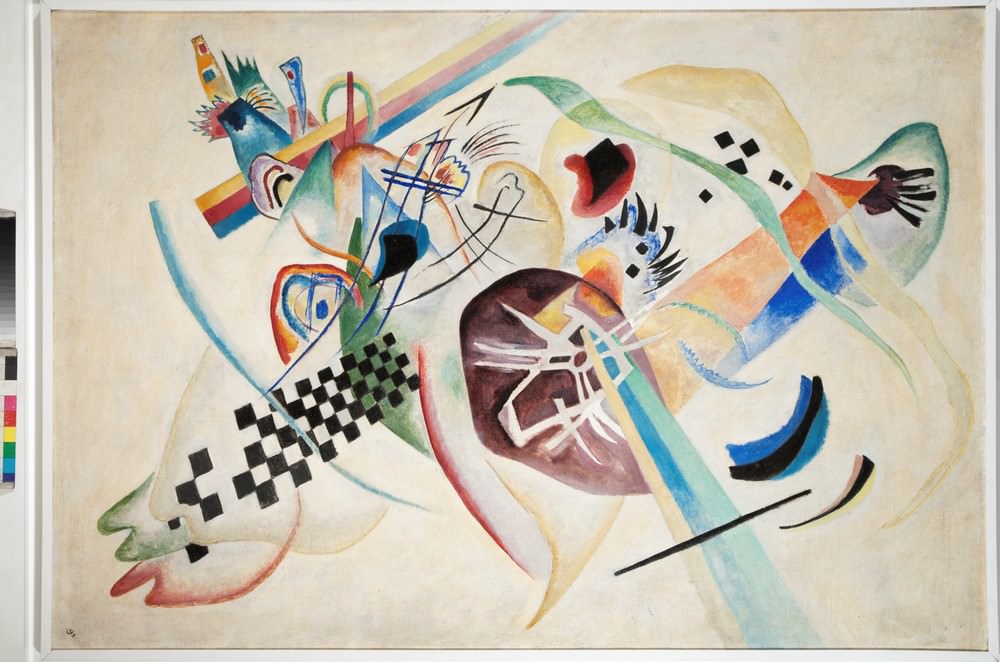 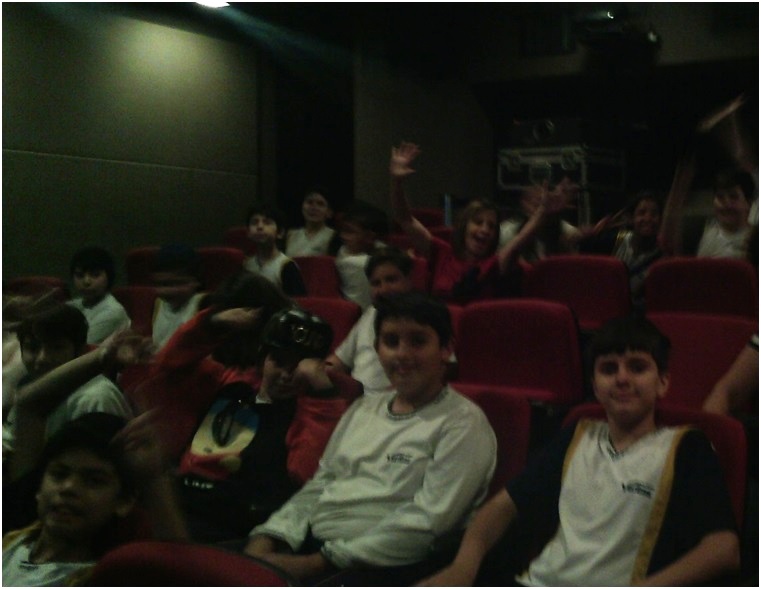 Veritas College students, Sorocaba, video about the life of Kandinsky.

Details of the ceiling of the hall of the Centro Cultural Banco do Brazil. 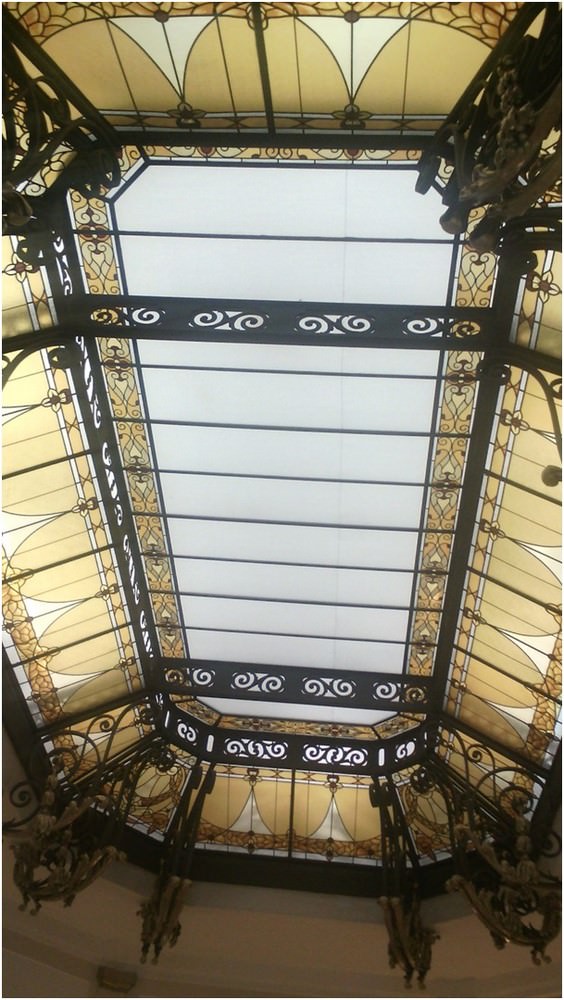 Details of the stained-glass window in the ceiling of the hall of the Centro Cultural Banco do Brazil.

Veritas College students, Sorocaba, in the exhibition the Centro Cultural Banco do Brazil. 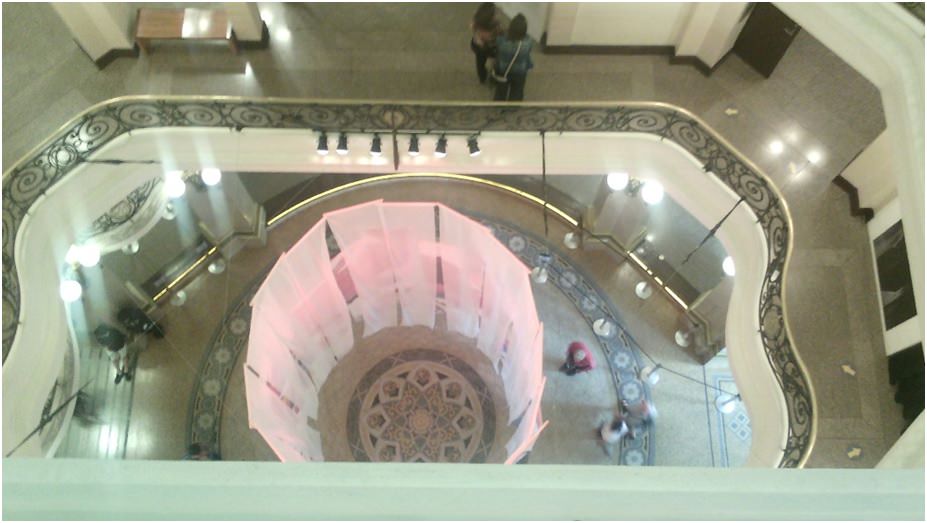 View of the balconies of the upper floors for the entrance hall of the Centro Cultural Banco do Brazil.

3 The Painter, who finds the satisfaction in mere representation, However artistic, in his longing to express his inner life, cannot but envy the ease with which music, the most non-material of the arts today, achieves this end. He naturally seeks to apply the methods of music to his own art. And from this results that modern desire for rythm in painting, for mathematical, abstract construction, for repeated notes of colour, for setting color in motion. (KANDINSKY, 1977, p.19)

4 Concerning the Spiritual in Art