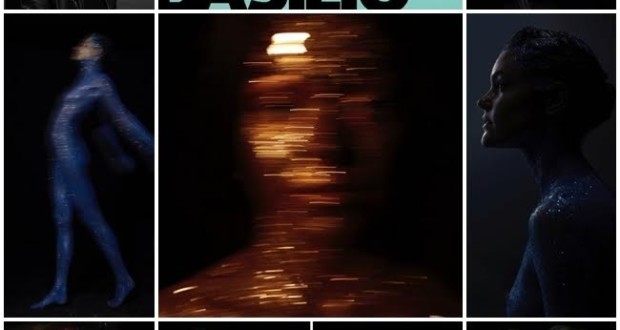 The light beyond the skin and the reverberation of the actions of our day, were subjects that inspired the brazilian photographer, Karine Basil, acting for 17 years in the world of fashion and stamping the country's most influential magazines, Karine stumbles upon a deeper breath which questions your freedom as an artist, giving home for the first time to a photographic work copyright with the exhibition Constellations. Formed in advertising, always interested in the image and your impact on the individual, interest which approached the universe of photography. Devoted an important part of your professional life in New York, specializing in institutions such as the School of Visual Arts and International Center of Photography, focusing his studies on pictures and people.

Working with templates, celebrities and show business names, the feeling of a photographer is that many people do not feel special by not being part of this universe, Therefore, for the project were selected through a digital platform, facilitating the gathering of individuals who do not necessarily are inserted in this context, but they had the mutual interest in this artistic exchange.

The techniques used have helped the process of breaking aesthetics, at low speed, accompanied by flash and light continues, they turned the Glitter that was used as a raw material. A diversification, unintentional, was created because using this set of techniques, with the movement and reflection of light, that moment can never be replicated.

The analogy between the macro and the micro, It is also something has always fascinated the artist. "At the same time we're microscopic and insignificant before the immensity of the universe, We can be our own universe and these relationships who determines it's our mind. "

The result of the 4000 images made in three working days were a selection of seventeen pictures that bring in addition to much beauty, in a number of ways, feelings of space and interior universe, anyway, the Constellation Karine Basil.

The series Constellations It took a year to be finished and can now be seen from the day 21/11 on INN Gallery, in the gardens in São Paulo.