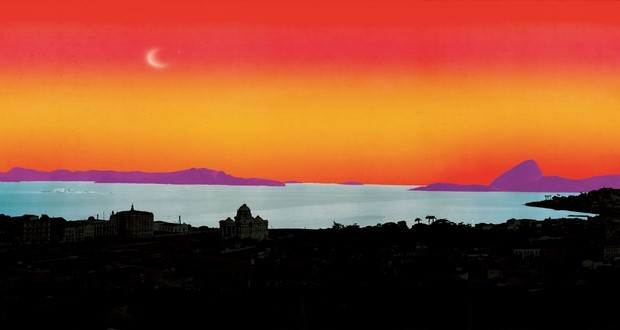 With trouble chart edição fine art brings images of important collections and original illustrations, icons of each project, maps and prints of the city of Rio de Janeiro created exclusively for publication.

Rio de Janeiro Lost and Recovered, TIX Editora, 200 pages, R$ 100,00, It presents two chapters important buildings of the last century that disappeared from Rio landscape, and others, preserved, They were reintegrated into the urban landscape of the city in style with use of adaptation and purpose.

With a foreword by Alfredo Sirkis, brings over 80 various collections such as the National Library images, Museum of Image and Sound and Iphan and about 30 original illustrations, icons of each project, maps and Rio city prints created exclusively for the publication that receives impeccable graphic whim.

“This book touches the life and death of cities, but on a human scale. That the buildings that labor, architecture, engineering and economics at some point understood build and, another time, under market or, often, decisions of political power, literally disappeared from the map. They were lost to current generations, while the city was modified, crescendo, changing its mobility modes, housing and job requirements, distribution business, formats and modes of trade”, Alfredo Sirkis writes in the preface. “There is a Lost River. I was there, but no more. Some of their spectra no longer populate the memory of anyone alive. We find your black and white images in the old photo books of our city. No one is alive to remember the Help Convent, the pavilions of the exhibition 1908 and of 1922 or Morro Castle itself. Others remain in the memory of the generation older. Yet another in our, middle-aged", complements to editora Ana Borelli. 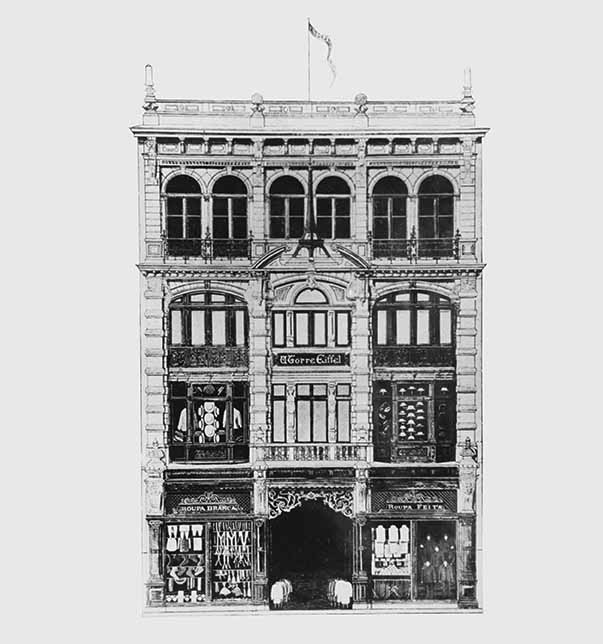 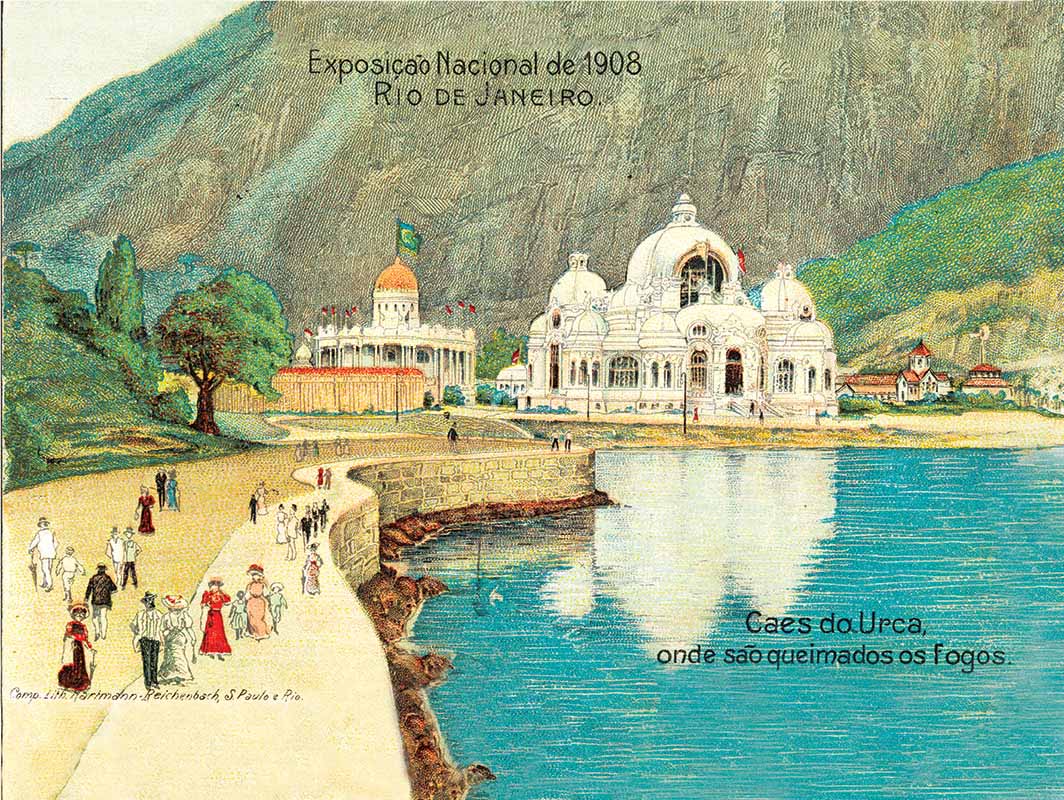 The book deals, therefore, City Memory. The publication offers the reader the opportunity to meet some historical and architectural wealth of buildings, that can disappear from the memory of future generations, if not immortalized in cultural media such as books. As for example, the Eiffel Tower, in a building ethyl Art Nouveau built in 1905 at Rua do Ouvidor, no center, that housed a men's clothing store to 1967, when it was demolished to make way for a commercial building, or the beautiful Central Market Square XV, opened in 1907 and demolished 1962 to spend the Perimeter which has also been demolished. Or race pavilion built in Botafogo 1903 and demolished in 1928 to lead the way linking the landfill to Urca Beach, or Moorish Pavilion built in 1905 under eclectic architecture that was demolished in 1952 to give way to the tunnel Pasmado, or the beautiful Hotel Avenida, neoclassical and eclectic architecture dated 1910 and demolished in 1957 acclimatise to the Central Avenue Building, among many other examples that come to prominence in this issue.

Rio de Janeiro Lost and Recovered also puts the spotlight on the preserved buildings that, boot culture of survivors below, They were re-established urban city landscape, ratifying its best practice of preservation and modernity. "Buildings that survived to reach a time when the old" retrofitted "became cool. The building of South America and the Plaza Nigri, no center; a Villa Aymoré, in glory, the old Hotel Serrador and the old building of Standard Oil, the output Cinelândia, whose cinemas, moreover, They were almost all lost, with the notable exception of Odeon ", Sirkis remembers the text that presents the publication. 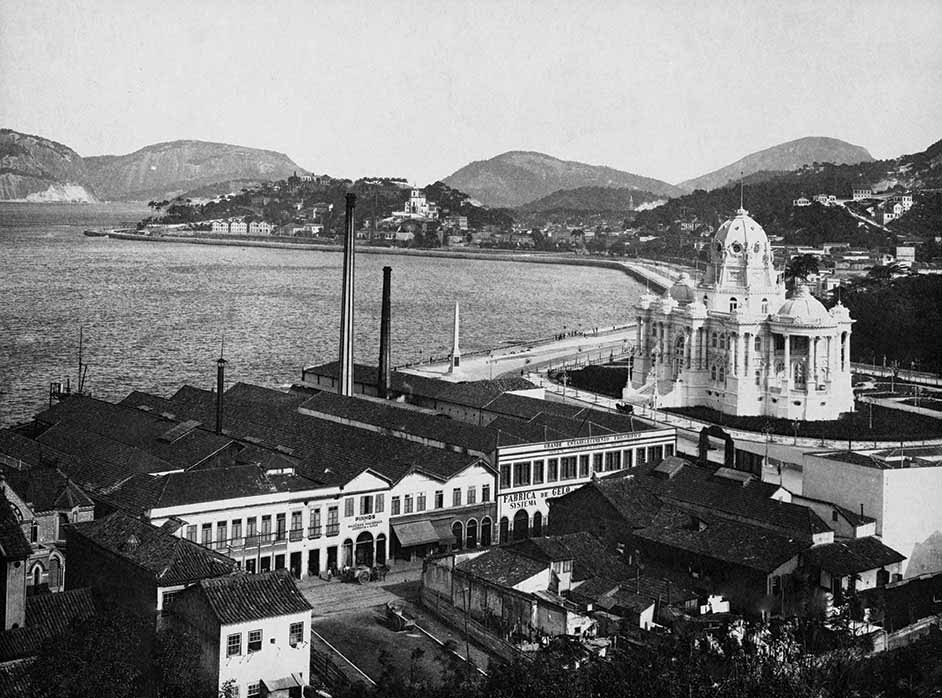 The creation of the project is the publisher Ana Borelli, which was also responsible for selecting projects, art direction and editorial coordination of the project that won as bossa a special line of stationery linked to the content of the publication, drawings, illustrations and a card game that can be purchased part. As the book, entire product line is available to the player in major bookstores in the country or through the publisher, (the site is under construction).

Rio de Janeiro Lost and Recovered CAU received the sponsorship of the RJ-, Tempore of Engineering and Engineering Lafem. The book launch will take place on 03 October, Thursday, from 18:30 on Ipanema Travessa Bookstore.

Created in 2009 by Ana Borelli in partnership with Alfredo Sirkis, the publisher proposes the publication of art and architecture books, memory, city ​​and culture in general. The books are created in limited runs, luxury finishing and design and edit them are fully developed within the company. Creative director of the publishing house, the architect Ana Borelli, believes that books should be treated as objects of art and remains ahead of all stages of the publishing process. In 2017, the TIX gets a new arm, IYA a company dedicated to creating designs, illustrations and a special line of stationery linked to the content of each project and get to work developing visual identities, brandings and art direction for third party projects. In the list of upcoming titles to be released are, among others Sergio Bernardes - Projects for the City of Rio de Janeiro and São Cristóvão Imperial Neighborhood. The publisher's catalog highlight important titles that emphasize the city's history, architecture and art, such as I think City; Jean Nouvel; Indio da Costa; I Suburb; Urban Ecology and Local Government; Gallery South America; Lila; Peninsula; Megalopolis; Mangue Vivo; Effect Marina; Indio da Costa - Air as Architecture; Fernando Chacel Tribute; Carioca Architecture Today; MMM Roberto, among others.

Palace Monroe (demolished without reason); Elixir of Nogueira (Gearing) in glory (to a building in place); Fountain of Carioca (for the implementation of Largo); Ancient pavilion of Industries in Largo da Misericordia (to make a square); Moorish Pavilion at Praia de Botafogo (give way to the gaping tunnel); the House of America and China (demolished after the store closed); the Palace Martinelli – Gearing, at Avenue Oswaldo Cruz (demolished to make way for a building residecial). 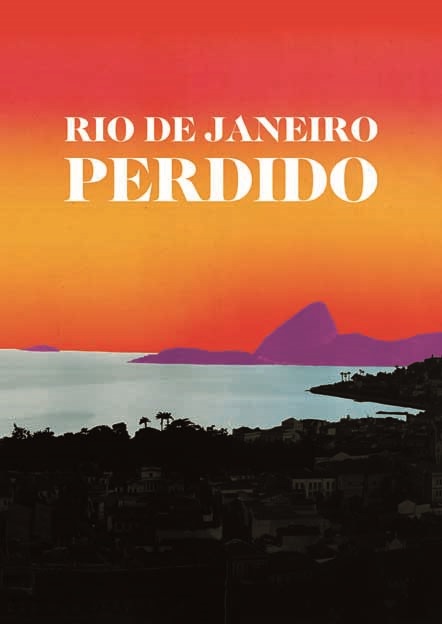