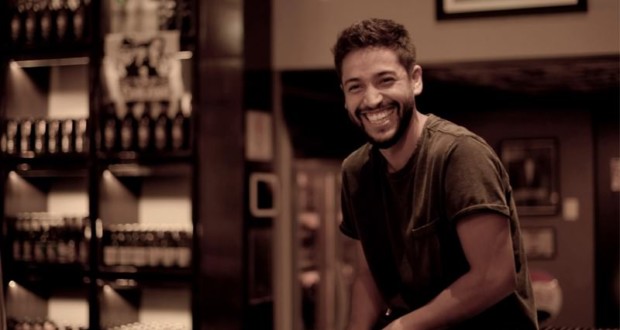 The singer Leandro Léo presents next Friday, at 9:00 pm, the show of his first album "Birth" in the theatre of the Armory. The album was produced by Maria Gadú and Maycon Ananias, is a fervent disk, warm and inviting. Recorded at the legendary Studio "Bandit's Lair" (RJ), that belonged to Tom Capone, with the collaboration and involvement of songs from first Carat with Rodrigo Nogueira, Thiago "Big" Rabello, Lancaster Pinto, Doga, Ferdinand Mug, Cesinha, Gastão villeroy, João Vianna, Ferderico Puppi, In addition to the special participation of his brother Vinicius Ball in the song "the end of romance".

Born in São Paulo, in 17 August 1987, the actor, singer and composer, houses in your luggage large artistic experiences accumulated since childhood.

Joined the team of the defunct “Innocent People” (2002) Rede Globo, ran Brazil, United States and Europe performing alongside Maria Gadú between 2009 and 2011, and 2010, He participated in the recording of the DVD "Multishow live".

The song "João de Barro", Leandro Léo, that was part of the Repertoire of the shows on the tour and the DVD, is today one of the most requested songs in concert by the public of Maria Gadú, inside and outside the country.

Previous: Free event on Panamericana – School performs the 1° arteScambo
Next: String ensemble of Chamber Orchestra of the city of Curitiba presents Octets this Sunday