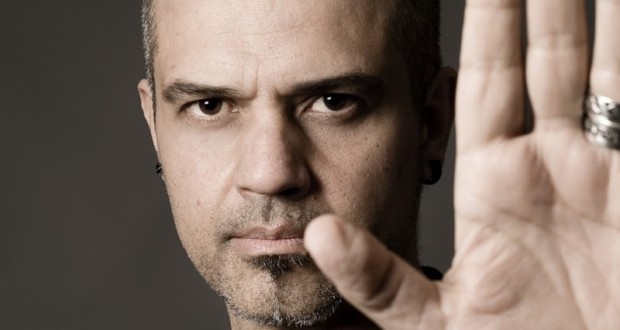 The miner Leo Minax makes only presentation next Sunday (6) in Curitiba to release their latest album "It that wasn't written", recorded and released in Spain in July 2015. "It wasn't written" is the seventh album of the artist who performs for the first time in the city. The show will be at 7:00 pm, in the theater of the Armory.

Like his previous CD, This new album featured percussionist Borja Barrueta and bassist Pablo Martín Caminero for the recording sessions. In this new album Minax, back to present his acoustic sound, with a new collection of unreleased songs, among which stands out the his first partnership with artist Curitiba Star Leminski.

In addition to the songs on the new album and recorded songs in previous albums, Leo – partner of Uruguayan Jorge Drexler – also includes in her repertoire songs recorded recently by another artist Curitiba, Juliana Cuts.

Leo Minax has collaborated with many artists throughout his career and develops, There are very, his own musical language in his work of composition, singing in Portuguese and Spanish, marking his career in Spain, where lies many years ago.

The music, disks and Leo Minax presentations have reached many countries. Their songs were recorded by Jorge Drexler, Ana Belén, Diego Vasallo, Ximena Sariñana and many other artists. He has worked alongside Arnaldo Antunes, Vitor Ramil, Paulinho Moska, Toninho Horta, Ronaldo Bastos and Lô Borges, among other great Brazilian artists.